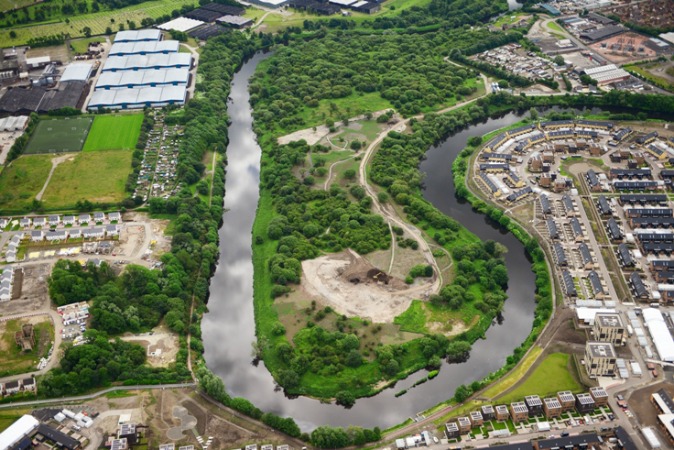 We’re working in partnership with Clyde Gateway on a really exciting Legacy 2014 project that’s transforming 15 hectares of derelict land on the banks of the River Clyde into an attractive woodland park called Cuningar Loop.

We are working hard to make sure Cuningar Loop is perfect for all of our visitors. The new park is really taking shape and we can't wait to share it with you when we open later this year. We are hoping to hold 'Come and Try' events at Cuningar Loop in the late summer and will publish details on the website closer to the time.

Sitting opposite a new residential development called The Village - previously the Athletes’ Village for the 2014 Commonwealth Games - Cuningar Loop is just off Downiebrae Road by Dalmarnock Bridge, close to Dalmarnock, Farme Cross and Rutherglen.

The new woodland park will feature an extensive path network, an activity zone, including - a bike skills park, bouldering park, adventure play facility and a trim trail, along with seating areas, a large meadow and an outdoor classroom. 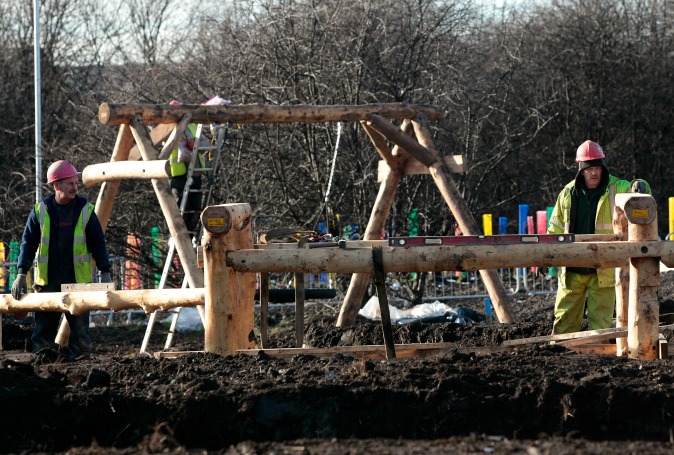 The site is looking fantastic. It’s incredible how quickly it has changed in the past three months.  Every day it looks less like a construction site and more like a woodland park.  The activity zone is progressing at speed. 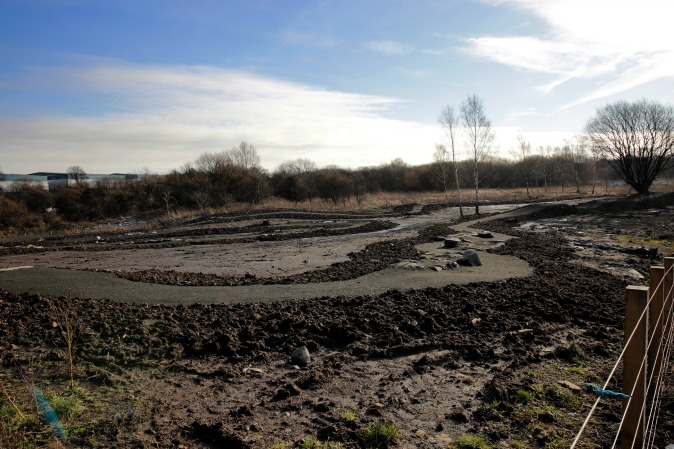 The four tracks for the bike skills park have been designed and the finishing touches are now being added to complete the balance track, beginners track, improvers track and pump track. Cycling Scotland has been involved throughout the design process and recently visited to see the tracks in development. 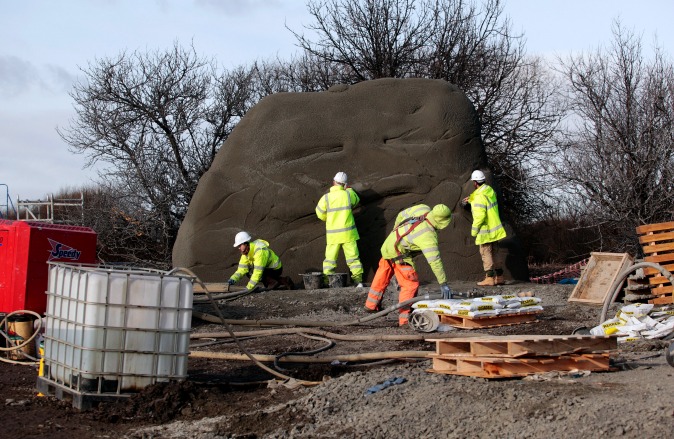 The bouldering park is nearly finished. The nine boulders are in place, the concrete has been sprayed and a team of sculptors and a route-setter have carved and shaped the boulders to create a range of technical features to suit beginners right up to experienced climbers. 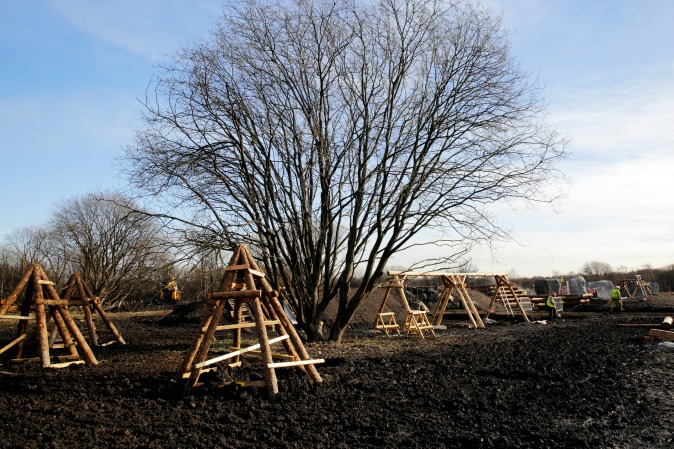 Landscape architects, Davies White have designed the adventure play area, which has a central feature with a range of smaller play items including a zip slide and den making area to create challenging play activities for children and young people. 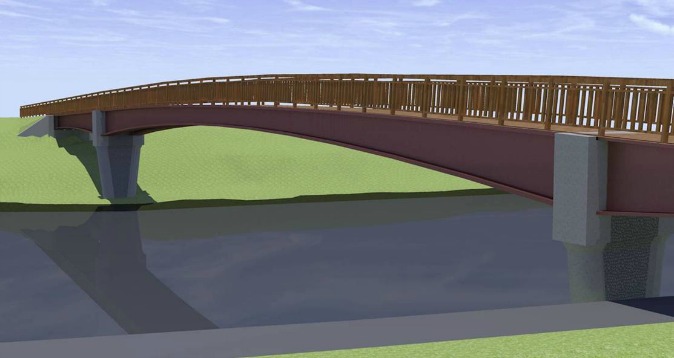 The next big piece of work to take place is the design and build of Cuningar footbridge. The work is set to start in the next few weeks. Clyde Gateway is working with Glasgow City Council to design and deliver the development of the 100 metre steel and timber footbridge which will connect the new woodland park to the new residential development, as well as Dalmarnock and Bridgeton communities. 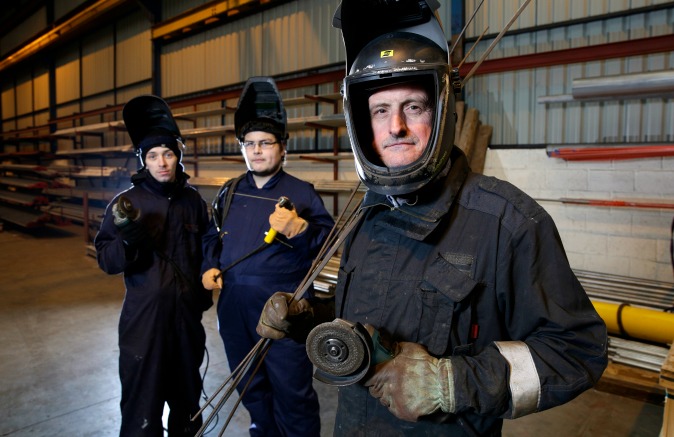 We have two fantastic artists in residences, Rob Mulholland and James Winnett who have been working with a range of community groups over the last two years to encourage locals to get involved in the transformation of Cuningar Loop.

Rob is working with three young people from Dalmarnock on the initial stages of his five and half metre high sculpture, which will stand at the Downiebrae Road entrance of Cuningar Loop. He has been teaching sculpturing techniques and rod welding. 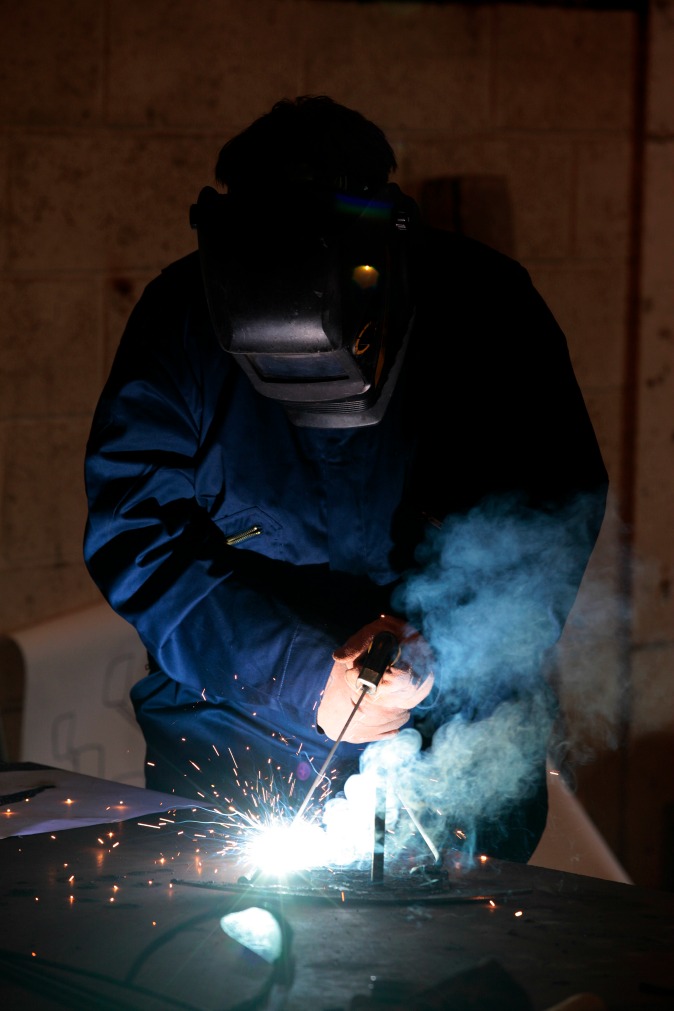 The volunteers are in the process of creating their own sculpture which will be installed in Cuningar in early summer, 2015.  Rob has really enjoyed transferring his sculpting skills to the young people who haven’t worked with materials in this way before. 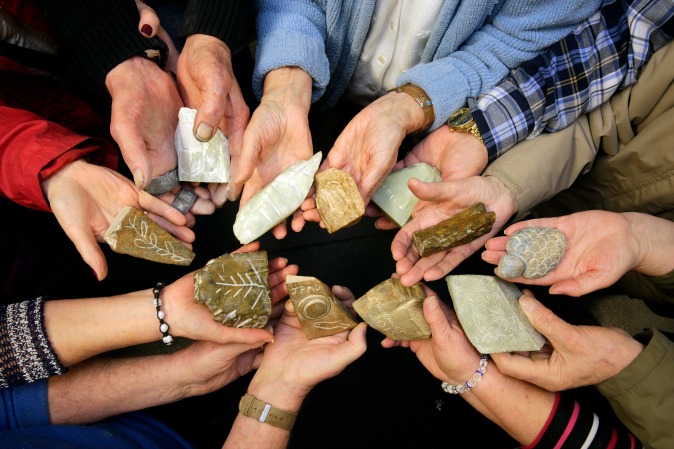 James is working with community groups to develop his ‘Cuningar Stones’ project, which involves creating 15 large carved sculptural works for a public installation, which will be used throughout the new woodland park.

The large sandstone blocks have been recovered from beneath the surface of the new park where rubble from the Gorbal’s demolition lives.   The Discovery Group from Rutherglen recently took part in a sandstone carving workshop.

The group had never done anything like this before. They loved the learning experience and the group commented that they can’t wait to take their grandchildren to the new park and show them pieces of art they’ve worked on. 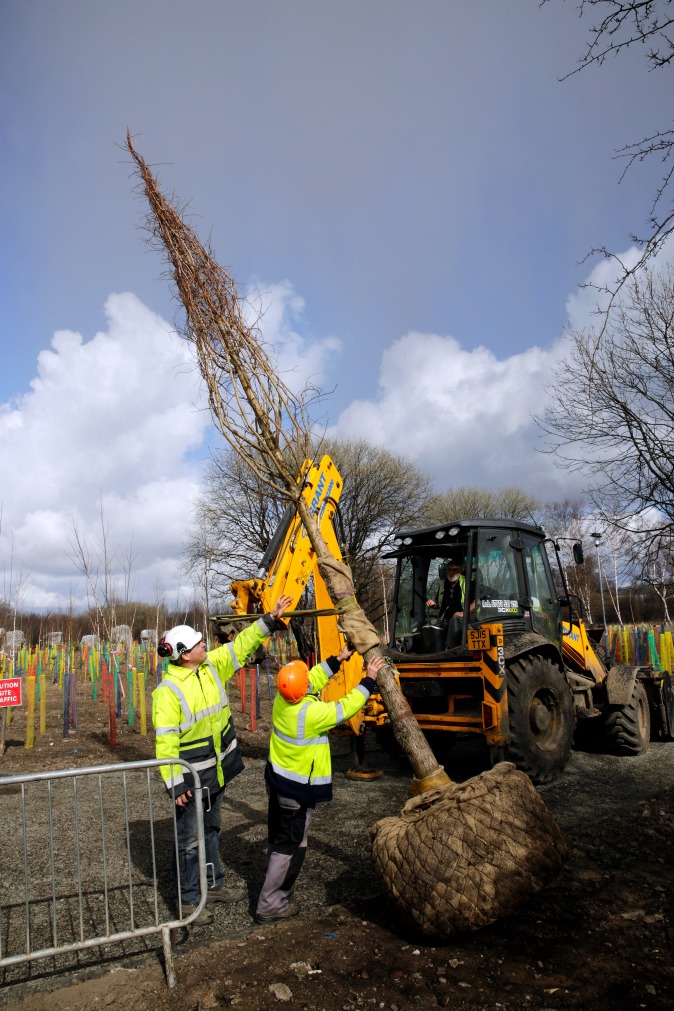 Local company, Sackmaker J&HM Dickson Ltd donated a Dawn Redwood tree which was planted on site last month. Sackmaker wanted to celebrate their centenary by doing something lasting for the local community. They started making sandbags during the First World War in their old factory on Millerfield Road, which is now the site of the Athletes’ Village. 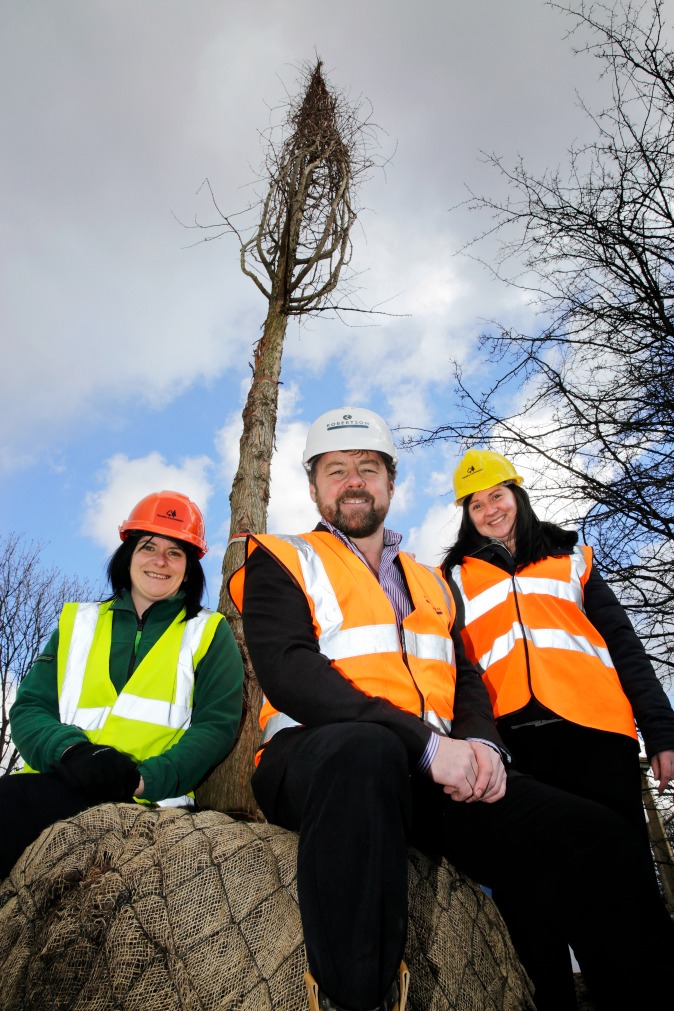 The Dawn Redwood has beautiful colours and can grow to over 200 feet tall (60 metres). The texture of the bark is similar to traditional jute sacks and is a great fit to mark Sackmaker’s centenary.

As you can see, lots of activity is happening behind the scenes before we open in late 2015, exciting times ahead…