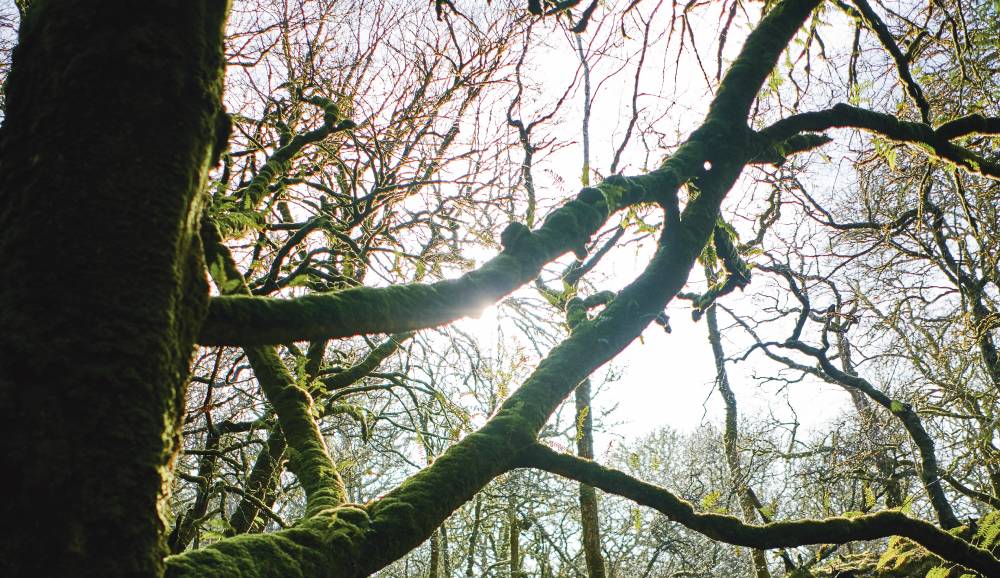 We love trees here at Forestry Commission Scotland. We know you guys love trees too. So to celebrate National Tree Week we’ve put together a list of some of the most impressive trees out there.

While several species can be found on Scottish shores, you may have to venture further to see others. And some you may want to avoid altogether. 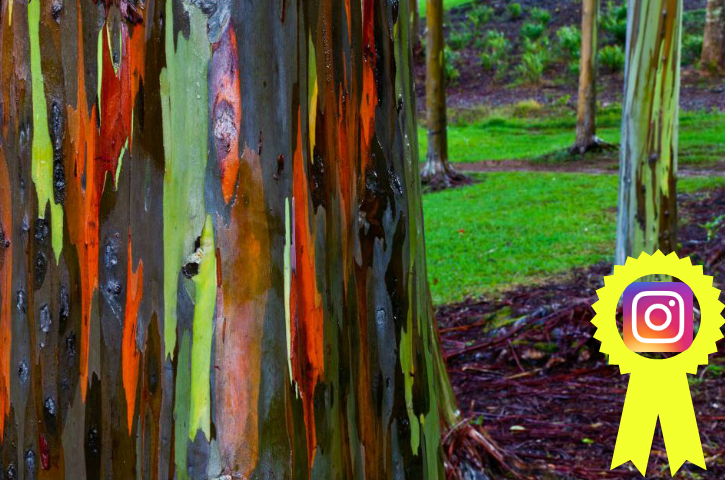 Trees showcase some of the most impressive colours in nature. But when we talk about colourful trees, it’s usually the leaves we’re referring to. Behold the stunning rainbow eucalyptus, whose bark is a mix of vibrant colours.

Patches of outer bark are discarded throughout the year, revealing an inner bark, which turns all the colours of the rainbow in summer. You can spot the tree growing natively in Pacific locations such as New Britain, New Guinea and Hawaii. 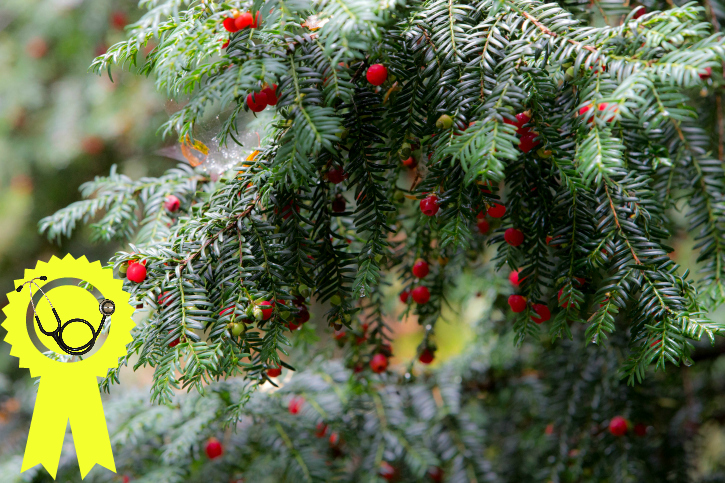 Yew trees are one of the oldest living trees in northern Europe, bearing bright red fruits instead of cones. While the leaves and seeds of the trees are lethal if eaten, certain chemicals in the tree are used to create chemotherapy drugs. Poisonous alkaloids, known as tanaxes, stop human cells splitting into two, and can be used to stop tumour growth. 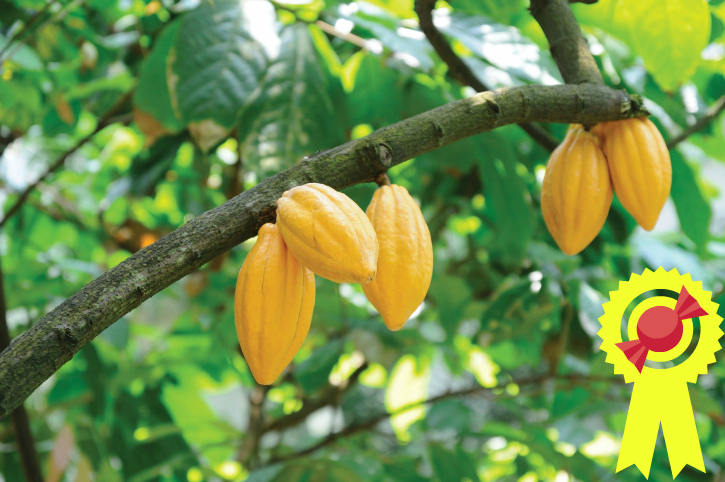 You’ve probably heard of the cocoa tree due to one of its main products: chocolate. We don’t see them growing in Scotland as they need the right conditions to grow and are found almost entirely in a narrow belt either side of the equator.

The trees produce pod-shaped fruits, which are filled with 20 to 60 seeds, called beans. The beans are then dried and partially fermented, after which they’re sent for the chocolate manufacturing process to begin. A nib is extracted from each bean, once it has been cleaned and roasted, and is liquefied to produce chocolate liquor. From here, the liquor is blended to make the many chocolately products that we know and love. 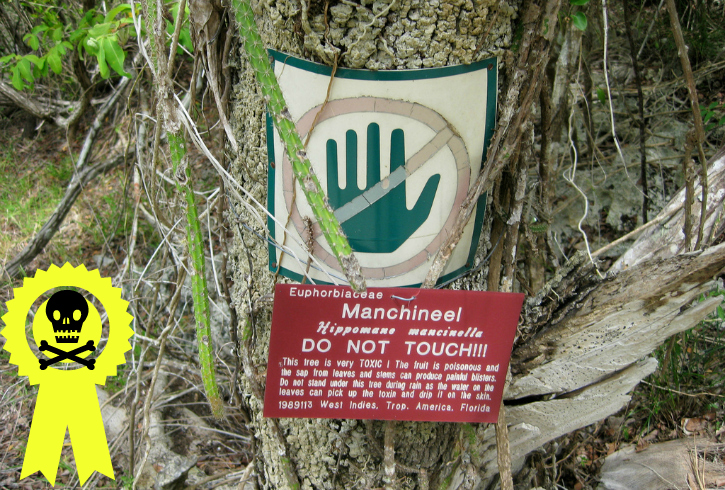 If you’re ever visiting the mangroves of the Caribbean, Central and northern South America, make sure to give any manchineel trees you see a wide berth. Sometimes referred to as manzanilla de la muerte, or ‘little apple of death’, the tree contains a mix of toxins, making it one of the most dangerous trees in the world.

The sweet crabapple-like fruit and sap both lead to a range of unpleasantness; symptoms range from vomiting, bleeding, blister like burns, and severe breathing problems.

Best to be in awe of - Pando, the Trembling Giant

If you go down to the woods in the Fishlake National Forest in Utah, you’re in for a big surprise. This surprise comes in the form of the enormous Pando, the Trembling Giant, a colony of male quaking aspen estimated to be nearly 80,000 years old.

What makes Pando fascinating is the fact that every tree in the grove is genetically identical, all sharing a single root system. The colony has spread over a whopping 106 acres and weighs around 6,000 metric tons. Wowsers. 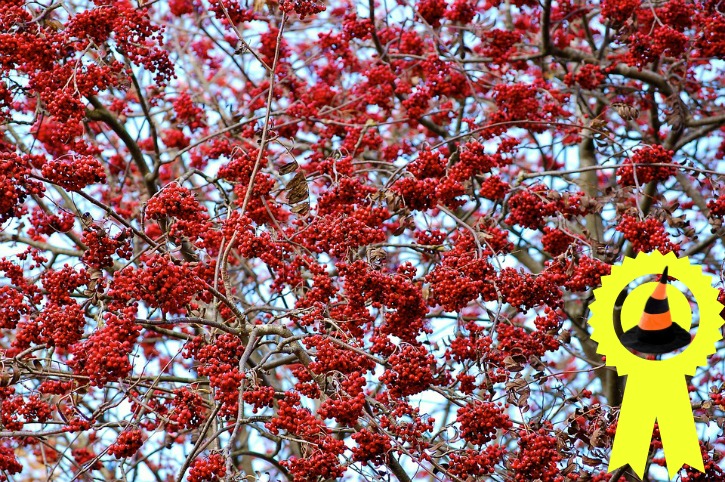 Easily recognised by its bright red berries, the rowan tree is a common sight throughout Scotland. The berries have a high vitamin C content, previously being used to combat scurvy, and are still used to make tasty jams and jellies.

Historically, these trees played an important part in folklore. The tree is said to protect against witchcraft and enchantment. Each berry has a five-pointed star or pentagram, traditionally seen as an ancient protective symbol. So, if you’re worried about any nasty spells being cast on you, a rowan tree may be your answer. 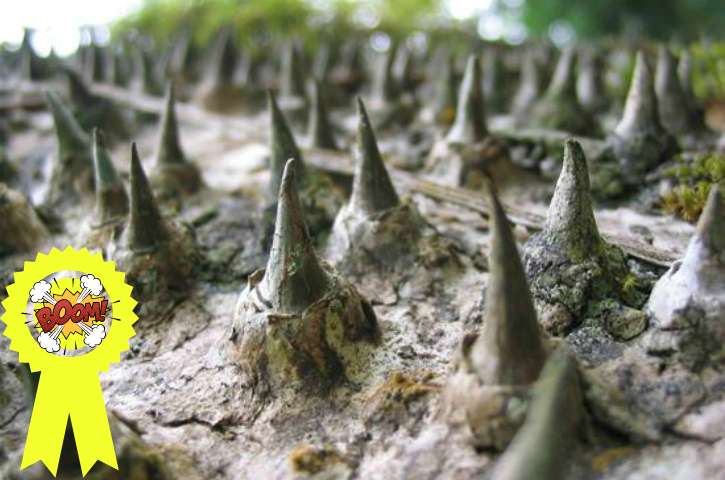 Found natively in tropical areas of South America and the Amazon Rainforest, the sandbox tree is easily recognised by the cone-shaped spikes that cover its bark. While the caustic sap and poisonous fruit shouldn’t be eaten, the sandbox tree is dangerous even at a distance.

Once the pumpkin-shaped fruits ripen they explode noisily, shooting their seeds at speeds of up to 150mph, up to 40m away. So, if you see a sandbox tree, make sure you have protective cover in case of fruit explosions!

The Scots pine was named Scotland’s national tree, and with good reason. It’s the only timber-producing conifer native to Scotland, and has more uses than you shake a stick at. Traditionally used to make ships’ masts, it’s now used for building, furniture, boxes, fences, telegraph poles and paper pulp.

They’re also great for hugging. The King of the Forest at Muirward Wood in Perthshire holds the title of largest trunk in the UK. With a girth of 6.09m, it’s perfect for a group hug. So next time you’re visiting, grab your friends and family, and see how many of you can fit round this beast of a tree!

We've only included eight trees here, but there are more fantastic trees out there than we can even imagine. Have you seen any amazing trees on your travels? Or even found your favourite here in Scotland?

Let us know in the comments below!