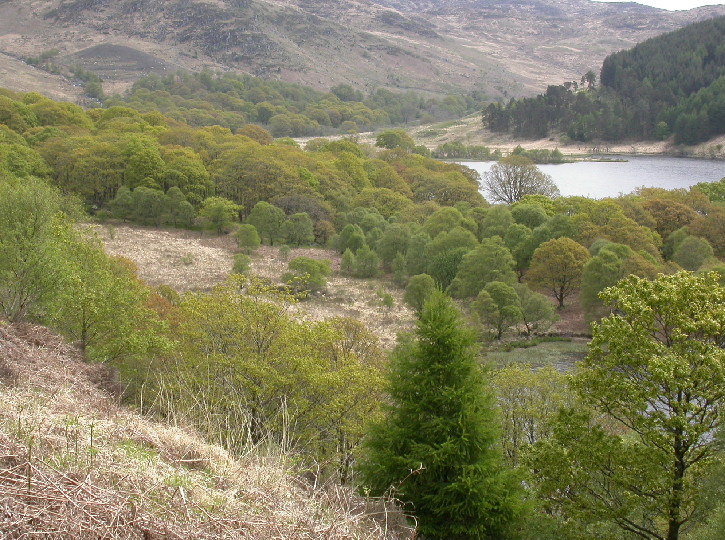 Around 1.2 million acorns have been collected in Galloway Forest Park as part of a project to expand and link native Ancient Oakwoods which will create semi natural habitats from the hill tops to the coast.

From such small acorns...

However the acorn crop in Galloway is very unpredictable and unproductive which means the expansion of native Oakwood is incredibly difficult to predict and manage. In 2013 it was rumoured to be a good seed production year but collections in Galloway amounted to a little over 6kg, producing around 1,800 saplings for planting with no collections in 2014 and 2015 due to very poor seed production years. 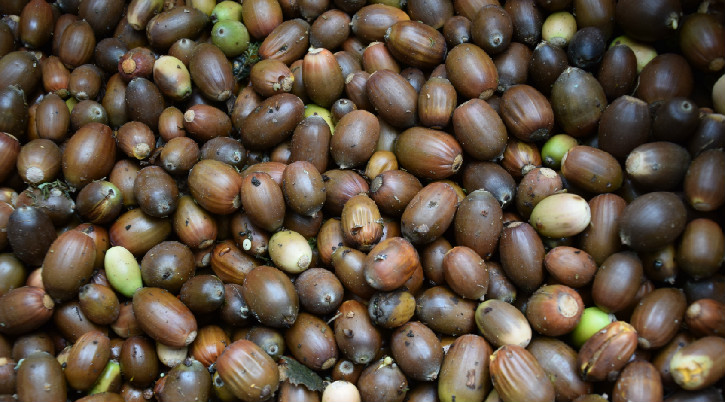 During the late summer the team in Galloway noticed the potential for a rare seed production year in the Galloway Oakwoods.

On inspection during the early autumn we noticed that we were in for a bumper acorn crop and the Environment and Forest Management teams began planning acorn collections.

The Environment District Seed Liaison Officer, responsible for identifying and registering native seed stands for the collection of Forest Reproductive Material, began searching and registering additional remnant Oakwood on the National Forest Estate.  This quickly doubled the number native Oakwood stands available for collection increasing the area by over 50 hectares.  By increasing the number of seed stands and the number of trees that the acorns can be collected from we increase the genetic diversity of the trees that can be used to create more robust woodlands capable of surviving any future threats.” 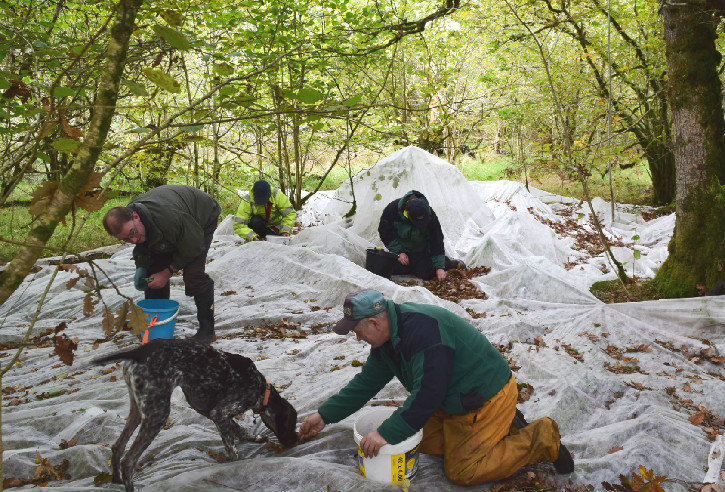 In the South of England where the ground is more fertile and Pendunculate Oak acorns are much larger they average around 200 acorns per kg, the native Sessile Oak in Galloway produced much smaller acorns averaging around 600 per kg.

Gareth continued: “Once collected the acorns are sorted before being sown into cells. Many of the acorns will be graded out as infertile and many more seedlings will be lost during the initial growth phase in the nursey as they compete with each other for light, but the collection should result in approximately 600,000 new native oak saplings for planting over the next 3 – 4 years, helping to restore and link ancient woodland remnants and create new native Oakwoods and enrich habitats throughout the Forest Park long into the future.”