30 kilos of hazel nuts were painstakingly hand-gathered to plant 4,000 hazel and 400 oak trees to create a new hazel wood in the Faery Isles, Knapdale, West Argyll.

The Faery Isles is a recently clearfelled PAWS (Plantation on Ancient Woodland Site) undergoing conversion back to native woodland. Establishing a hazel wood at the site is particularly important for lichens and bryophytes (liverworts, hornworts and mosses). Knapdale is home to some particularly rare examples of lichen such as the Golden Specklebelly. 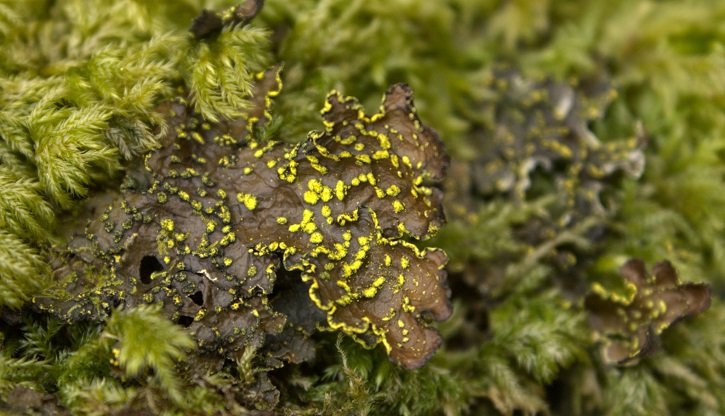 John Taylor, Environment Forester, West Argyll, said: “FES is committed to fully restoring 85% of PAWS on the National Forest Estate to native woodland.  Mostly this happens by natural regeneration from mature native trees growing on site, but in this instance the West Argyll Environment Team had carried out a collection of hazel seed the year before and so had very local provenance plants available.  Hazel is a relatively poor dispersing species because of its large seeds and its shoots are favoured by browsing deer; as such it can be hard to establish it on new sites and virtually impossible to create a new hazel dominated stand without some form of intervention.  This steep, north-westerly facing site is typical of many Atlantic Hazelwoods and was just too good an opportunity to pass up.”

Hazelwoods are stands of near pure hazel and are an important, but often overlooked, component of the Atlantic oak and ashwoods.

David Genney, advisor on bryophytes and fungi/lichens for Scottish Natural Heritage said: “Atlantic Hazelwoods are a distinct component of Scotland’s temperate rainforest. They’re particularly rich in lichens and bryophytes, many of which are absent or rare elsewhere in Europe. We’re delighted to contribute to this opportunity to create more of this beautiful and internationally important habitat for future generations to enjoy.”