Helping the pearl mussel to survive through sustainable forest management

Helping the pearl mussel to survive through sustainable forest management

The FES North Highland Forest District has the largest concentration of extant pearl mussel rivers in both Scotland and the UK, and the Environment Team has led efforts to conserve pearl mussel populations. 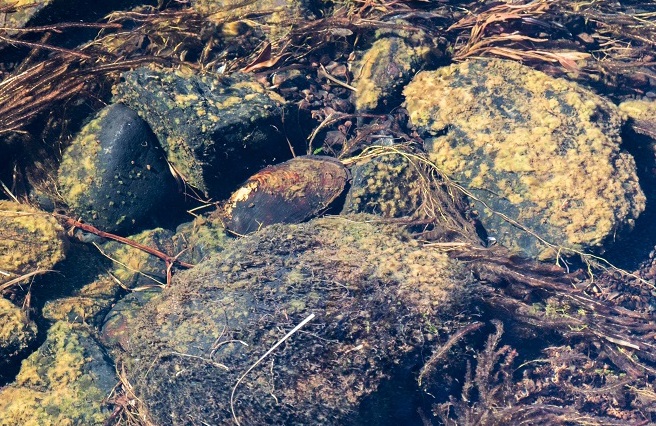 Work has been developed and implemented to aid the protection and recovery of this species. This started with a series of targeted surveys to find out where the pearl mussels were living and numbers. The results then helped inform forest management plans, including how to harvest a 30ha site of trees which blocked light from the water and provided large quantities of needles and cone litter directly into the water, which in turn blocked water space and nutrients available. 20 dams were carefully installed across the forest ditches and once harvesting began, surveyors monitored the effects and where necessary, installed additional dams. The dams dramatically reduced the amount of needles and cones in the water and hopefully enriched the nutrients in the water. This approach to forest management is considered to be best practice for all forested pearl mussel catchments. Felling and extraction were carried out by harvester and forwarder machines, with contractors being made aware of the sensitivity of the watercourse and their responsibilities when working in the area. 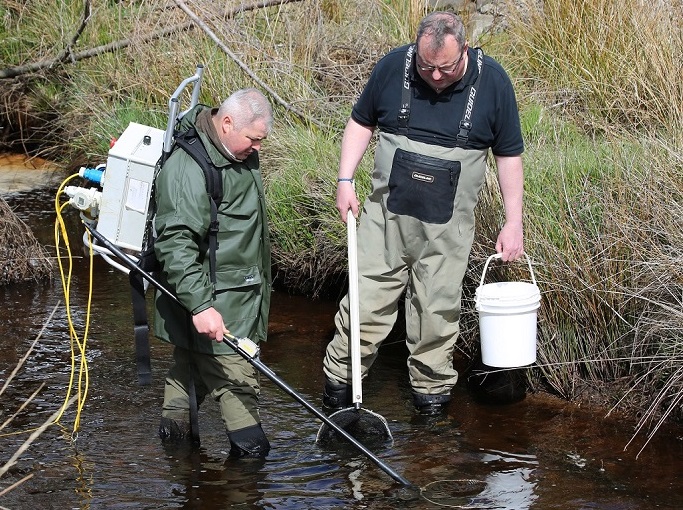 Neil McInnes, Environment Manager, said: “Protecting or improving the quality of aquatic habitat is fundamental to the conservation of this critically endangered species. Along with work to stop illegal pearl fishing, reducing the amount of silt entering watercourses is key to the species survival in one of its last global strongholds - the North West Highlands of Scotland. The methods for protecting the rivers, burns and lochs that are home to these animals are relatively straightforward and so by increasing understanding of what we need to do amongst machine operators and foresters we can combine really effective conservation action with everyday forestry operations.

The District’s work to aid the species has received recognition by two organisations. It recently won the Neil Findlay Trophy from the Royal Scottish Forestry Society as well as scoping ‘highly commended’ runner up place by the Chartered Institute of Ecology and Environmental Management in its annual awards for work contributing to knowledge sharing in ecology.

Neil added: “Old forestry practices from the mid twentieth century have left us a difficult legacy in some woodlands because drainage and ploughing practices were far more invasive in those years and the damaging effects were perhaps poorly understood. These old drainage patterns come to light again in felling operations and can carry silt straight into the sensitive habitats of both the mussels and the salmon and trout they rely on for a stage in their breeding cycle. So identifying where this is a risk and then putting some simple mitigation measures in place before, during and after harvesting is one way we can help the beleaguered bivalve on the road to recovery.”