Sitka Spruce
A moment in time: visiting a Scottish broch
Preparing our forests for the future
Seed to sapling
All in one view

John Muir: the Scots pioneer of the modern conservation movement 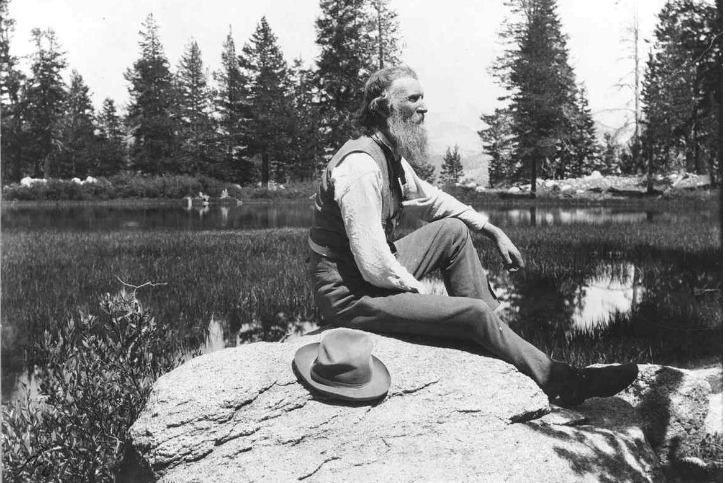 John Muir was more than an explorer; the Scottish-American was a writer, inventor, botanist, shepherd, geologist and mountaineer, and more. He inspired the creation of national parks, had walking trails named in his honour, has been featured on two US commemorative postage stamps and is celebrated each year on 21 April.

Credited for spearheading the conservation movement, Muir inspires people across the globe to explore the wilderness. We take a brief trip through his life, from childhood in Scotland's east coast to friendship with a US President.

John Muir was born in Dunbar, Scotland in April 1838. The third of eight children, he spent his childhood roaming the East Lothian countryside, looking for wildlife and discovering nature. However, he had to leave his beloved home at age 11 when his family emigrated to America.

He grew to love his new country, spending time inventing and reading, eventually enrolling at the University of Wisconsin-Madison eleven years on. Here, Muir developed his botany and geology knowledge, studying a range of subjects for over two years, working summers in the harvest fields.

After an accident almost left him blinded, Muir decided to return to his childhood love: exploring nature. He walked 1,000 miles from Kentucky to Florida, the wildest way he could, and took a trip to Cuba to study botany. He wound up in San Francisco, where he took his first trip to Yosemite in 1868 – a place that would change his life.

Muir lived on and off in Yosemite for around six years. He worked as a shepherd, in a sawmill and as a visitor guide. He built his own cabin, and began writing articles on the area that were published in magazines and newspapers like the New York Tribune. He connected with scientists and artists, and ruffled few feathers with his theory that glaciers shaped Yosemite Valley, not an earthquake, as previously thought.

Pushing for a National Park

Muir dreamed of protecting Yosemite so that others could enjoy the same pristine wilderness he loved. With the help of the associate editor of Century magazine, Robert Underwood Johnson, Muir planned to create Yosemite National Park, a 1,200-square-mile protected area. Congress passed a bill in 1890, thanks to Muir’s influence, making the National Park at Yosemite a reality.

His passion for conservation caught the attention of President Theodore Roosevelt. This resulted in the creation of five national parks and 18 national monuments during his time in office.

Muir spent the rest of his life exploring and writing letters, books, essays and articles. In 1892 he founded the Sierra Club, an environmental organisation with the motto: ‘Explore, enjoy and protect the planet’. The club promotes the responsible use of the earth’s ecosystems, and has over two million members today.

Muir died in Los Angeles in December 1914, survived by two daughters and ten grandchildren. His love of and desire to protect the wilderness has inspired generations of people to see nature as a home, pioneering the modern conservation movement. 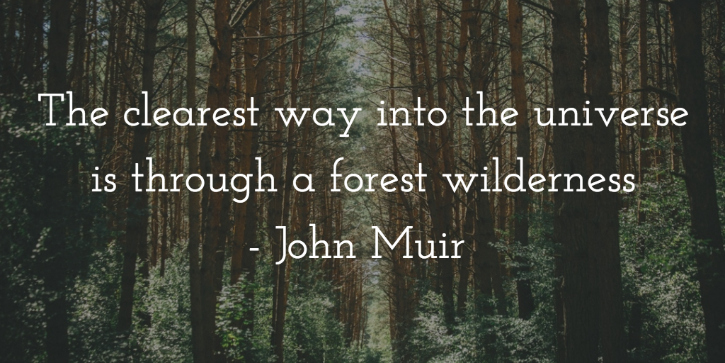 While Muir’s contributions to conservation are celebrated in America, his achievements are less known here. To help raise his profile, the John Muir Way opened in 2014, the centenary of Muir’s death.

The long distance route runs 134 miles from Helensburgh across the centre of Scotland, finishing at Muir’s birthplace in Dunbar. It takes users through countryside and cities, exploring the wild places that Muir would have loved if he’d stayed in Scotland.

100 years earlier in America, the John Muir Trail was mapped out. It covers 210 miles of designated wilderness in California, passing through Yosemite, Kings Canyon and Sequoia National Parks.

For the love of wild places

John Muir may have left Scotland at a young age, but his love of exploring the wilderness transcends geography. We can take inspiration from his writing and travels no matter where we live. There’s a whole world to explore, as there’s no better time to get out there!

Has John Muir inspired you to try exploring? Do you have a favourite piece of his writing? Tell us below in the comments section!

Note: the beautiful illustrations above are from John Muir, Earth - Planet, Universe a graphic novel published by Scottish Book Trust and Scottish Natural Heritage. Written by Julie Bertagna and illustrated by William Goldsmith. Find out more about the book here.

Sitka Spruce
A moment in time: visiting a Scottish broch
Preparing our forests for the future
Seed to sapling
All in one view