Let’s play Bird Bingo! Round 1: Birds in your garden
Back to
Blog

Let’s play Bird Bingo! Round 1: Birds in your garden 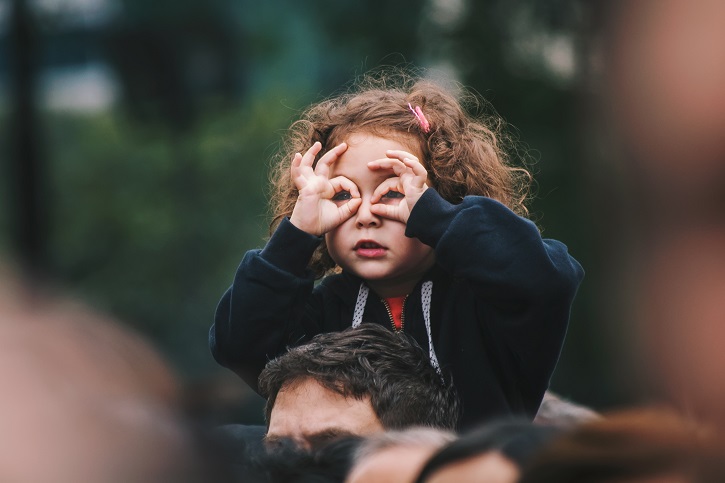 Just in time for RSPB’s 2019 Big Garden Bird Watch (26-28 January), we’ve pooled our ornithological knowledge and designed a quick reference guide to some of Scotland’s best-loved birds! It’s a fun game anyone can join in with - and in this blog post, we’ll give you a few extra facts about these bird species. Grab some binoculars, get the bird feeders set up, and let’s play… Bird Bingo!

The first card features six birds you should be able to see almost year-round in your back garden, on the village common, or in your local woodlands. If you manage to get all six on your first go, why not head to your nearest forest with a nature hide, and see if you can spot some of our rarer species? We'll post Round 2 tomorrow right here on our blog. 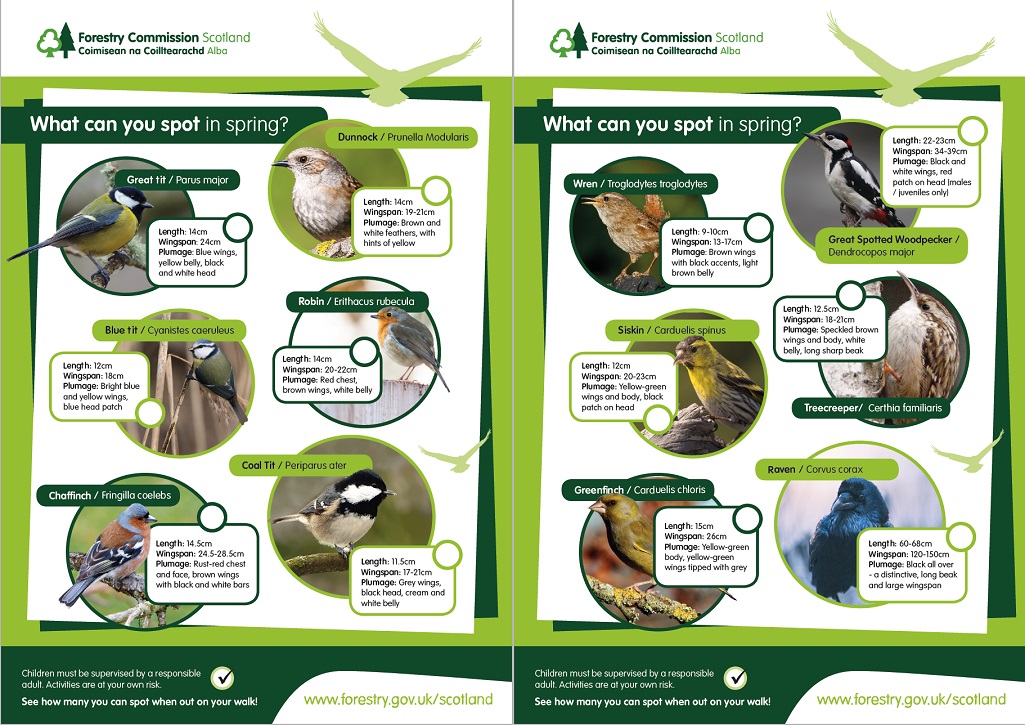 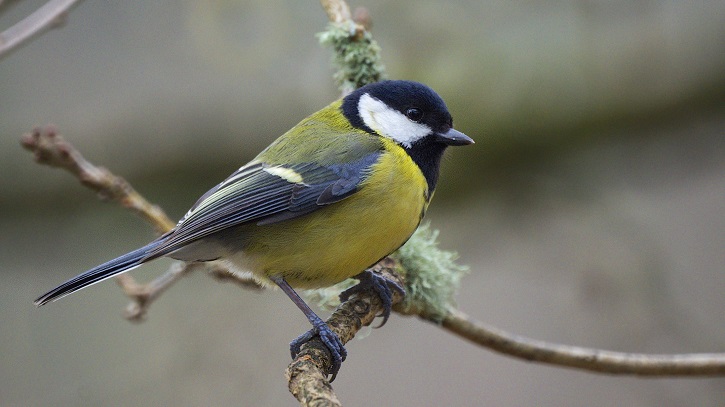 The Great tit can be found throughout Europe. They are generally a non-migratory species, and can be commonly found in the UK year-round, especially in spring, often nesting in small holes in walls, or trees.

Identify them by their distinctive black faces, white cheeks, olive wings, and vivid yellow bellies, or listen for their double-note call in your local woodland, or in your back garden. There are approximately 2 million pairs of Great tits in the UK - so they should be one of the easier birds to spot! 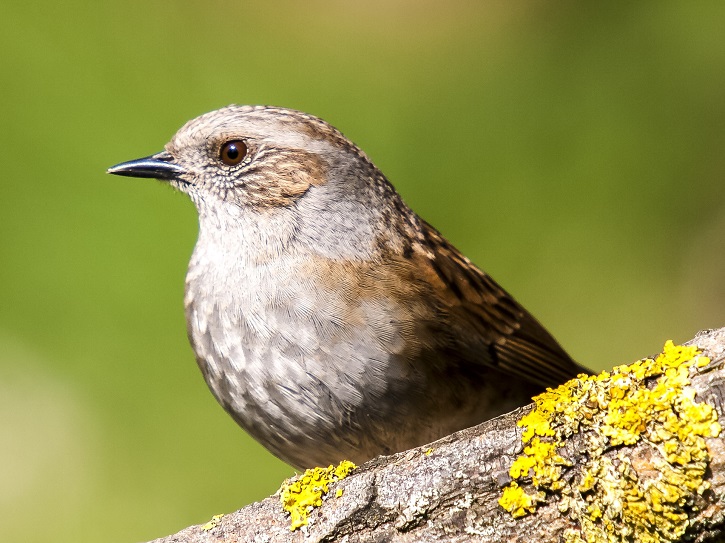 The tiny Dunnock is a ‘passerine’ or ‘perching’ bird found throughout Europe. A common name for this bird is the hedge warbler, thanks to its distinctive, multi-part call. The ‘dun’ part of its name refers to the soft brown colour of the feathers, while the Latin word ‘prunella’ means ‘melody’.

Dunnocks are very territorial - both their trilling calls and their wing-flicking behaviour are used to establish superiority and mating rights. Dunnocks keep low - you will see them close to the ground, and on fences, posts and walls. 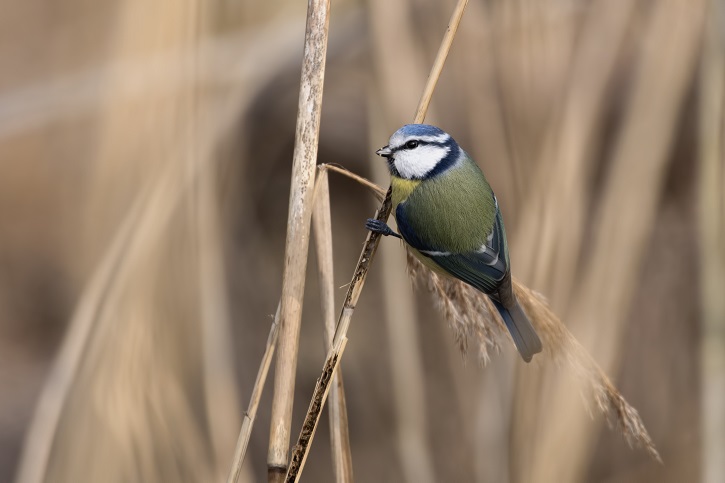 The Blue tit is another of the UK’s most familiar birds, with its bright blue and yellow plumage. Largely non-migratory, you have a good chance of spotting them in your garden even in winter. While you might tempt a Blue tit with bird feed or seeds, they prefer to feed on insects and spiders.

Their call consists of two short notes and three faster notes - it’s a clear, recognisable sound, and much easier to hear than these tiny birds are to catch sight of. In winter, Blue tits often form flocks and forage in groups. 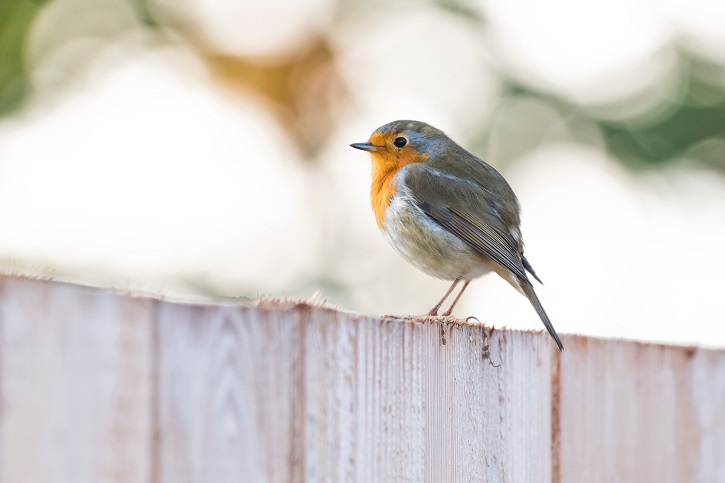 The European Robin is perhaps the UK’s most beloved bird - the subject of more songs, poems and paintings than any other species. Found throughout Europe and beyond, they are sometimes referred to as ‘flycatchers’ due to their diet of insects and grubs.

We tend to associate robins with Christmas, but they too can be found in the UK throughout the year. We think of them as cute, but Robins are one of the most territorial species of birds, and will aggressively defend their nests and feeding spots. Their call is a warbling, flute-like sound, which changes character slightly with the seasons. 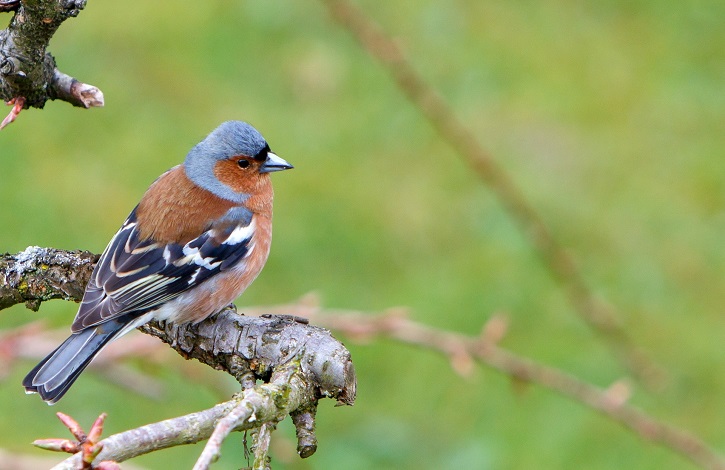 The Chaffinch is the easiest to spot of the Finch family. Their bright plumage is rust-coloured, with a light blue cap covering their face - more brightly-coloured specimens are the (much noisier!) males, who sing to attract a mate during spring. The call of the Chaffinch is not unlike the ‘pew pew’ sound made by laser guns in the Star Wars movies!

Chaffinches tend not to cluster around bird-feeders, but you might find them picking any scraps or dropped crumbs from the ground. A very successful species, one of the UK’s most common; like the Dunnock, you will hear them before you see them. 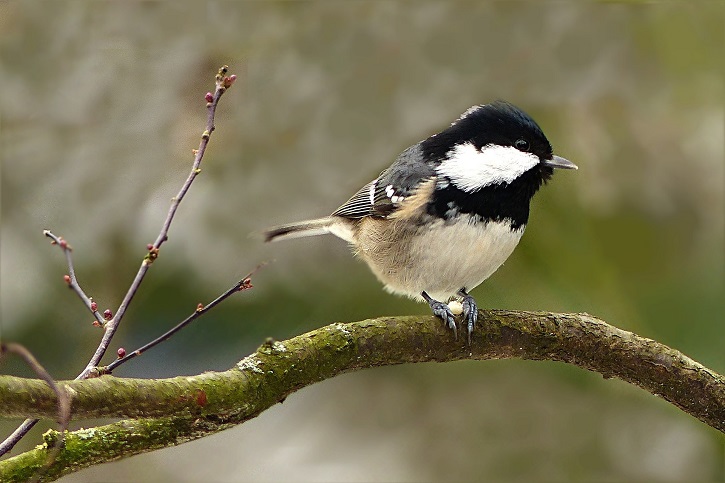 Coal tits like coniferous trees, so they are a little harder to spot in your garden than other small birds. The white spot on the back of its head makes it a bit easier to distinguish from similar-looking species.

You may see them feeding and foraging in small flocks during winter, sometimes even with other small species of tit, calling to each other with their distinctive trill. They like to nest near to the ground, in tree stumps or other covered spaces, and they lay their eggs around May.

Want to do more bird-spotting? Take part in the RSPB's Big Garden Birdwatch.

More from our blog about bird species in Scotland: