Wildcats are one of Scotland’s most endangered animals and their conservation and protection is of the highest priority. As with other endangered species, we work hard to protect them as part of our sustainable forest management.  Our aim is to ensure that wildcats can thrive in Scotland's forests. 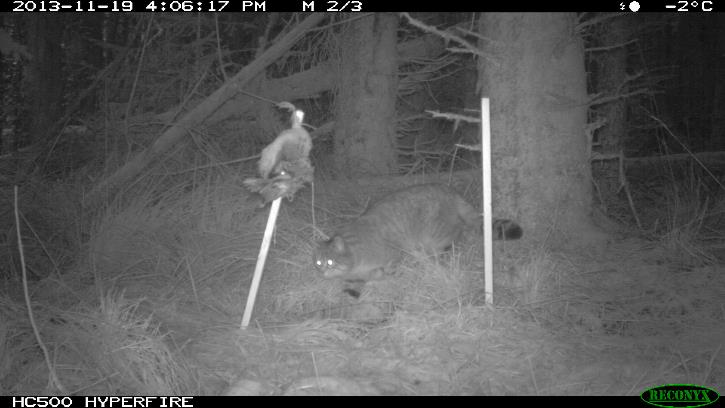 Clashindarroch was planted decades ago and is now managed by Forestry and Land Scotland. Each year, approximately 90 hectares of timber crop is felled.  That’s just 1.3% of the whole forest area.  At any point in time, the vast majority of Clashindarroch is totally undisturbed by these forestry activities, so wildcats will always be able to find quiet areas.

Sustainably managed forests, involving well-planned timber production, offer an ideal range of habitats for wildcats; with lots of edge habitats, which the wildcats use for moving through the forest, and clear fells and replanted sites that are full of voles – one of the wildcats favourite prey items!

Clashindarroch and the surrounding farmland provides everything that wildcats need, which explains why there is still a population in the area. So how do we make sure that there are no wildcats around before we start felling?

There are strong checks and balances in place at every stage. Firstly, our forest management is independently certified as meeting international standards of best practice – and that includes meeting requirements for looking after wildlife.

Then, before any felling takes place, specialist FLS environmental teams make a thorough and comprehensive survey of the felling area and the nearby woods to check for any signs of wildcat activity or presence.

Field ecologists from Scottish Wildcat Action (now known as Saving Wildcats) assist FLS with this work, and information from their network of cameras in Clashindarroch is crucial.”

SWA is a government-backed partnership of over twenty organisations, including the Royal Zoological Society Scotland, SNH, the Scottish Wildlife Trust, Edinburgh University’s Royal School of Veterinary Studies and many more.

We regard Clashindarroch as an exemplar on how commercial forests can be effectively managed with wildcats in mind.

The Scottish Wildcat Action partnership are furthermore working with FLS staff and other to provide evidence based best practice forest management, for example though wildcat den-building on forestry ground followed by surveys to examine den-site use.” 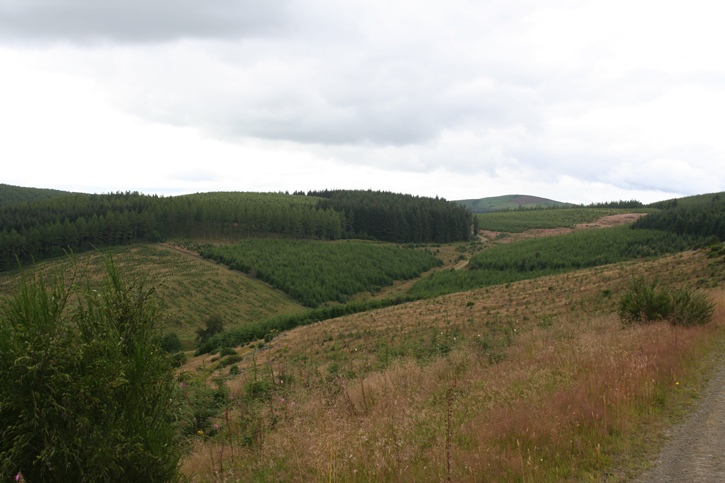 Clashindarroch - the perfect mix of habitats for wildcats

All of the SWA organisations pool their expertise and advise FLS on the very best way to manage the forest to make sure that wildcats’ interests are looked after.

If any of the partners raise any concerns about what is planned, or what the wildlife surveys have found, then the partners work together to come up with a solution.

That can mean leaving an area and not returning to it until after the breeding season, through to re-scheduling major recreation events.

We also use camera traps and GPS tagging to track the cats’ movements because knowing where they are and where they roam lets us make better informed decisions about their conservation.”

Any proposed development, such as a windfarm, has to go through a lengthy, rigorous and demanding Environmental Impact Assessment, a public consultation and a planning processes.

At each stage, surveys are done and representations made to ensure that – amongst other things – the interests of wildcats and other wildlife continue to be carefully looked after. 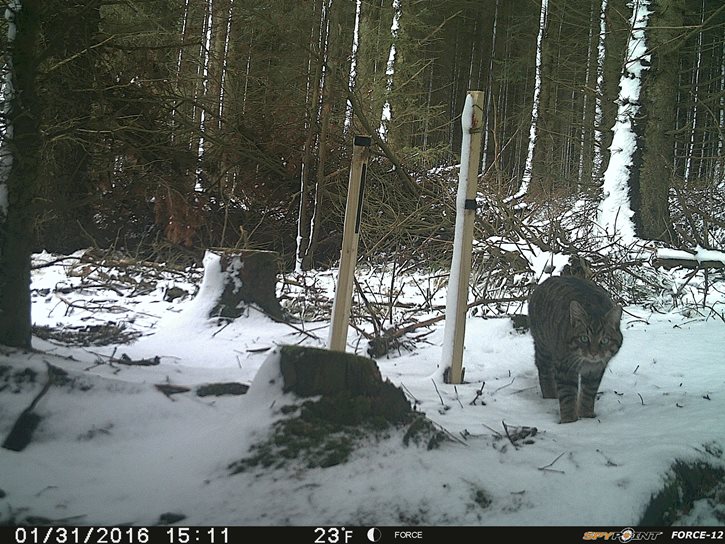 A spokesperson for the Royal Zoological Society of Scotland, said;

For the long-term conservation of current or future wildcat populations, it is vital that conservationists, landowners, forest and land managers, NGOs and government organisations work hand-in-hand to secure their survival, which is a key aim of Scottish Wildcat Action (SWA).

As partners to SWA, the largest national conservation project for the species, RZSS fully supports the efforts of FLS in creating wildcat-friendly forests.

Their forests host key sites for wildcats as well as many other threatened species, including the capercaillie. The work they carry out highlights the positive and careful role they plan in sustainable land management.”