We have taken inspiration from Europe’s mountain areas, treeline woodland and montane scrub habitat to create a new native woodland at on Bennan Hill and the lower slopes of Benyellary in Galloway Forest Park. We are aiming to enhance the whole of the area in terms of wildlife and landscape. 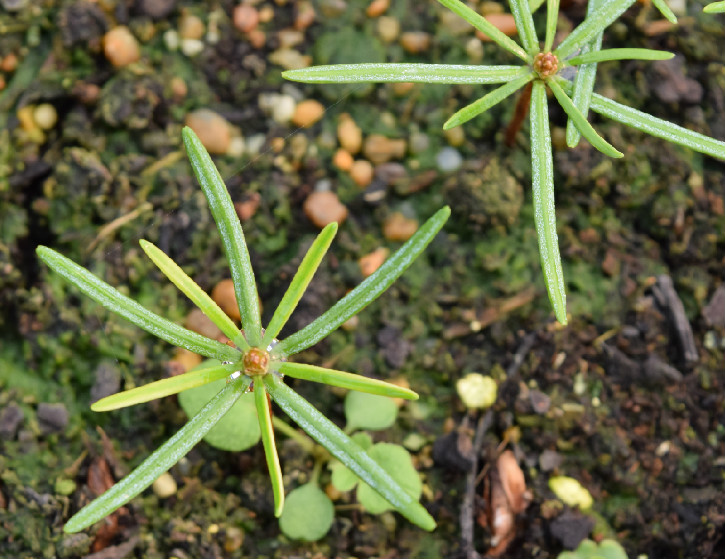 Galloway Forest Park contains some of Europe’s most important habitats from the ancient oakwoods rising from the shores of Loch Trool to the mountains and moorlands of the Merrick Kells, including the iconic Silver Flowe containing Britain’s most important and varied systems of patterned blanket bog. Within this exciting mountain scenery there are scattered remnants of native woodland types sometimes called ‘treeline woodland and montane scrub’. These fragments are often found clinging to crags, cliffs and boulder fields which have provided refuge from hungry sheep and deer.

In Europe’s mountain areas, treeline woodland and montane scrub habitat typically support a rich diversity of wildlife. However, they are rare in Scotland owing partly to the advance of blanket bogs and other peatland habitats in the cool wet climate of the west over the last 4,000 years. But, the decline has also been associated with systematic fires and other human management in favour of sheep and other grazing animals.

Botanical surveys and ornithological research in Galloway Forest Park have shown that the remaining fragments of natural woodland and montane scrub are rich in wildflowers and the upper treeline provides habitat for 52 species of birds! You may well know that there are black grouse and eagles, but you may be surprised to hear that nationally significant numbers of bullfinches and redpoll spend much of the winter on the high ground in scrub between forest and moorland.

We are replacing closely packed conifers with a more widely spaced and diverse range of native species. At the Bennan hill and the lower slopes of Benyellary we will also include some low density planting on moorland. Not all of the area will be planted and the density will vary to follow the natural landform and habitat type. The wet flushes and areas of peat will remain unplanted to form a natural mosaic.

The botanical surveys also established that there are fewer than 300 wild individuals of Downy Willow, 300 Juniper and no more than 60 Aspen surviving in Galloway Forest Park. To secure the long term future of these species in Galloway we have been collecting the seed and cuttings from small remaining local populations on the Merrick range and nurturing them in poly tunnels in partnership with the Cree Valley Community Woodlands Trust and private tree nurseries. Examples of all three species along with many other montane flora can be seen in the montane demonstration garden built and maintained by the Cree Valley Community Woodland Trust in the Glentrool Visitor Centre carpark. 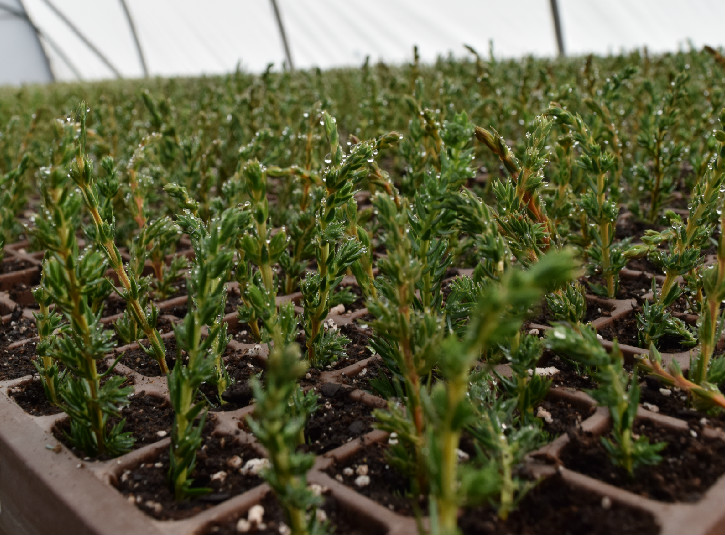 Now that the first of the small plants are strong enough to be planted on the high exposed Bennan hil, planting has begun to create the new 300 hectare native woodland. Downy Willow and Juniper will be planted on higher shallow soils around exposed rock, the natural home for these species in Galloway. In addition to Aspen, Downy Birch and Rowan will be planted in treeline woodland with other native species of local origin such as Sessile Oak, Hazel, Wych Elm, Bird Cherry, Hawthorn and Holy on the lower slopes and richer soils, following the clearance of the conifer crops. Willows such as Eared and Grey have started to naturally regenerate along the watercourses and have been diversified with a small number of less common Creeping Willow and Tea-leaved Willow.

This project will multiply local populations of native trees and shrubs, with over 2,900 Juniper, 9,500 Downy Willow and 40,000 Aspen planted this year alone, and all grown from the remnant wild Merrick stock. We constructed a deer fence around the project area to ensure the success of this fantastic project.

Cultivation and planting work will be ongoing throughout the next three to five years. We expect the establishment phase to be 15-25 years after which the new woodland will be relatively resistant to grazing animals and the tall deer fence can be replaced with a shorter stock fence.

The best way to get an overview of the project is to follow the Merrick Hill footpath that starts at the Bruce’s Stone car park and heads up through the area of new planting. To safeguard the young trees, please ensure the gates remain closed.