Innovative new survey techniques helped piece together the historic environment at the 18th century ironworks of Wilsontown in Lanarkshire – one of the best presented and most accessible industrial archaeological landscapes in Scotland.

Many items were made at Wilsontown, including this cannonball.  They produced several cast iron items, including 'shot', and at one time Wilsontown had a contract with the Royal Navy to supply them shot for their cannons. 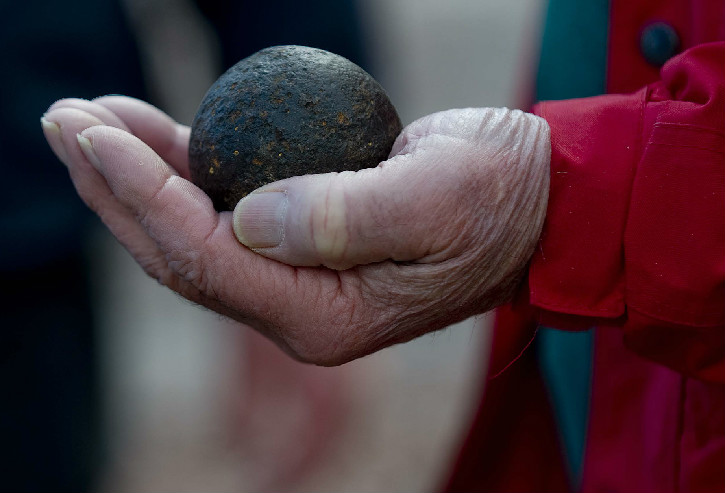 One of the more unusual methods of interpretation that we use is Aerial Laser Scanning (also known as LiDAR or Light Detection and Ranging). Aerial Laser Scanning uses pulses of harmless laser energy beamed down from an aircraft to effectively scan the landscape. The results can highlight archaeological structures and earthworks – and can be displayed as interpretative images (and even animation) alongside historical map evidence and aerial photographs. Archaeological measured survey (whether from the air or on the ground) can also inform future conservation management.

The high-resolution Aerial laser Scan survey of Wilsontown Ironworks recorded the remains of building foundations and tramways, alongside the countless bell pits left from early iron extraction. The survey helps to illustrate those features that are present but are not obvious on the ground. This spectacular image combines a simple surface model, coloured to show changes in height and a semi-transparent hill-shaded image to show the surface detail using shadows. 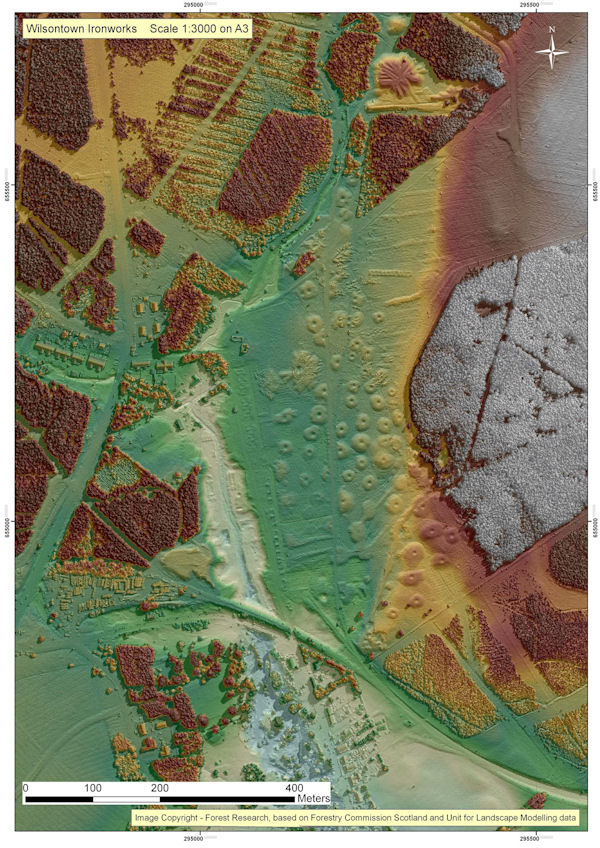 Further detail can be generated using the 3D terrain model – this extract shows the central tram line and the donut-shaped spoil from a number of bell pits. 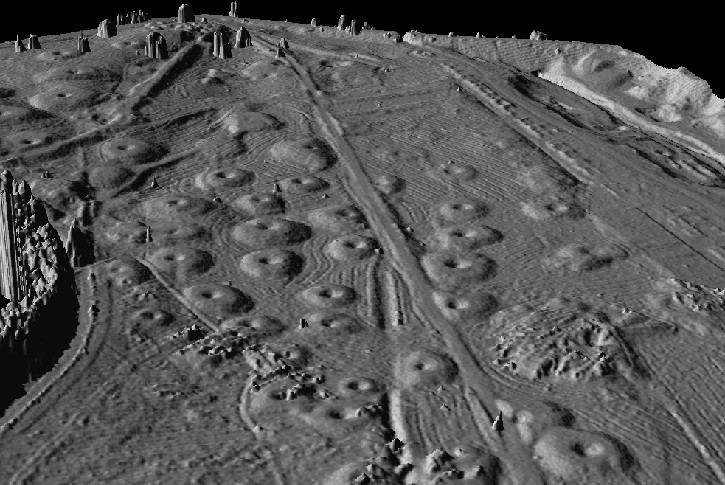 Since 2002, Emma Stewart, the Environment Forester for Scottish Lowlands Forest District, has been researching Wilsontown Ironworks. 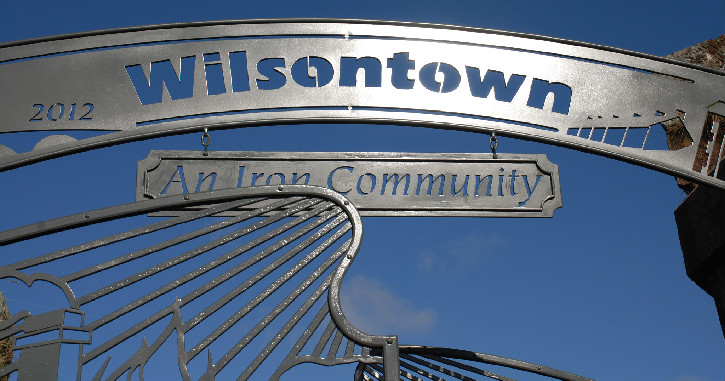 This is an exciting site with a lot of fascinating history. To help us learn more, we commissioned a report from John Van Laun Associates which brought all the research together into a document focussing on the site's industrial heritage. As a result of this report, Michael Blackmore was able to reconstruct Wilsontown Ironworks circa 1808 in a painting. 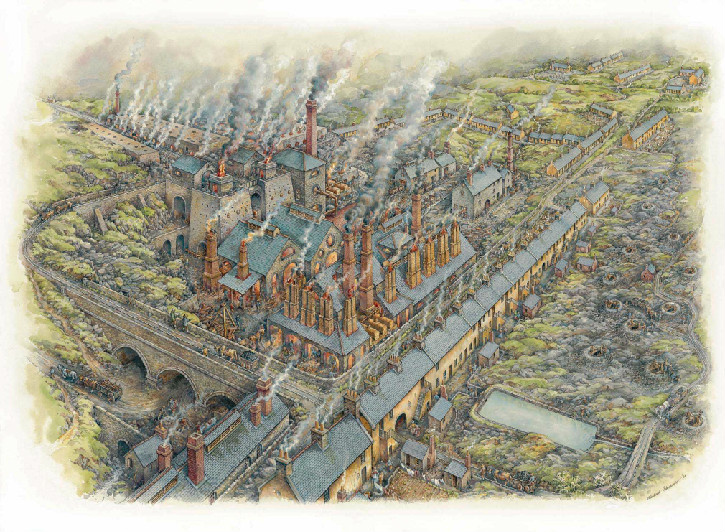 In 2007 we launched the Wilsontown Ironworks Heritage Project and timeline dating back to the 16th century, detailing the history of the site. We also created podcasts of life in the 1800s at Wilsontown.

Emma explains how we manage Wilstontown to make it accessible for visitors: "We removed an area of forest that was planted in the 1970s among the amazing cluster of 77 bell-pits and shallow mines. With the trees away, the bell-pit landscape was restored and visitors now get a better idea of the sweat and toil spent here in the past.

"To remove the trees in the main bell pit area we used chainsaw felling and helicopter extraction whereas we used normal harvester / forwarder on less sensitive areas. The only trees left are old Scots Pine that were planted by one of the Wilsons around 1802 and a small group of Larch by the burn. 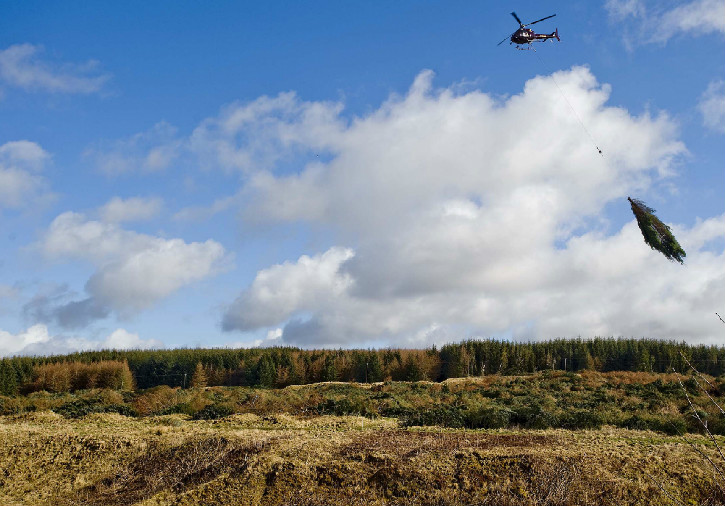 “We manage vegetation at the monument to ensure it does not turn back into woodland and become impossible for people to see the archaeological features.  We now mow a bell pit and a miner's house by the pathside.  We have sprayed rosebay willowherb to stop it taking over but this is not sustainable so we are about to fence two enclosures and get them grazed.  They will contain the main archaeological remains and no paths will be fenced off.

“The network of paths has been significantly upgraded.  We were lucky that there was a good network of tramways and railways so all we had to do was build a better surface onto them.  Most of the network is very accessible and is very popular with parents and prams, kids on bikes, as well as the walkers and horseriders.

“The site has a network of interpretation installations.  They are all on the theme we established for the site, and range from panels, gates, seats and stone markers. 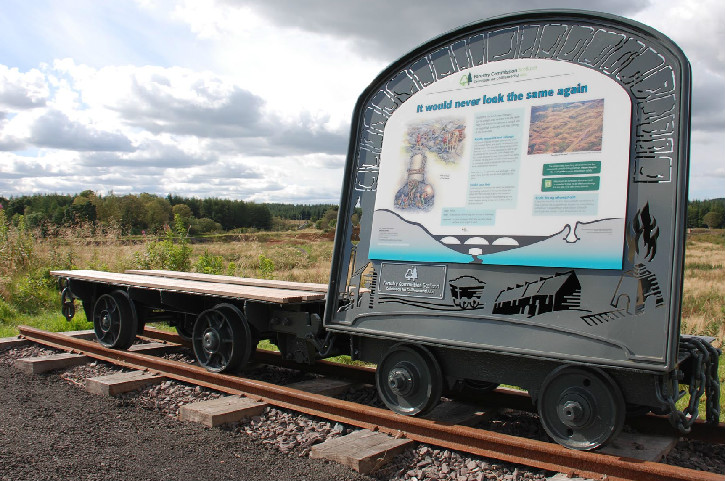 “The car park has been upgraded and re-landscaped to provide better parking, more spaces and a better welcome to the site. We also rebuilt a low wall that dates from the Wilson's time and was part of their front driveway near the big house."