Over the year, Matt has promised to send us a postcard from some of the amazing places he finds himself in, describing the archaeology and talking to the Forestry Rangers who care for it.

Last time Matt was exploring the WWII archaeology of Lossie Forest in Moray – and a new postcard has just arrived! 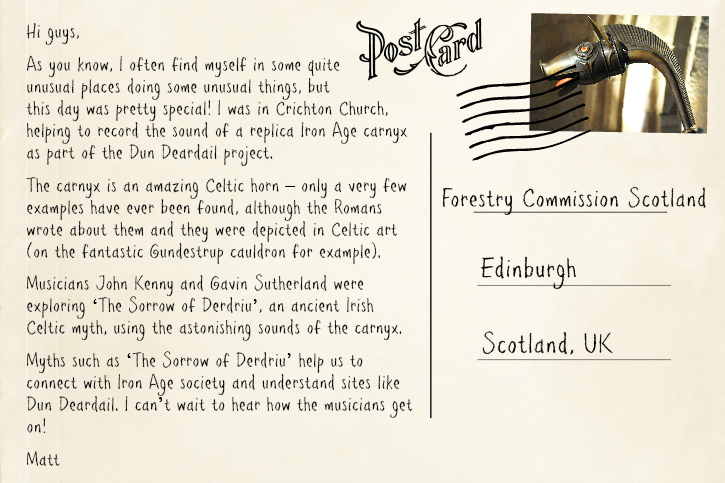 As you know, I often find myself in some quite unusual places doing some unusual things, but this day was pretty special! I was in Crichton Church, helping to record the sound of a replica Iron Age carnyx as part of the Dun Deardail project.

The carnyx is an amazing Celtic horn – only a very few examples have ever been found, although the Romans wrote about them and they were depicted in Celtic art (on the fantastic Gundestrup cauldron for example).

Musicians John Kenny and Gavin Sutherland were exploring ‘The Sorrow of Derdriu’, an ancient Irish Celtic myth, using the astonishing sounds of the carnyx.

Myths such as ‘The Sorrow of Derdriu’ help us to connect with Iron Age society and understand sites like Dun Deardail. I can’t wait to hear how the musicians get on! 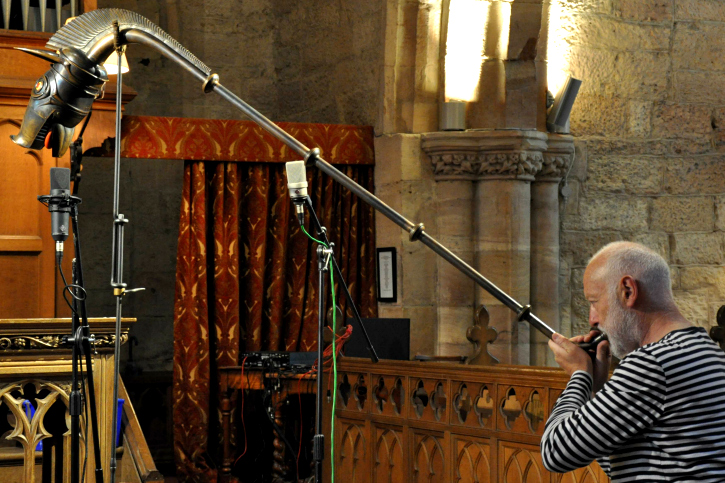 Archaeology is the objective (or scientific) study of our material culture and its subjective interpretation. Reconstructed buildings, replica objects, creative artwork and the preforming arts can all help us to reimagine the past.

Although no complete carnyx has ever been found, fragments from across Europe have allowed archaeologists to piece together what the instrument would have looked like.

Bringing the carnyx back to life thanks to modern reconstructions allows us to see and hear what those living in the past would have experienced. John Kenny co-founded an organisation, Carnyx & Co., in 1997 who help provide a link between musical archaeology and contemporary performances and recordings.

You might have spotted a carnyx in some of your favourite historical films – one can be seen near the start of both Gladiator (2000) and Pixar’s Brave (2012). 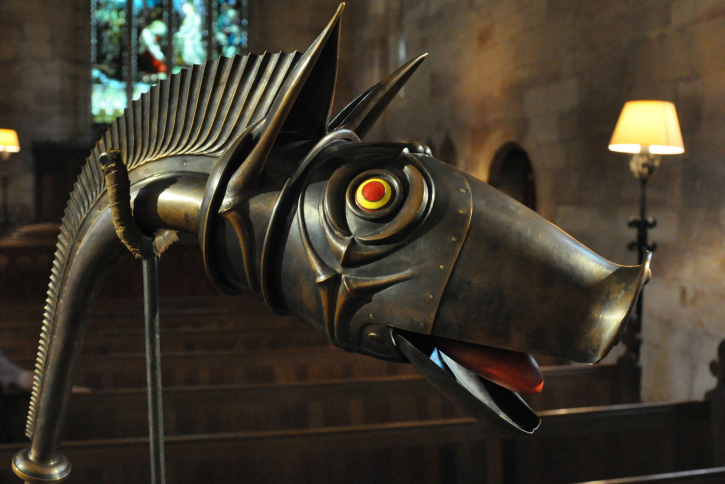