Postcards from a travelling archaeologist: The Black Isle

Over the course of the year, Matt has promised to send us a postcard from some of the amazing places he finds himself in, describing the archaeology and talking to the Forestry Rangers who care for it.

Last time Matt was exploring a stone circle in Aberdeenshire, and we're excited to see where he is now! 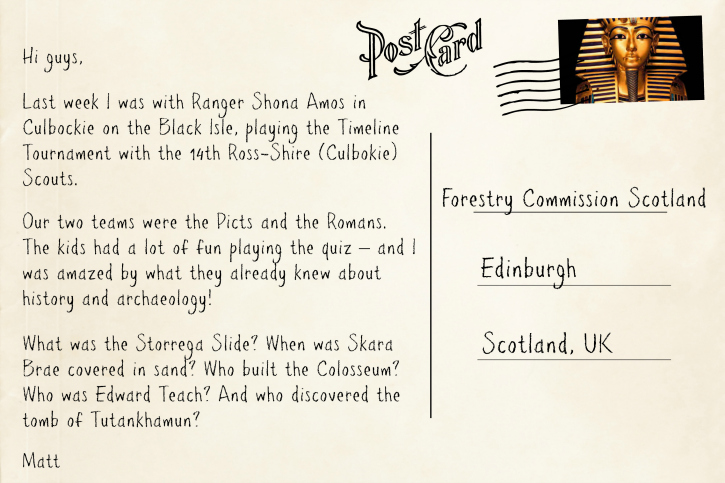 Last week I was with Ranger Shona Amos in Culbokie on the Black Isle, playing the Timeline Tournament with the 14th Ross-Shire (Culbokie) Scouts.

Our two teams were the Picts and the Romans. The kids had a lot of fun playing the quiz – and I was amazed by what they already knew about history and archaeology!

What was the Storrega Slide? When was Skara Brae covered in sand? Who built the Colosseum? Who was Edward Teach? And who discovered the tomb of Tutankhamun? 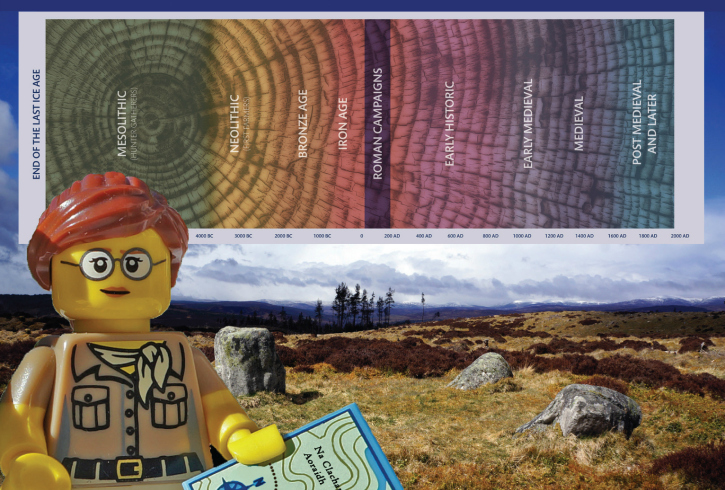 Doesn’t this sound great? Download Matt’s Timeline Tournament instructions (PDF 95KB) to have a go at home, in your classroom or youth group.

Shona and Matt made sure that there was a good mixture of local, national and international questions, putting local sites like the hillfort of Craig Phadrig and the Pictish King Bridei alongside international characters and events like the discovery of America by Viking explorer Leif Erikson in the year AD 1000 (it was ‘discovered’ again by Christopher Columbus in 1492 – Ed).

We're looking forward to hearing from Matt on his next trip as he heads to beautiful Knapdale in Argyll, to discuss the conservation of a rare medieval ‘clapper’ bridge.