The Aberfoyle Osprey Project - sad news from the nest 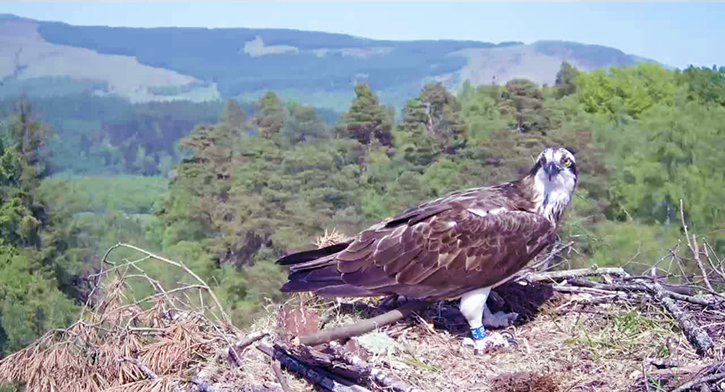 Throughout the Spring season, we’ve been following the story of Mrs O, an osprey at the Tweed Valley project who has produced several eggs so far this year, along with her breeding partner. While Mrs O is thriving, sadly this week we had some very sad news from our team at the Aberfoyle Osprey Project.

To our great dismay, Clarach, the female osprey who had nested in previous years near The Lodge at Aberfoyle, has suffered an unexpected disaster - her clutch of eggs was attacked by a marauding raven, dashing any hopes that she would be able to produce a brood of young ospreys this season. 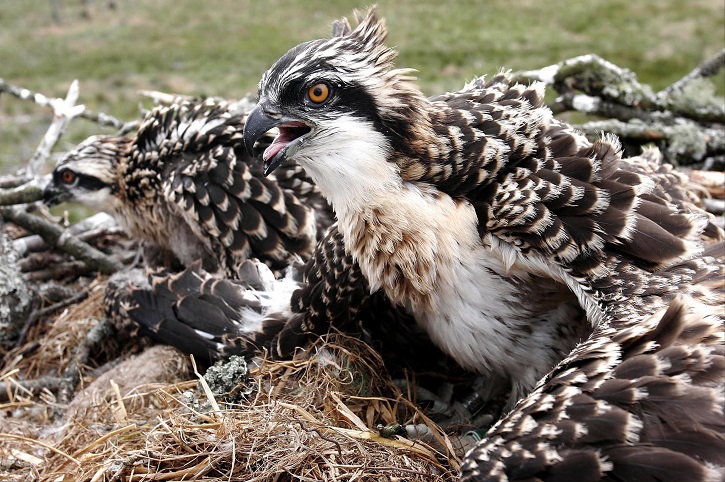 This tragic occurrence has unfortunately coincided with some technical issues at our Aberfoyle live feed, meaning coverage of the nest in our visitor centre and online has been patchy at best. The remote locations and technical challenges involved in keeping a 24/7 live feed going have meant that this news about Clarach’s eggs has only just been confirmed by Moira Harkin, Recreation Ranger at The Lodge.

“This is only Clarach’s second season, so as an immature bird she still has a lot to learn,” Moira tells us. Last year, Clarach managed to lay and incubate her eggs successfully, after a long flight to Scotland. “Earlier in May, she was on the nest when a raven came at her repeatedly.” The team at Aberfoyle watched helpless as the predatory birds staged a daring double-pronged attack: “She eventually fell for it and was lured away from her eggs and her nest. Another raven, waiting nearby, swooped and took the eggs.” 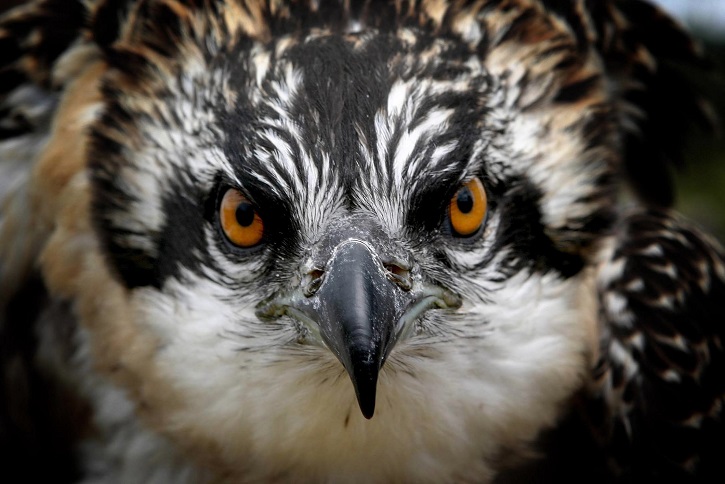 No brood this year

Needless to say, everyone involved in the Aberfoyle Osprey Project is very disappointed about this development, which likely means Clarach and her partner have missed their window for breeding this year. “Although Clarach and her mate continued to mate for a couple of days and did revisit the nest, because she has not laid again, any chicks would be unlikely to survive or be strong enough to migrate... so it is quite fortunate that she did not manage another egg.”

A very sad tale, and one we are sorry to have to report. Thankfully, since the raven attack Clarach and her partner have both been seen on the nest, preening and enjoying the sunshine. The pair are likely to remain in the area and possibly make an early migration - but you may still catch glimpses of them on the live camera feed, if you are lucky.