All in one view
Our top all-abilities trails to explore this spring
Autumn approaching
Osprey Migration
What are we doing to protect and conserve nature? 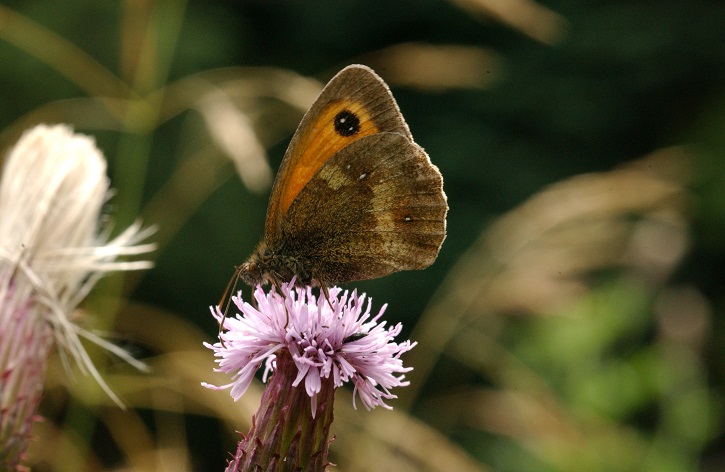 Over the past week, our three judges have been hard at work narrowing down 100+ entries to our Spring Photo Jam competition to pick just 12 finalists for the public vote. It's been a tough job - there were so many brilliant images submitted, coming from photographers who ranged in age from 10 to 70.

You gave us everything from intimate portraits of birds, bugs and beasties to detailed studies of leaves, barks and moss. We asked for dramatic shots of your favourite spots and your most dramatic scenes featuring water, lochs and coasts. In each and every category, you delivered! It was so tricky picking our favourites for the public vote, and we recommend you head over to Facebook to check out the whole Spring Photo Jam Gallery.

The public vote - you decide!

You have until Monday to vote for your favourite photo, chosen from our twelve finalists. The public vote will take place on our Facebook page - the two photographs with the most 'Likes' on Facebook by midnight on Monday 25 June will each win a fabulous £100 voucher for Go Ape! - the UK's number 1 treetop adventure.

To give each finalist an equal chance, we've shared their pictures in a new gallery - voting is simple. Just head over to the gallery, and click 'Like' on your favourite picture. We have also linked each picture in this blog post to its equivalent on Facebook - so you can click any of the pictures below, log in, and vote by clicking 'Like' on the picture of your choice.

Without further ado... here are our finalists!

By @RhonaJayne on Twitter, submitted for the 'Beasties...' theme

Wildlife enthusiast Rhona Jayne Forrester "captured the miniature scene perfectly," according to judge Malte Iden. While getting up close and personal with smaller wildlife is often a matter of timing, luck, and having the right equipment, it's amazing what can be captured even with a mobile phone or a simple camera - composition is also vital.

By @stuarttilbury on Twitter, submitted for the 'Water...' theme

Father of three and "owner of many leather-bound books," Stuart Tilbury submitted not one but three breathtaking lochisde scenes for the competition, showing a keen awareness of light and shade, and a knack for "clever composition" using reflections and cloud patterns, according to judge Malte Iden.

By Tessa Mather on Facebook, submitted for the 'Nature Patterns' theme

There was a "visually stunning juxtaposition of natural and artificial patterns" in this inventive photo submitted by Tessa Mather. It is a picture of a Mongolian yurt, whose bits and pieces are made entirely from living willow. All the judges loved this colourful and original submission, which made us look forward to Summer outdoors...

By Rab Nicol on Facebook, submitted for the 'Water' theme

One of the best qualities in a photograph, aside from composition, colour and other purely visual aspects, is if it can tell a story in a bold and original way. That's what the judges liked about this shot by Rab Nicol. "There's something about its strange slightly hazy look makes me want to experience it too," said Ruari Watt. Fiona Murray agreed: "I'm ready to set off on this adventure!"

Poncho and his owner are regular visitors to our Twitter feed, so we were thrilled to see him make an appearance in the Spring Photo Jam, proudly showing us one of his favourite places for walkies. "I just love the combination of colours and the composition of the picture," said judge Fiona Murray... but it's also all about Poncho's winning smile!

By Jodi Clarke on Facebook, submitted for the 'Beasties...' theme

This moody, rain-swept shot by 14-year old Jodi Clarke was a favourite with every single one of the judges. Her dramaticphoto "captures the atmosphere of that place, Scottish climate and all," according to Malte Iden. For Fiona Murray it was a "perfect postcard shot." Wish you were here? Congratulations to Jodi, our youngest finalist!

By Duncan McNaughton on Facebook, submitted for the 'Nature Patterns' theme

"I love how unnatural this looks, with the brightly lit green and red against the black," says Ruari Watt, utterly captivated by the strangeness of Duncan McNaughton's close-up shot, taken at Clatteringshaws this Spring. "It’s almost like a space scene with aliens!" said Ruari - proving that in nature, the truth is often stranger than fiction...

By @Jenmahbaron on Twitter, for the 'Nature Patterns' theme

Of all the images we saw in the Spring Photo Jam, Jennifer Barron's vivid close-up shot is perhaps the one that sings out Spring the loudest. "I would put this on my wall as a symbol of spring approaching," said judge Fiona Murray, and we wholeheartedly agree.

By John Lindsay on Facebook, for the 'Place...' theme

"Just wow," was Fiona Murray's comment on seeing this breathtaking vista captured by John Lindsay at Clatteringshaws. John perfectly captured the solemnity that can be felt in majestic places like this, framed by mountains and the cool waters of a loch. "So still and brooding, with amazing reflections," said Fiona, and we couldn't agree more.

"This is great," says Ruari Watt of this clever silhouette photo of a dragonfly, captured by Caroline Anderson. "I like the simple clean bands of colour and that thin, slightly jaggy band or bright white. It’s very clean and stylish," Ruari adds. Once again, this is a great example of storytelling using just imagery.

By Karen Holden  on Facebook, for the 'Place...' theme

"I have a weakness for inviting pathways and this tree-lined trail was too tempting to resist," said judge Fiona Murray of this shot by Karen Holden of her favourite place. We think this is another image that really conveys the feel of Spring breaking into Summer, with the bands of criss-crossing light and shadow.

By Beverley Thain on Facebook, for the 'Birds...' theme

"So much action and personality here!" said Ruari Watt of this dramatic, pin-sharp shot from Beverley Thain. "The birds are so clear against the blurred background, except for the wings, which give a feeling of movement in an otherwise frozen moment. The different heights and stances of the birds, plus the food in the beak, all tell a great story." Ruari's thoughts are spot on - we can practically hear the squawks.

All in one view
Our top all-abilities trails to explore this spring
Autumn approaching
Osprey Migration
What are we doing to protect and conserve nature?