Sticks at the flicks: Trees of the silver screen 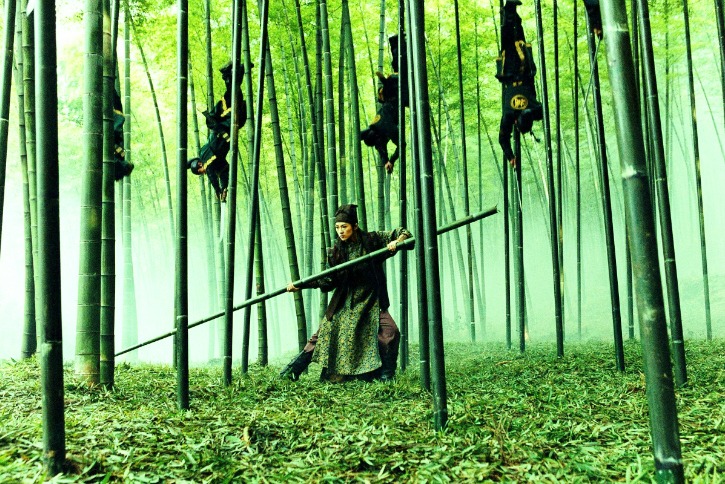 These past few weeks we’ve seen awards ceremony after awards ceremony. From music to television to films, February has celebrated the best in arts and culture, so we think it’s the perfect time to turn the spotlight to forests of the silver screen.

Trees have played a range of roles in cinema – from stunning landscape backdrops, to central characters, through to locations for key scenes, like the bamboo forest fight scenes in House of Flying Daggers. Recently, a solitary yew tree took centre stage as the eponymous monster in A Monster Calls, with heavy references to both its wisdom and healing capabilities.

We’ve seen trees appear in a variety of visual forms, from protector to educator through to a doorway to the unknown. Read on as we take a look over the many roles of forests on the big screen.

If you go down to the woods today

The Evil Dead. The Blair Witch Project. The Forest. Over the years we’ve seen forests become one of the most popular locations for horror movies. Filmmakers have exploited the vastness and wildness of these places, creating a feeling of disorientation to characters who wonder too far off the path.

It doesn’t take much to reframe the peace and quiet of the forest in a horror context, creating a feeling of isolation and silence. It’s easy to feel cut off from civilisation in the woods: mobile phones struggle to get reception and once the sun goes down navigating in the dark can be tricky. 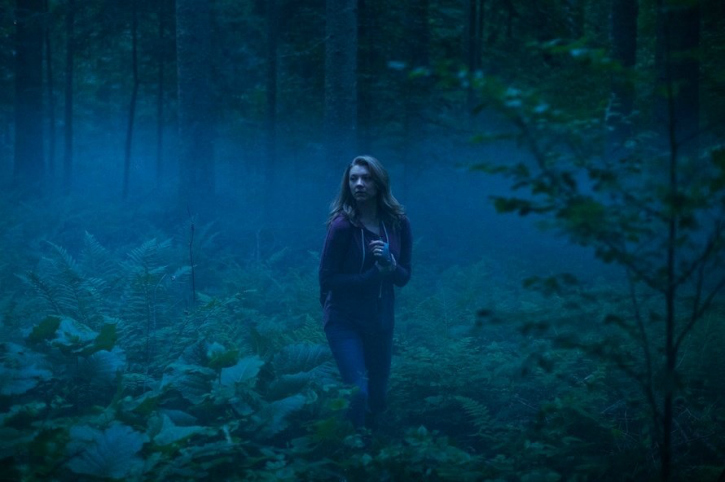 In films like The Village and The Witch, central characters live surrounded by vast forests – a barrier between them and the rest of civilisation. They don’t know what lies beyond the treeline, and this fear keeps them confined to their homes; their ‘safe place’.

Forests aren’t just spooky places, they’re also home to those who want to live out in the wild, who want a sense of freedom. Living high up keeps you safe from those on the ground, creating a hidden community in amongst the branches.

From the lost boys’ home in Hook, to the elaborate ewok village on the forest moon of Endor in Return of the Jedi, these treetop sets create a feeling of fun, reminding us of the hours we spent in our childhood tree houses, away from our parents and the rest of the world.

A font of knowledge

We often talk about getting wiser as we get older. Generations pass down knowledge to younger generations, sharing their experiences. While humans tend to live within a century, we’ve got nothing on trees. They’ve witnessed hundreds of years of history happening around, on and in them. Scots Pine, for example, can live up to 300 years, with particularly old and gnarly trees often referred to as granny pines.

It’s easy then, for filmmakers to use trees as symbol for wisdom. Pocahontas seeks advice from Grandmother Willow for situations she has no experience in, while the hobbits in Lord of the Rings rely on the ents to help them in times of desperate need. 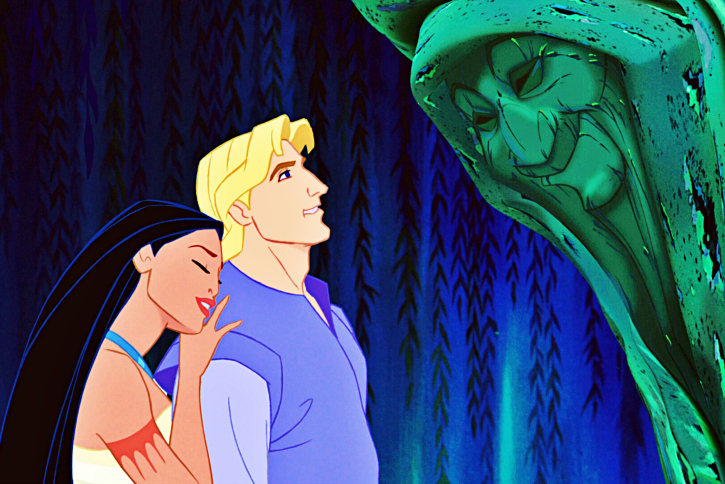 In My Neighbor Totoro, the eponymous forest guardian who lives under a giant camphor tree helps two young sisters deal with the possible loss of their mother, as well as bringing them closer to the nature around them. We see trees as trustworthy, an extension of Mother Nature protecting those who look for help.

As well as appearing as a film setting, trees have also appeared as characters. From the iconic Treebeard in the Lord of the Rings, to the secondary but still important Whomping Willow in the Harry Potter series, we’ve seen plenty of trees of all shapes and sizes gracing our screens.

More recently, we’ve come to know and love Guardians of the Galaxy’s Groot, a tree-like creature from outer space. While a human would find it quite hard to come back from being crushed by a spaceship, the filmmakers have played on trees’ ability to regrow to introduce Baby Groot to audiences. 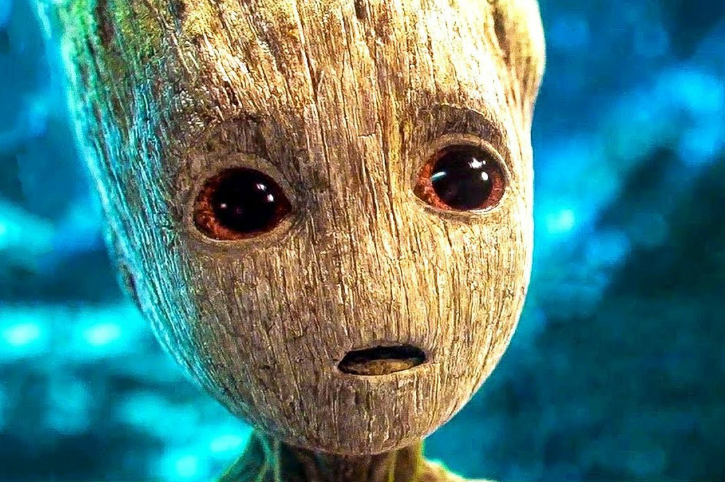 Princess Mononoke and other forest saviours

One common theme is the use of forests as a symbol for the unsustainable relationship mankind sometimes has with nature. Forests are often used to represent nature as a whole – they are vast and diverse enough to have their own many ecosystems.

Films like FernGully: The Last Rainforest and Avatar focus on the need for complete destruction of a forest by people who have no regard for its inhabitants, their sole intent the removal of a resource. In both films the situation is pretty clear-cut with the central character realising the chaos this destruction will cause, and ending up fighting to stop the devastation.

Other films such as Princess Mononoke portray the forest as an entity in itself, in the form of the Forest Spirit. The wounding of the spirit by a greed-driven townsperson brings on the death and destruction of every living thing in the forest until it is healed. 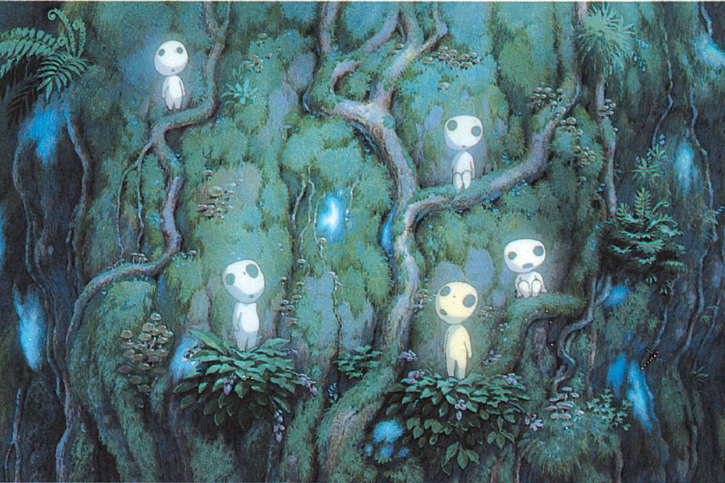 The destruction of a nature speaks to something deep within us. To bring down trees older and stronger than man is something that requires respect and consideration for all that depend on them. Today, forest operations are far removed from the images of old, with great care given to the sustainable management of woodlands.

A lifetime on screen

We’ve seen trees used as symbols of knowledge, healing, safety. Forests are portrayed as places of quiet, isolation, of fun and freedom. Trees have lived through history, they have stories to tell far beyond our imagining. As humans we see trees take on a multitude of roles, which is why they appear in such a broad spectrum in our visual culture.

Nature have always featured in the arts, and the new possibilities film and technology present us allows us to develop that image in evermore exciting ways.

Ever visited a forest you thought would be the perfect location for a film? Or spotted a tree that looked so real you can imagine it coming alive on screen? Let us know below!