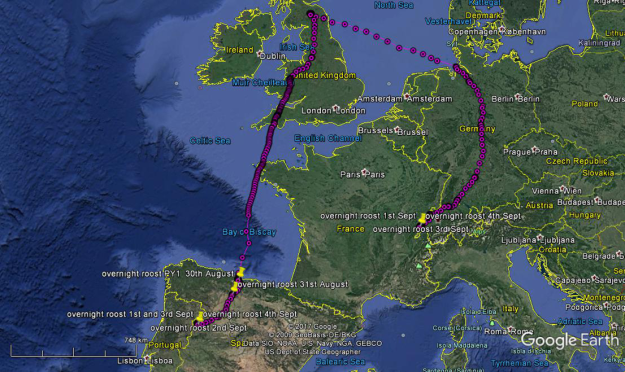 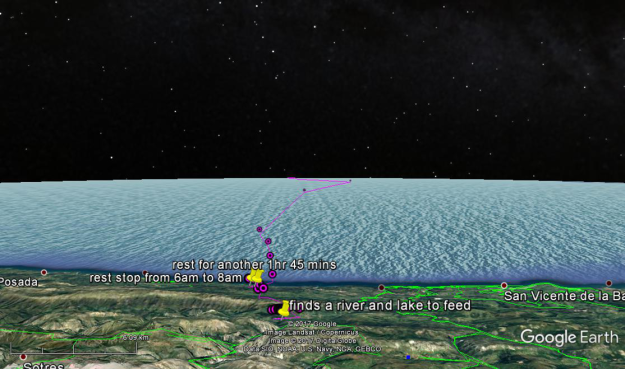 PY1 (Pinky) journey across the sea and inland at Spain

Last week we were very concerned about osprey Pinky (PY1) the young female bird on her first ever migration south. She had set off on 26 August and was making good progress, but the data ended after flying a staggering 388km in one day on 30 August. It was early evening when she reached the coast of the Bay of Biscay and that meant she was committed to making the full crossing of this dangerous and stormy sea in an all-night flight. Thankfully, she made it safely across after twelve hours of flight with no rest and no breaks. After 456km, she reached the coast of Spain, arriving at Pendueles at 5:53am where she had a well-deserved rest in a tree. She rested for two hours and then, driven by hunger, flew into the steep landscape, over a busy motorway (just a few metres above the roadway) and over the hill to find the River Cares-Diva and some good fishing. 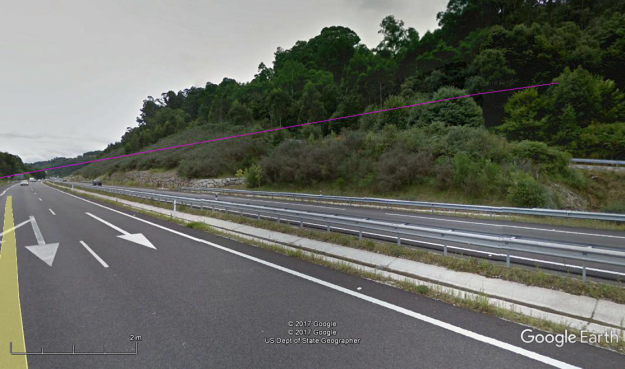 She restored her energy and rehydrated herself with some tasty fish, preparing for the onward journey. After a welcome rest on 31 August, she proceeded inland along the steep-sided valley of the River Diva and high over the mountains; possibly a ploy to use the upward thermals to ease her journey along and make flying less arduous. She then changed direction towards the south-west from the town of Cabuerniga. She spent the night at the River Carrion, where she made good use of the waters, fishing and resting. She then pressed on, in a south-westerly direction, until she reached the River Huebra and has since spent five days there in beautiful surroundings with a wide open river and good fishing. 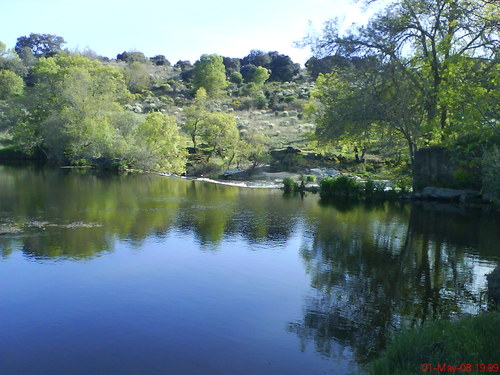 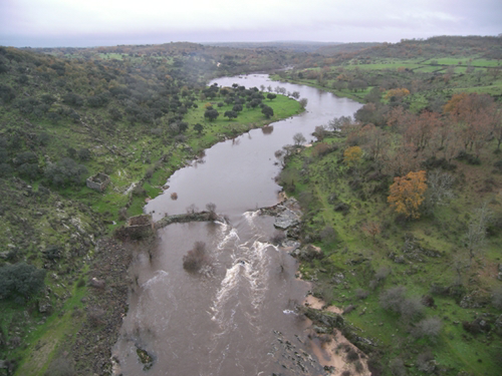 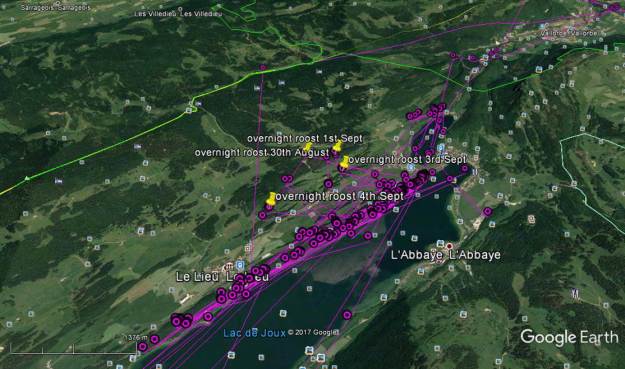 Pinky's brother, Perky (PY2), has made it down to Switzerland. It seems he likes this osprey paradise so much that he has decided to stay. He has moved to Lac de Joux, a huge lake (the largest in the Jura massif) with a tiny rivulet leading to the smaller Lac Brenet – a place he has visited frequently. He has his made home on the north shore and is moving north of the lake in the evening to roost in forests. The area is stunningly beautiful and perfect for a young osprey. Don’t get your hopes up though, young Perky… that lake freezes over so fast in the winter that people can skate across it! There will be no fishing for ospreys when this happens, so once he has built up his reserves he needs to travel on south to find some safe and bountiful winter quarters. 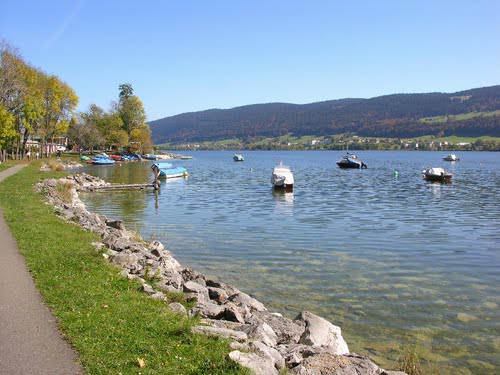 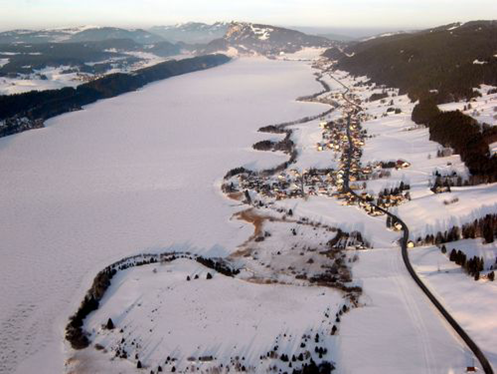 It seems really empty without ospreys gracing the Tweeddale countryside now and there’s a real sense that autumn is here and summer has gone. The wheel of time turns and another summer rolls on, taking our lovely summer visitors with it. The forests are becoming quieter without the descending fluted notes of the willow warblers and repetitive chiffchaffs. The swallows are gathering on the telephone wires in chattering groups, just gearing up to go, while their close cousins, the swifts and sand martins, have mostly left our shores along with most of the house martins. It is on this rather morose line of thought, that the sad demise of FK8 comes to mind. After following every step of her life since hatching in Tweed Valley in 2014 – following her journeys to Portugal for wintering and her summer explorations of the north of Scotland; and high hopes that she would nest at Loch Slethill next summer – we now think it is most probable that something bad has happened to her. We have received no further data since she was last tracked flying beside the River Laita in Brittany on her way to the Bay of Biscay. We can only hope that the reason is due to equipment failure and that she too made a safe crossing over the sea to Spain and on to Portugal. 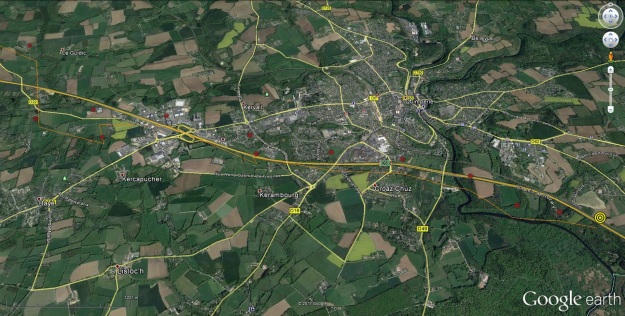 Last known flight of FK8 along River Laita in Brittany

We are very grateful to Valerie who is asking her friend in Portugal to search the known roosting and fishing areas of FK8 in Portugal near to Sines to see if she has in fact made it and is safe and well. It could be that her tracking device has ceased working and she has made the journey back. We are keeping fingers crossed and remaining hopeful!