Spring wildlife in the woods

The nights are getting shorter and flowers are springing up all around the country, brightening verges and meadows around the country. From bluebells to snowdrops, there’s flora everywhere as we head into March. 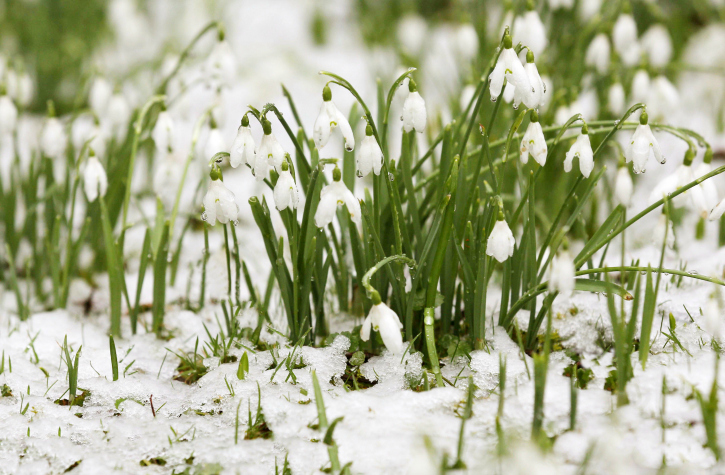 Flowers aren’t the only things welcoming the coming of spring. Animals around the country are emerging from their winter homes, returning from a season spent in warmer southern climates, and welcoming little ones into their lives.

Read on as we take a look at some of the animals to watch out for this spring, and where to spot them.

Winter can mean decreased food supplies as it becomes harder to find things to forage out on the forest floor. Hibernating allows animals to survive for a longer time without food by lowering their body temperature and slowing their heart rate and breathing. 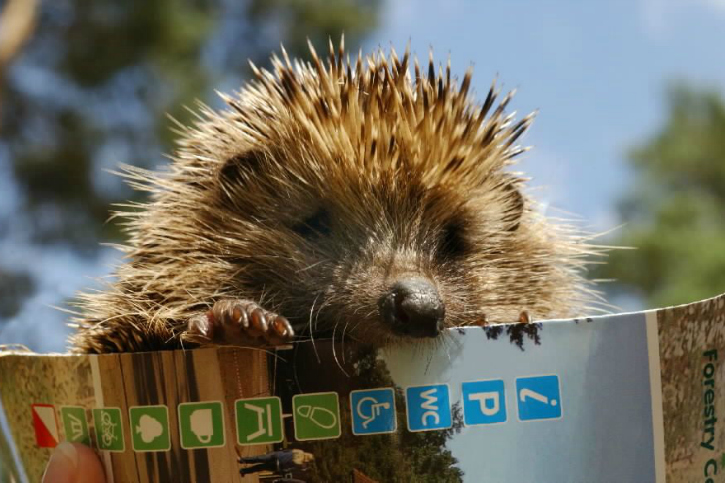 Only three British mammals hibernate: hedgehogs, dormice and bats. Hedgehogs’ breathing becomes so slow that they’ll often only take one breath every few minutes. Once the temperature starts to increase, these animals emerge from their cosy winter homes, and you’ll start to spot them again. Insects such as butterflies, queen bumblebees and ladybirds also hunker down for winter.

Spring also heralds the arrival of frog spawn, a squidgy jellied mass and the source of wonder for children everywhere. To increase the chances of more young surviving, female frog lay thousands of eggs, with only a small number surviving past their tadpole stage.

If you do find yourself lucky enough to have frog or toad spawn in your back garden, make sure not to move spawn between ponds. This can lead to the spread of amphibian diseases and non-native plant species. It’s enough fun just watching these amazing creatures morph through their life cycle so drop the net and pick up a camera instead! 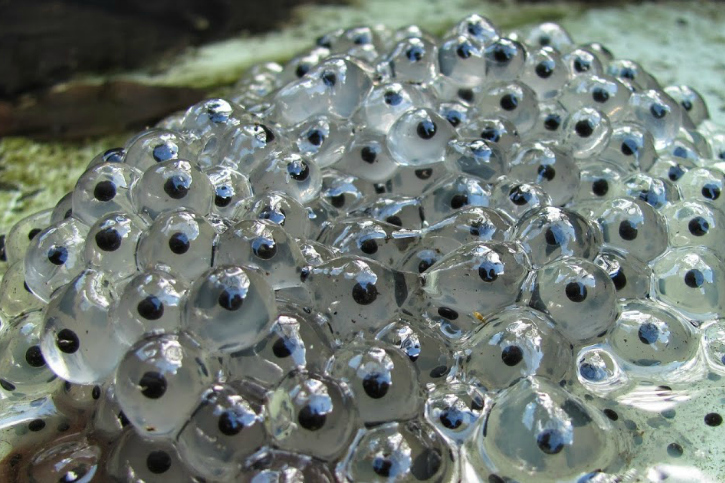 Keep an eye out for newt and toad spawn as well. Newt eggs are laid individually and are found wrapped in submerged plant leaves. Toad spawn comes in long chains, so is easy to distinguish from frogspawn.

A squirrel for all seasons

A common misconception is that squirrels hibernate over the long winter months. However, these fluffy creatures can be spotted any time of year – they tend to stay close to home when it’s cold outside.

From January into early spring watch for red squirrels racing through the trees and spiralling up and down the trunks. Spring is mating season and males are keen to chase after their favoured lady squirrels. 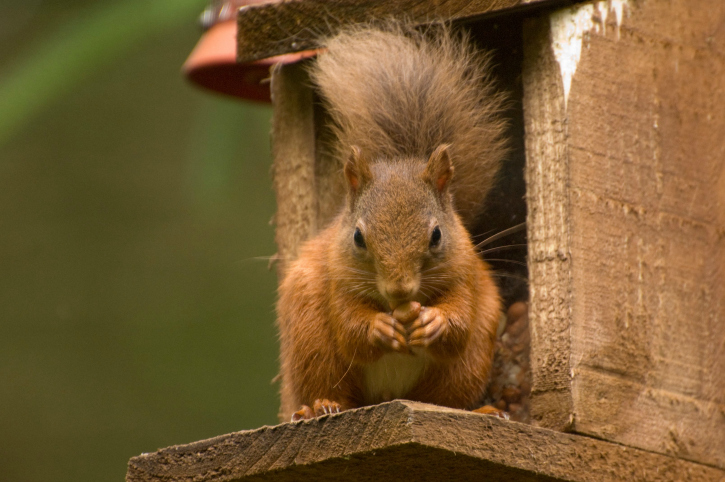 Females can have up to two litters a year, the first around April time followed by a second in August. The young are called kittens, and are born without hair or teeth! These defenceless little creatures grow quickly, and are ready to leave the nest at around 10 weeks.

You might see red squirrels in any Scottish wood, but head for the pine forests of the Highlands and Dumfries & Galloway for your best chance to spot these colourful forest favourites. Have a look at our suggestions on where to see squirrels.

Birds of a feather

Spring is the perfect time to see ospreys in Scotland. These birds winter in the warmer climates of West Africa and southern Europe, then return north towards the end of March and beginning of April. 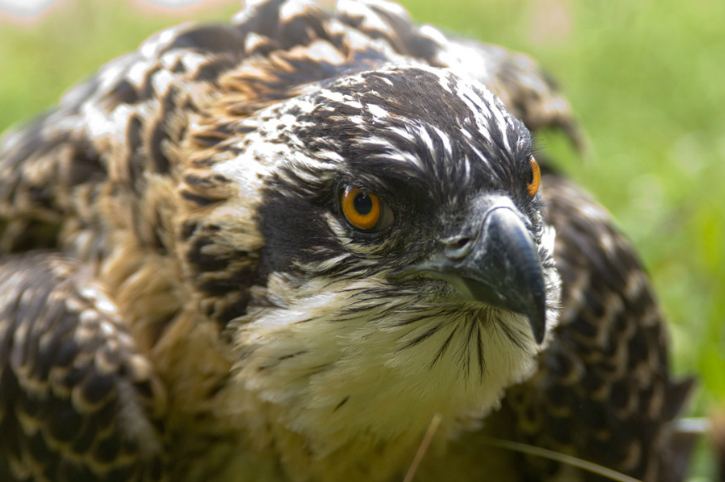 Ospreys have had a rough history in the UK. They were driven to extinction in 1916, and weren’t seen again until 1954 when a pair of Scandinavian birds nested in Loch Garten. Since then, numbers have risen – though in recent years populations have declined due to illegal killing and low breeding numbers.

It’s very important never to approach ospreys in the wild. Human intrusion into a nesting area can have a detrimental affects on the nesting osprey family.

We have live CCTV for two nests which can viewed online or at our watch centres. Glentress is home to the Tweed Valley Osprey Project, and the Aberfoyle Ospreys can be found near The Lodge. You might also see these birds in Knapdale, on Loch Morlich in Glenmore Forest Park, in Glen Affric and Carron Valley, and around Loch Awe.

From the trees to the seas

Two species of seal live permanently in Scotland: the grey seal and the common seal. These playful creatures can be spotted at any time of year along Scotland’s coastal woodlands as they lounge on beaches and rocks, or in the sea as they go fishing. 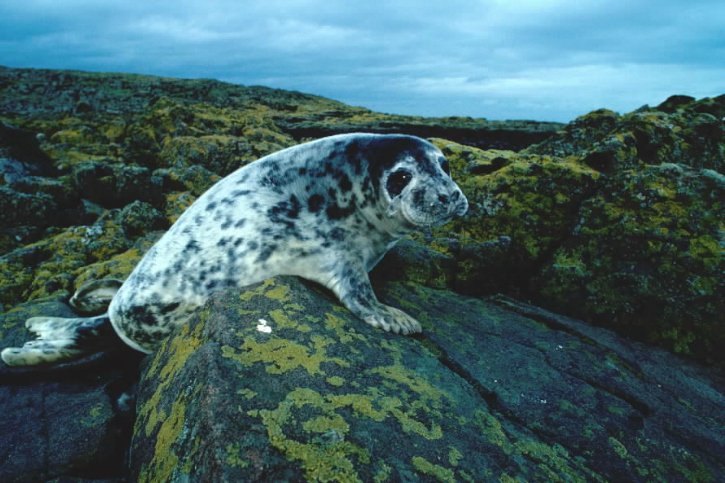 Grey seals moult their old hair and skin once a year, usually between January and April. During this time, animals will gather in large, noisy groups, making them easier to see.