The magnificent capercaillie is on the verge of extinction in Scotland. We’ve taken action to help slow their decline but numbers remain dangerously low. Today, it is thought there are fewer than 60 male capercaillie in Scotland's national forests.

So what’s the problem? The males in particular are aggressive turkey-sized birds that look more than capable of taking care of themselves. In spring, they strut and posture, and can get into ferocious fights with other males to maintain their status.

The birds facing the biggest fight, however, are the females and their chicks. 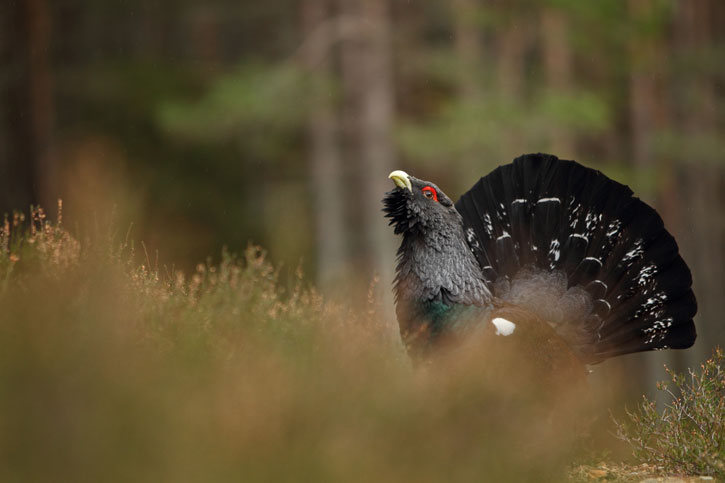 Despite what some people might think, forests managed for timber production provide an excellent habitat for capercaillie. However, future success relies on a lot of planning by foresters to ensure that birds are not disturbed during their breeding season.

In forests where capercaillie are found, we have removed as much of the deer fencing as possible – or made it more visible to flying birds. We are also actively culling crows and red foxes in early spring and summer to protect nesting birds.

What do capercaillie eat?

By lightly thinning tree cover and not clear-felling large areas, we’ve found that both blaeberry and insects flourish. Good news for hungry capercaillie. 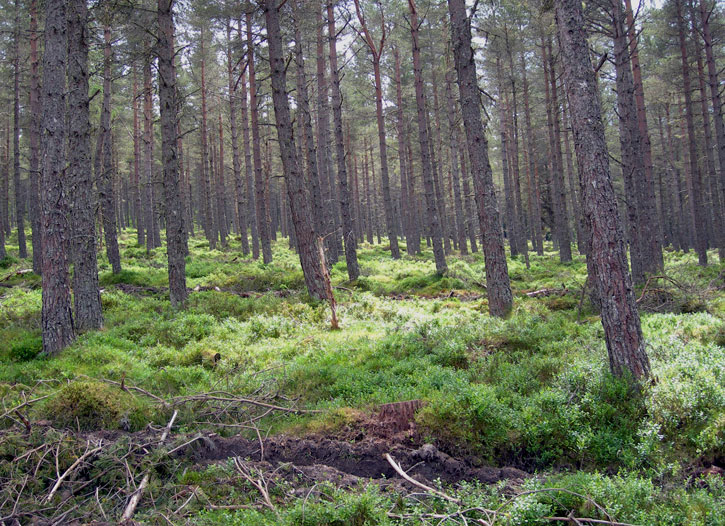 The threatened capercaillie isn’t out of the woods yet. However, there is evidence that numbers are increasing in two important sites in Strathspey.

There are some things we can’t change – like the weather. But thanks to the careful management of our forests, the future might be brighter for one of our most iconic species.