Behind the scenes: Archaeology from the sky

Behind the scenes: Archaeology from the sky 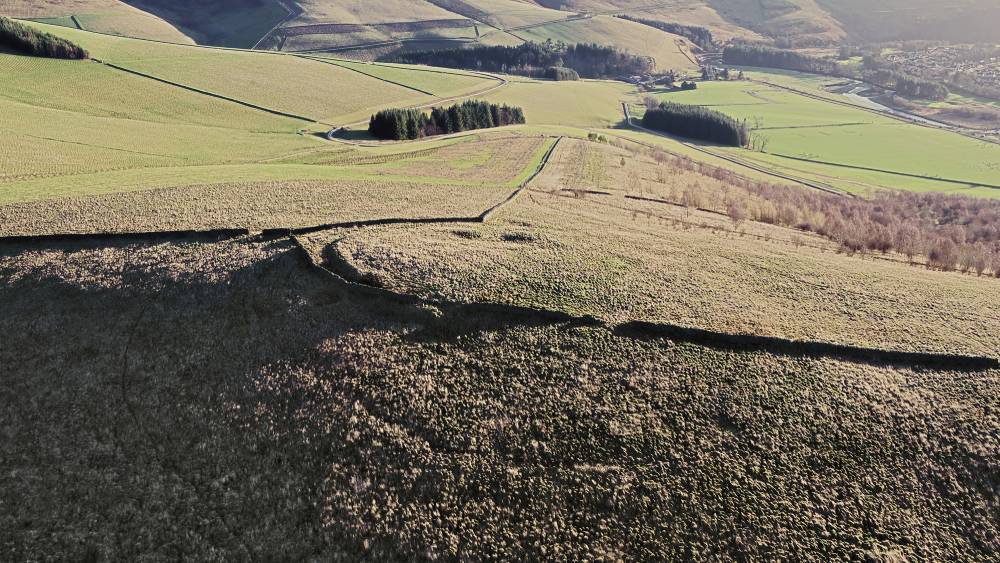 The Iron Age hillfort of Castle Hill above Glentress is probably around 2500 years old, give or take a few centuries. The site has never been excavated and is not the easiest to read on the ground. But from the sky you can see an unusual series of earthworks – an earlier settlement enclosed by two concentric rings of double palisades, followed by a later (and smaller) hillfort with two banks of ramparts.

Forestry and Land Scotland Archaeologist Matt Ritchie oversaw the project: "In recent years we have been working with Skyscape Survey to develop the methodology of drone-generated photogrammetric survey, combined with innovative visualisation techniques," he writes. "This fantastic aerial photograph was taken during the survey of Castle Hill in February 2019. You can see the ramparts of the later hillfort, the low circular banks that form the footings of timber roundhouses, and the narrow trenches of the double palisades. The quarry scoops probably provided material for the tumbling 19th century drystone dykes overlying the fort." 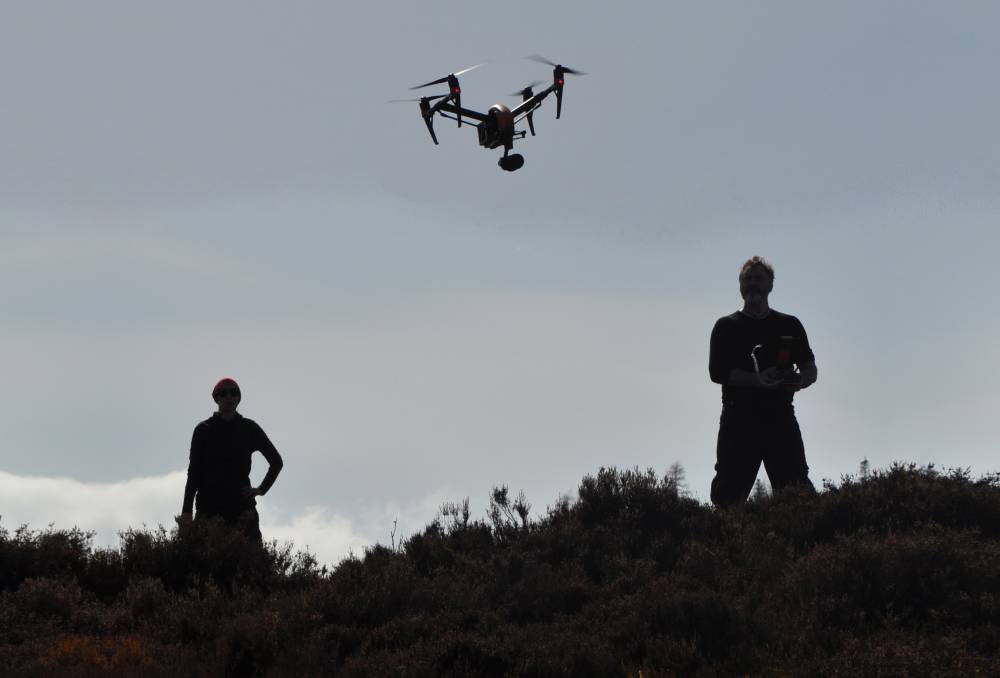 To undertake a photogrammetric survey, hundreds of photographs are taken of a site from the air and processed using point-matching software to create a 3D terrain model. Height detail is refined by adding close contours and orthographic colour. Here the survey team prepare to begin their flight. 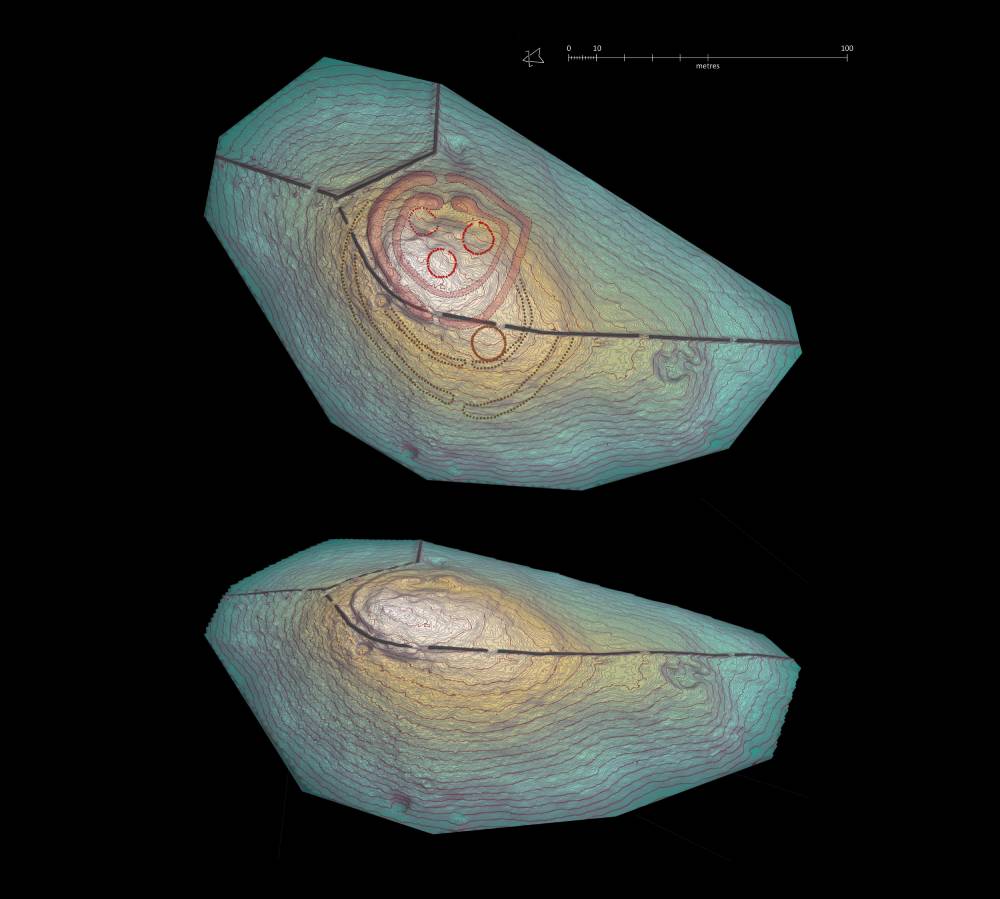 The model can then be used to create an archaeological measured plan, accurately describing the location of palisades, ramparts and roundhouses (top). But the 3D model can also be used to choose the best angles of view for archaeological reconstruction drawings. This view looks over the earlier palisade trenches in the foreground towards the later hillfort behind (bottom). 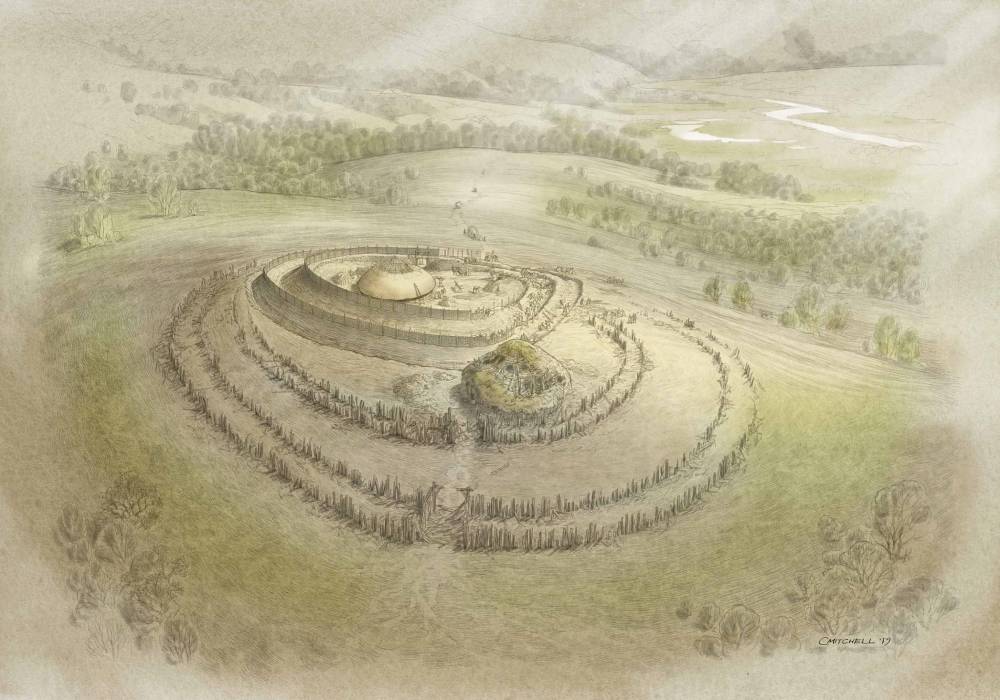 We asked artist Chris Mitchell to focus on the theme of construction, exploring the process of decay and subsequent renewal. In the illustration above we look down on the decaying entrances of the earlier settlement, with collapsing lines of double palisades and an abandoned roundhouse, and with construction of the new hillfort visible in the background.

"The view from the sky links the pioneering drone survey of today with our imaginative interpretation of the past," writes Matt. "The methodological thread running between survey and interpretation is now clear to see."