Until recently conifer woodlands were not known to be great places for bats, but Tentsmuir Forest was at the forefront of changing these perceptions.

In 1985 the first bat boxes were put up by the Fife Bat Group (now known as the Fife and Kinross Bat Group). Colonies of pipistrelle bats quickly moved into these boxes but, more surprisingly, they noticed the arrival of natterer's bats, a bat normally associated with broad-leaved woodlands. 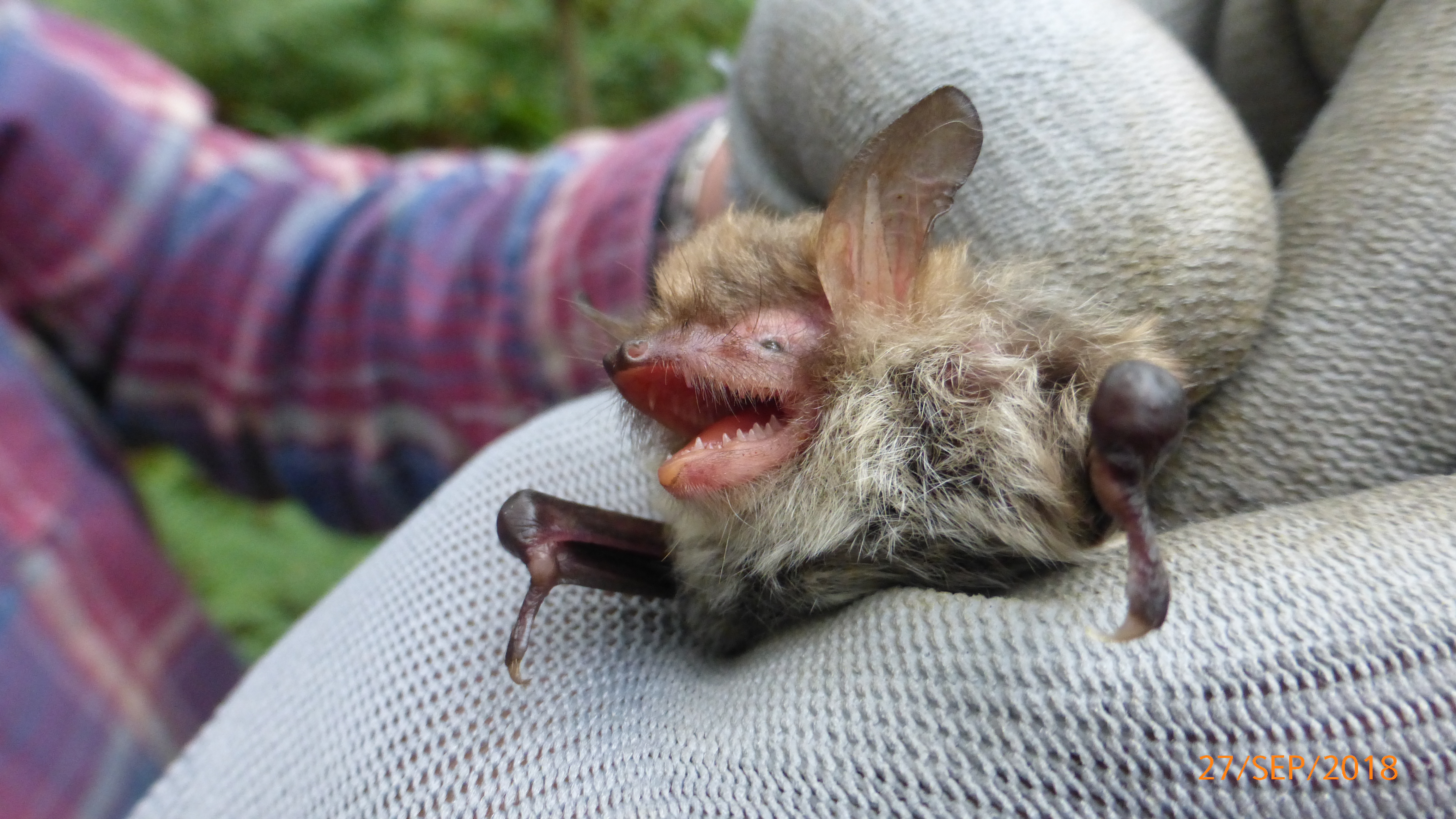 The Fife Bat Group continued to monitor the Tentsmuir bat boxes throughout the '80s and '90s. During this time, interest in the natterer's grew and we started to want to know more about these nocturnal creatures.

We started using bat ringing to study the population and housing dynamics of the bats. But to do this we needed to bring in an expert. Sue Swift, a legend in the bat world and a national treasure in Scottish batting, kindly came and trained members of the bat group on how to safely fit the bats with rings.

Since then the scheme has never looked back with over 2,000 captured and tagged bats. Remarkably, some of those first natterer’s ringed in 1998 were still alive and raising pups in 2019. The ringing has taught us a great deal about the natterer’s living in Tentsmuir.

The next leap in our understanding of how bats use Tentsmuir Forest came in 2003-2004 when Garry Mortimer completed his PhD at the site. With enormous support from what was then known as Forest Enterprise, and particularly local forest ranger John Montgomery, a plan was hatched to capture and radio tag natterer’s bats.

This was a tough and demanding project that required the scientists to track the bats at night - in their cars. What we discovered from Garry’s work was that bats used a large number of conifer trees to roost in, in addition to the boxes. We observed that bats used the joints of Scots and Corsican pines that have double leaders. These hard to see knot holes became an ideal place for highly mobile maternity colonies, showing us that conifer forests could support natterer's bat roosts even before we started our bat project.

The project also observed that the bats used a wide range of the forest to forage, including both wetland sites around the forest (the fire ponds and the adjacent Morton Lochs) and amongst the conifers themselves which are abundant with insect life.

The Fife and Kinross Bat Group are not currently handling and ringing bats due to COVID-19. However, we look forward to catching up with our old friends when this is over, in the full and certain knowledge that some of the bats will be older than the people studying them.