How much do you know about bats?

They are a protected species in Scotland, but thanks to the efforts of dedicated bat-fans, a few species are increasing in number. The growing populations are a huge success story for this fascinating flying mammal.

Let’s celebrate with some bat-facts! 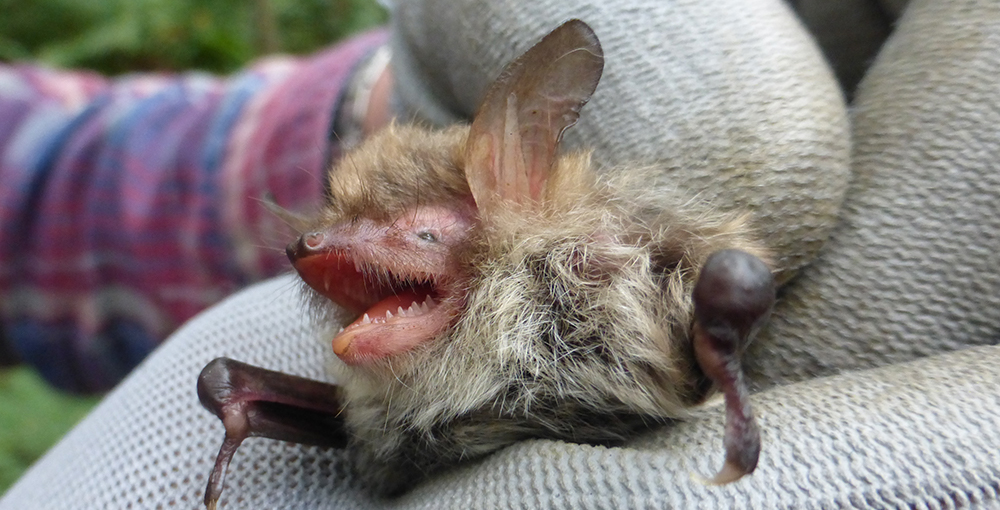 A female Natterer's bat is handled by an FLS wildlife expert

Bats are remarkable creatures. They find their way using ‘echolocation’, sending out high-pitched calls that echo back and create a ‘sonic map’ of their environment, pinpointing potential prey with incredible accuracy. They hunt tiny insects, avoiding obstacles and predators alike, even in complete darkness.

Echolocation is an ability shared by only a few others in the animal kingdom. Dolphins use a form of it, as do a small selection of birds, but bats have evolved this ability to create their own unique ecological niche.

Although some species are rare or in decline, bats are fairly commonplace in the UK, making up a quarter of our mammal species. Because they are reclusive and nocturnal, human encounters with bats are somewhat rare, but they can be all around us without our knowledge. They often use our roof spaces, attics and the eaves of our houses as their roosts.

Of the ten species recorded in Scotland, many are rare or uncommon. According to Scottish Natural Heritage, these ten species can all be found in our forests and towns:

Of these ten species, the Common and Soprano Pipistrelle are the least rare, and are therefore the most likely to be seen flitting through the skies at dusk, especially near water, where insects are plentiful. 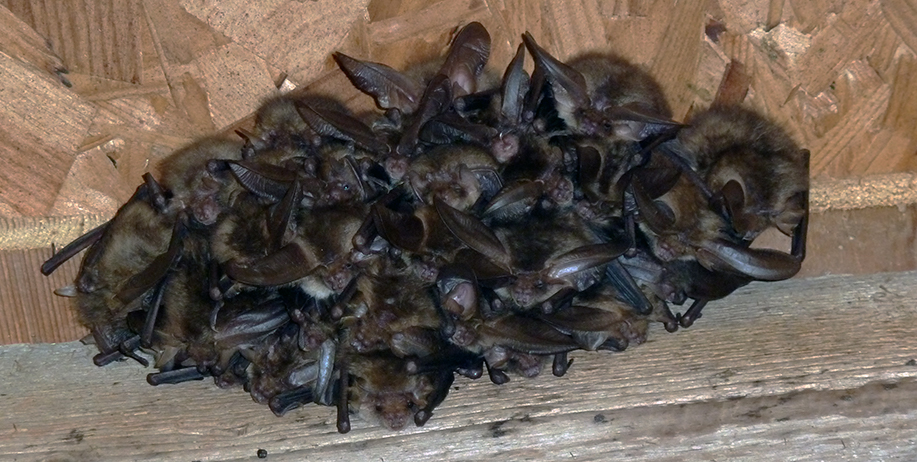 Although some are rarer than others, all bat species in Scotland are classed as European protected species, and receive full protection under the Conservation (Natural Habitats, &c.) Regulations 1994.

It is now illegal to kill, injure, catch or keep bats, or to damage, destroy or obstruct bat roosts. It is also illegal to disturb bats by entering known roosts or hibernation sites. Thankfully, it is also illegal to sell, barter or exchange bats, live or dead, which means they cannot be killed for taxidermy or display, or kept as pets.

The decline in bat numbers in the 20th century was steep, with a sharp drop since the 1960s. Bats and their habitats are now much better protected, but are still threatened by loss of habitat, roosting spots, and declining insect populations, often due to the use of pesticides.

You can find out more about our rarest bats on the NBN Atlas Scotland website, including the Noctule bat, Leisler’s bat, Brandt’s bat and the Nathusius’s pipistrelle. 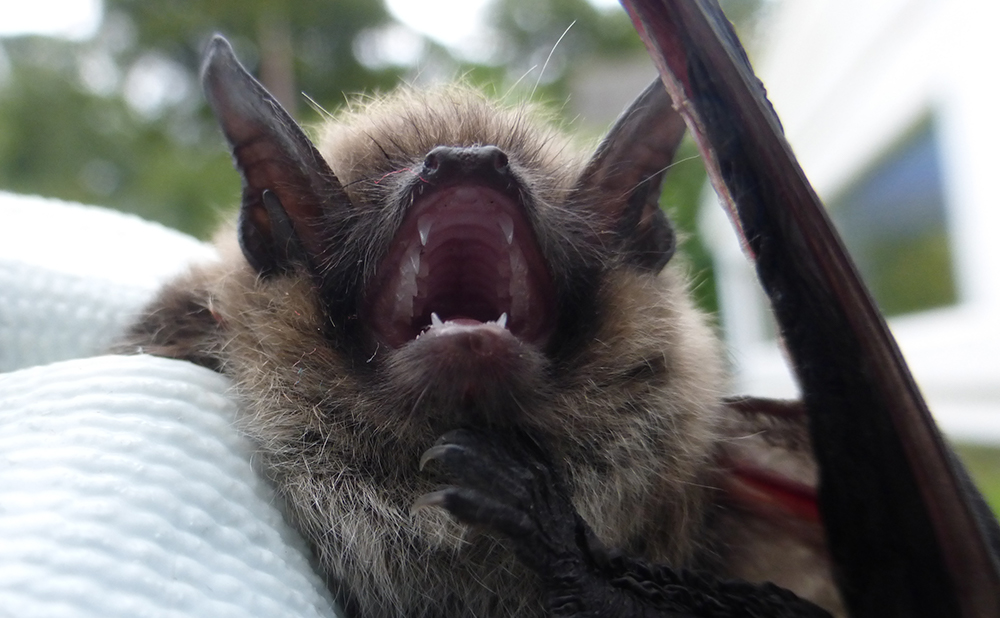 A rare Whiskered bat, again being handled by an FLS wildlife expert

As reported by The Scotsman, Pipistrelle populations in Scotland are actually growing, perhaps in part due to greater awareness of bats and the challenges they face as a species, and the conservation measures put in place over the last few years.

A single bat can eat up to 3,000 midges per night - drastically reducing (and crucially, naturally managing) the population of these annoying, biting insects. The latest figures show a 79% increase in the Common Pipistrelle population in Scotland since 2009 - a truly impressive comeback.

Bats in the Enchanted Forest 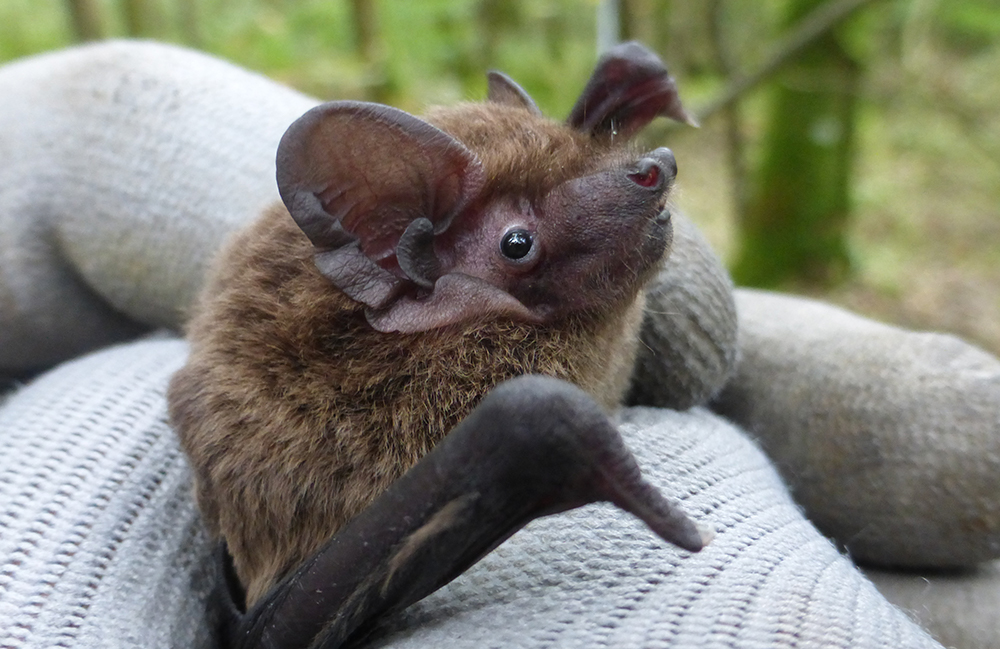 Recent partnership work from Forestry and Land Scotland has also contributed towards a more bat-friendly environment in one of our best-loved wild places. Bat boxes were installed in 2017 in Faskally, home to the popular Enchanted Forest events.

30 boxes were funded by the local community, with help from The Enchanted Forest Community Trust, which was set up to invest in and protect the woodlands around Faskally. Tayside Bat Group volunteers took part in the project, and helped to install the boxes.

Funding the bat boxes was a great idea that we thought would help encourage and develop the forest’s wild ecosystem."
- Ian Sim, Chairman of The Enchanted Forest Community Trust

Forestry and Land Scotland provided support funding, and monitored the boxes over the past two years. They are now home to 44 Soprano Pipistrelle bats.

“Funding the bat boxes was a great idea that we thought would help encourage and develop the forest’s wild ecosystem, said Ian Sim, Chairman of The Enchanted Forest Community Trust. “We are really pleased that they have proved to be so popular!”

The FLS Environment Team worked on the project to ensure its viability, and are similarly thrilled with its success. “The boxes have increased the potential roosting sites for protected species within a working forest,” commented Gareth Ventress of FLS.

“Almost all of the bats have now been sexed, weighed and measured and some of them are nearing the upper end of the scale for their species, weighing in at 7.2g when their upper limit is around the 8g mark. That’s a really good sign that they are thriving!” 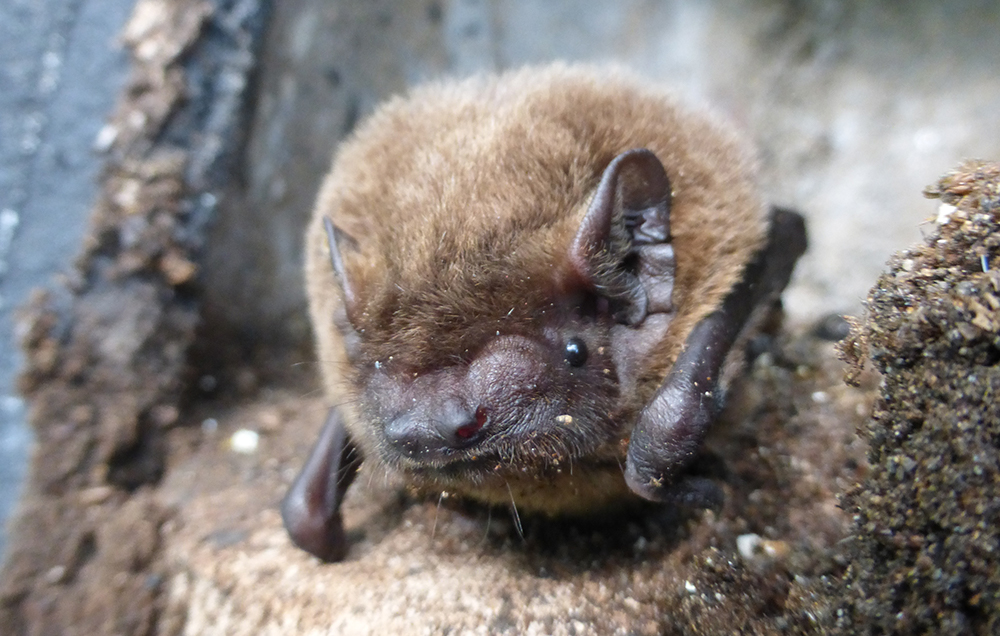 If this blog has made you batty for bats, what can you do to learn more, and get involved in efforts to safeguard this precious population of unique animals?

One way is to get involved with a bat group like the one in Tayside - you can find a link to a list of them at the end of the article. These groups frequently play a vital role in conservation projects like the one at Faskally.

Another way you can get involved is to buy or build bat boxes in your garden or back green. The RSPB has a brilliant guide to building one. Perhaps the best thing you can do is simply to learn as much as possible about bats, and truly appreciate them for the incredible mammals they are. 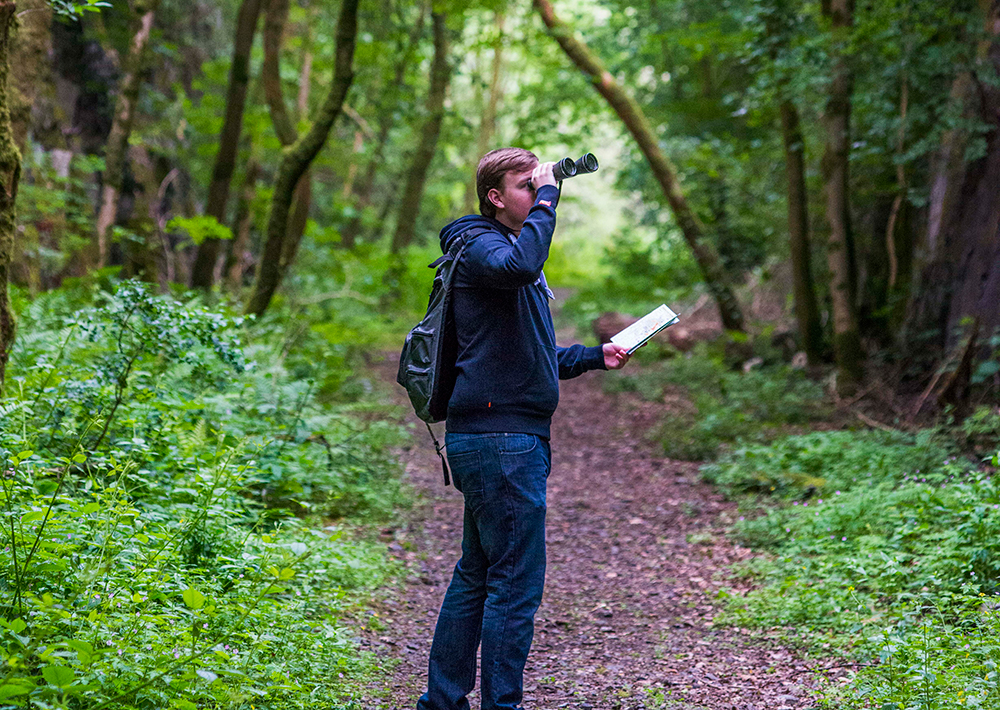 Head to Mabie, and you might see bats... just maybe! Sightings are more common near water, or you may find bats in your home.

If you see a downed bat, first get advice from an organisation like the National Bat Helpline. You should try at all costs to avoid handling it yourself, unless you have specialist knowledge and training. The pictures in this article show FLS wildlife experts handling bats, but you should avoid doing this without specialist knowledge and training.

If a bat flies accidentally into your house, or you disturb a roost, call the Bats in Houses Helpline - the number is below. Bats flying in your house can be alarming, but they are far more scared of you than you are of them! Open all windows as widely as possible, and turn off all lights. This will help the bat find a way out - you should never try and catch a bat while it is flying.

Hopefully, this blog has inspired you to get out there and celebrate Scotland’s brilliant bats. Check below for some useful links, numbers and learning resources to help you explore further.

If you find a bat roosting in your house, or need information on bats in your local area, call the Bats in Houses Helpline: