Wild country: An introduction to our Forest Drives

Wild country: An introduction to our Forest Drives

With summer in full swing, our three Forest Drives showcase the best that Scotland’s forests and land have to offer, with breathtaking scenery, winding forest trails, glittering lochs and mysterious ruins and castles hidden amongst the whispering trees.

Because they are accessible by car, you can see a lot of our Forest Parks on these drives in just one trip, without having to do more walking than you want to do, making these routes some of the most popular destinations for those with limited energy for long walks. 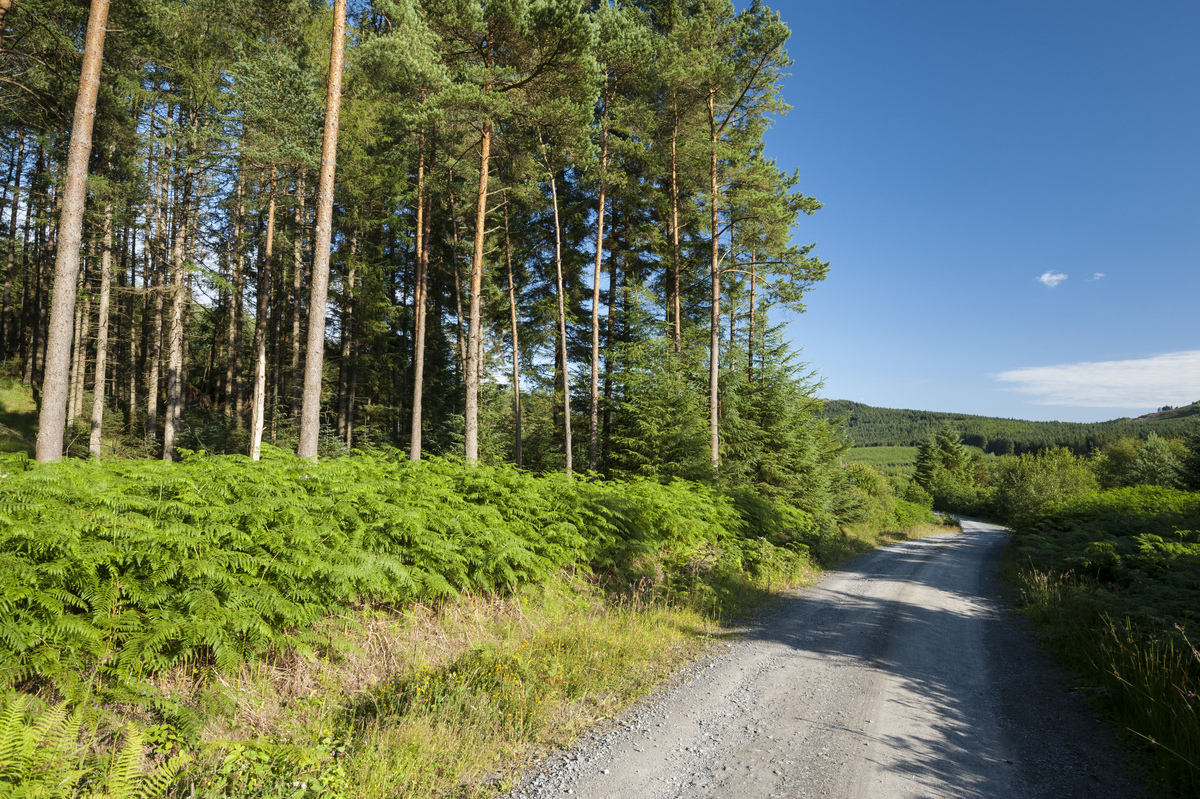 Together, they offer a sort of taster menu for the delights and treasures Scotland’s wild places have to offer, and as such, they’re also perfect for visitors in a hurry to see as much as they can in a short space of time. Furthermore, they remain perennially popular with locals, too, offering some of the best picnic spots in the country.
We asked our local staff to recommend a few of the highlights from each forest drive, and nominate their favourite place in the forest - here’s what they said.

Of the three such routes in Scotland, Carrick Forest Drive is one that best rewards a visit as night falls. Open from May to September, it pans the length of the sprawling Galloway Forest Park, the route winds through some hidden gems nestled in the wilds of south Ayrshire. There is a small charge of £2 for the Carrick Forest Drive, which is payable to the Roundhouse Café.

“This is a great place in the Forest Park to look for Ospreys,” says our ranger Lucy. “Pop into the Roundhouse Café whilst you’re in the area. They have a live camera feed which gives great views of these gorgeous birds. Just remember to fill your vehicle up with fuel before you make the journey, Carrick is quite remote!”

The Carrick route also runs through the centre of the Galloway Forest Dark Sky Park, taking in stops that showcase the brilliance of the night sky at its darkest, where a carpet of stars will unfold as the dusk settles. Keen-eyed visitors will be overwhelmed by the broad, sweeping curve of the Milky Way as it emerges above them. The Dark Sky Park was the first of its kind in the UK, and this year celebrates its 10th anniversary.

The Carrick Forest Drive has opportunities for fishing trips, too, with popular spots for anglers at Loch Doon and Loch Riecawr, the latter of which also sports a fantastic adventure playground and picnic area. Taking a picnic with you on the drive is highly recommended, so you can stop, get refreshed, and enjoy stunning panoramic vistas across the Galloway Hills.

Loch Doon meanwhile is also home to Loch Doon Castle, now a tumble-down series of ruins. Built originally in the 1300s on an island in the Loch, it has sat on this location since the 1930s, when Loch Doon became part of a hydro-electric scheme. In between these tempting rest and activity spots, you’ll be treated to a full wilderness experience. Stop and listen to the sounds of birds overhead and insects in the undergrowth, and immerse yourself in the deep green shade of the tall trees.

Open between March and October, at just 7 miles long the Three Lochs Forest Drive might be the shortest of the three routes, but it certainly isn’t lacking in stunning scenery. The drive takes you past not one but three beautiful, sparkling lochs – Lochan Reòidhte, Loch Drunkie and Loch Achray. There’s a small charge of just £2 to enter, which you can pay at the entrance gate when you start your journey or at The Lodge Forest Visitor Centre.

At various locations along the drive, you can camp either in the signposted permit areas, or in the National Park’s more formal Achray campsite, which is accessible from both the entrance and exit gates. There are also permit areas for camper vans to spend the night. Permits must be purchased in advance from the Loch Lomond and the Trossachs National Park website.

The Trossachs is bursting with woodland wildlife, so watch out for, red deer, buzzards, green woodpeckers and red squirrels. You might even glimpse ospreys flying above, or diving into the crystal waters of the loch to catch fish. Camping by one of the lochs is a wonderful experience, as you wake up surrounded by the sounds of the dawn chorus.

"It was such a special spot," says Gregory Doutres, who visited with his family and camped by Loch Drunkie. They had an "amazing wild swim, and our three children loved it. The team are doing a great job keeping places like this accessible to those that love the back-to-basics wild camping lifestyle."

There are relaxing woodland trails to follow beside Loch Drunkie, and the car park here serves as a great base for exploring the woods to either side of the drive, with an accessible trail, toilets, parking, and picturesque picnic sites.

“The Three Lochs Forest Drive is a great way to see a snapshot of the Trossachs,” says Sue, our Visitor Services Manager for the area. “My favourite view is the one from Loch Achray, where it is possible to see Ben A’an and Ben Venue reflected in the water.”

Fishing is one of the main attractions on the Three Lochs Drive. Pick up a permit for Loch Drunkie or Loch Achray at The Lodge [link] from the James Bayne fishing tackle shop in Callander, or in the local post offices.

The Lodge also has a fully accessible trail which takes you down to the waterfall, and mobility scooters can be borrowed free of charge, giving everyone the opportunity to get into the forest and enjoy the tranquil atmosphere and gorgeous scenery.

Other local spots worth a visit are Ben A’an, a miniature mountain in the heart of the Queen Elizabeth Forest Park with wonderful views. Ben Venue is fantastic if you fancy a more challenging hill walk, while in Loch Ard forest, you can enjoy woodland trails and beautiful loch side views.

The second of our two forest drives in Galloway Forest Park, this slightly shorter route offers fewer trails, but packs in just as much scenery, wildlife and wilderness as the Carrick Forest Drive. At just 10 miles long, you can travel the Raiders Road in either direction, and the route is open to vehicles between April and October.

Walkers, cyclists and horse-riders can access the route year-round. Unlike the other drives, there is a small fee to pay here of £2, payable by card or in coins at the car park.

The Otter Pool has a rest stop and well-appointed car park, and is situated about half way along the route. It’s popular with picnickers and family groups, and is the perfect spot to stop and set up for a meal and a long, relaxing afternoon. Stroan Loch has some incredible views to take in, or you can explore a vintage architectural marvel, in the form of an old viaduct.

“The forest drive is a great place in the summer to see Dumfries and Galloway’s largest dragonfly, the golden ringed dragonfly, says Lucy, our ranger. “They can often be seen flying along the edge of the road so you might spot one in the corner of your eye as you travel through.”