Saying goodbye to the sculptures of Frank Bruce
Back to
Blog

Saying goodbye to the sculptures of Frank Bruce 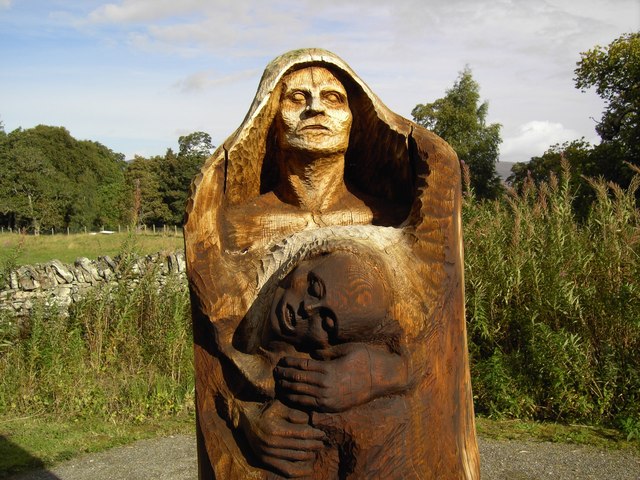 A unique sculpture trail in the Cairngorms is slowly losing its works of art—just as the artist intended.

The sculptures were made from reclaimed wood by the late Frank Bruce (1931—2009). The impressive and beloved collection of works in timber and stone are carved in the ‘archetypal abstraction’ style developed by the self-taught, Aviemore-based sculptor.

Sited at Feshiebridge in the Scottish Highlands, these striking carvings explore Scottish culture, and our place in the world. Some are striking and beautiful, others exude an air of mystery and menace. The inevitable fact that some of the sculptures would weaken and fail, whilst others stood the test of time, was a key element of the sculptor's original concept. 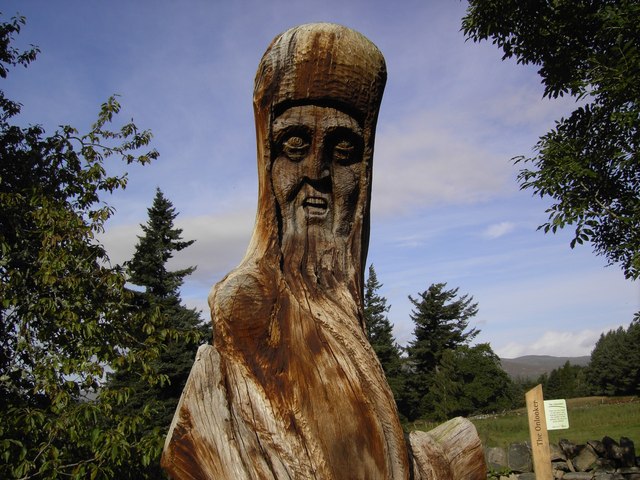 Maree Morrison, Recreation Ranger with the FLS team in Glenmore, said: “The sculptures, many of them created from Scots pine from here in Inshriach forest, fill the woodland with spirits and stories. It’s quite poignant that some of the smaller pieces have already rotted away. It really gives you pause for thought when you’re walking round the trail. Since Frank died, there has been an effort to preserve the sculptures but long-term exposure to the elements has resulted in a couple of the really large timber pieces suffering internal rot that has made them potentially dangerous."

The sculptures fill the woodland with spirits and stories."
- Maree Morrison, FLS

“We’ve lowered those sculptures to the ground now but we have made sure that they are facing ‘up’ so that visitors can still enjoy them," Maree continues. "Hopefully, our actions, which are entirely about public safety, will feed in to visitors’ interpretation and understanding of Frank’s vision.”

Understanding the legacy of Frank Bruce

Two more wooden sculptures, and one of the stone sculptures at Feshiebridge. Credits: Geograph 1 /  2 / 3

The presence of three stone sculptures by the artist ensures some permanent presence onsite for his much-loved work, which attracts a steady stream if visitors throughout the year to Feshiebridge. These sculptures, and the remains of those which have begun to decay, will remain as a memorial to this talented and thought-provoking artist.

Bruce had a lifelong love of the Highlands, and settled with his family in Aviemore in the 1960s, where he and his wife worked locally. From here, Bruce created many of his most famous works, inspired by Scottish folk history, literature, and art. Sceptical about the commercial art world, the sculptor did not sell his work, and instead insisted that it should always be available to the public free of charge. This belief informed the relocation of the sculptures from their first home in Banff, in Aberdeenshire, to Feshiebridge, where many of them originated as pieces of standing deadwood.

Returning to the earth

One of the sculptures pictured above, as it now lays.

Frank Bruce always knew that these sculptures would have a relatively brief life, and would one day return to the earth. He welcomed the opportunity to move his work to the present location at Feshiebridge under the care of the Frank Bruce Sculpture Trust. Allowing the sculptures to age and rot underlined his belief that his art should be a part of our natural cycle of birth, life and decay.

The remaining sculptures, as well as their fallen friends, can be seen along the banks of the River Feshie on the trail named for Frank Bruce, and on the Feshie Woodland Trail. Both start from the main car park, giving good views of the river. The trails around the scuptures are also wheelchair friendly and there is a small dedicated car park for disabled visitors.