On Friday 26 August, all three juveniles left the nest heading south, and it looked like they'd began their migration to Africa. We've never seen all chicks leave the nest at the same time, but they did in this case, all leaving on Thursday. By Friday morning:

However, we've continued to monitor their progress over the weekend: 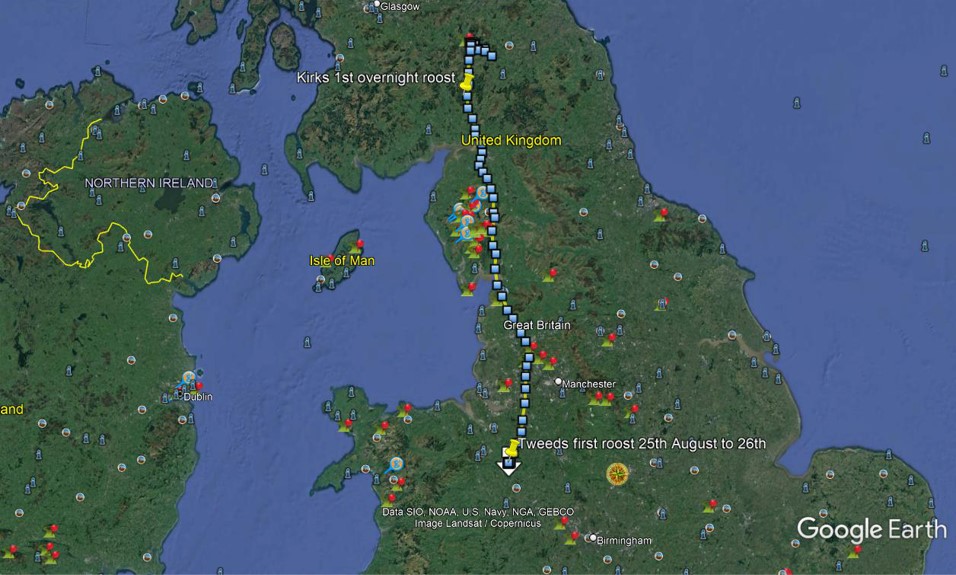 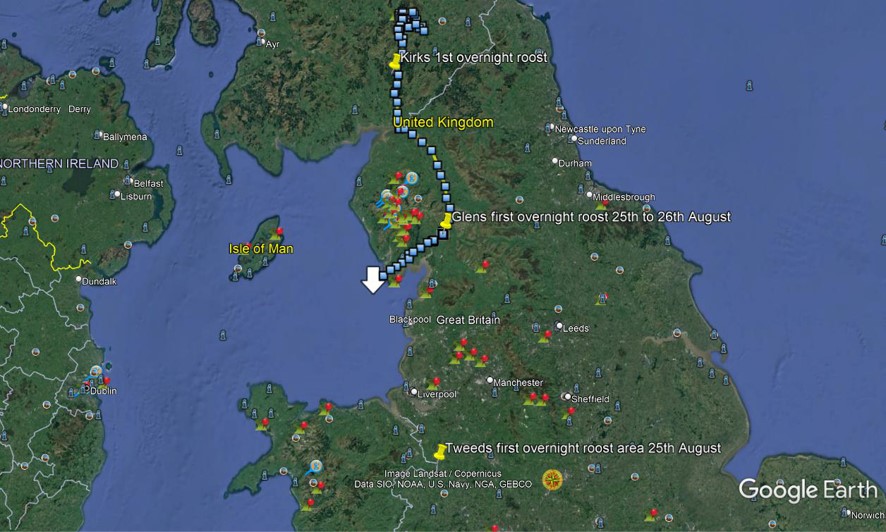 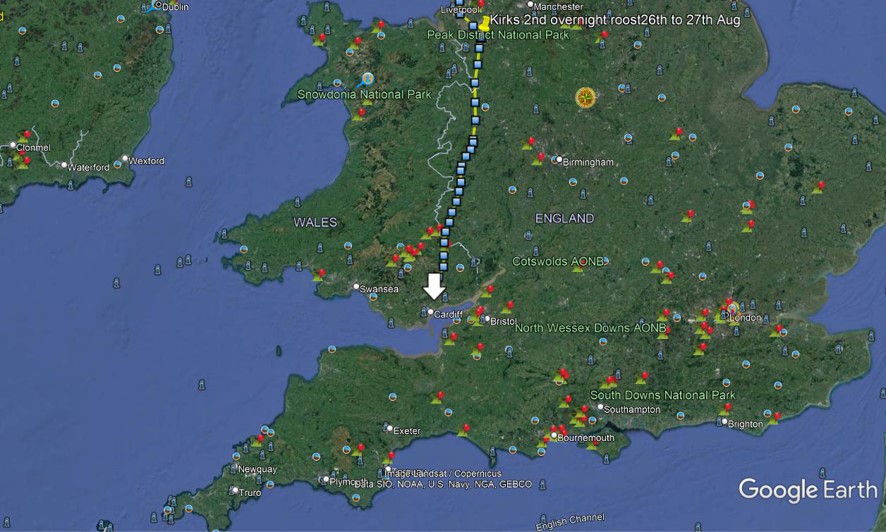 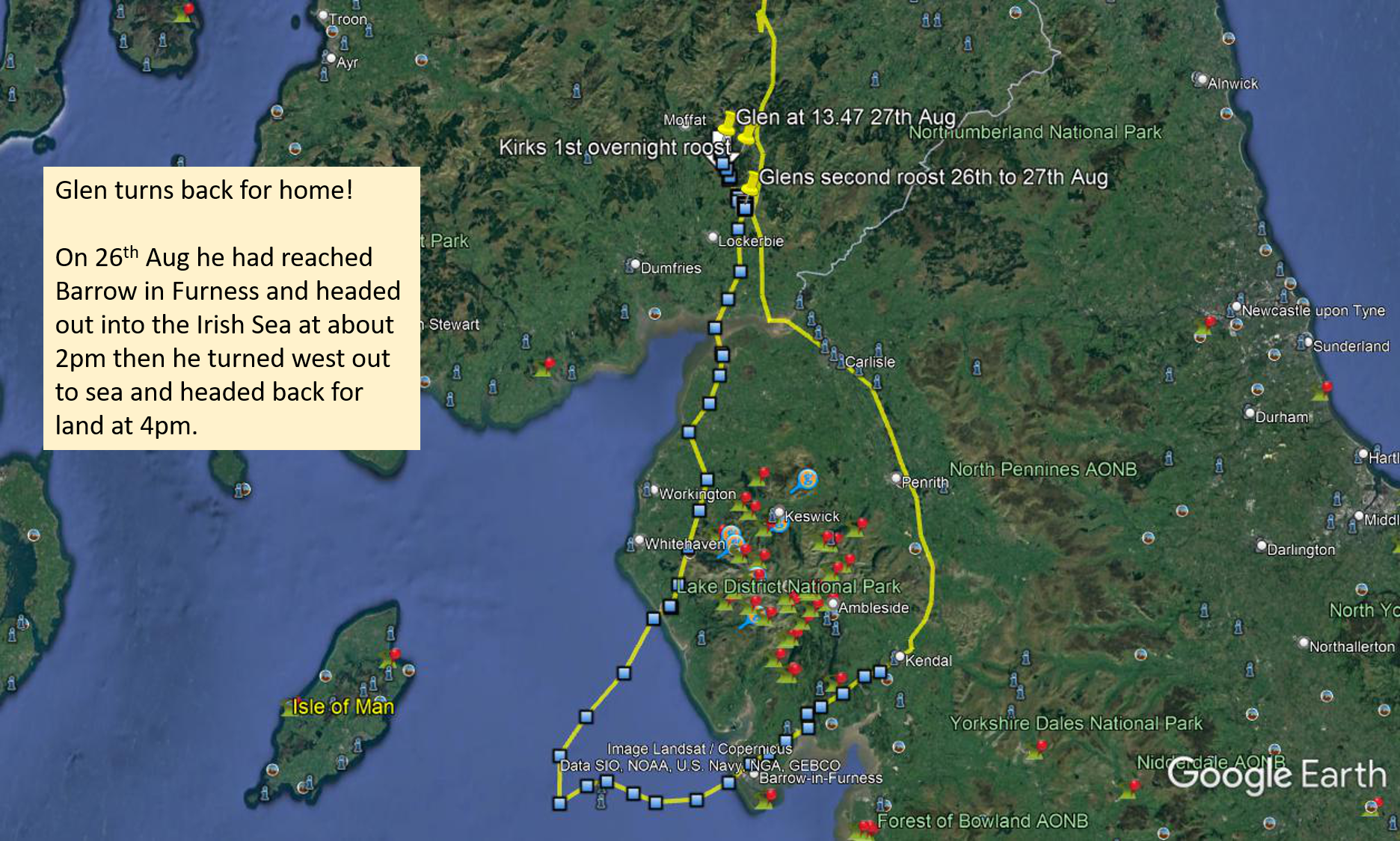 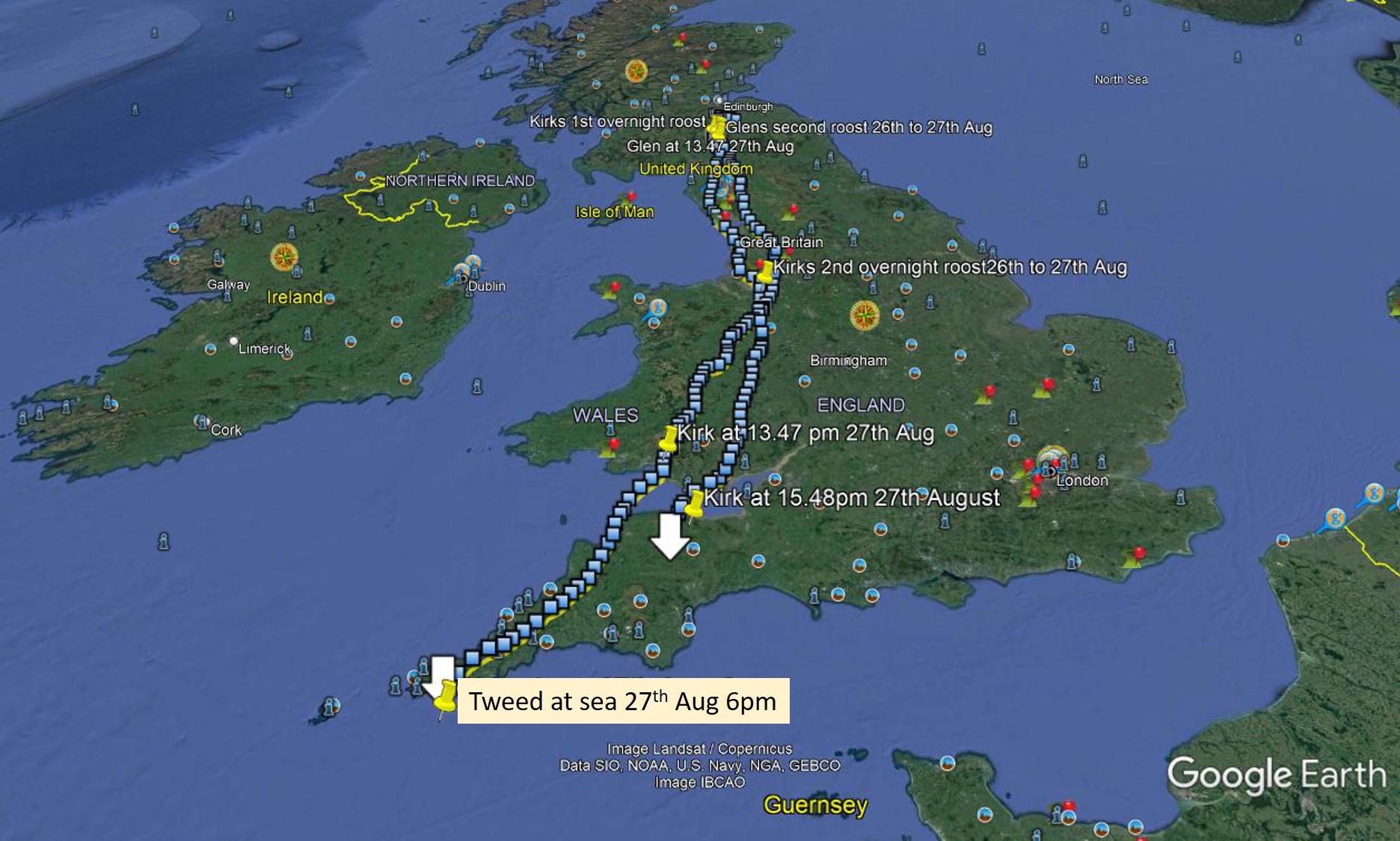 Tweed and Kirk's flight to Cornwall, showing Tweed heading out to sea at 6pm on Saturday 27 August 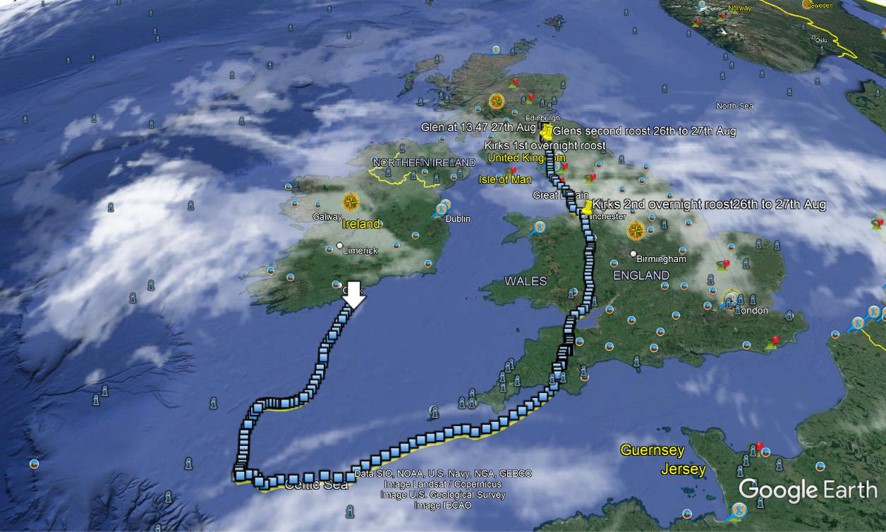 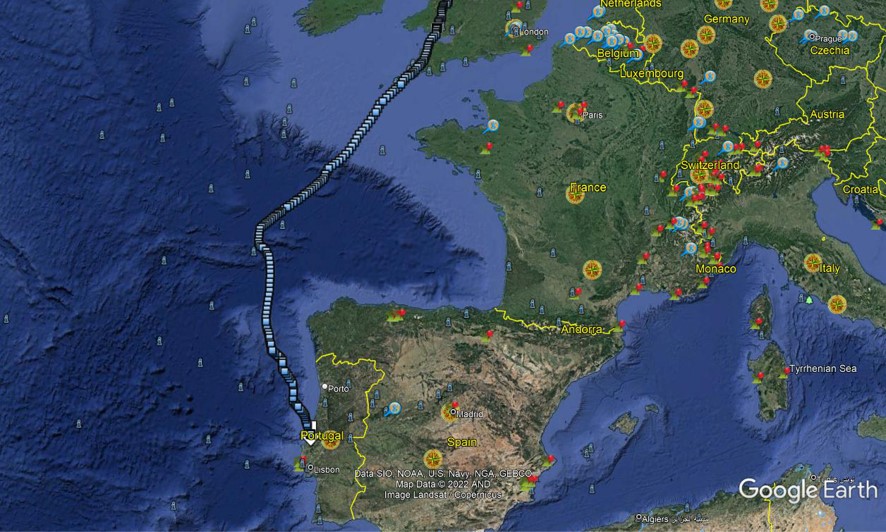 Tweed's flight south into the Atlantic before reaching the Portuguese coast north of Lisbon.
❮ ❯

As of the evening of Tuesday 30 August: