Hope has left the United Kingdom! 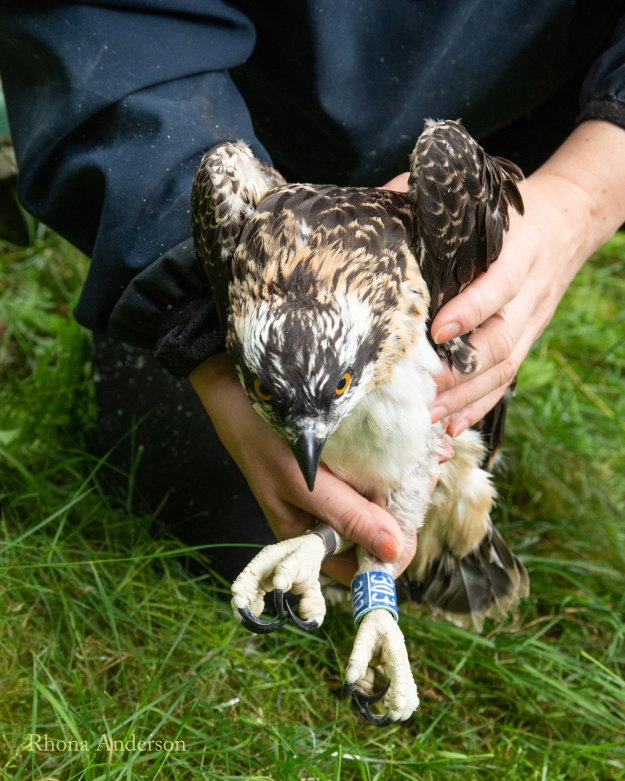 At last, some good news! Hope, the third young osprey from the main nest in Tweed Valley, has started her migration and safely made it out of the UK.

In our first update from Hope, we learned she had crossed France and reached Spain on 9 September. At 9:43am Hope was flying at an altitude of 810m, at a leisurely speed of 8.72knots. Her journey took her over the major route of the A-15 south of Lekunberri in the Basque Country of Spain.

Hope left the main Tweed Valley nest site at 5:50am on 5 September, where she was last seen on the nest. The day before, her dad, SS, had been bringing fish for her. The rest of the family had already gone, and tragically, her sister Luna had died in Dorset by the time Hope decided to migrate.

On her first day, she travelled a huge distance of 450km, followed by a shorter 31km journey on her second day, and then another epic 410km to leave the UK and travel down through France. It is very interesting that the route that she took through UK was so similar to her sister Luna’s, except that on reaching the south coast she went directly across the channel, while Luna had turned west along the coast into Dorset.

Luna’s hesitance to leave the coast and cross the channel was probably weather driven. Fortune has favoured Hope, and she has made swift progress. We have everything crossed for her safe journey, and it will be really exciting to see where she spends her winter if she can successfully complete this first migration journey. 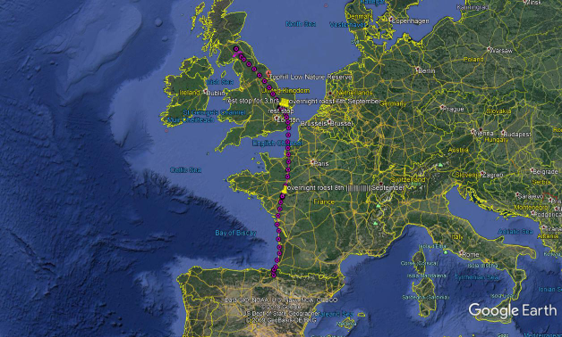 Hope’s journey so far (up to 9 September) 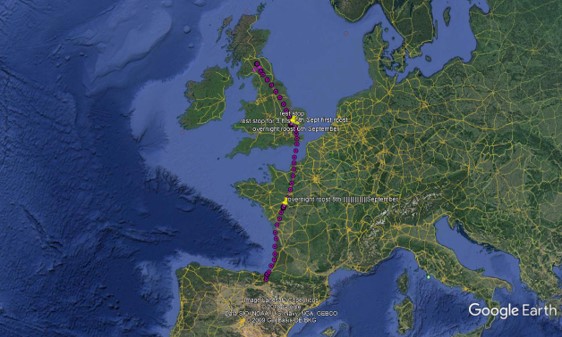 A fast migration for Hope so far to Spain

All the ospreys have now left from the new nest site, which has been monitored by volunteer Stuart Blaik this season. They stayed as late as the main nest adult SS and his daughter Hope.

I was fortunate to visit the osprey site at Loch Doon at the weekend, where I saw one of our Tweed Valley ospreys’ great grandsons on the nest.

The poor young osprey was having a hard time, being harassed by two crows after his dad had delivered a fine fish for him. He never got to eat it though, as the two clever crows bombarded him so often that he lost his fight to defend it. He gave up and gave chase, even managing to steal back his fish from the crows. Nonetheless, they kept coming in and taking chunks of his meal.

It is a fantastic set up at Loch Doon in Dumfriesshire – they have a visitor centre with cameras on the nest for live viewing and a lounge to sit in and drink good coffee whilst watching the nest across the loch. Volunteers are on duty to tell visitors what is happening and to keep them informed. The enthusiastic Roy, who was on duty when I visited, told us all about the birds and the osprey project there. It was really good to make links with sites to where Tweed Valley birds have dispersed and are now breeding.

Another update from Hope!

This morning, we learned Hope has travelled down the west of Africa, having made a safe crossing over the Alboran Sea, leaving Spain yesterday. 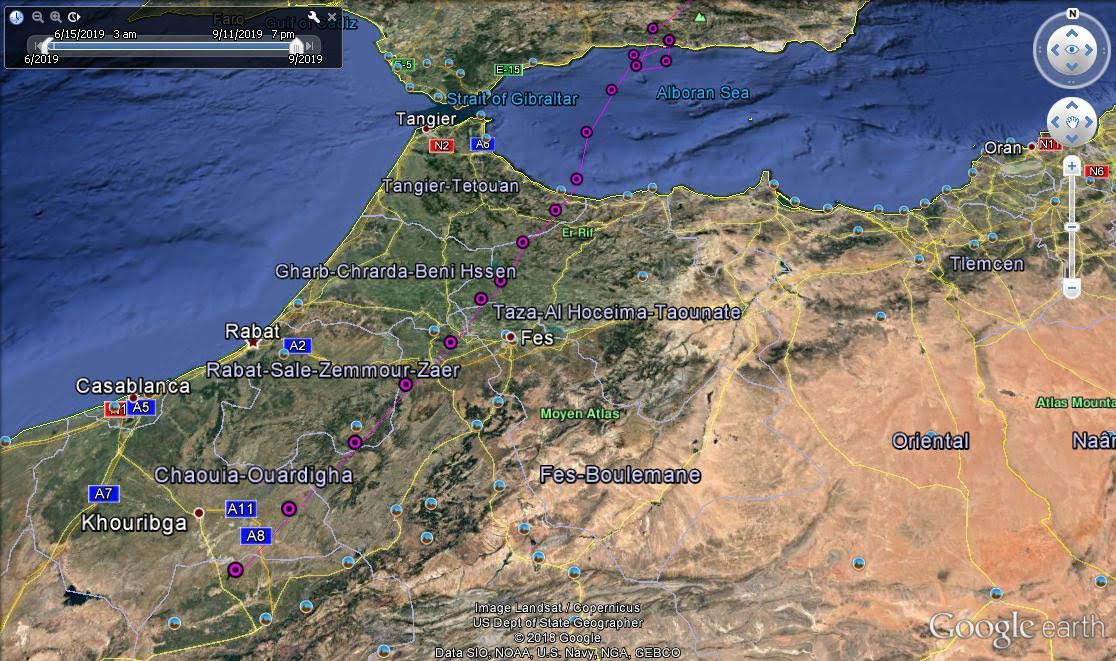