Lichen is a hidden gem in our woodlands, often overlooked and underappreciated.

Scotland is home to over 1,500 different species of lichen, which makes up around 87% of all lichen found in Britain. Lichens tend to thrive in our relatively clean air, cool summers, mild winters, and our higher levels of rainfall which occur throughout the year. This is especially true of western Scotland, which is home to a large number of rare species and other lichens that live in Scotland’s Rainforest, part of the globally rare temperate rainforest.

Lichens are rootless, and instead, take in water directly from the atmosphere, this makes them robust organisms that can grow in harsher environments than most, such as deserts, mountaintops, and frozen landscapes like tundra. In dry conditions they shut down their systems and dry to a crisp. Most lichens look fairly drab when they dry up, but brighten with a whole range of intense colours when wet.

Because lichens take in water directly from the atmosphere they can be very sensitive to pollutants, causing them to be more susceptible to changes in our rainwater.

We have seen many species of lichen in decline, some becoming locally extinct because of human-related toxins such as sulphur dioxide, ammonia from animal farming, atmospheric nitrogen oxides from exhaust fumes, and other pollutants like ozone.

However, this sensitivity to change makes lichens useful ‘indicator species’. An indicator species is one that is environmentally sensitive and can therefore help scientists predict changes in like air quality.

When it comes to air, lichens are used because their level of sensitivity can vary such that we can tell how polluted an area is by the type of lichen growing in it. In areas with lots of agriculture and vehicle traffic, you will see ‘crusty’ lichen. In areas with little air pollution, you’ll find more nitrogen-sensitive or ‘bushy’ and ‘leafy’ lichens that can only survive on clean air.

Lichen identification can be a fun activity to do year-round, and Scotland is a perfect place to learn more about these delicate organisms that add personality and colour to our woodlands. Though you should be able to find lichen rather easily, we recommend these locations to go spotting for this underrated organism. 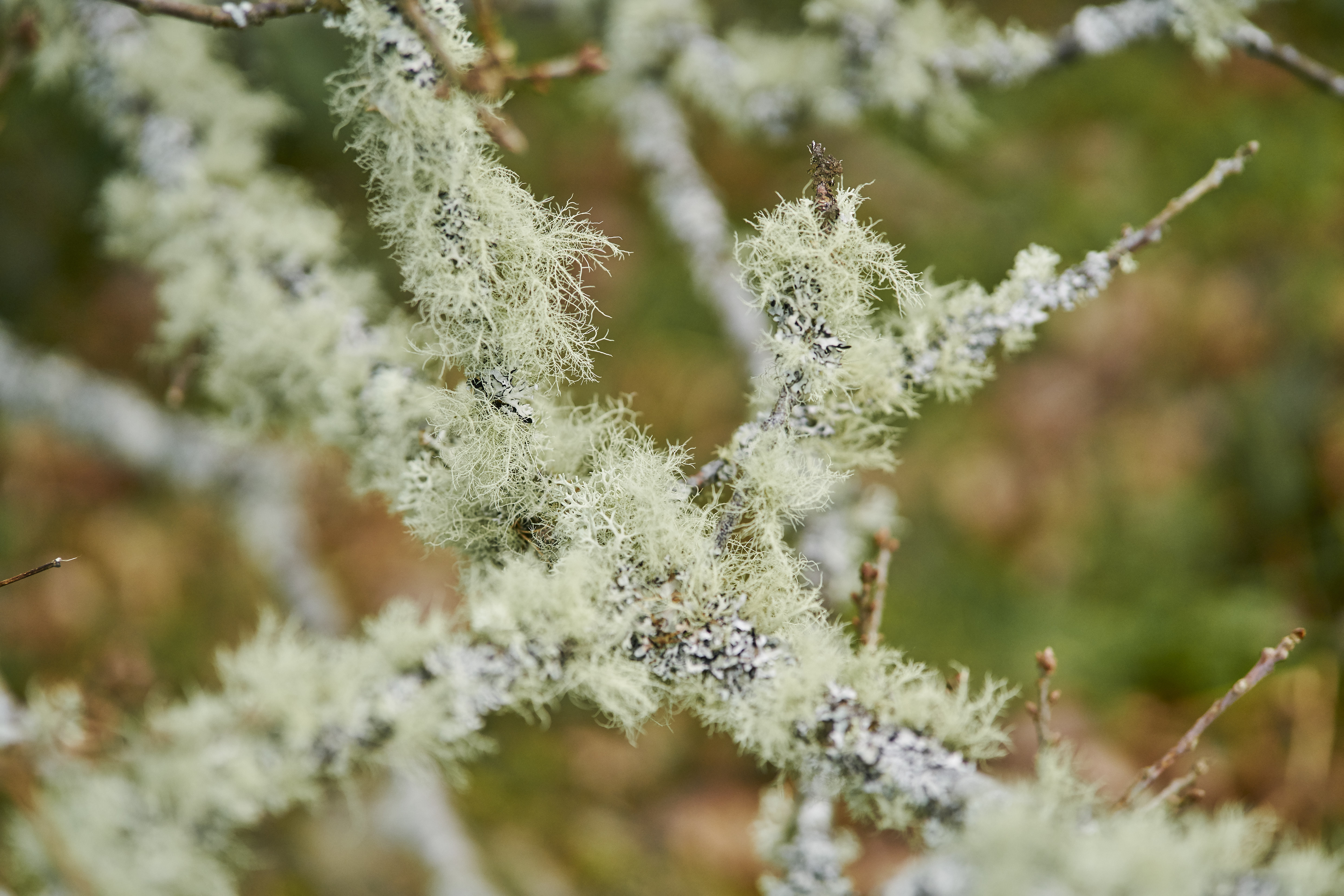