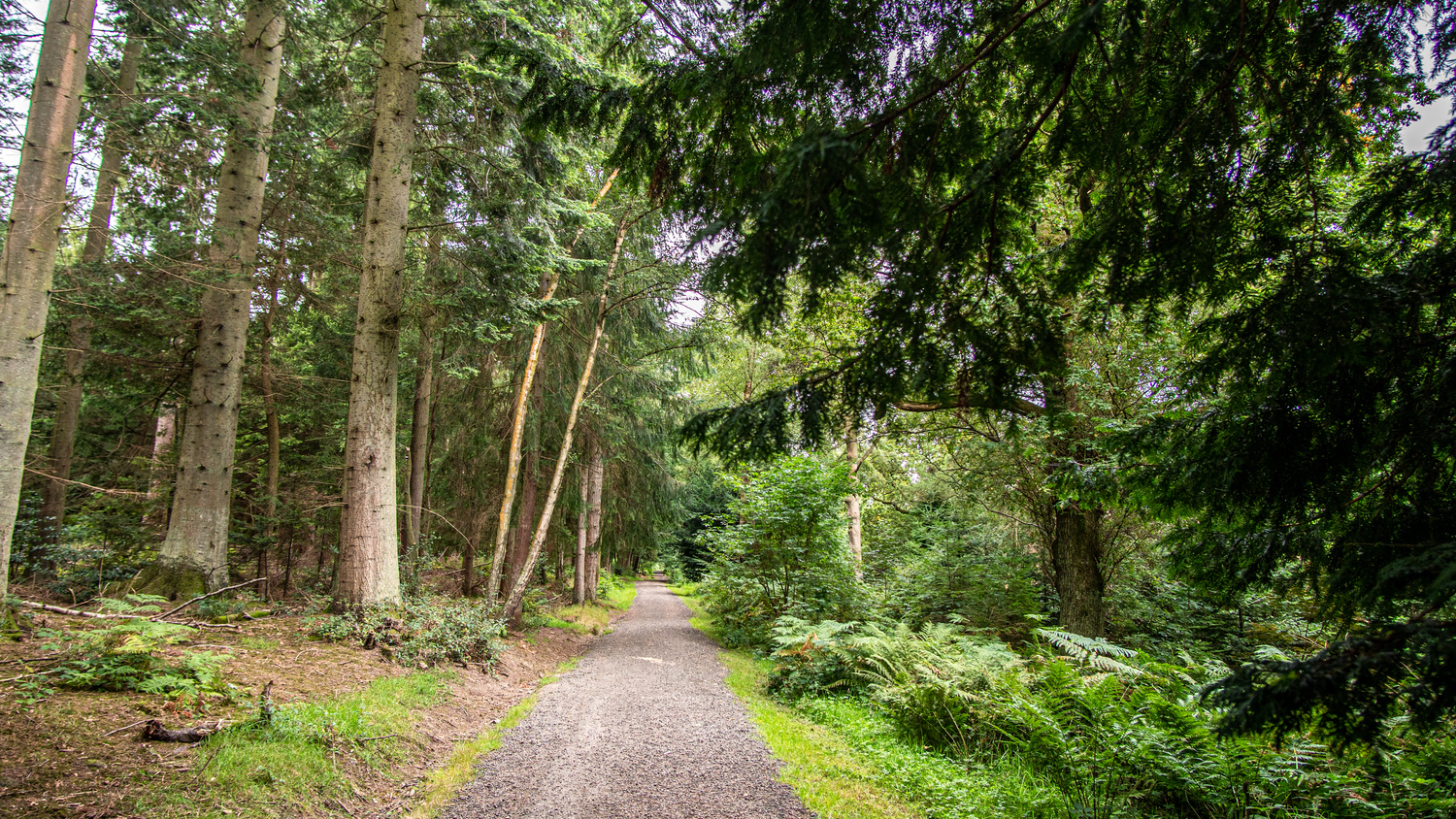 Last week the John Muir Way, the long distance route running from Dunbar in East to Helensburgh in the West, celebrated its fifth birthday. The lengthy, winding route is named after John Muir, a pioneer of conservation who emigrated from Scotland to America in 1848, aged 10. Muir was part of a group of activists that fought to protect Yosemite Valley in California, and helped to create the world’s first national park system.

Starting at John Muir’s birthplace in Dunbar the route covers 134 miles across central Scotland to Helensburgh linking up to Loch Lomond & Trossachs National Park, which was Scotland’s first National Park.

The route passes through a number of our lovely woodlands as it winds its way across the country. Even if you are not planning to take on the full route, you can take in parts of the route in some of Forestry and Land Scotland’s sites, across central Scotland.

This ancient semi-natural woodland, set in the grounds of Callendar House and Park has a short section of the John Muir way passing through the site.

While you're there, check out the mausoleum built in tribute to the Forbes family who lived in Callendar House. the house is now a museum that you can all visit as part of your visit.

This section of the John Muir Way offers a real wilderness experience, with the only sections of open hill on the complete coast to coast route.

Starting out from Carbeth Inn, the walk takes you through Aucheneden Forest out to Burncrooks Reservoir where you can see ospreys fishing for food. Then you head north towards Merkins forest. On this section, watch out for fantastic views of Loch Lomond in the distance.

After leaving the forest you will re-join the main road and can continue down to the shore at Balloch, where you can catch a train back towards Glasgow, or continue on towards Helensburgh.

For a shorter walk, there is a scenic 6 mile loop from Edenmill Farm Shop that loops round Bruncrooks Reservoir before it returns back to the car park.

This woodland offers a colourful patchwork of broadleaves and conifers, and sits on Bar Hill above the village of Twechar in Lanarkshire.

Take the winding path from the village up the hill to reach the remains of a Roman fort, which stands at the highest point of the Antonine wall.

From Bar Hill you can follow the John Muir Way across the main road to our site at Nethercroy.

The John Muir way cuts through this peaceful woodland close to the Forth & Clyde Canal at Auchinstarry Marina.

On the ridge here, you will discover some of the best preserved remains of part of the Antonine Wall, which was the northernmost frontier of the Roman Empire for around 20 years. When up on the ridge you can also take in some fantastic views of the surrounding countryside.

History is not the only reason for visiting this pretty woodland. It is also a haven from wildlife with butterflies, red squirrels and great-crested newts making their home here. During summer the meadows are full of wildflowers.