We see lichens all the times – in forests, on walls, even at the top of a mountain we’ve just clambered up – but how often do you actually notice them?

With amazing names like Reindeer Moss and Old Man’s Beard, and amazing colours, there’s far more to lichens than meets the eye. They’ve provided us with a source for bright and beautiful dyes, and been used as components in traditional medicine. They also provide us with useful information about how clean our air is. 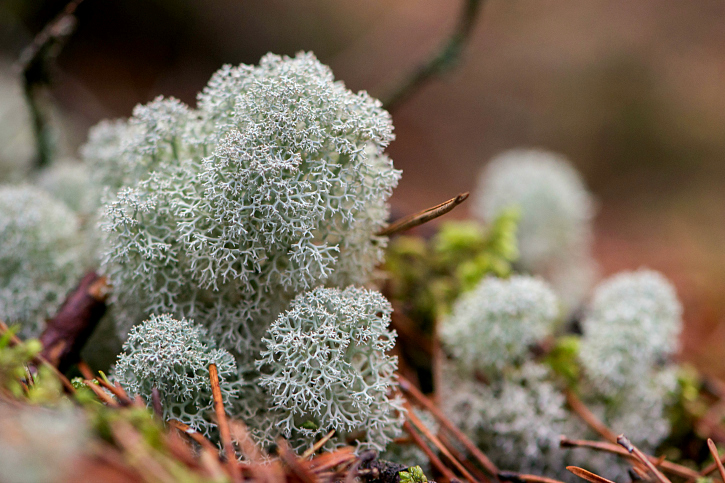 Read on as we delve deeper into the small but complex world of lichen!

Lichens may be small, but there’s a lot going on inside them! Made up of not just one, but two organisms, lichens are a perfect example of a symbiotic relationship. Symbiosis is a biological interaction between two organisms which live in close physical proximity.

In the case of lichens, the symbiotic process benefits both organisms. A fungus provides the ‘body’ of the lichen, protecting the photobionts (photosynthetic algae or cyanobacteria) who live inside, and in return provide nutrients for the fungus to survive on. There are lots of different types of both photobionts and fungi that can come together to form lichens.

Lichens are found all across the planet with an estimated 20,000 to 30,000 species worldwide. As they don’t have roots or require constant hydration, lichens are able to grow in places that other plants may be unable to, such as deserts, mountaintops and frozen landscapes.

Scotland has over 1,500 different species of lichen, thanks to a range of good growing conditions such as clean air, high rainfall and mild weather.

The three most commonly found types of lichen are: 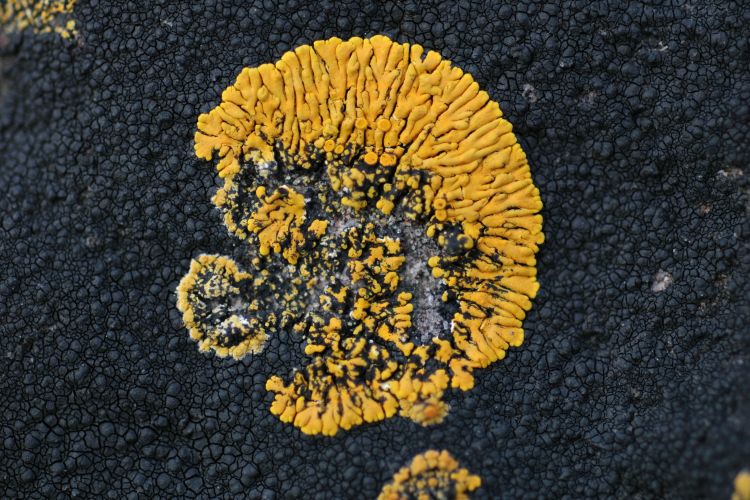 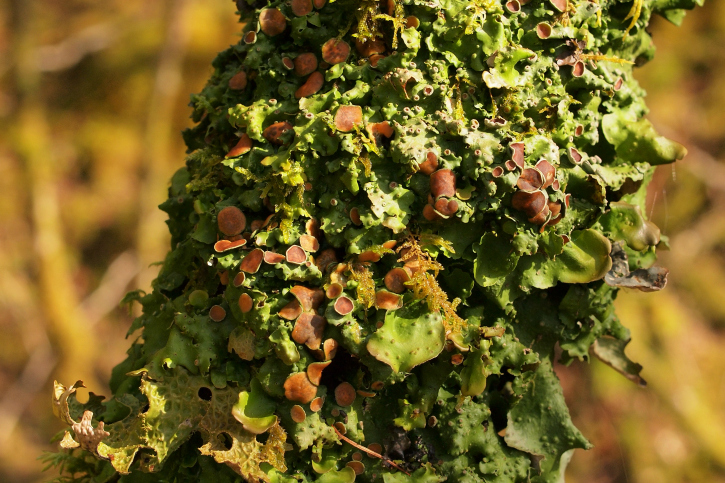 Lobaria virens, an example of a foliose lichen 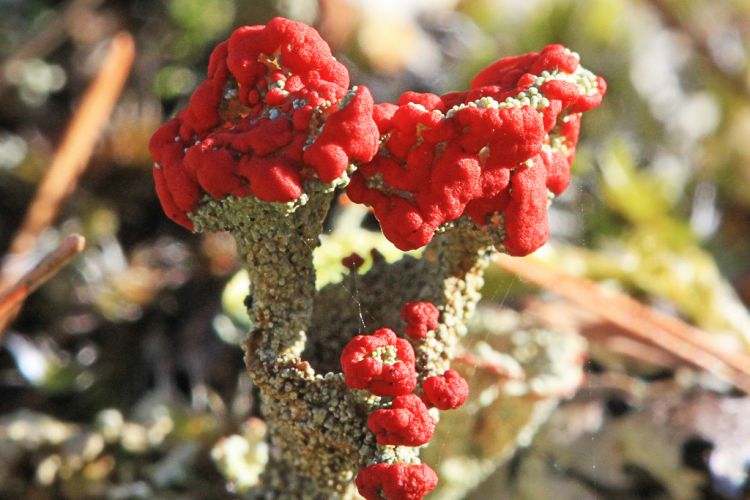 As lichens don’t have roots, they rely on taking in water and food from the atmosphere around them, which means that they are exposed to pollutants that have dissolved in rainwater.

Many species of lichen have become extinct due to increasing levels of sulphur dioxide since industrialisation, with others affected by ammonia from animal husbandry, atmospheric nitrogen oxides from exhaust fumes, and other pollutants such as ozone and fluorine.

While some species have seen a dramatic decrease in numbers, other species of lichen now have a wider range than they did a century ago – these species tend to have a higher tolerance to polluted air and survive in urban areas, growing on walls and pavements.

What they tell us

The above sensitivity to changes in the atmosphere makes lichens a useful indicator species. This means we can use lichens to determine levels of other things, such as the length of time a habitat has been left undisturbed, pollution and climate change. 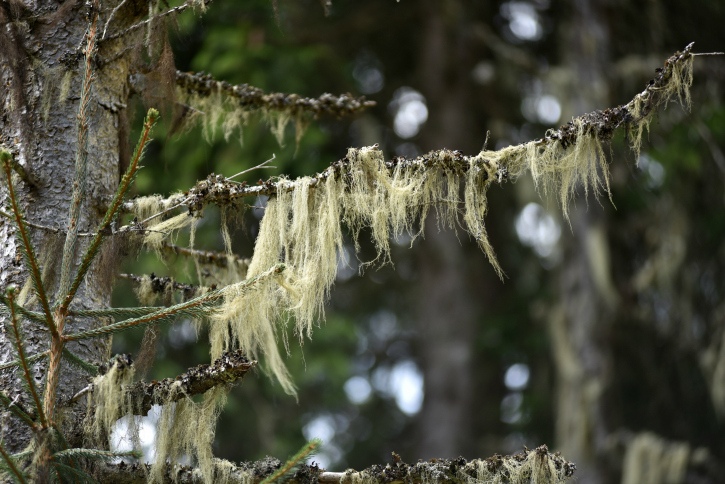 Lichens are often used as indicators for the quality of air in an area. Different lichens have different levels of sensitivity which allows us to tell by the texture of lichens how polluted the air is: in the most polluted areas you’ll find nitrogen-loving crusty lichens, while more nitrogen-sensitive bushy and leafy lichens need cleaner air to survive.

Where to spot them

You can spot lichens all across the country, from busy cities to flora-filled forests. Lichenologists even discovered in 2016 that clear fell sites are a haven for lichens! Nineteen clear-felled areas were surveyed across Scotland, from Galloway to Sutherland, and surveyors found a total of 179 different lichens.

The west Highlands are the best place to look for woodland lichens, with some amazing species covering branches of hazels, ash, goat willows and oak trees.

Names such as “The yellow specklebelly” and the “frilly fruited jelly skin” reflect the exquisite diversity that our temperate rainforests support. Scotland is internationally important for a large number of species, one of which is known nowhere else in the world. 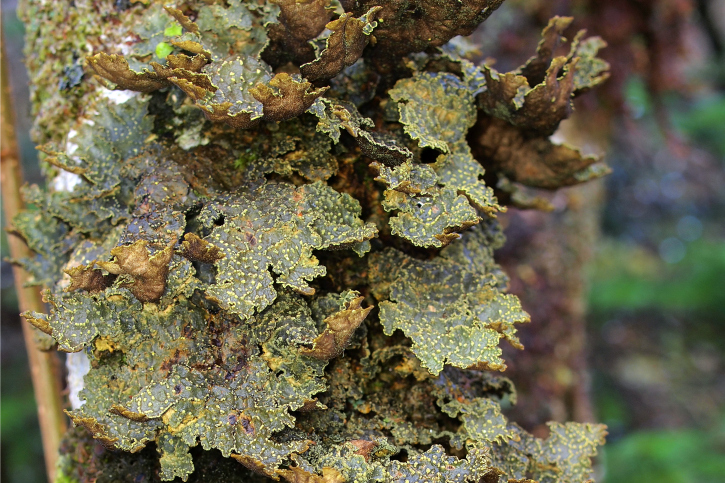 Three good locations to go spotting lichens are Barnluasgan near Tayvallich, Glen Nant near Taynuilt and the Sunart Oakwoods west of Strontian.

There are plenty of websites and books with information on how to identify different species, and this handy guide from OPAL Air Survey will give you some easy tips to work out what type of lichen you’re looking at.