The migration of the main nest’s young ospreys has begun. 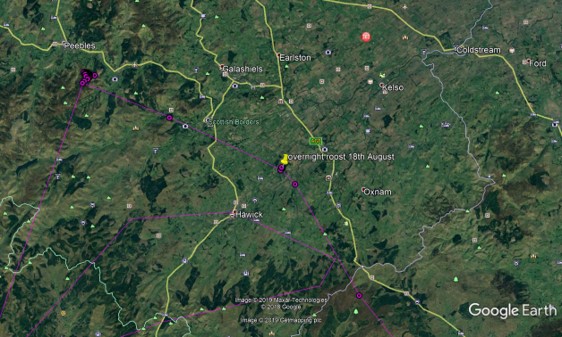 Luna left Tweed Valley, and her first stop was Minto

On 19 August at approximately 3:15pm, Luna, one of the main nest young ospreys left Tweed Valley and set off in a south easterly direction. 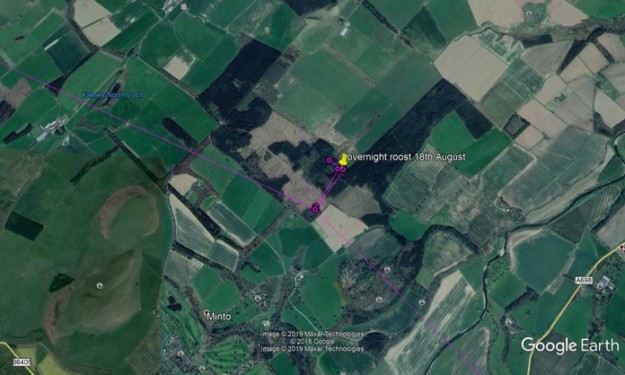 Overnight in a tree north of Minto, in the Scottish Borders

The first part of her journey was a flight of 32.84km to north of Minto in the Scottish Borders. She spent the night in a tree there, in a small woodland. She stopped at 18:23pm and stayed in the wood until the next morning, moving on again at 6:30am. She flew at a speed of between 5 and 20 knots, at a height of 580m above sea level. She flew continuously for four hours, then at 10:30am on 19 August she rested briefly in a tree at 157m above sea level, before continuing her journey towards Newcastle. 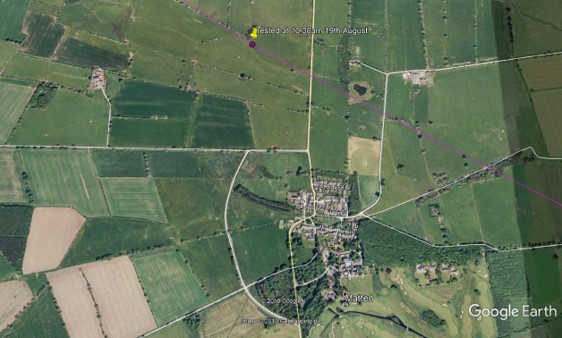 A well-earned rest stop after 4 hours of flying 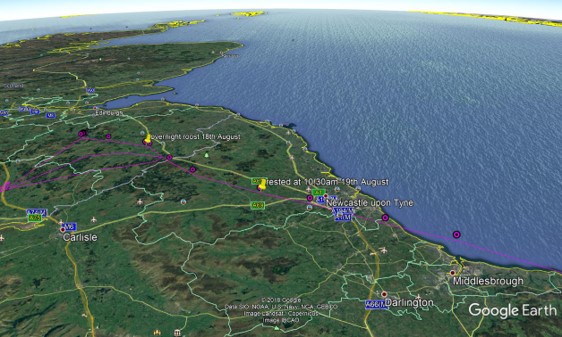 Out to sea beyond Newcastle

Luna flew out to sea leaving the mainland behind her, and traversed across the bay at Middlesbrough. She re-joined the mainland at 2:45pm, north of Goldsborough in East Yorkshire, heading up a wooded valley above the coast to roost for the rest of the day and overnight. She had covered a distance of 168km altogether on 19 August.

She stopped in the wooded area from about 3:46pm to 6am the following morning. From the image on Google Earth, the wood appears to flank a river where she may have fished as she moved around the area, before settling for the night. 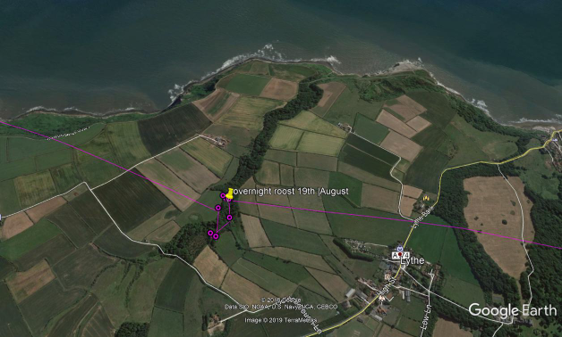 Her journey continued the next morning, and she had reached Newholm by 8am. She carried on going, heading steadily south east. The last GPS point for her migration received so far was on 20 August at 8:59am, north of Langdale End in Yorkshire. 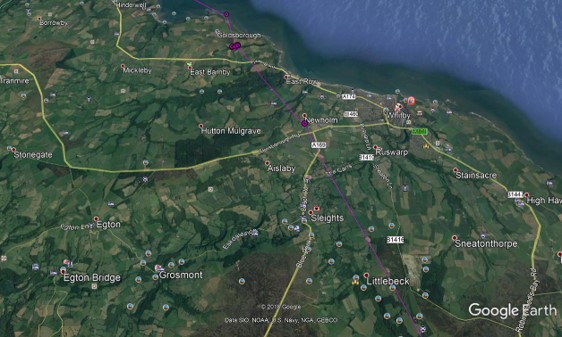 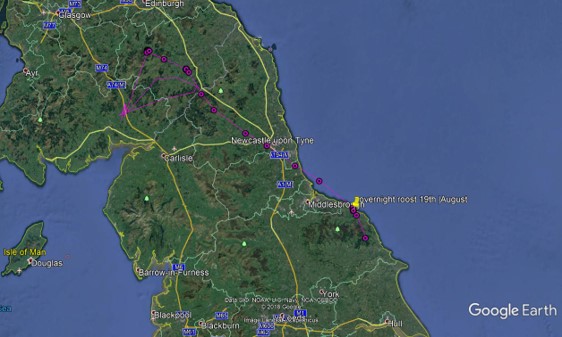 The full journey so far

The other tagged young osprey is Luna’s sister Hope. Her data has not updated since 16 August, when it showed that she was still at the nest site in Tweed Valley. By now she could well be on her way, but we will have to wait for the data lag to catch up. Buzz, their brother may well have left by now too.