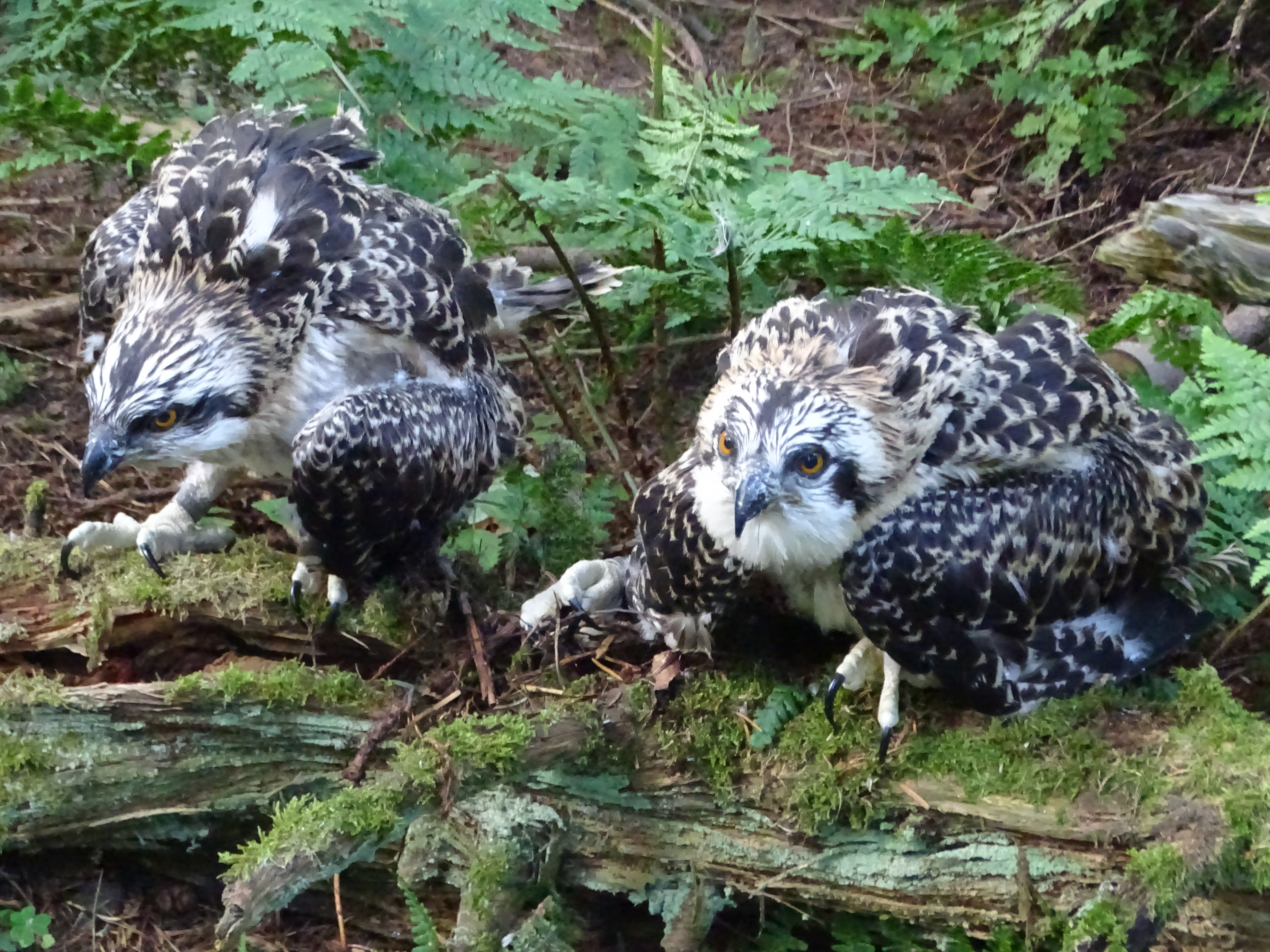 On 13 July, Megget (670) and Talla (671), the two young ospreys in the main Tweed Valley nest were 48 days old. Since ringing day, they have settled back to their normal routine with mum and dad at the nest site. They are very actively stretching and flapping their wings now in readiness for flight. Flight is achieved after 7 to 8 weeks of age, with an average being 55 days after hatching. So by next week our youngsters could be flying and the work of the parents Mrs O and PW3 will soon be over.

Not such good news for PW3’s mum and dad though, as their nest failed this year. This is the first year that this very productive and successful pair have failed since occupying the site. The sad thing is that the evidence shows that there had been chicks at the nest but they were gone. Predation in some form had occurred and this left the site empty. The parent birds were still there and the amount of white splash on the ground and distance from the nest indicated that the chicks had reached a fair age before succumbing to their fate.

However, a new nest relatively near to this nest has been built by a pair of ospreys, well-hidden at the top of a dense pine. This sturdy 2-foot thick structure proved to be a productive site with an osprey pair raising three youngsters.

News from the No.3 ‘back up’ nest site was good too, as this pair raised two female young now ringed with blue darvics with the digits 672 and 673. The No.2 ‘back up ‘nest site which had been abandoned for the past two seasons showed signs of activity recently, which is great news. Although not occupied this year, ospreys have been spotted carrying sticks into the site, so hopefully next year there may be a new family there. Within the same forest as the ‘back up’ nest sites, there is another osprey nest which also produced three young ospreys this season.

It is always really thrilling when a bird returns and we get to find out that they are successfully breeding. This happened during ringing, when a bird with darvic ring, blue FS2, was photographed at the west of Peebles nest site where she is now the resident female. (This is the very good site where previously we heard that her son and daughter from 2019 had visited Kielder last month). We did not know the identity of the resident female until the environment team, Tony Lightley and Eve Schulte visited to ring the chicks. We were able to read the identity on the darvic for the first time, from a super photo that Stuart Blaik managed to take during the ringing as she flew overhead. 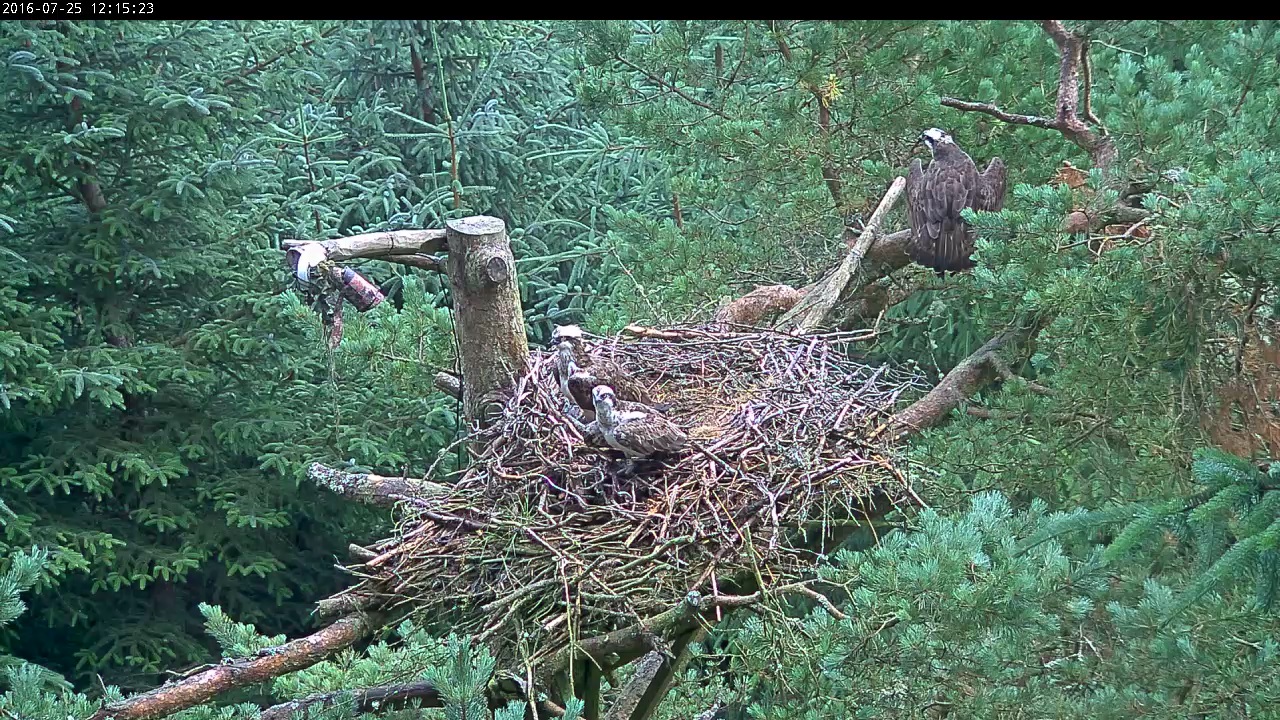 The reason FS2 is of such interest, is because we know of this bird from her antics in previous years. We have since found out that FS2 originated from a nest at Loch Arkaig in 2014. She first turned up at the main Tweed Valley nest site in 2016 where she was tolerated for a whole 20 days over the summer with white leg SS and his partner at the time, AS6. Their nest had failed, the chick died and the second egg never hatched. They remained for the whole summer and the visiting FS2 even practiced squatting on the dud egg and rolled it around the nest making soft grunting noises almost as though she was rehearsing for incubating. The following year AS6 never returned but FS2 did and she had a rival in newly arrived Mrs O. The two ladies both vied for the attention of SS and both mated with him but it was the indomitable Mrs O who won the day. She went on to become the resident female at the main nest which she now shares with PW3 since SS died in 2020.

It is heart-warming to know that FS2 went on to find a partner of her own and created a fantastic nest site which they built themselves in a massive tall tree. This site has been monitored since 2019 but perhaps it was first established in 2018 and that was most likely FS2’s first successful breeding season. FS2 is with a partner with a BTO ring but he has no darvic ring so we cannot identify him. This year they have raised two fabulous healthy young ospreys and their brood have been fitted with darvic rings which are blue with white lettering of 681 and 682.