Good news is being received across the UK from osprey watchers at sites where chicks are beginning to hatch. Congratulations are due to Loch of the Lowes, Kielder, Rutland and Dyfed who all now have little hatched ospreys in their area. 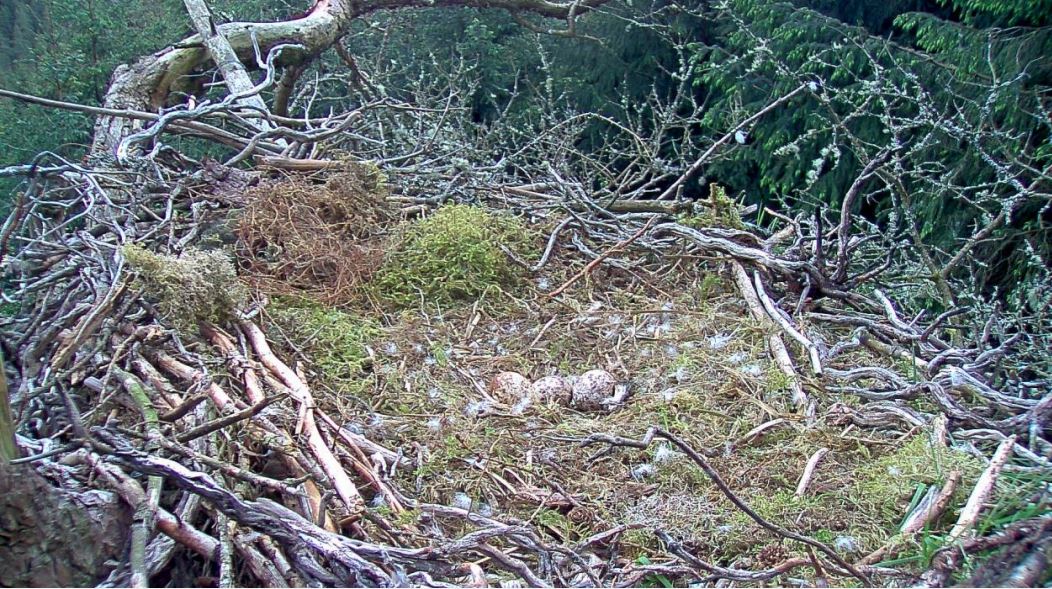 We are expecting hatching sometime around the first week of June for the main nest ospreys in Tweed Valley. Incubation is a long waiting process and we have watched Mrs O in all weathers hunkered down in the cup of the nest with her eggs, only leaving to feed when PW3 brings fish in, or for the occasional wing stretch and toilet break away from the nest. The hours are occasionally wiled away with moss-moving - pulling at the moss lining around herself in the nest and moving it around with no particular purpose. It’s a useful restful period because once the chicks hatch there will be a lot of work to do for both parents in order to raise them to adulthood. 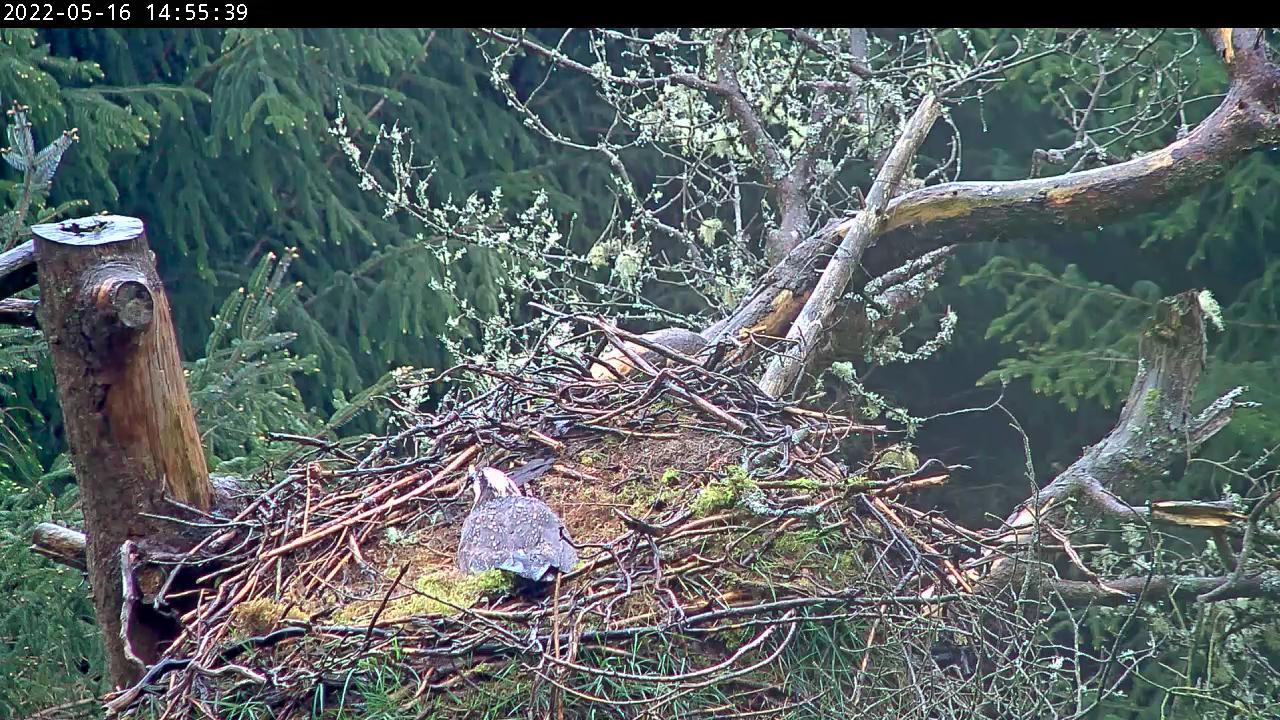 Tweed Valley osprey FK8, a female, was fitted with a tracker in 2013 and we followed her progress as she migrated annually to Portugal each year. The tracker gave us super data, allowing us to track her to an eventual nest site in the Dornoch area. After her first successful year, raising just one chick who we called Doros, she left 5 days after fledging and went back to Portugal from where we never received any further tracking data from her. However, a bird was spotted a couple of years ago in Portugal with what appeared to be a thread hanging down from a tracker and it was thought that perhaps this was her. The harness holding the tracker eventually would have fallen off. It is designed to drop off in one piece once the thread has perished. We have just found out that the nest site that FK8 used in Dornoch is still occupied and we are very hopeful that the female resident is still FK8. If she is there, then the bird Blue NP8, which was photographed in Portugal last month, is one of her offspring and was ringed in 2021. We are hope to confirm that the female at this nest site is FK8 by the end of this season. 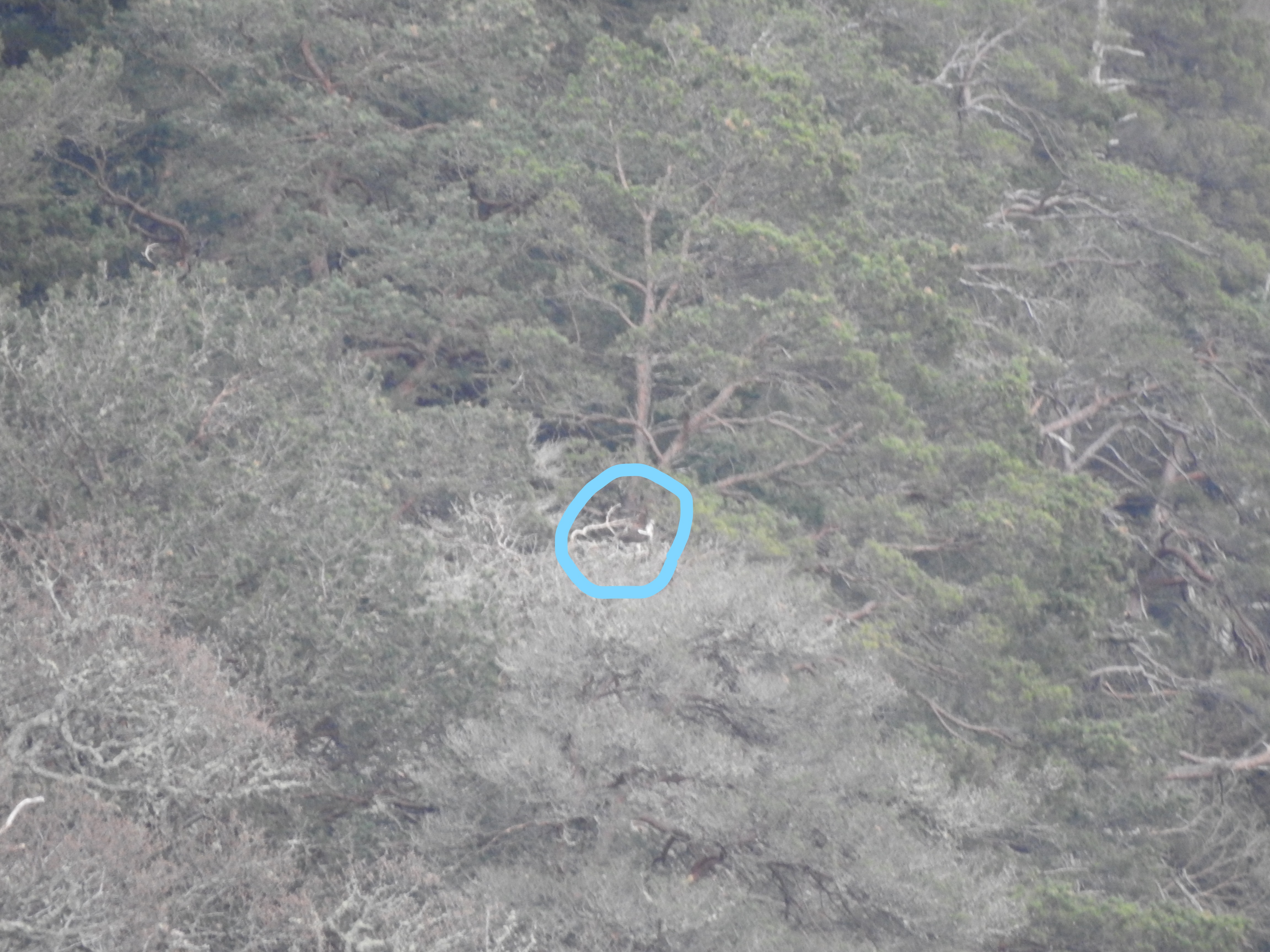 Could this distant osprey at the nest be FK8? Photo courtesy of Alison Elder

As more ospreys move into the Borders to colonise areas to breed, we have discovered many newly built nest sites. Many previous visitors would have enjoyed the luxury of claiming a ready-made artificial platform, designed to welcome them and provide a hassle-free start to breeding. One new pair were not so lucky as they chose to build their nest on top of a timber stack within a forest. A very bizarre place to build a nest, giving access to any predator from the ground. They got as far as laying at least one egg but this has since failed and was likely claimed by a fox or badger. The inexperienced pair of adults have remained in the area and have gone on to build another nest in a tree nearby (this is often referred to as a frustration nest, built late in the season after failing to breed). Hopefully, they will be back again next year and if the site they have chosen is unsuitable, our environment team from Forest and Land Scotland will have built them a better, stronger platform over the winter, as an alternative to start them off. 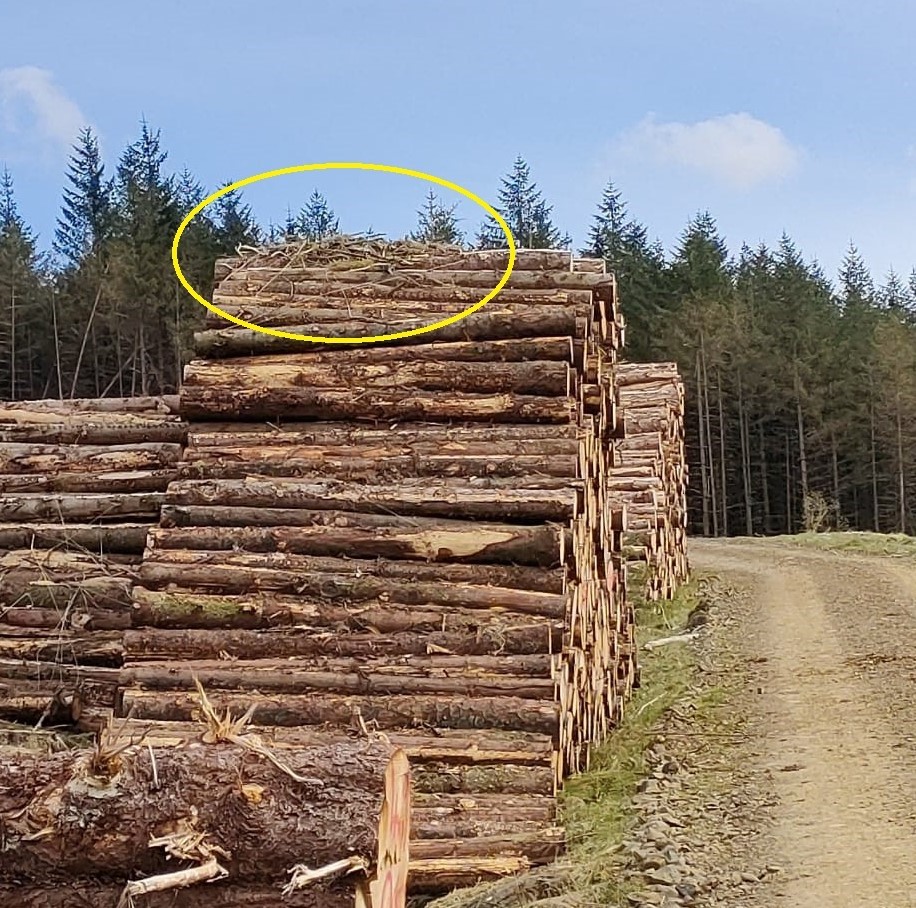 As you may have noticed above, we're delighted to now be able to bring you highlights videos from the nest! We'll be adding these to our YouTube playlist as the season progresses. Remember, you can also watch our main nest camera live during the day too.