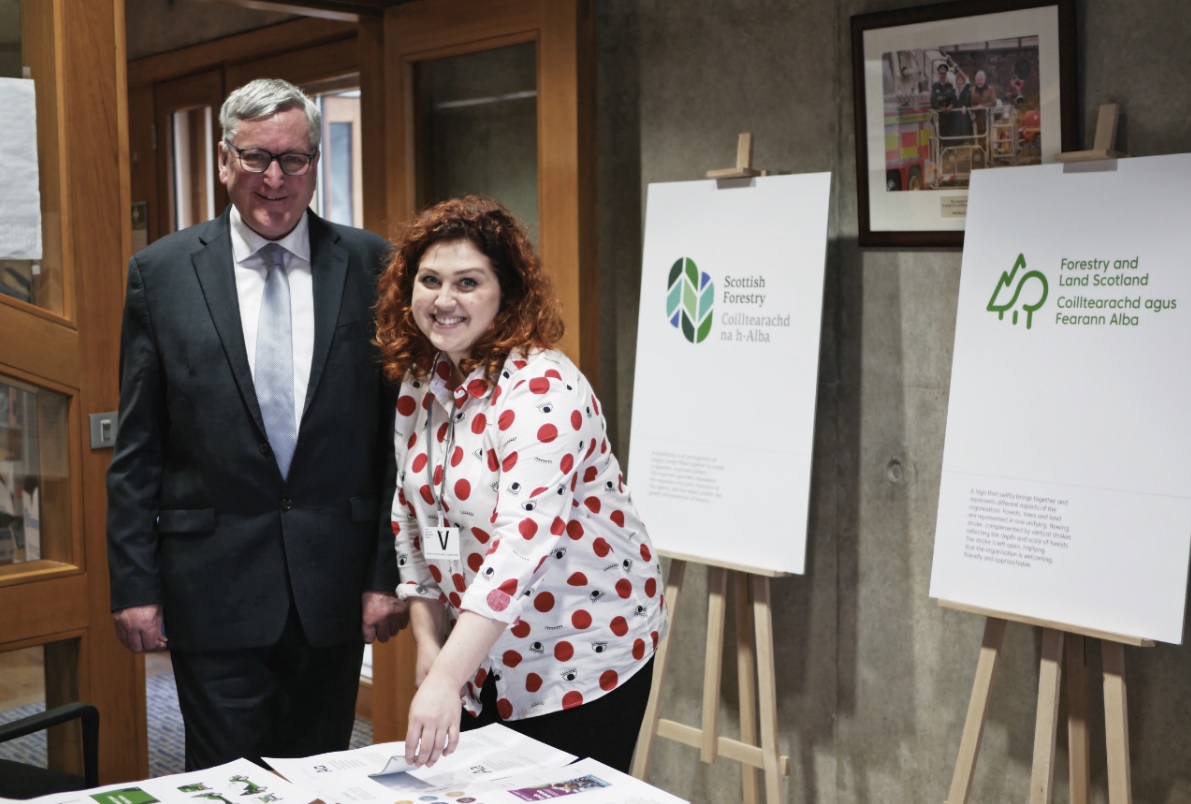 The creation of new agencies, Scottish Forestry and Forestry and Land Scotland, represents the start of a new chapter for forestry in Scotland.

It’s a pivotal time in forestry and an exciting one now that forestry is fully devolved to Scottish Ministers and the Scottish Parliament and two new forestry agencies have been created.

The new agencies - Scottish Forestry, and Forestry and Land Scotland - bring with them new corporate identities and an innovative culture – a culture that is making itself open to a more diverse workforce, and offering a broad range of viable, attractive career paths to young people taking their first steps into the world of work.

Take Yaz Serrano, for example, a 24 year old graphic designer who left her home in Huelva, Spain, to study at the University of Edinburgh.

After graduating in 2017 with a BA (Hons), Yaz joined the in-house design team at Forest Enterprise Scotland in 2018 and got her own Year of Young People off to a flying start, taking a key role in the design of two new corporate identities.

“I’ve known I wanted to work in a creative job since I was 11 years old, when I was totally in love with Picasso’s paintings, so landing a job like this straight after university was great!

“And it was a real challenge, too. We had to come up with designs that captured the spirit of what the new agencies but reflected the history and legacy of the Forestry Commission.”

The team had to work within clear parameters and also had to win over a workforce that had a strong emotional connection with the old design, which they accomplished by keeping staff involved at every stage.

“The design team, with Yaz’s help, has created fresh, exciting and timeless brands that will soon become synonymous with excellence and the high standards of forestry and land management that the new agencies will embody.

"The agencies will play a hugely important part in Scotland’s achievement of its land-use ambitions and I am pleased to see that the talent, drive and enthusiasm of young people is being brought into play as part of that process.”

“It has been an incredible opportunity and a fantastic first job. The team always made sure that I was involved and had an important part to play and I’m very grateful for that - it’s not very often that a junior designer gets that level of involvement in the creation of the logo for such a well-known organisation.

“I’m really happy with the experience I’ve had, the team I’ve worked with and the final visual identities.”

Yaz is now building on her experience and moving on to a new role with an international, Edinburgh-based Learning and Development company.

It won’t be long before she realises her true ambition running her own studio but she has certainly played a part in ensuring that Scottish Forestry and Forestry and Land Scotland will be very well and clearly defined in the public eye.