This partner-run project is thought to be the first of its kind in Scotland. Through a series of environmental restoration tasks, the project's goal is to restore the Black Water of Dee to be more favourable for salmon and trout. 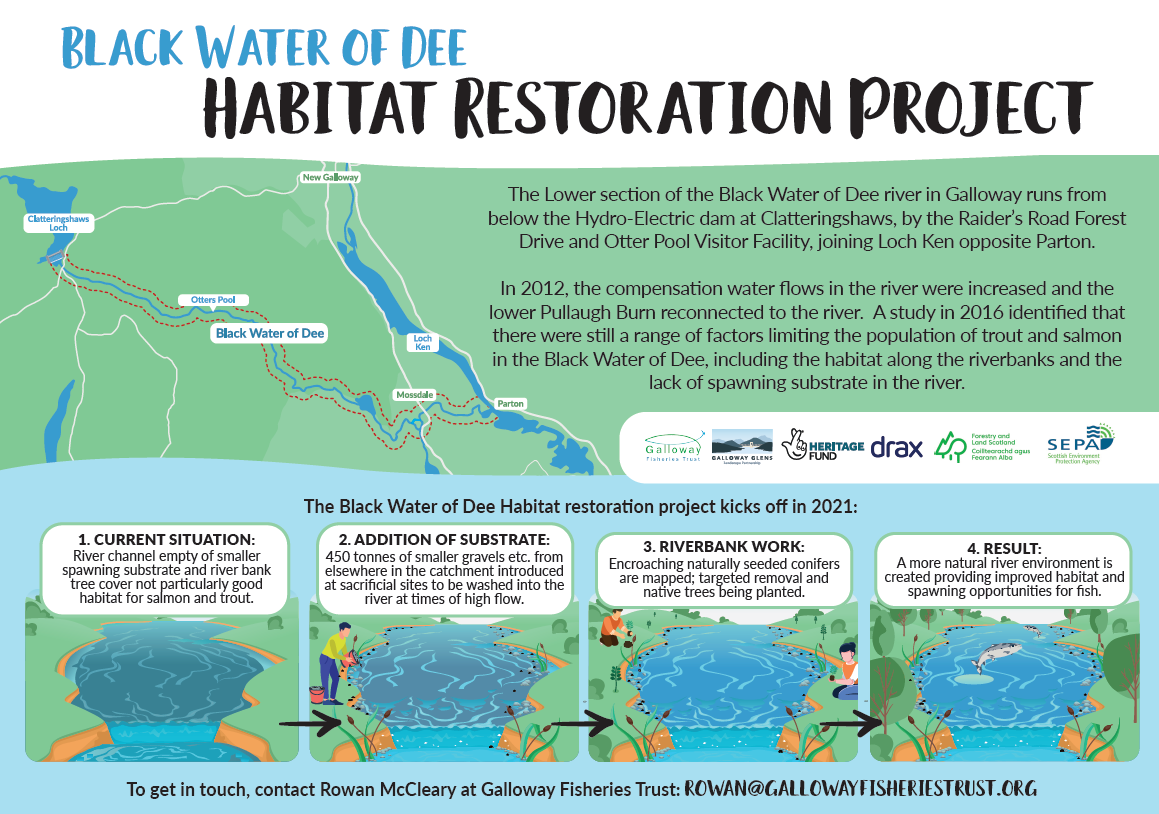 The lower secton of the Black Water of Dee river in Galloway runs from below the Hydro-Electric dam at Clatteringshaws, by the Raider's Road Forest Drive and Otter Pool Visitor Facility, joining Loch Ken opposite Parton.

In 2012, the compensation water flows in the river were increased and the lower Pullaugh Burn reconnected to the river. A study in 2016 identified that there were still a range of factors limiting the population of trout and salmon in the Black Water of Dee, including the habitat along the riverbanks and the lack of spawning substrate in the river.

The Black Water of Dee Habitat restoration project kicks off in 2021:

To get in touch, contact Rowan McCleary at Galloway Fisheries Trust: This email address is being protected from spambots. You need JavaScript enabled to view it.

The project started after a study showed the site has great potential for migratory fish, such as salmon and trout. However, Galloway Fisheries Trust (the founders of the project) found very few fish present while surveying the water.

Some of the issues noted include the creation of a hydroelectric dam further upstream, which is washing away gravel beds needed for spawning fish. Non-native conifer trees are also growing too close to the riverbank. This causes a few problems. The first is that conifers don't provide the same nutrients to the water as broadleaves do. The second issue is they can cast too much shade and cause bankside erosion.

These stressors are impacting the population of both these important species, and lead to this exciting partnership project formed along the Black Water of Dee.

Here we see before and after we added 140 tonnes of gravel to the river. The gravel is moved and sorted by the current, creating a range of habitats from spawning beds to places for juvenile fish to live.

How the habitat is being restored

There are many things we can do to restore freshwater fish populations in Scotland. Even small changes can really make a huge difference in creating better habitats for aquatic life, for example planting broadleaf trees provides dappled shade, nutrients and protects the riverbanks.

This project is focusing on three areas of restoration;

Why are salmon important

“Salmon are nationally one of our priority species for conservation.

The project has taken many years of hard planning by all the partners. As the land owner, being given the opportunity to collaborate in the Black Water of Dee project has helped us to better understand the local issues affecting salmon populations. This is key for the survival of the species.

In the long term not only will this project help the local salmon population but it has also created a stepping stone for future restoration projects of this scale on a national level.” 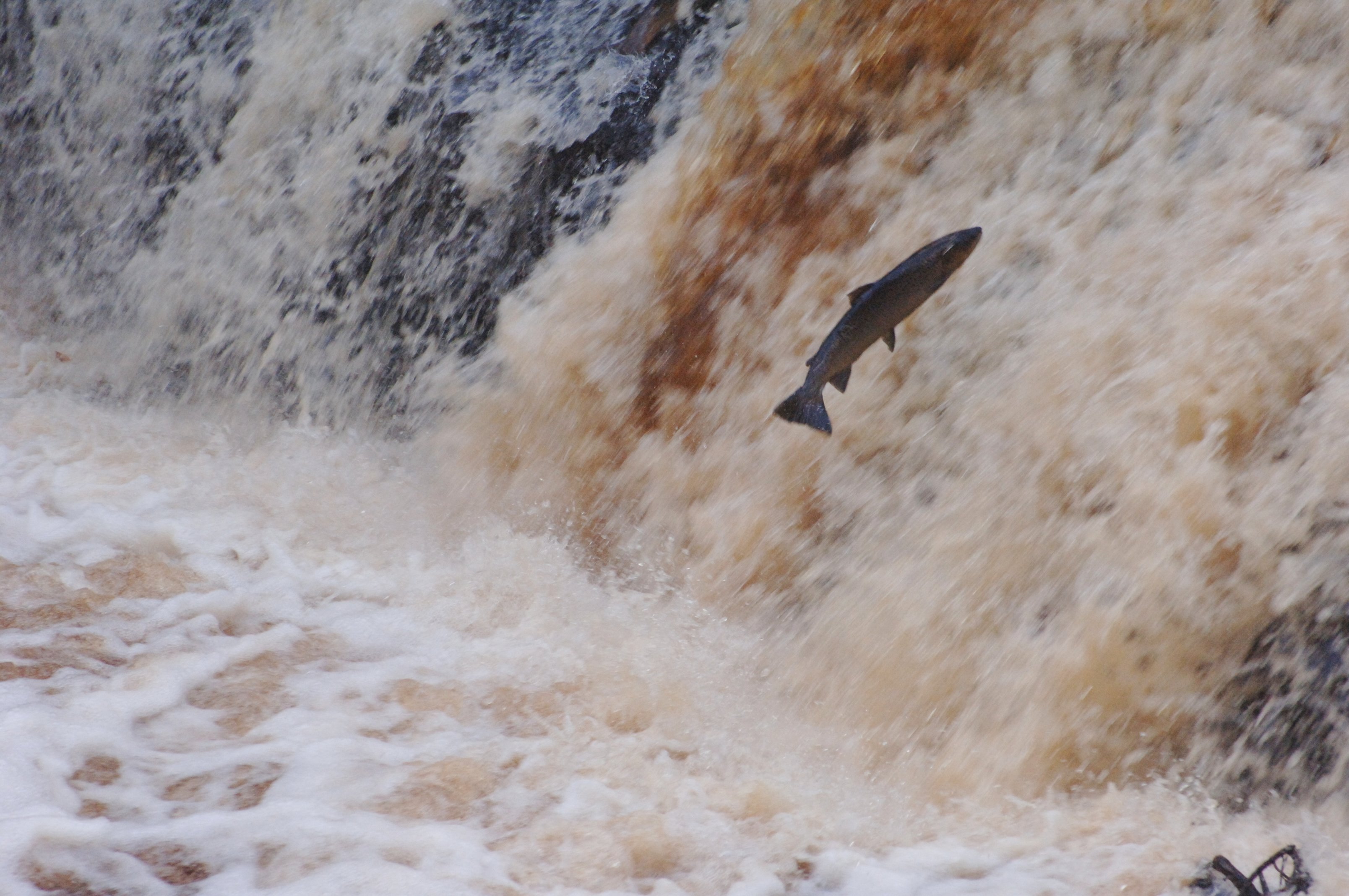 Having healthy populations of salmon is important to rivers and burns because they help move nutrients between the sea and the freshwater ecosystem where they spawn. Often these smaller bodies of water have lower levels of nutrients, so this can really benefit the overall biodiversity.

We’re now seeing higher water temperatures in Scotland, most likely due to climate change and a lack of broadleaf trees and scrub along the riverbanks. Research shows that it’s likely getting too warm for the salmon eggs and young salmon to survive in.  Planting native trees along the riverbanks provides shades the water, reducing the increasing water temperatures during summer and making the habitat better for the young salmon.

Learn more about salmon in Scotland

Where you can see the project in action

The Black Water of Dee is the largest tributary of the Kirkcudbrightshire Dee, whose lower end flows through the Galloway Forest Park along the Raiders Forest Drive.
Raider's Forest Drive