Ospreys are one of Scotland’s greatest wildlife revival stories. Considered extinct as a breeding bird in the British Isles in 1916, there are now about 250 pairs across the country. Around August and September is when they begin the long flight south to warmer climes for winter. For newly fledged ospreys, this is the start of a treacherous journey. 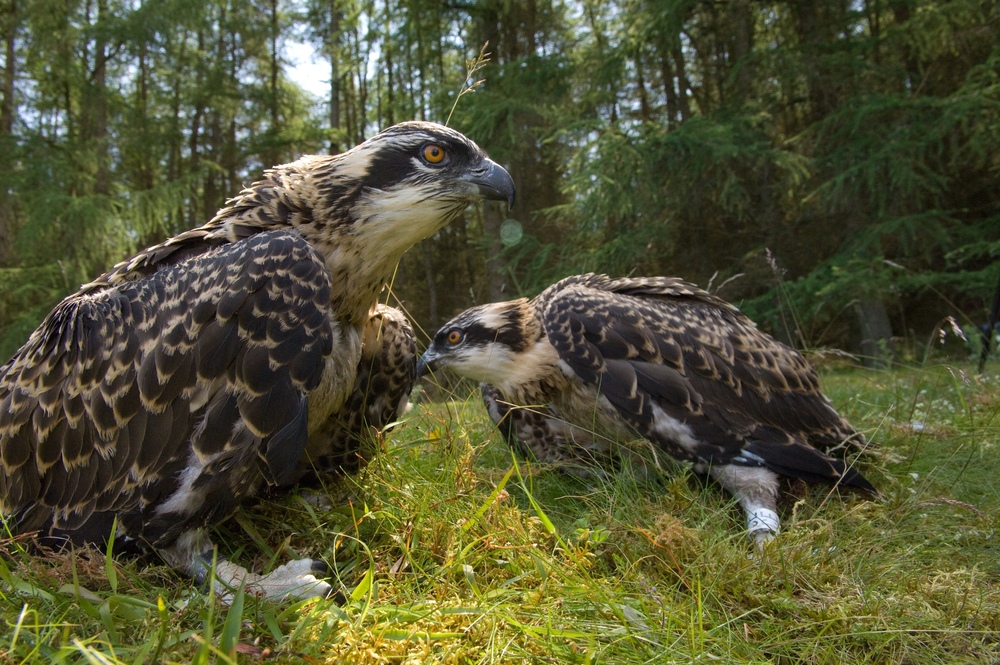 During the Scottish summer, ospreys breed and raise their chicks. After hatching, the males increase the amount of food brought back to the nest, averaging 5 fish per day during the nesting period. The female tears up the fish and feeds the chicks, even after they have fledged. During the first 10 days the female will stay with the chicks constantly, then gradually leave them alone for longer periods until they are around a months old. At this point the chicks will be well-feathered and the female will guard them from a nearby perch.

The health of the chicks is highly dependent on the amount of fish brought to the nest by the male. If there is abundant food, chicks are generally not aggressive to each other. But, if there isn’t enough to go round, older chicks will prevent younger siblings from feeding, which can lead to their deaths.

The chicks are almost fully grown and ready to fly at around 6 - 8 weeks. This is dependent on the size of the brood and availability of food. After fledging, young birds typically stay near the nest site for around a month, receiving fish from their parents. It is typically between 3 and 6 weeks later before they become independent. During this time the adult male brings back food while the female looks after the chicks.

The female may leave the nest area before the young, while the male continues to supply fish to the nest. While the female begins her migration, the male will wait until the youngest chick has departed before starting his own journey. As autumn begins, the chicks will be ready to begin their first migration to Africa. 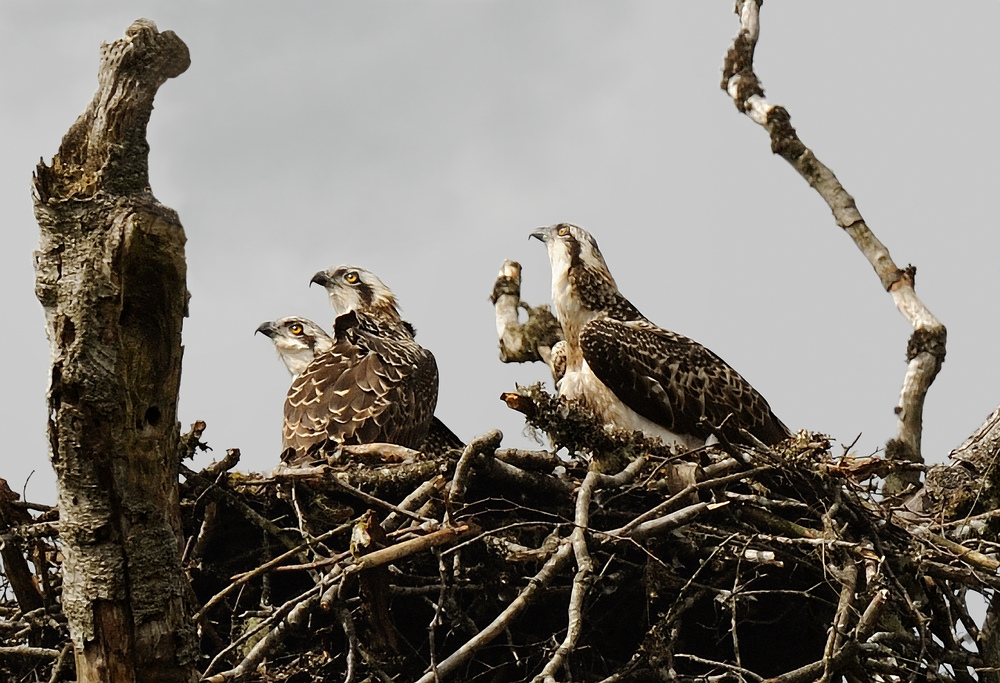 Flying to Africa is no easy feat. With up to 5,000km to travel (3,106 miles), it’s almost the same as flying from London to New York. At around 12 weeks old, with little experience and untested strength, the journey is perilous. Sadly, the odds are that less than half of young ospreys will survive to their second year of life.

It isn’t known exactly how ospreys navigate, and the fact that young birds just a few months old are able to get to Africa is a wonder. Their route typically starts heading south-west through the UK, France and Spain before crossing the Mediterranean to West Africa. However, on-bird trackers reveal routes vary dramatically. Some birds fly mostly over the Irish Sea and the Atlantic coast of France and Portugal. Others stick to a mostly land-based route. Trackers also reveal that young birds will travel to broadly the same area as their parents. This points to some kind of hereditary programming which helps navigation.

The eventual destination of most ospreys is among several West African countries including Senegal and Gambia. Young ospreys will stay here until they are about 3 years old before migrating back to the UK. When they are ready to breed is when they will make the journey back to Britain.

Despite being a pair for life, the adult birds do not migrate together. Nor do they spend the six months or so of winter together. They may be in the same area, but likely they will not see each other again until reunited at their nest in Scotland. Most adult ospreys return every year to breed. The most famous example is a female affectionately known as Lady. She returned to the same nest at the Loch of the Lowes in Perthshire for 24 years.

While we say goodbye to our ospreys just now, they’ll start to return from late March to begin all over again. 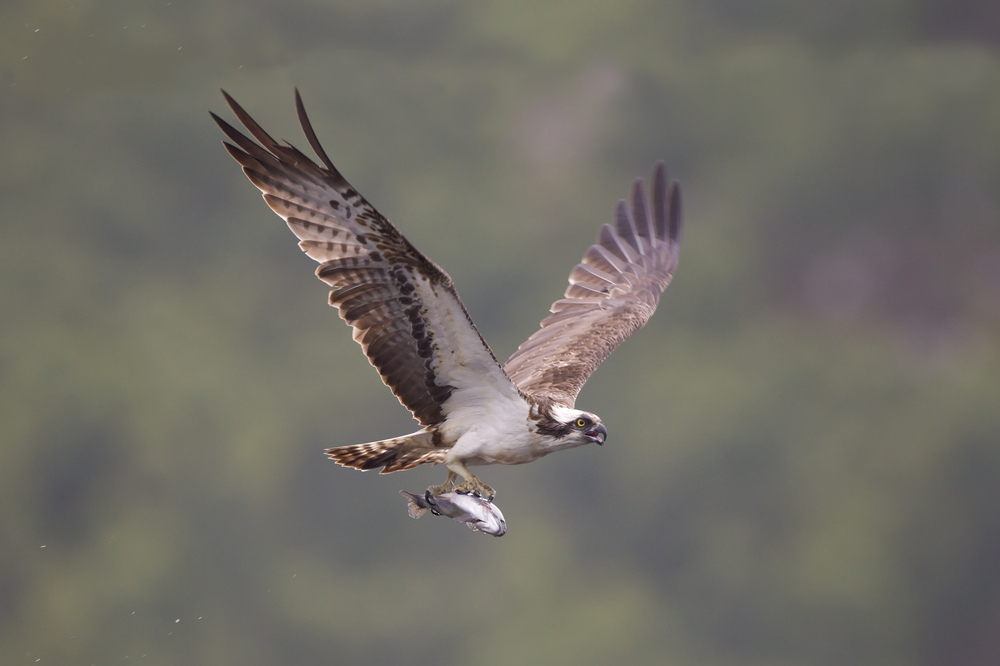 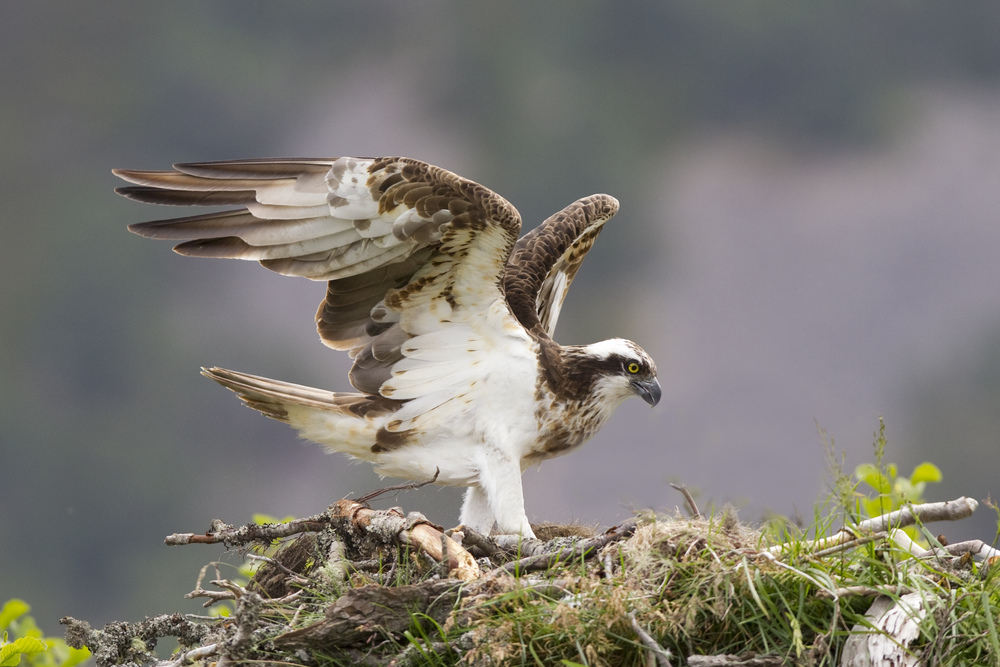