The three tracked juvenile ospreys continue to thrive and we are able to trace their activities from their data. Tweed (706) has stayed in Portugal and is favouring an area of Aveiro Lagoon and wetland which is a vast area of estuary, marshes, ponds and canals in the north west of the region. It looks like osprey paradise when viewed from satellite imagery. Despite many photographs taken of ospreys in Portugal on this migration, so far he has eluded all sightings. It is such a rich and diverse landscape that many ospreys have been enticed there. 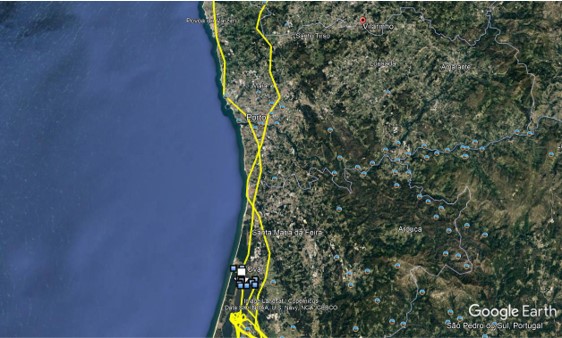 Tweed has travelled up and down the coast of Portugal but favours the Aveiro Lagoon area. Blue squares show his location on 6 September.

An exciting find from a Portuguese photographer, José Alves, who spotted an osprey with blue ring 694 on 3 September. He posted this picture on social media and this was spotted and forwarded to us from Kielder osprey project. This is an interesting bird because it is one of the juveniles from the first known English pairing of ospreys in Scotland. They nested in the Tweed Valley Project area this summer. The adult birds are blue 39 from Kielder and Blue 3AF from Rutland Water. It is good to know that he has safely made it and is doing well. 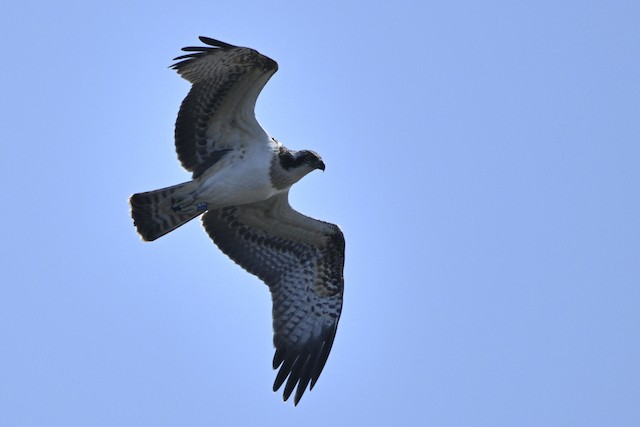 Kirk (707) has remained in Ireland since changing course and turning back during his ocean crossing last week. He arrived near Cork on the south coast but has since done a big tour of the south west area of Ireland. He settled in an area next to Coomacheo Wind Farm which was a bit worrying given his total lack of experience in the world. We worried that he could collide with the turbine blades which can be a hazard for raptor species. In Norway some studies have been underway to paint one of the blades black so that birds can judge the rotation better as it minimises motion smear, with one back blade and two white. So far this research has proven to have a 70 percent drop in fatalities but this preventative initiative has not been rolled out across all wind farm areas across the world as yet, and is still at the research stage.

Luckily for Kirk he negotiated the area well and spent much of his time fishing along the River Clydagh and roosting in nearby forestry. 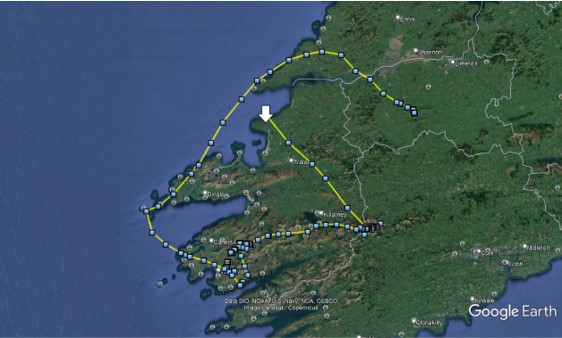 On 5 September after a half hour roost near to the river he suddenly shot off on a north westerly direction towards the coast. His tracker recorded a speed of 95kmph and an altitude of 240 metres when he set off, the speed dropped off to 60kmph and then back up to 84kmph near to the coast and there have been no further data points since he flew out across the sea. There will be an absence of masts to send signal but it is still the wrong direction if it is the start of any further migration. Hopefully he will find his way south at some point because although it is a lovely area with lots of fishing and good places to stop, it would not be suitable to overwinter. Fortunately he still has plenty of time. 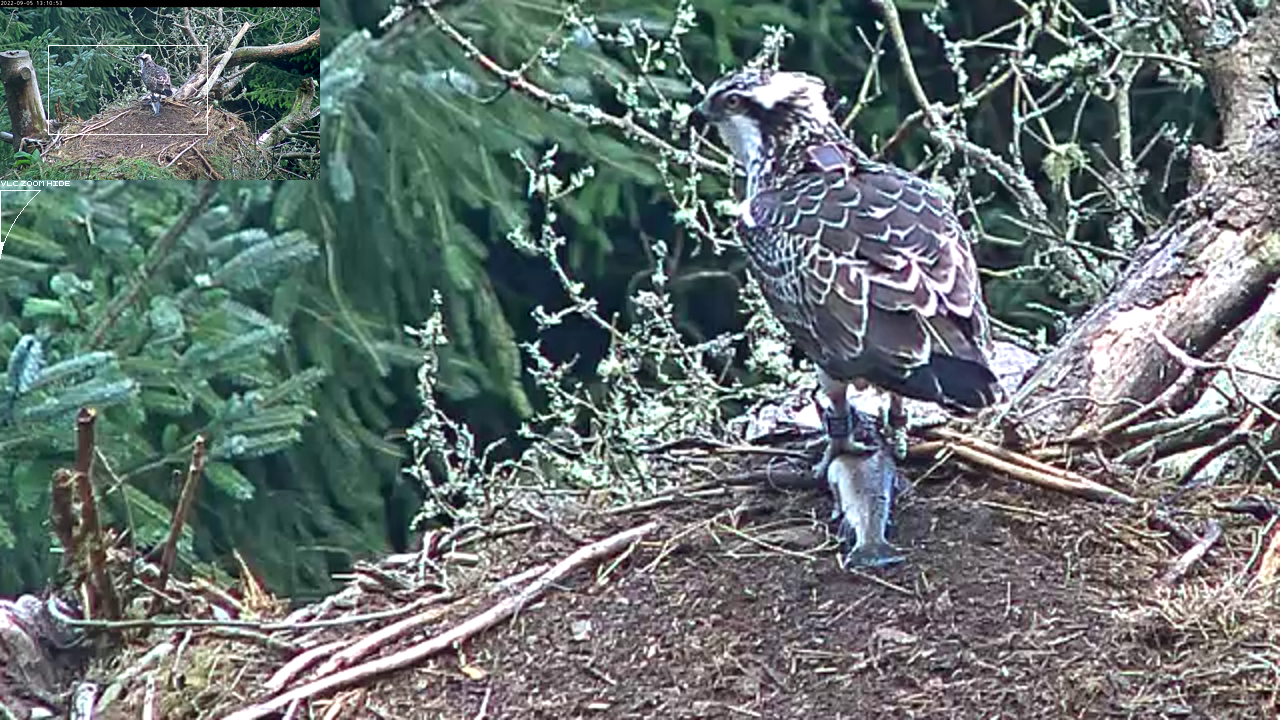 Glen (708) at the nest in Peebles with a fish that his dad gave to him on 5 September.

His brother Glen returned to the nest back in Peebles and he is still there. On 5 September he was recorded on camera being given a large fish by his dad PW3. No wonder he is not in any hurry to migrate. With his two brothers away, he gets all the fish and is being very well looked after.