This week we have received great news about a young Tweed Valley osprey that fledged from a new nest in the summer. He is the chick of the first known English osprey parents to breed in Scotland (and within the Tweed Valley project area) and has been photographed in Portugal since he migrated. 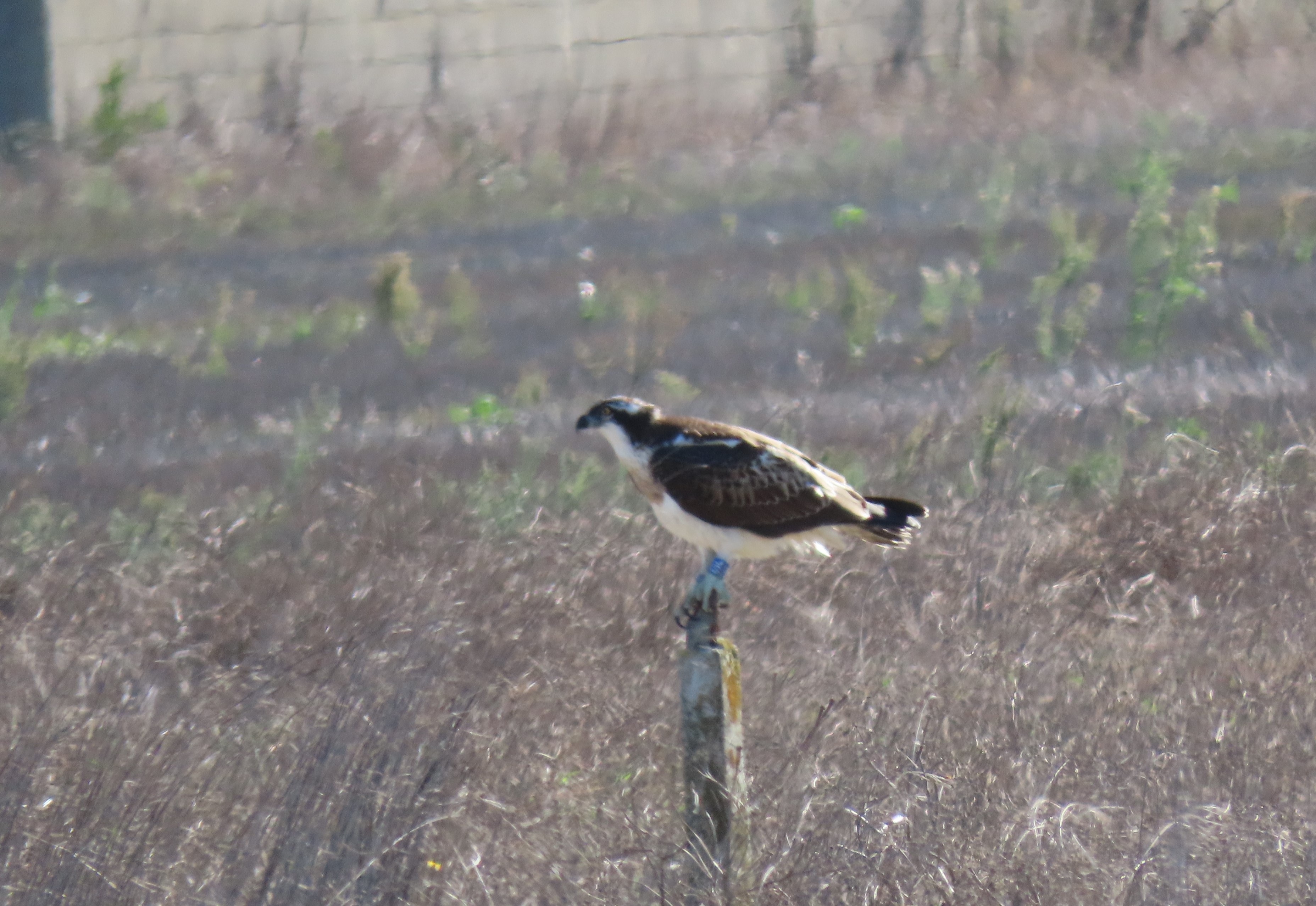 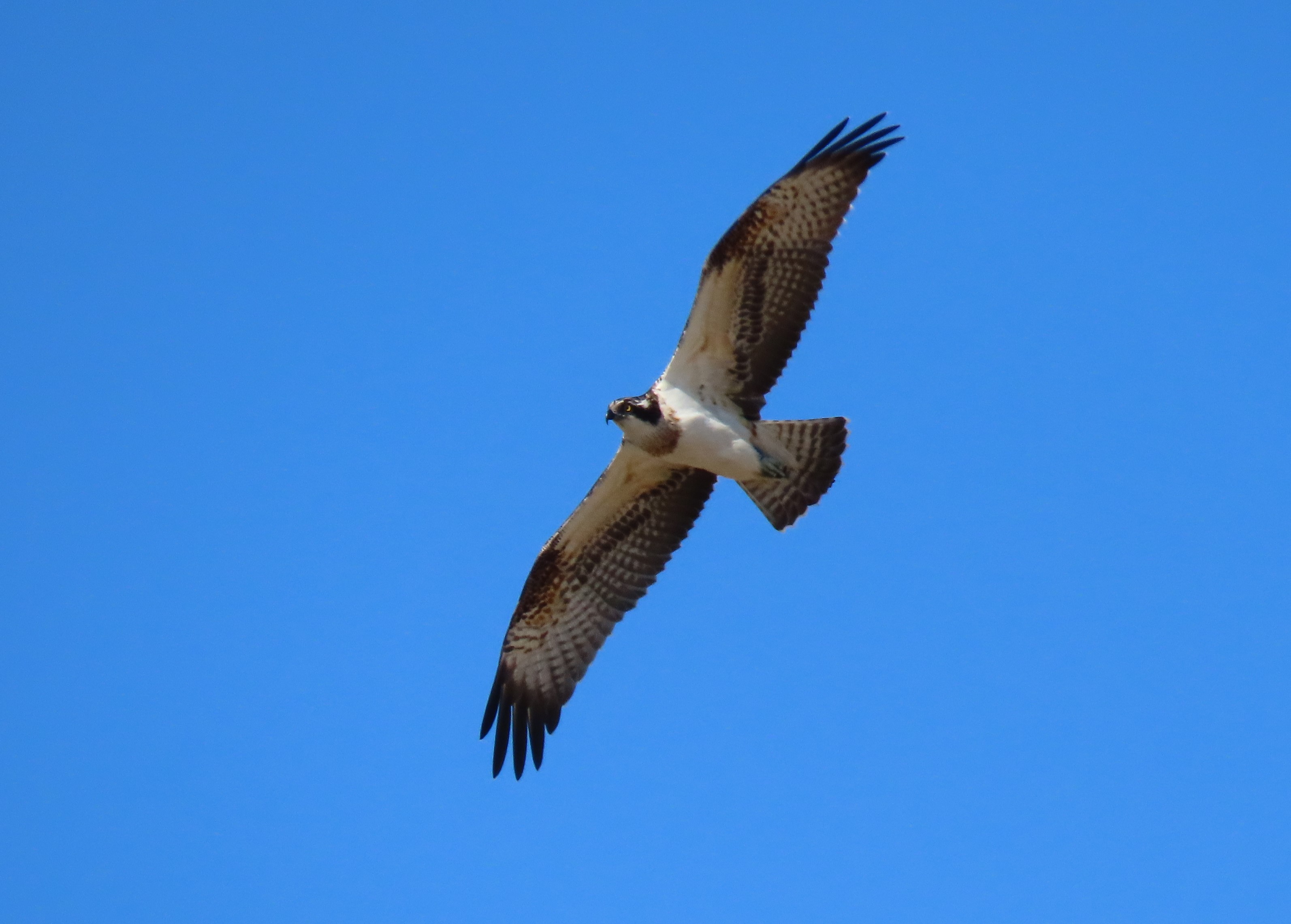 694 at the Aveiro Lagoon by Pedro Moreira

Blue 694 is from a nest of 3 youngsters. His father is from Kielder Ospreys and is ringed with darvic blue 39. He hatched in 2011 but had not been successful in raising a family until 2022 when he partnered with a female, Rutland Osprey 3AF. She is from a brood of two and fledged from Rutland in 2017. Their successful offspring 694 was photographed by Pedro Moreira on the western coast of Portugal at the Aveiro Lagoon on 25 September 2022. At first he was perched and then seen flying around, trying to fish in the nearby canal of the Ria de Aveiro. 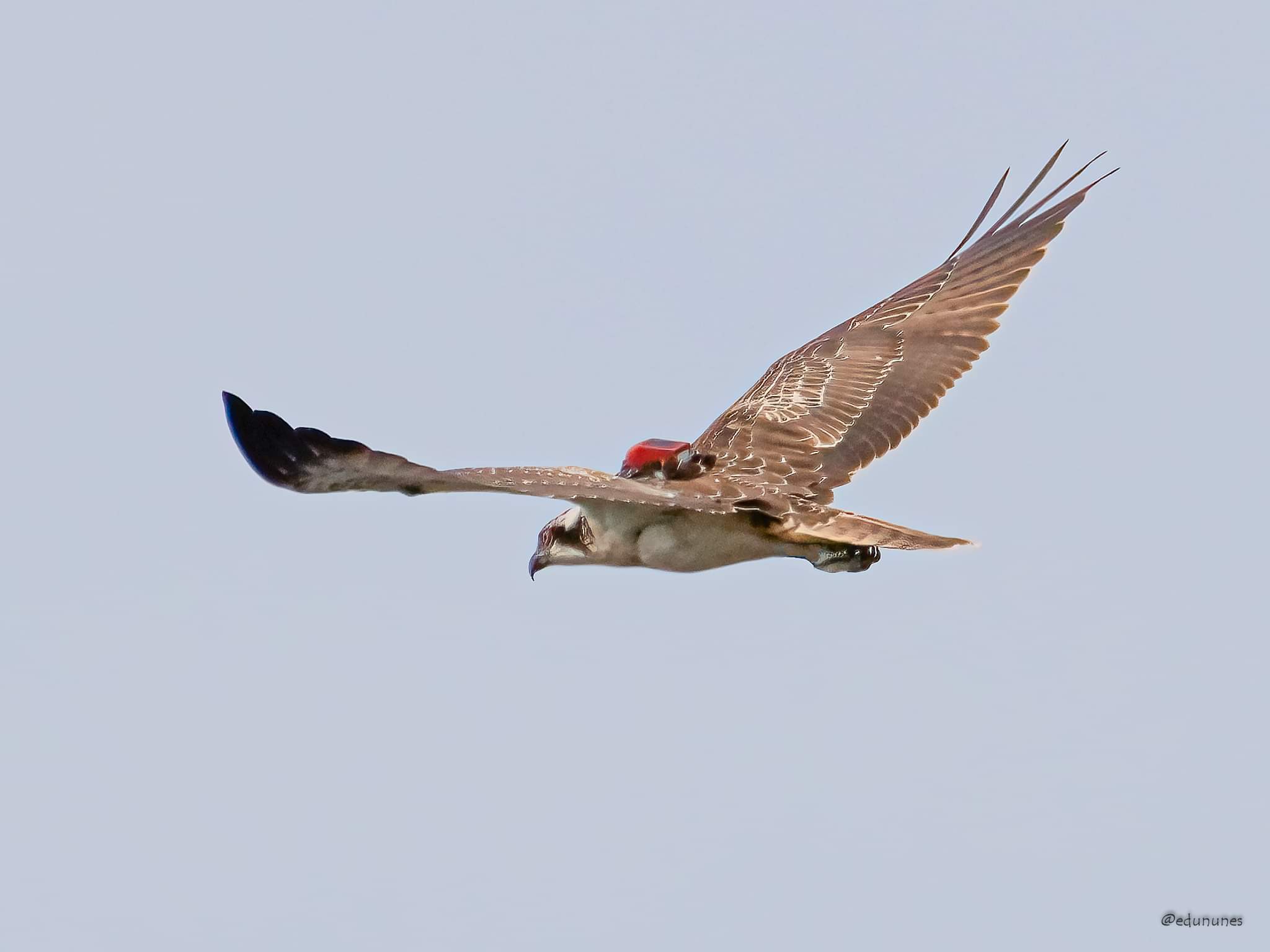 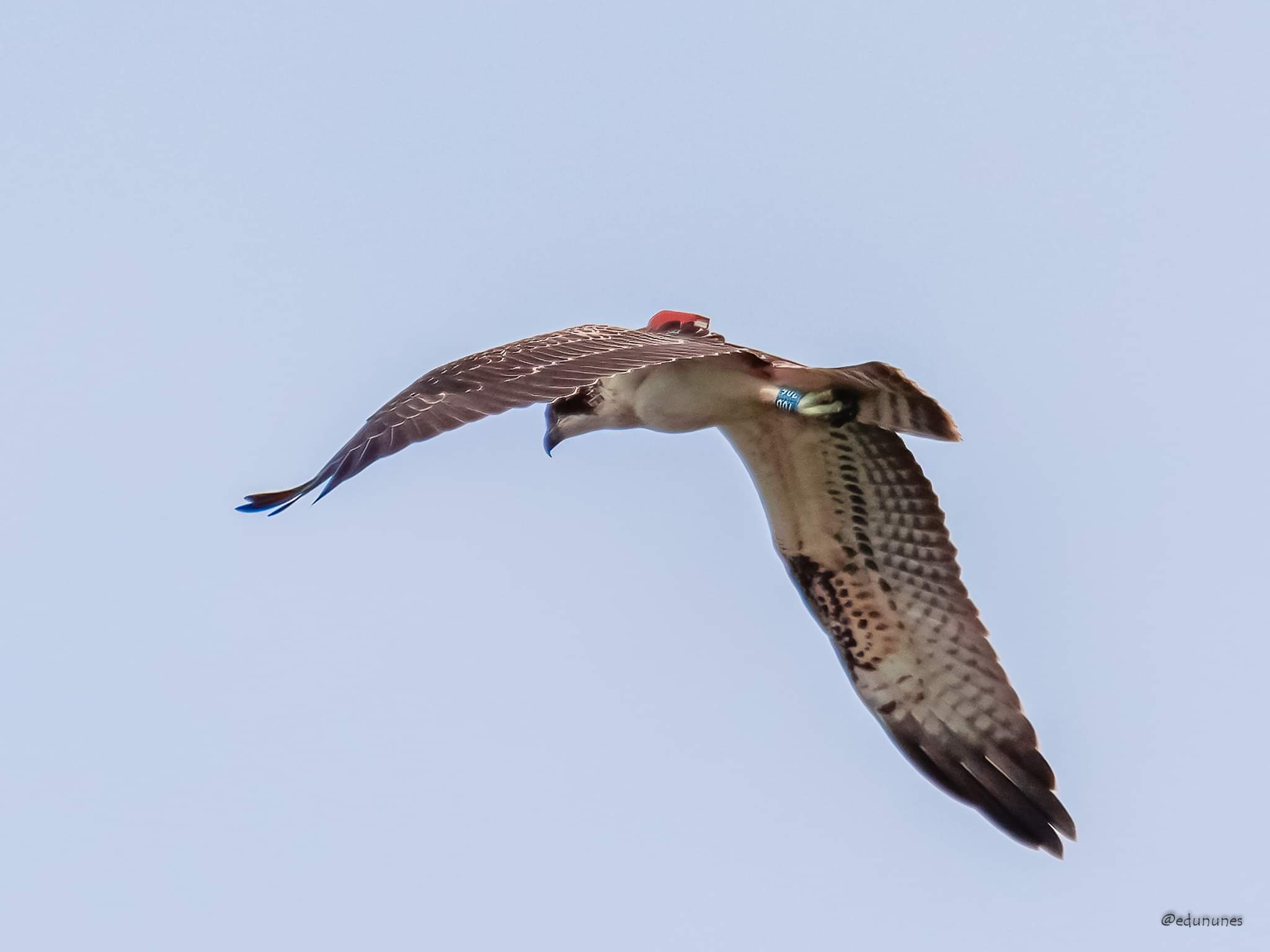 This area is where tracked osprey Tweed (blue 706) is also spending time since he migrated from the Tweed Valley on 25 August. He arrived on the west coast of Portugal on 29 August and after a few days moving around and exploring the area he finally settled at the Aveiro Lagoon area. Tweed has since been spending his days between the Reserva Natural das Dunas de São Jacinto and the Aveiro Lagoon. He too was photographed in the area by Eduardo Santos on 7 September. His photograph shows a great view of him in flight with his tracker clearly visible, nestled between his shoulders. Both photographers kindly shared their photographs and information with us. 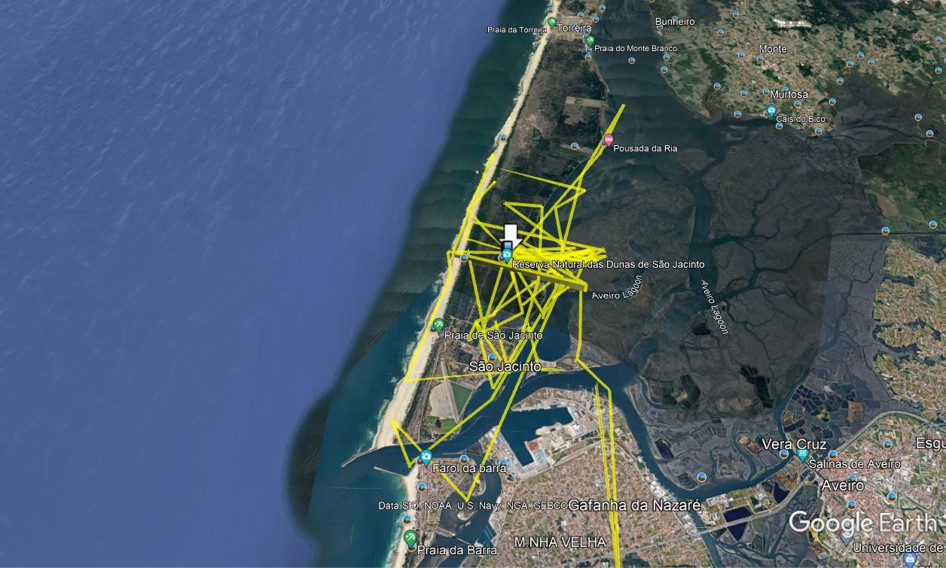 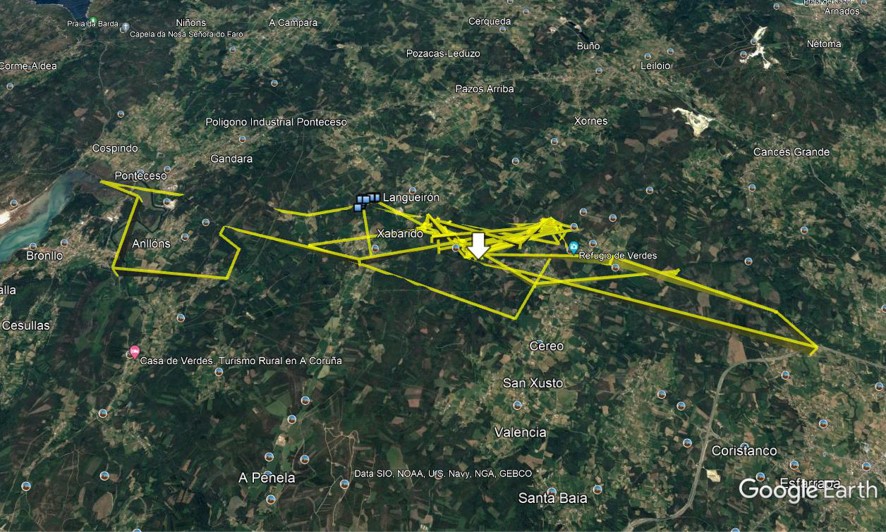 There have been many reports of ospreys in the area of Portugal along the western coastline this autumn. It is a suitable place for ospreys to over winter instead of continuing further south to western Africa. We will continue to follow the tracked ospreys to see if they remain in these areas or continue to travel further south. Tweed's brother Glen (708), who famously hitched a ride on two ships in the Bay of Biscay, has remained in the north western tip of Spain along the Rio Anllóns.

His tracker has relayed data showing that he regularly patrols a short two-mile section along the river while occasionally making wider trips but not really straying too far. The river has many woodland-lined tributaries threading through the Spanish countryside and seems a fairly idyllic area for the young Glen to be spending his time.

Sadly, there has been no further data received from the tracker of the third brother, Kirk, who was lost after leaving the west coast of Ireland on 5 September. It seems unlikely that he has survived and we are not likely to receive data from his tracker after all this time. 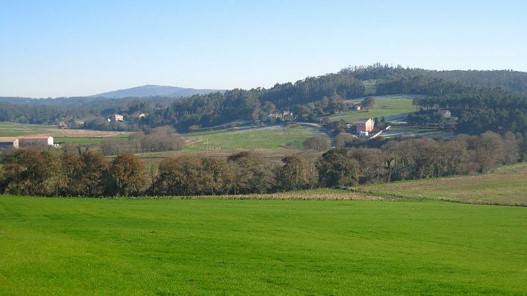