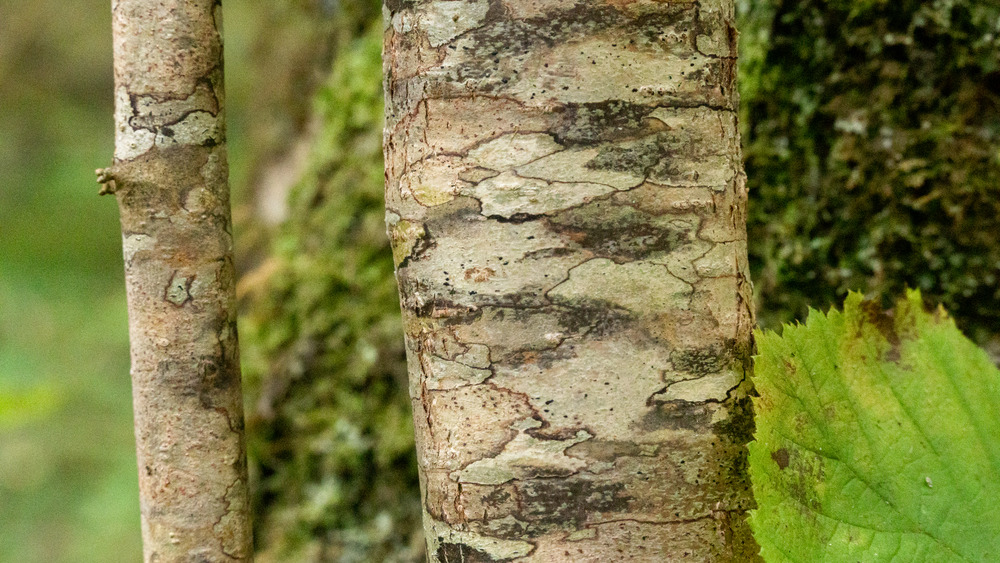 Hazel coppicing was a traditional practice in lowland Britain and is often now carried out to support biodiversity that needs temporary open space in woodlands. However, this form of management can be disastrous for the biodiversity that inhabits Scotland’s rainforests.

Hazel is a native broadleaf tree that typically grows as multiple stems from a single stump or ‘stool’. These long straight poles were historically used for barrel hoops, wattle and daub walls and fence hurdles. Coppicing is the process of periodically cutting back young stems to the base of the stool to utilise the cut material and encourage regrowth.

However, coppicing is not required for a hazel to thrive – it is quite capable of producing many young shoots without any management!

In the western highlands of Scotland, hazel coppicing is detrimental to the precious biodiversity of our rainforest habitats – particularly if all the stems from a stool are removed and if large patches are coppiced. 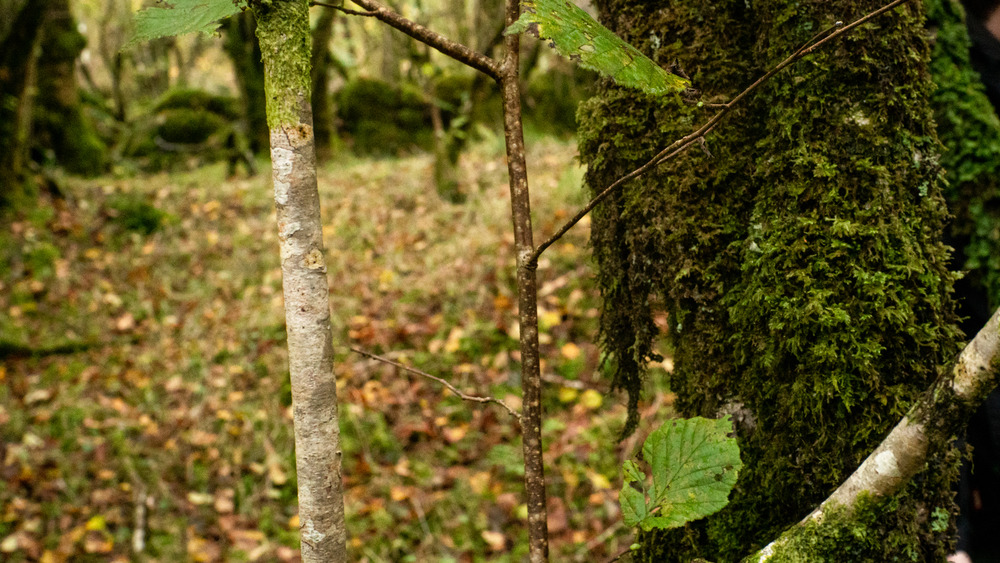 A photo of a young hazel steam (centre) that has not yet acquired any lichens next to a more typical silver one with lichens growing on and in it (left). Note the deep layers of moss growing on the older stems to the far right.

Hazel provides an important home for lichens, mosses and liverworts. In other parts of Britain hazel bark is often a light brown colour, however in the rainforests of Scotland the bark of young stems is typically a gorgeous silver colour caused by a lichen growing within the bark – which indicates the beginning of colonisation by a succession of different rainforest species.

Stems of all sizes are needed on each stool so this succession can occur and progress to stems covered in moss and large leafy lichens.

Scotland is home to 1,500 species of lichen, which is around 87% of all lichen species found in Britain. Scotland’s rainforests are some of the most important woodlands for lichens, mosses and liverworts in Europe.

In the west Highlands, coppicing can have a big negative impact. There are ways to limit this impact, by working in more recent woodland with lower biodiversity and by only selecting individual stems rather than cutting the whole stool.

Hazel and the rainforest

Hazel is one of the key native species that make up our temperate rainforest.

Protecting hazel from deer browsing and encouraging its regeneration is a part of our Ancient Woodland restoration work which is a key focus in our new rainforest program.