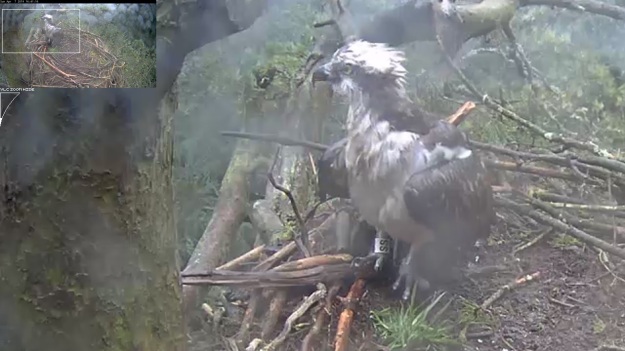 SS in the mist, back at the main nest…

The Tweed Valley Osprey Project has had a very happy start to the 2019 season. Both the distinctive white leg of SS and his partner Mrs O have been spotted, and they have safely returned from their migration to their nest site.

Both arrived on Saturday 6 April, and by Sunday, they had begun mating. They seem to be ready for a season together again. SS has been seen digging out a scrape in the centre of the nest, which makes a cup shape for eggs, but they have not added much in the way of new nesting material yet.

SS has brought a few sticks back for the nest and some clumps of moss, which he places carefully onto the nest. Mrs O, ever the interior decorator, rearranges the adornments and takes charge of the exact positioning. Home furnishings it would seem are firmly Mrs O’s domain! He provides and she decides. 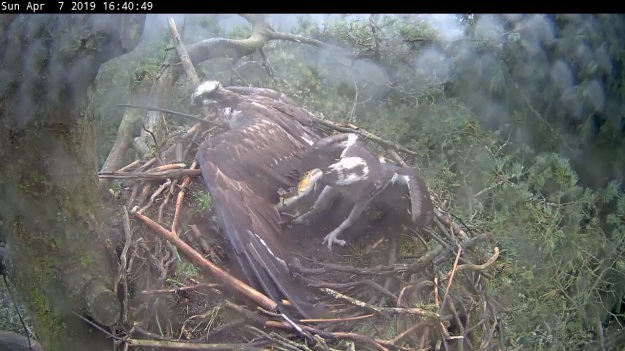 Same goes for feeding time. SS arrived at the nest with a beauty of a big brown trout on Sunday, and Mrs O needed no encouragement, she pounced upon the prize, took it from him and flew up to the branch with the fresh trout still flapping in her talons. We hope we can expect eggs at their nest very soon. 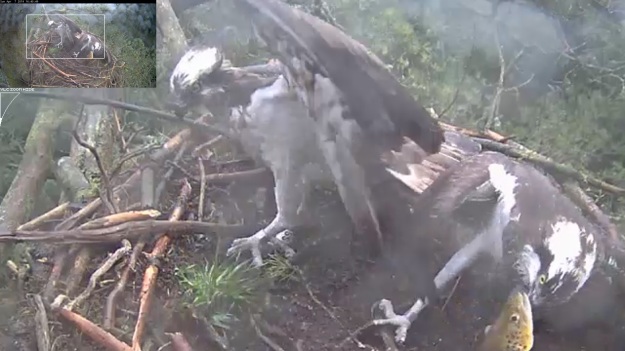 SS will be 20 years old this year and we are hoping to have a birthday celebration at the osprey centre at Kailzie Gardens, with volunteers and visitors, on 8 June. We would like any past volunteers or supporters of Tweed Valley Osprey Project to get in touch and come along too. More details will follow in future news reports and blogs.

Ospreys have not yet returned to other sites in Tweed Valley, or to the back-up nest, but we are hopeful that they will all return soon. 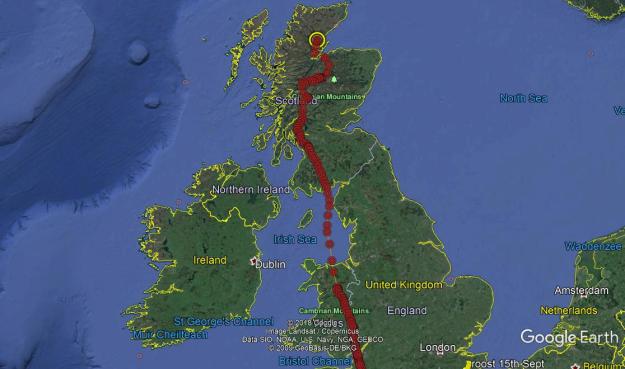 One of the Tweed Valley birds, FK8, which has been satellite tracked for the past 5 years has returned to breed again in the Dornoch area. She left her wintering grounds in Portugal on 1 April, then spent a couple of days held up in France as the weather turned adverse before she crossed the channel to Britain and flew up the west of the country. She did not pass through Peeblesshire this time on her migration, but headed straight for Dornoch where her nest site is located. She arrived safely on 7 April at 15:57. 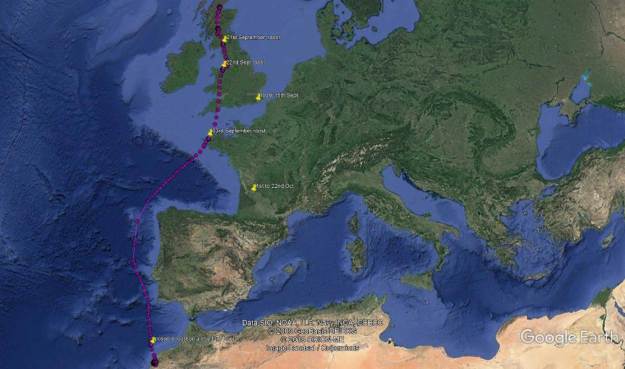 FK8’s daughter, from last year’s successful breeding in Dornoch, was named Doros. She migrated almost one month later than her mother in the autumn of 2018. She completed an incredible journey of 3255km with only 4 overnight roosts in 6 days, with a continuous journey from UK shores out over the Atlantic Ocean to Morocco. She settled near to the town of Takabout and discovered a shallow reservoir Sidi Abderrahmane which she made her home residence until she was last tracked on 31 October. It could be that her tracker has ceased to work and she is still there and doing well, but we don’t have any further data. 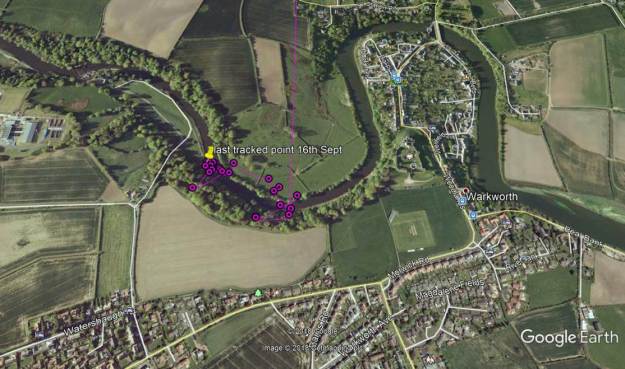 Last year’s main nest young, named as Tweedledum and Tweedledee, didn’t fare as well. Tweedledee was picked up at Wooler. She was emaciated and subsequently died on the way to the vets. Her brother, after a brief spell at Fishcross SSPCA, was released and followed his sisters path to the Northumbrian coast but was never tracked beyond the River Coquet at Warkworth on 16 September 2018. 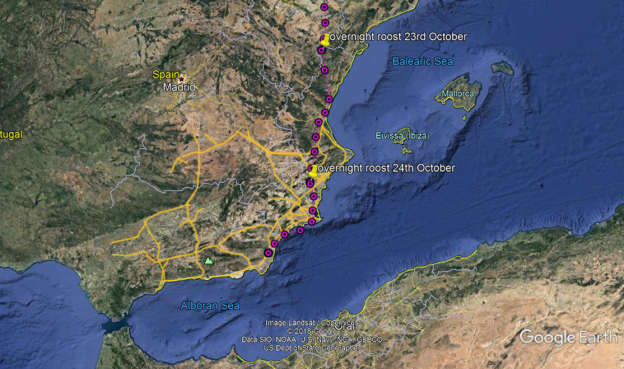 LK8, another of the tracked juveniles from last year in upper Tweed Valley, sadly never made it either. He was tracked as far as the south coast of Spain to a mountainous region above the Alboran Sea. The data indicates that he most likely died there, as the data points didn’t continue and returned a static location.