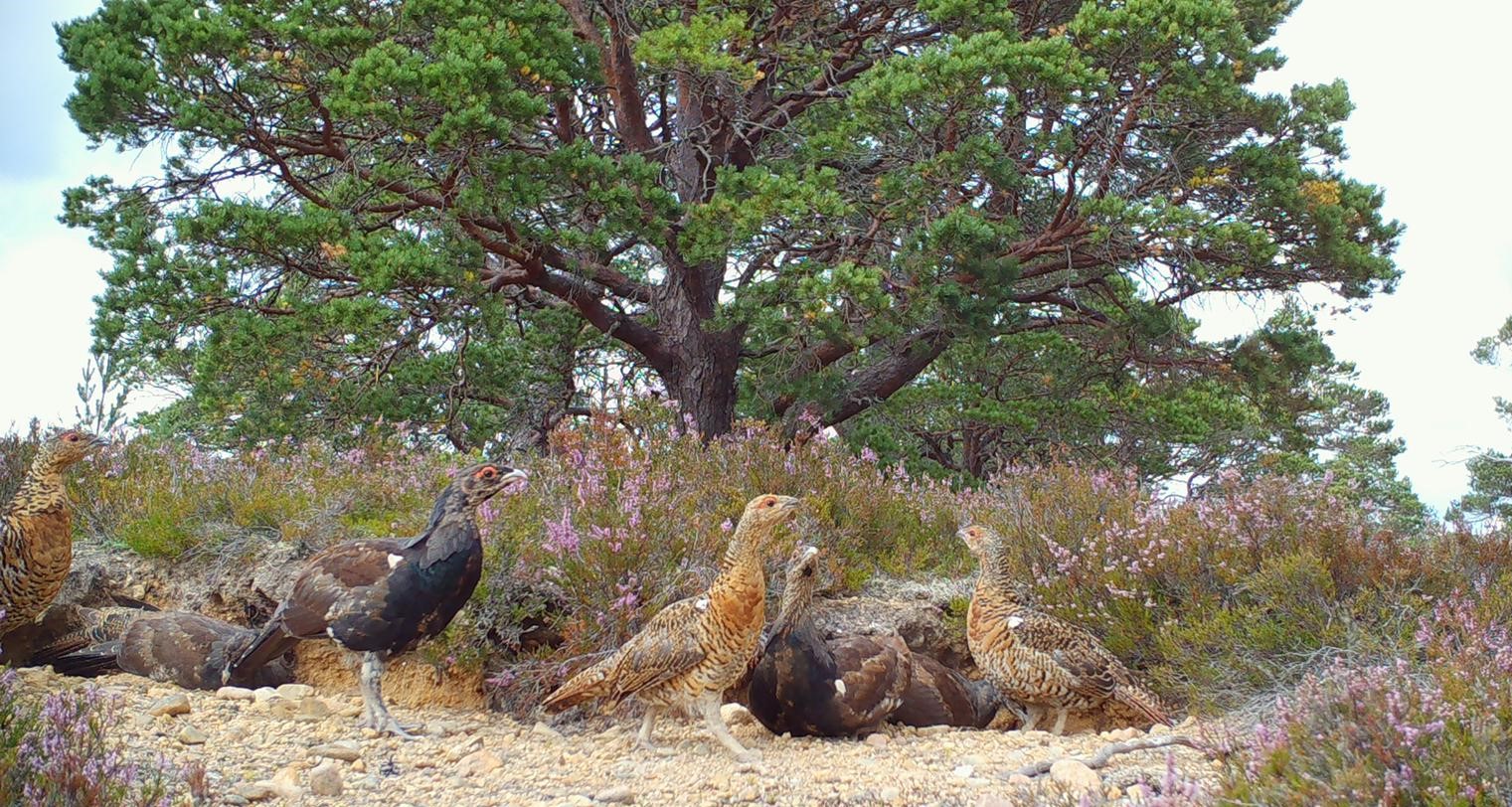 Almost a hundred cameras were set up across the 60,000 hectares of land that makes up the Cairngorms Connect project area. The equipment captured over 3,000 images and videos of capercaillie, from April to October of 2022, giving us a more accurate assessment of their distribution and breeding success in the Highlands.

Cairngorms Connect is a partnership working to enhance habitats, species and ecological processes within the UK’s largest national park.

The goal of the cameras is to help our ecologists determine whether efforts to improve capercaillie-breeding numbers have been successful, without disturbing the birds.

The images are now being processed and will help the team assess how many chicks hatched and survived during last year’s breeding season, which ran from March to September.

The work is being done by Jack Bamber, a PhD student at the University of Aberdeen who’s been funded by ourselves, Wildland Limited and the Natural Environment Research Council (NERC) doctoral training programme.

Traditionally, people used to monitor capercaillie broods by flushing them out with highly-trained pointer dogs.

Now, with inexpensive camera technology, we can keep an eye on them without disturbing or distressing them,’ says Bamber.

Bamber explains that capercaillie love to bathe in dust. Their dust baths tend to be in areas of exposed earth, like upturned root plates of trees that have fallen over. They use the dust to get rid of lice and other pathogens, it also helps remove excess oil from their feathers.

Therefore, Bamber placed 90 cameras around areas identified as dust baths. Out of the 300,000 images taken by the cameras, just 1% were of the nearly extinct capercaillie.

Their numbers have plummeted due to a combination of circumstances such as changes to springtime temperatures and frequently wet summers, which reduces breeding and chick survival. Capercaillie also fly into deer fencing and are sensitive to disturbance, which means they tend to avoid even good habitat if it’s within 100m of tracks or paths.

We work with other land managers and organisations to put special management procedures in place to try to protect them, like removing deer fencing in forests with capercaillie, or making fences much more visible.

Predators such as foxes and pine martens can also reduce capercaillie breeding success. As part of the Cairngorms Connect Predator Project, food for the capercaillies' predators is tactically placed to distract and satisfy the predators, in order to keep capercaillie nests and chicks safe. These feeding stations are left for a short period of time when capercaillies are incubating eggs and rearing small chicks, this reduces the likelihood of increasing the number of predators.

Our wildlife ecologist and Cairngorms Connect Predator Project lead, Kenny Kortland says “we’ve been leaving deer remains out on the forest floor for predators like pine marten and foxes. The idea is that, if predators have easily accessible, very tasty food, they’ll spend less time looking for nests or chicks.”

The deer we used is from this year’s deer cull, which happens across the Cairngorms Connect Partnership area.

Kortland explained that diverse ranges of bird and animal predators are being restored in the park and it’s unlikely that culling one species of predator, such as foxes, will benefit capercaillie, given the range of predator species present.

“Therefore, we are trying to distract all the predators with free and easy-to-access food. This approach has worked in a long-term study in Norway, so we are hoping to replicate this success in Scotland. This is a modern approach to capercaillie management from ourselves, Wildland Limited and RSPB Scotland,” continued Kortland.

Kortland said that since the food is only out for a limited time that it is unlikely to have a large effect on the breeding success of the predators. 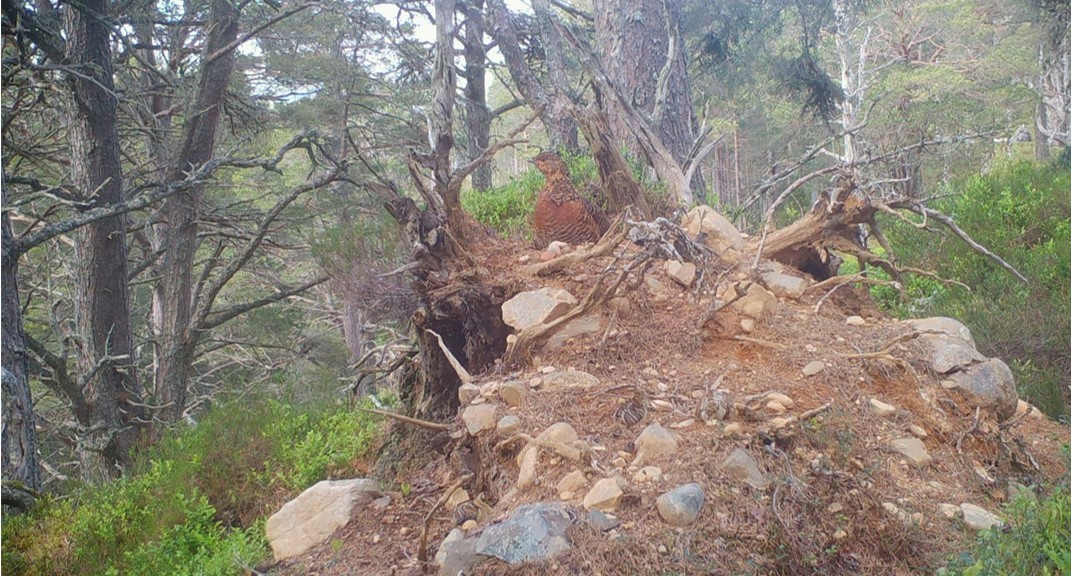 Chris Donald, Cairngorms Connect Board member and NatureScot head of operations said “Cairngorms Connect has a long-term, ambitious plan to double the forest in size, which will support a huge range of species, as well as locking up carbon and providing benefits for local communities and visitors.

“In the short-term, efficient unintrusive monitoring can help us better understand species at risk, such as capercaillie, and therefore better understand the measures required to save this species from the edge of extinction.”