With the temperature dropping and snow upon the mountains, it’s time to dig out your winter coat. Many animals are no different. With the need to stay warm during the winter months, or wishing to stay hidden in a changing landscape, being able to alter your colouring is a useful trick adopted by several Scottish animals. Here we have a look at some classic examples.

The mountain hare is Scotland’s only true arctic animal, living only above 300-400m. In summer, they sport a grey-brown colouring that blends with scrubland, rocks and heather, while in winter they put on a dazzlingly coat of white. This allows them to stay camouflaged in the snow and avoid predators, especially birds of prey.

Whilst they can be found across the higher areas of Scotland, mountain hares thrive in heather moorland and often live in areas managed for grouse. When in need of shelter from the winter cold they seek out patches of woodland and even coniferous plantations, keeping hidden from aerial eyes and taking shelter from the elements. 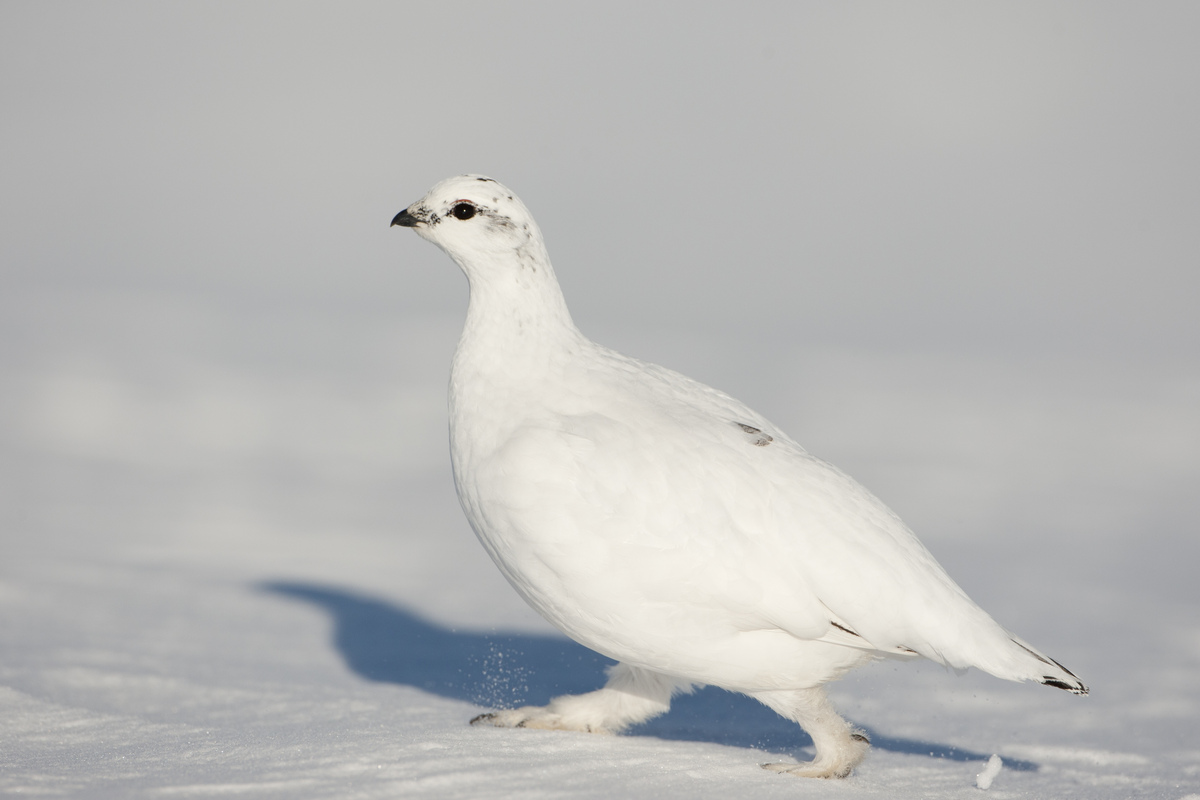 If you’ve ever been walking in the Highlands, particularly in the Cairngorms, there’s a good chance you’ve come across ptarmigan. These little birds are full of character and stick to isolated areas high up in the hills to live and rear their young.

In summer, they wear a mix of brown and grey feathers with a white breast, but by winter you’ll see them change to a bright white plumage all over which helps blend in with the snow. These game birds are fairly plump with a long neck and distinctive walk. You’ll often find them standing together, or see them flying low over heather and rocks. 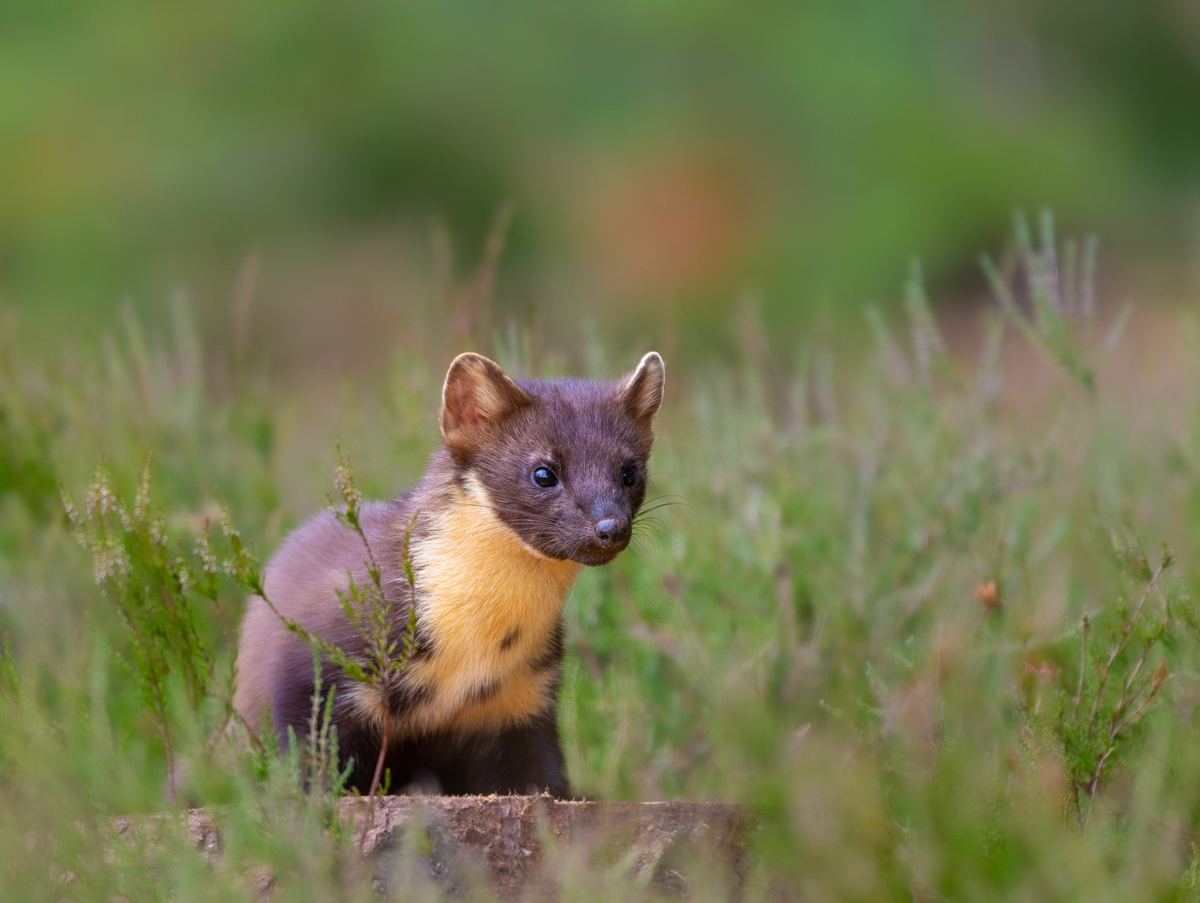 Once numerous throughout the UK, pine martens were once widely hunted to their current low numbers and are now predominantly found north of the central belt in Scotland, preferring native and old-growth forests. This interesting animal sports a distinctive yellow ‘bib’ on its chest all year round alongside brown fur which grows thicker in winter, as well as becoming lighter in colour. This change helps them stay warm and blend in more with the changing forest as trees lose their leaves, letting in more light and snow. They are often called cat-like due to their skill in climbing trees and general agility, plus the mee-ow type call they make during mating season.

Whilst heavily persecuted in the past, numbers of these wonderful animals are stabilising, and some interesting research shows they could be highly beneficial to ecosystems throughout the UK. New findings show they may prey on grey squirrels, which are slower and spend more time on the forest floor than red squirrels, helping keep the grey population in check.

Stoats are smaller than their cousin, the pine marten, but are quite similar in other regards. Agile, elusive and great climbers, they are not afraid to take on larger animals with rabbits as their main prey. They typically sport a light brown coat, white belly and a black-tipped tail for most of the year. In winter, this can change but often depends where the stoat resides. 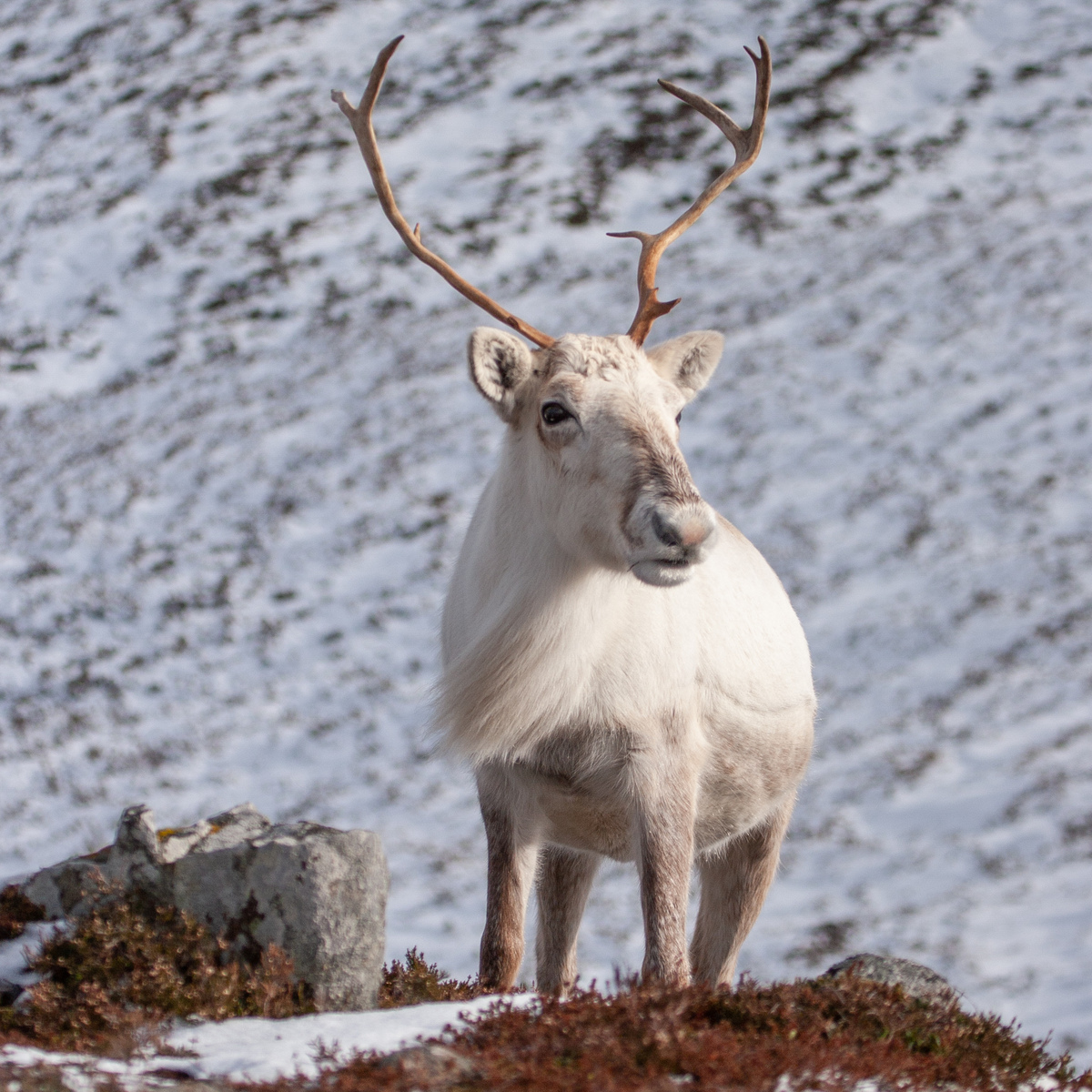 Reindeer are rare and localised in Scotland, there being a single semi-managed herd living in the Cairngorms that was introduced in the 1950s. Compared to red and roe deer, reindeer (or caribou) are quite distinct with long flat backs and moose-like faces. Both sexes, and reindeer of any age, grow a new set of antlers every year.

Towards winter, reindeer change their coats producing a light-coloured but heavy-weight coat to survive the cold and wind. Living in the Cairngorms, the only sub-arctic region of the UK, this is essential for surviving the harsh winds and cold temperatures. However, being semi-managed, they have it easier than their Scandinavian cousins with handlers providing food and shelter when required.