"Without biodiversity, there is no future for humanity," wrote Professor David Macdonald of Oxford University in The Guardian last year, and he did not exaggerate.

New projects focused on the protection and conservation of habitats rich in biodiversity are being set up worldwide. So what exactly does the term mean, and what can we all do to help? We asked Forestry and Land Scotland’s Wildlife Ecologist, Kenny Kortland.

Biodiversity is the term used to describe the breath-taking variety of life on Earth, from the smallest single-celled organism to the largest mammal. It includes everything that lives, breathes, eats and reproduces - that means trees, plants, and even bacteria. 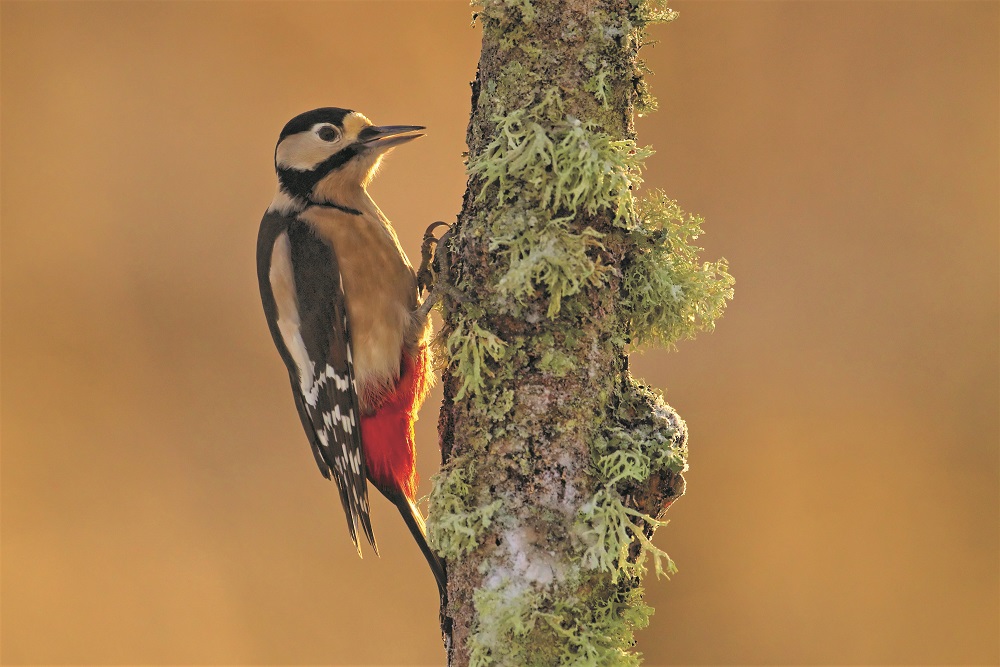 "As an ecologist, I am often asked why biodiversity is important," says Kenny. "This always surprises me because it is absolutely crucial for humankind. Biodiversity supports the healthy ecosystems that we rely on for food, water and pleasure, and it is essential for mitigating the impacts of climate change on humans."

"For example, biodiverse forests and wetland ecosystems provide crucial buffers to extreme storms and flooding related to climate change. Degraded and simplified habitats, with many missing species, are far less effective at providing such protection."

There is another benefit, too. “Biodiversity is also good for the economies of the world. Millions of people depend on nature and various species for their day-to-day livelihoods. This is particularly true for struggling communities in developing countries, who often turn to high-biodiversity ecosystems as their source of food, fuel, medicines and other products made from natural materials for their own use, and as sources of income. It is estimated that at least 40 percent of the world’s economy and 80 percent of the needs of the poor are derived from biological resources. Biodiversity is also an integral part of culture and identity.”

How many species are there?

Biodiversity research is still in its infancy compared to other branches of science. At the latest count, research has recorded just 1.7 million species on Earth, but estimates of how many there may be vary from about 10 million to as many as 100 million. Many of these would not be recognisable ‘species’ to many people, as this figure includes bacteria, viruses, and other hard-to-detect lifeforms. 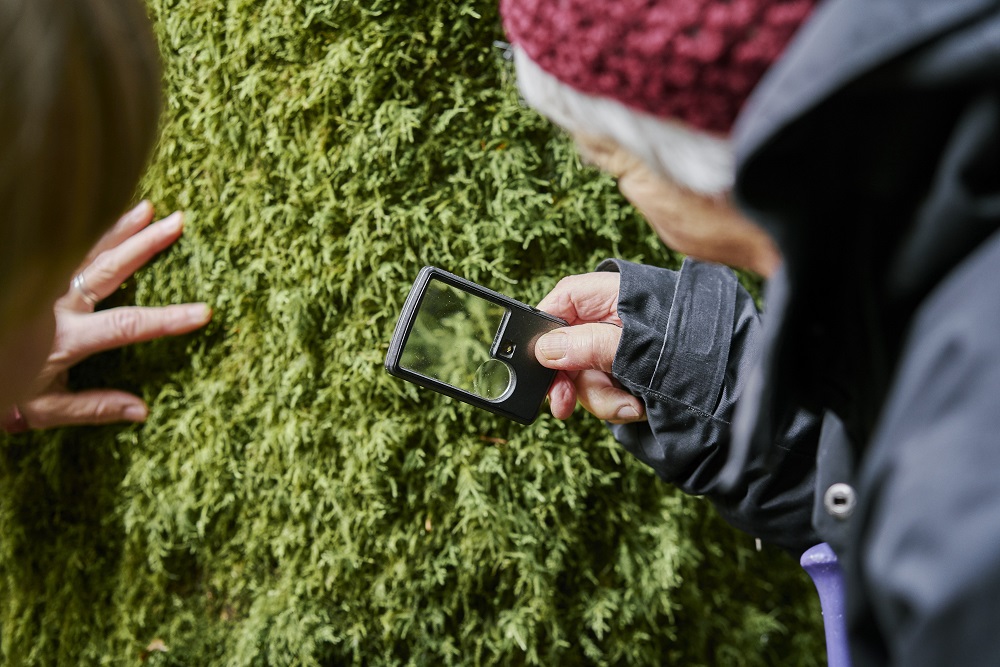 Simplifying ecosystems is bad for humans!

A biodiverse ecosystem comprises every living thing in an environment and their interactions, which are often very complex. When humans simplify ecosystems by destroying habitats and species, it usually has negative implications for us. For example, the widespread removal of ‘apex’ predators causes a downwards ‘cascade’ that often results in a loss of species and benefits to people. This happened in Scotland, over hundreds of years. All the top predators (like wolves) were eradicated and, consequently, the number of grazing animals increased greatly. The result is the largely barren landscapes of Scotland, which support few species and provide only a fraction of the possible benefits for society.

The most biodiverse environments are in warmer climates, but biodiversity is found everywhere, from the coldest, most windblown mountain peaks to inhospitable thermal vents at the bottom of our deepest oceans. A single spoonful of soil can contain 10,000 to 50,000 bacteria - and often, without these bacteria, the soil is useless for growing food. 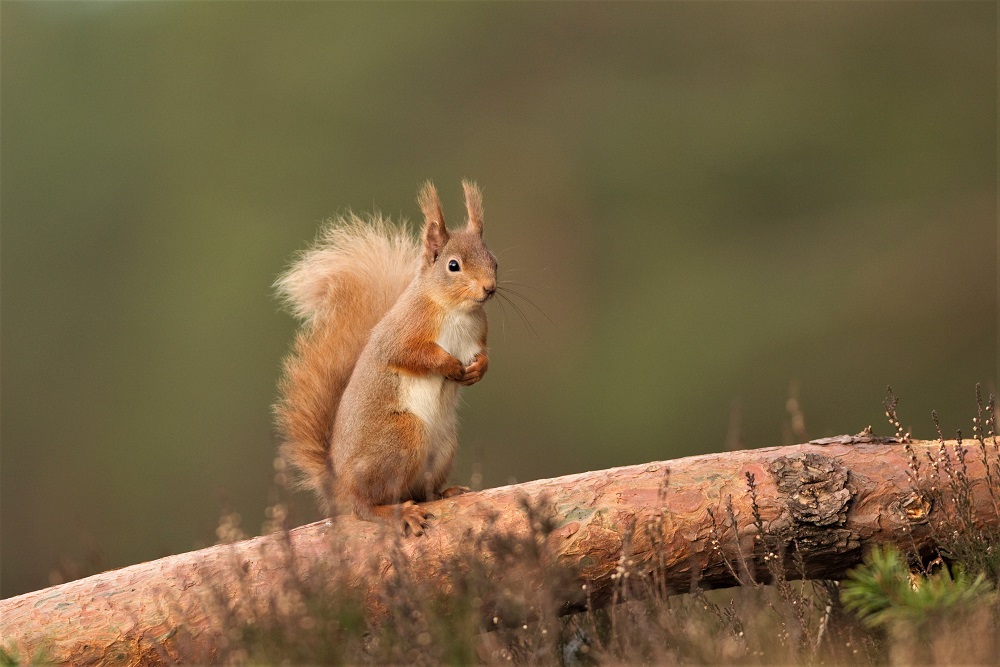 The IUCN (International Union for Conservation of Nature) keeps a ‘Red List’ of threatened and rare species. Their project attempts to document the loss of biodiversity across the globe. Thus far, only 5% of known species have been assessed by the IUCN, but some worrying data has already emerged. 25% of our mammal species are threatened, 41% of our amphibian species, and 13% of birds.

Forests help stabilise the climate. They regulate ecosystems, protect biodiversity, play an integral part in the carbon cycle, support livelihoods, and can help drive sustainable growth. They are important biodiverse habitats because they contain a wide range of ‘ecological niches’ in which species can exist.

An increasing amount of research is showing that forests that are more biodiverse, containing more plant and animal species, are more resilient to climate change. This means that they are able to continue to function in the face of changes to the environment, such as climate warming.

To maximise the climate benefits of forests in Scotland, the first task is to increase the amount of forest habitat, and manage forests more sustainably. Organisations like FLS create new forests and expand existing ones, finding new ways to protect woodland from damage and help forests thrive in harmony with industries like farming, and commercial forestry itself. "These projects help to develop new policies which will balance the demands of forest industries with the needs of the natural world and its inhabitants," says Kenny.

This includes recreation, too. As humans, we mainly live in constructed urban environments, and lots of research shows that we need to get out into nature to be able to enjoy life to its fullest. The benefits of exercise, relaxation and ‘quiet time’ spent in nature are many and varied, but without biodiversity, these natural havens from the hustle and bustle of life are under direct threat.

Micro-habitats: The importance of deadwood

"For the last decade or so, FLS has been making a concerted effort to increase the amount of deadwood in Scotland’s publicly-owned forests and woodlands," says Kenny Kortland. Why is dead wood such a priority? "A third or more of forest species rely on deadwood at some stage in their life cycle," he continues.

"Veteran and dead trees at different stages of decay have an important ecological role to play in conserving forest biodiversity and are recognized as indicators of sustainable management." 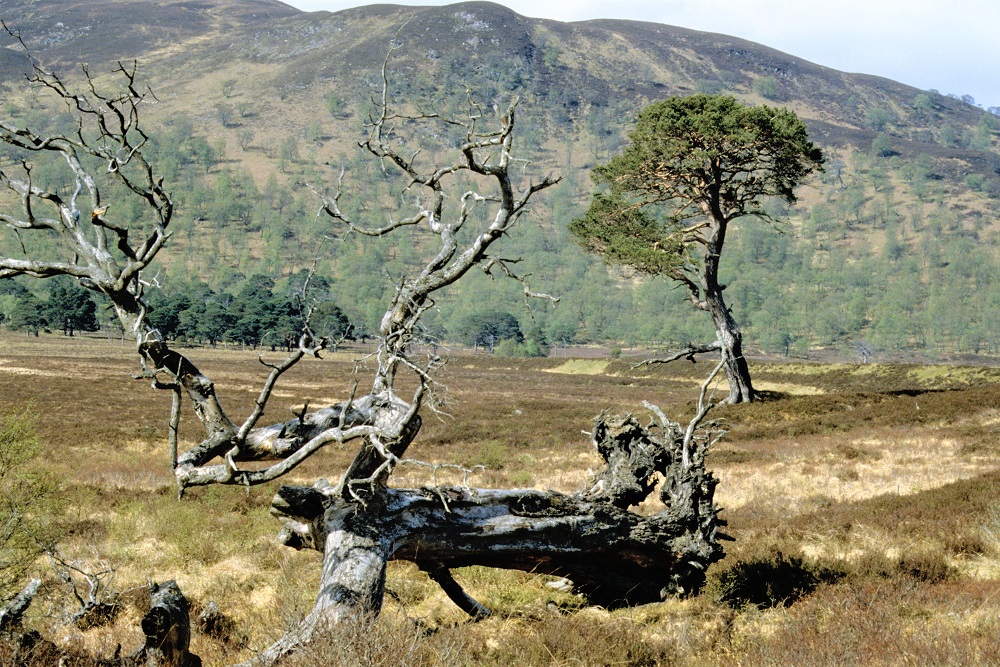 The benefits are measurable, across a broad spectrum of flora and fauna. "Dying and dead trees, either standing or fallen and at different stages of decay, are valuable habitats. They provide food, shelter and breeding conditions for a large number of rare and threatened species, including insects, other invertebrates, lichens, bryophytes, birds and mammals."

The biodiversity found in a dead tree is incredible: "Hollow trees, in particular, provide suitable microhabitats for mammals, including rodent species, squirrels, martens, bats and wildcats. Birds including the woodpecker, tit and owl species use them for cavity-nesting. Deadwood also plays a significant role in forest nutrient cycles, carbon budgets, soil quality, and the natural regeneration of trees."

Nature and nurture: The forestry cycle

In the past, plantations were monocultures of a single species of conifer, often a non-native species. However, plantations are now far more diverse in structure and in terms of the management that is carried out. Forest certification is one of the most important drivers for this change in approach.

The forest management cycle is the process whereby trees are planted, allowed to grow, then ‘thinned’ (a proportion cut and harvested), allowing the remaining trees to grow bigger and better before the final felling of the remaining trees. This is carried out in patches of varying size throughout a plantation, which results in a patchwork of stands of different ages, from clear-felled sites with no trees; to stands with huge, mature trees; and everything in between. The process from planting to harvesting takes decades, making planning absolutely essential. 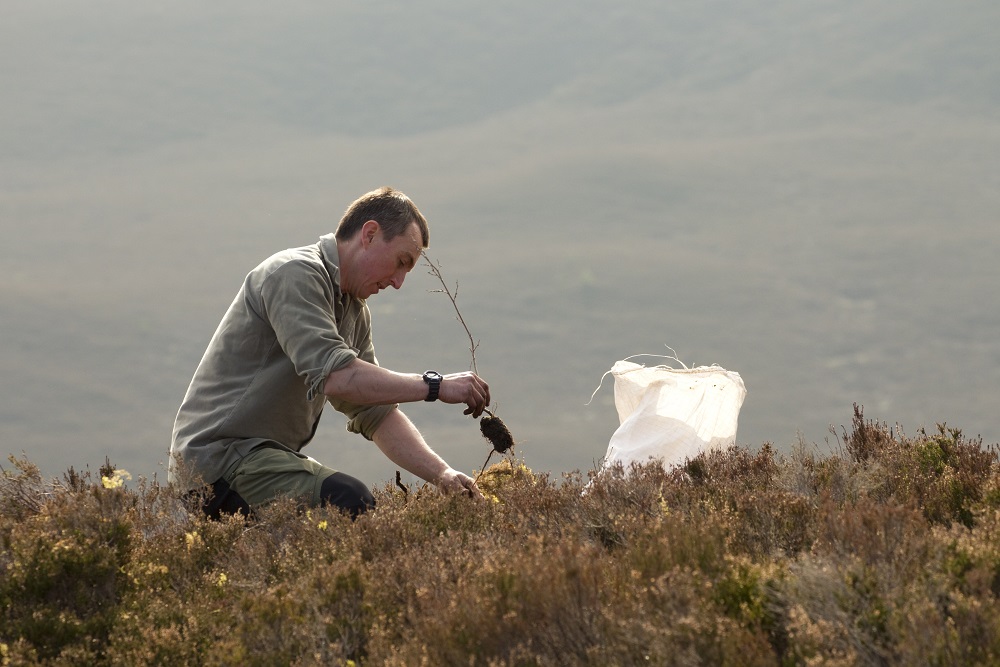 The ever-changing mosaic created by the forestry cycle provides habitats for a huge range of species, and this is just as true for plantation sites as for native woodlands. The canopy layers of plantation trees are habitats for a wide range of bugs and other invertebrates, and the deadwood within plantations supports a huge range of lichen and fungus species. The biodiversity within plantations is enhanced further by permanent open areas and unmanaged natural reserves containing big, old trees.

The forestry management cycle within plantations creates an ‘unnatural’, man-made ecosystem, but one that uses relatively small amounts of chemicals and fertilisers, and creates an abundance of niches for a range of species. "Plantations support an amazing amount of biodiversity," Kenny confirms. "This is something that we should all celebrate, because we all consume timber products." 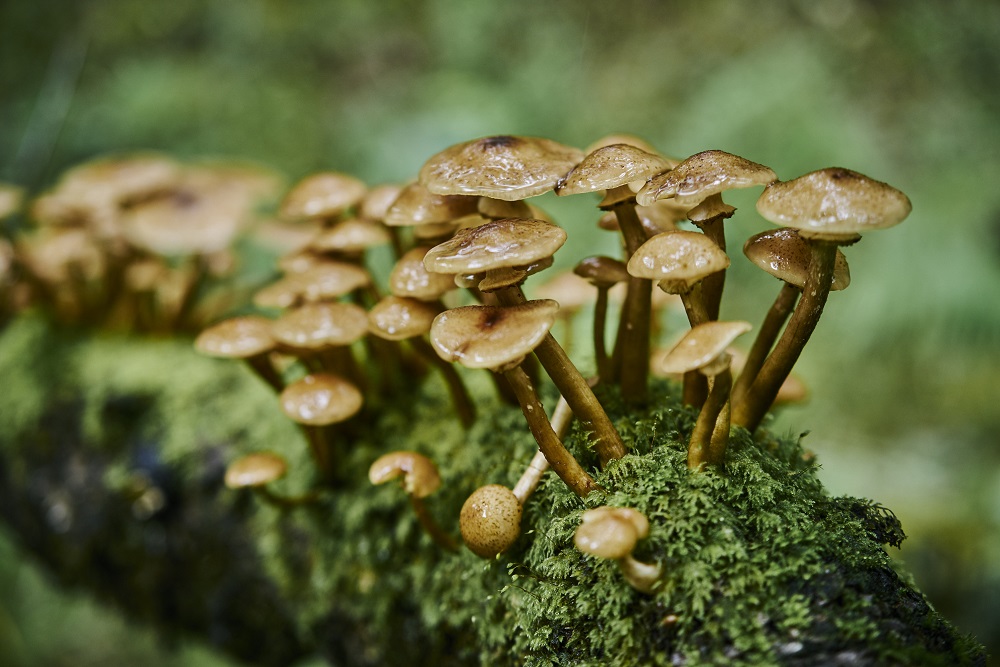 What can I do to help?

Balancing the needs of biodiversity and Scottish communities will continue to present new challenges, but appreciating the importance of biodiversity is an important step towards turning those challenges into opportunities for positive change. What can we all do to help support and nourish the biodiversity in our forests?

"There are some very simple steps everyone can take that will have big benefits for the earth’s biodiversity," says Kenny.

"All of these measures can reduce our individual impacts on our environment," he says. "If everybody in Scotland were to make some of these changes, we’d leave the country in a much better condition for our children!" 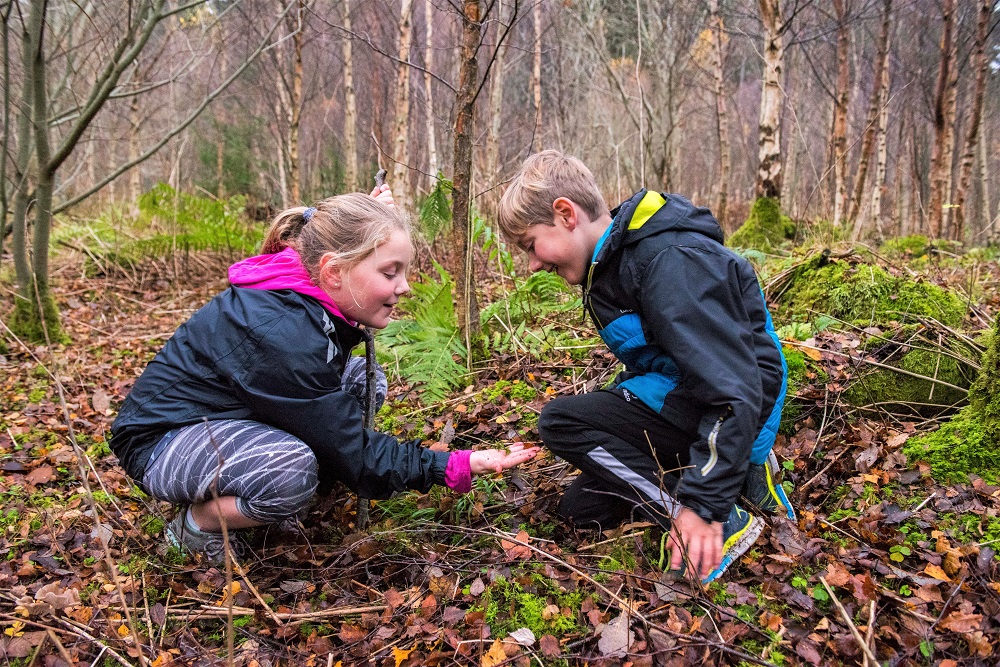 What is Forestry and Land Scotland doing for biodiversity?

We are carrying out a wide range of work to enhance biodiversity, in order to make forests in Scotland more resilient. This includes:

Read more about our work to enhance biodiversity