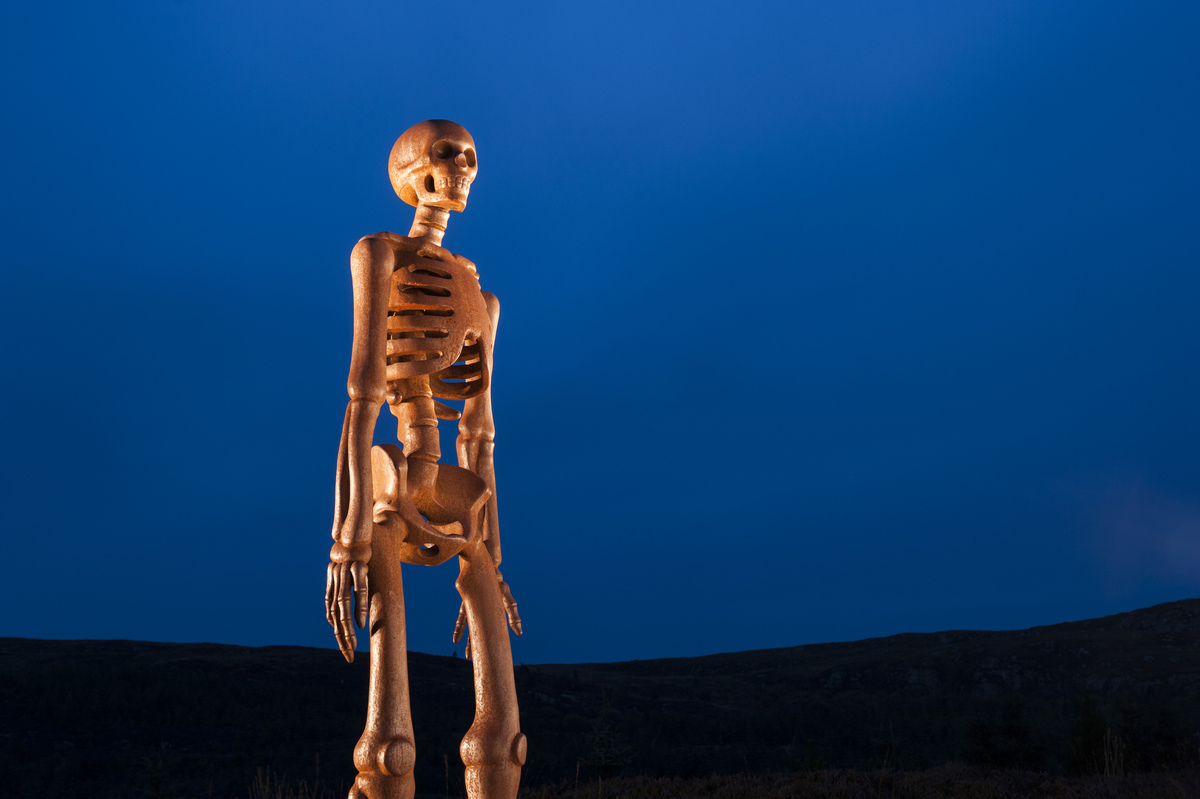 Autumn might be full of colour, but when night falls, the forest can be a scary place. Dark trees, eerie sounds, a cold that steals your breath away. Give yourself a chill this halloween in some of our spookiest forests!

In 2008, the Wilson family spent the day in Blairadam woodland, a large site with a strong coal mining history. The family, who live close to the forest, had a great day, taking family photos and exploring what the site has to offer.

That is until they returned home and noticed something unusual in the background of a photo. It was a photo of one of the children, who was standing in front of a cluster of trees, but upon closer inspection, the family noticed there was a sinister form tucked in the tree line. The figure was wearing Victorian clothes, similar to those worn by the mine’s long-deceased workers.  We will never know if the ghost died in the mine, forever wandering its final resting place, or if there is a more innocent explanation for the presence of the sinister figure. This might be one mystery we may never understand.

Along the Dunnottar Woods’ History Trail you will find Gallow Hill, the resting place of countless souls. This is where, centuries ago, condemned criminals took their final walk to the gallows, with the fearsome hangman's noose waiting for them at the summit.

Tree planting began on the site in the 1800s, but soon after, workers uncovered a gruesome surprise – the bones of executed criminals. We have recently found evidence that the hill’s grisly past started much earlier, as the gallows were built on an ancient burial mound over 3,000 years old. Scientists believe it was once a sacred spot to prehistoric people who would have lived nearby.

Perched at the top of Doon Hill is the Fairy Tree, a solitary Scots pine nestled in an oak laden woodland. Legend has it that the tree marks the entrance to a Fairy Queen’s underground palace.

In 1691, the local Reverend Robert Kirk published a book called The Secret Commonwealth of Elves, Fauns, and Fairies – which tried to understand the secrets of this hidden magical world. The story goes that the book angered the fairies, and a year-later Reverend Kirk mysteriously died upon Doon Hill. Some say that on certain days you can still see his ghost wandering close to the Fairy Tree, forever guarding its entrance and secrets.

This trail has many spooky spots, the first one being Whithaugh Burn where an old country turnpike once crossed over the water. People say this site is haunted by fairies and ghosts, making it a popular spot for the souls of the Castleton churchyard to take a midnight stroll. If you are feeling brave, take a slight detour to an ancient ash tree whose shady past gave it the nickname, the Hanging Tree. This spot is where many damned souls took their last breath under the old deciduous tree’s strong branches.

On 16 April 1746, Charles Stuart lead the Jacobite army into the decisive battle against the Duke of Cumberland and the British army. The fight lasted a mere 60-minutes and over 1500 people were killed or wounded and history changed forever. The Culloden Woods cover part of this historic battle site.

Hidden along the Culloden Wood Trail is the Prisoners’ Stone, where 17-Jacobite prisoners were allegedly executed. It remains to this day an eerie reminder of the site’s violent past.

Had your own scary experience in the forest? Share it with us on our social media channels!