Osprey news from around the Tweed Valley
A subterranean secret
Storm damage to help riparian restoration
A moment in time: visiting a Scottish broch
What are we doing to protect and conserve nature?

An unusual archaeological survey by Forestry and Land Scotland adds a new chapter to an old story, of a fort built by William Wallace and an unlikely victory…

The New Statistical Account of Scotland was compiled using the responses to a questionnaire sent to every minister in every parish in Scotland, and was published between 1834 and 1845. The Account contains rich and detailed parish reports for the whole of Scotland, covering a vast range of topics including agriculture, education, trades, religion and social customs.

The New Statistical Account is also a useful source of archaeological information. Section II (Civil History), Question 8 regarded the antiquities of the parish. Ministers were asked to note “any crosses or obelisks erected in the parish, ruins of religious houses, of ancient camps, altars, roads, forts and traditions connected therewith. Whether any medals, coins, arms or other pieces of antiquity have been dug up in the parish, when they were found and in whose custody they are now. Any barrows or tumuli, and whether they have been opened and what was discovered.” 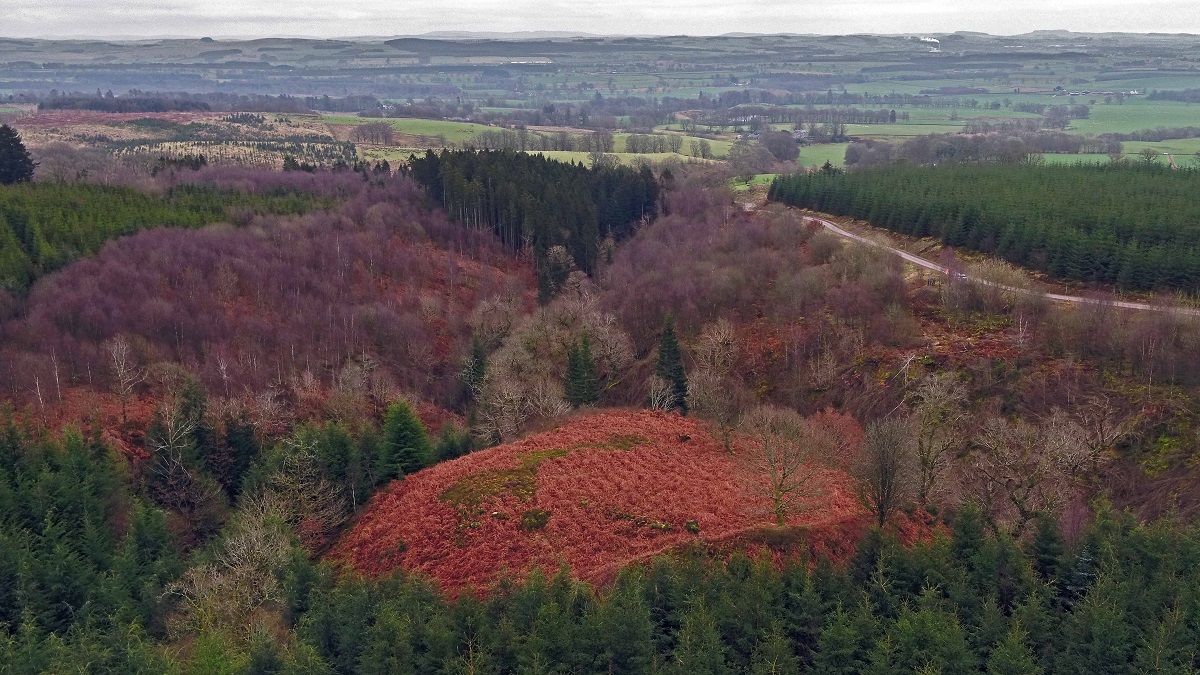 In the parish of Kirkmichael in Dumfriesshire, a massive earthen rampart cuts off the promontory above the confluence of the Black Linn and the Tor Linn. It has never been excavated and little is known about its history. However, the New Statistical Account records “a small fort, commonly called Wallace's House, adjoining Torlinn, a glen filled with natural oak… This fort commands an extensive view to the south, occupying the summit of an angle formed by the junction of two branches of that steep ravine; and being protected on its third side by a large fosse [or ditch], it must have been a strong place of defence. Sir William Wallace, while meditating the capture of the castle of Lochmaben in 1297, is said to have kept sixteen men there, with whom he sallied forth to annoy the English garrison under Greystock and Sir Hugh of Moreland.”

The story continues. “Having taken some of their horses, Wallace was pursued to Tor-head by Moreland, who, in the encounter which ensued, was slain, with several of his followers. Greystock, enraged at this defeat, and strengthened by fresh supplies from England, immediately proceeded to attack Wallace with 300 men. Overpowered by numbers, he fell back among the hills; and being joined by Sir John Graham of Dundaff with thirty men, and Kirkpatrick, his kinsman, with twenty of his retainers, was overtaken on the north border of the lands of Holehouse, near the bottom of Queensberry, where a general engagement took place. Greystock fell; the victory was complete; and the survivors seeking shelter in the wood from which they had pursued the Scots. Wallace reached Lochmaben before them, and took possession of the castle.” 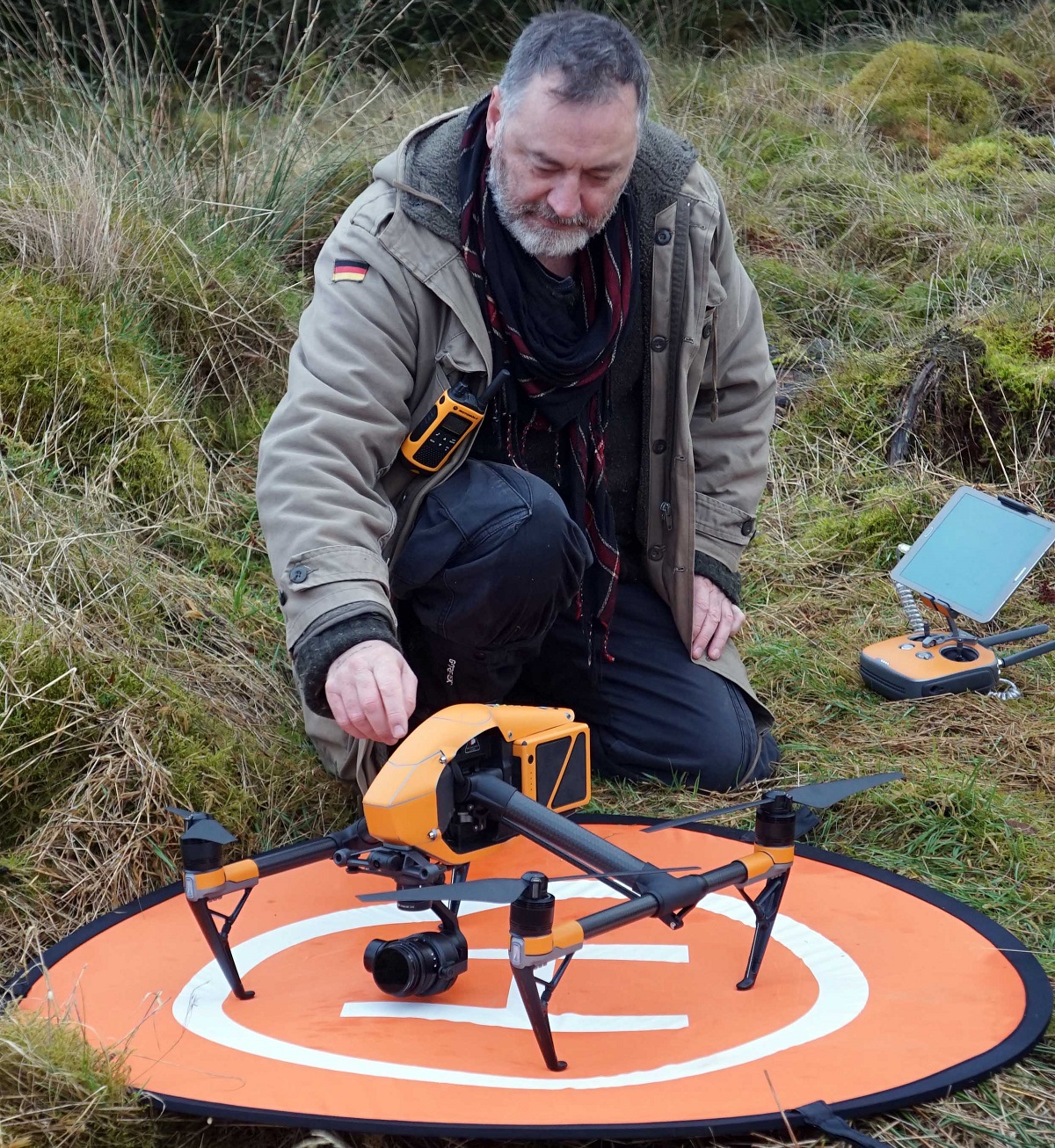 The fort was recently surveyed by archaeologists using a remote-controlled drone. They took hundreds of photographs from the air and processed them using point-matching software to create a 3D terrain model, stripping away scrub and ground vegetation. Height detail is refined by adding close contours and orthographic colour.

Forestry and Land Scotland Archaeologist Matt Ritchie oversaw the project: "In recent years we have been working with Skyscape Survey to develop the methodology of drone-generated photogrammetric survey, combining accurate survey methods with innovative visualisation techniques." 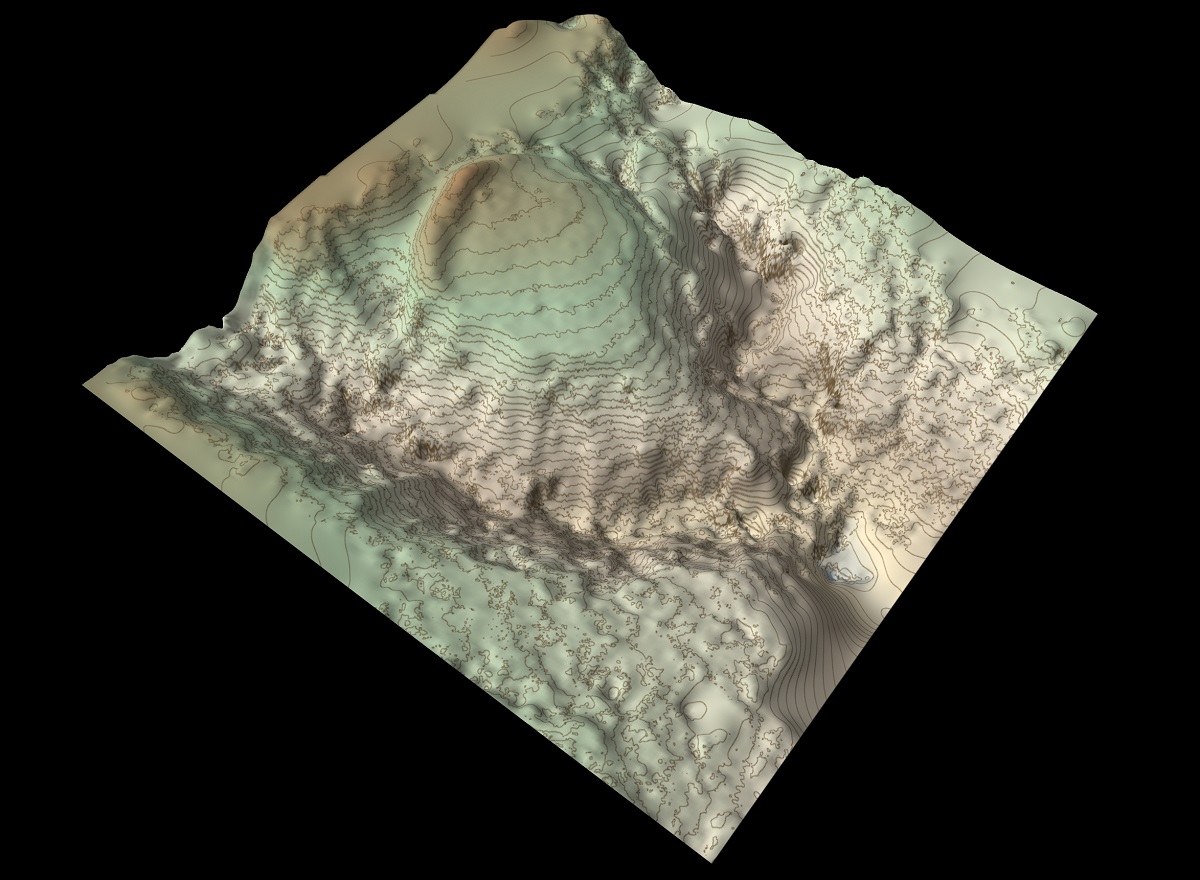 Matt continues: “The contour survey adds to a history of cartographic work that began with the Ordnance Survey in 1857. Our new 3D model enables the massive rampart of the fort to really stand out, and the deep gullies of the two linns to be appreciated. It really must have been ‘a strong place of defence’, the rampart topped with a timber palisade and enclosing timber buildings built to house the soldiers and their horses. Could the fort really have been built by William Wallace and his men? I’d like to think so – and, either way, the survey has added a new chapter to an old story!” 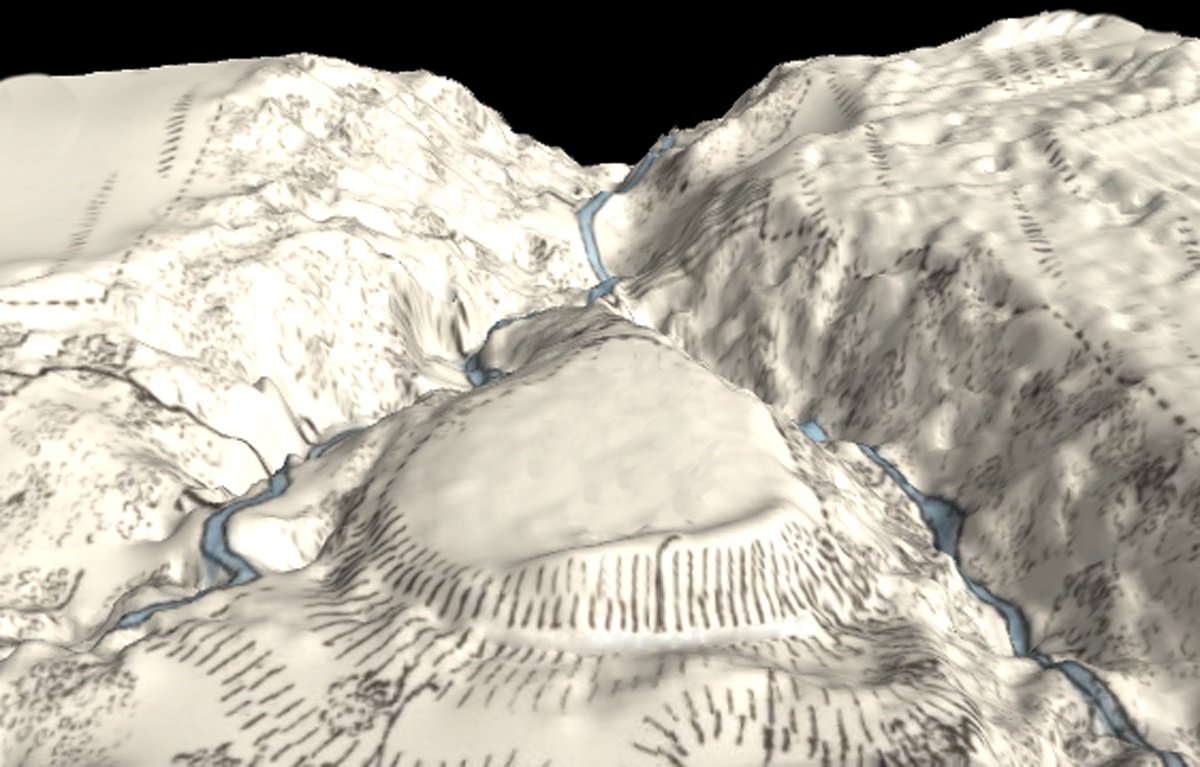 Regional Environment Advisor Bill Coombes agrees: “Over the past six years our apprentices have been working to remove the non-native conifers from the two steep sided Linns which protect and create the promontory fort. The glens are rich in biodiversity with mature native Oak, Ash, Birch, Rowan, Alder, Willows and all the associated flora and fauna. These ancient semi-natural woodlands form a key part of an important habitat network. We are expanding them by increasing the area of native broadleaves that we plant along the riparian corridors, with the retention of deadwood to further enhance the biodiversity.”

“This is a site where ecological and heritage objectives come together to create a special place.”

The new statistical account of Scotland by the ministers of the respective parishes under the superintendence of a committee of the society for the benefit of the sons and daughters of the clergy (1834-1845). Edinburgh. Page(s): Vol 4, 69 - https://stataccscot.edina.ac.uk/static/statacc/dist/home

Osprey news from around the Tweed Valley
A subterranean secret
Storm damage to help riparian restoration
A moment in time: visiting a Scottish broch
What are we doing to protect and conserve nature?