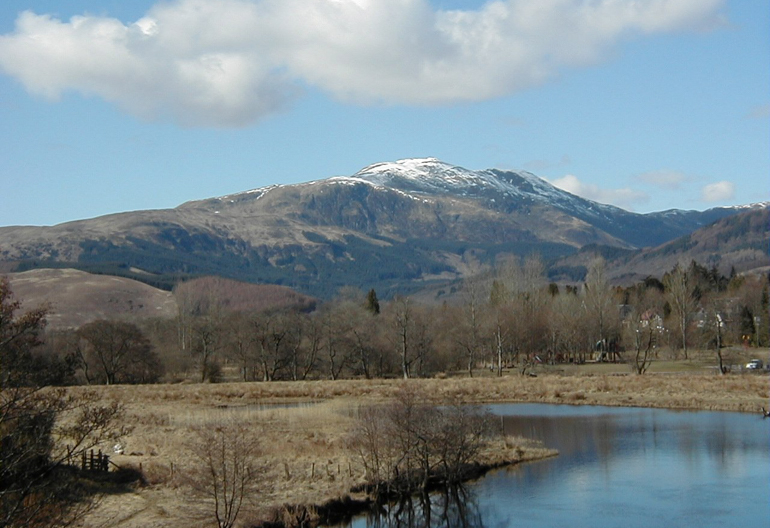 Ben Ledi's prominent position beside Loch Lubnaig on the edge of the Highlands makes it an excellent viewpoint. In the past, local people celebrated the summer solstice on the summit, getting as close to heaven as they could. This may explain why Ben Ledi's name has been translated from the Gaelic as the Mountain of God (although it's more likely to be Beinn Leitir, the Hill of the Slope).

On a clear day, the views from Ben Ledi are panoramic, with Lochs Lubnaig and Venachar below you and Ben Lomond, the Arrochar Alps and a series of Highland peaks, including Ben Lui, Ben More and the Lawers range, as a stunning backdrop. You might even spot Stirling Castle and the Pentlands beyond.

There's a cairn at the rocky summit, built in 1887 to commemorate Queen Victoria's Golden Jubilee, and an iron cross. The cross was erected as a memorial to Sergeant Harry Lawrie who was killed on duty with Killin Mountain Rescue team in 1987.

This popular trail to the highest peak in The Trossachs is a steep hill climb but well worth the effort for the spectacular views of Loch Lubnaig and the surrounding hills.

Ben Ledi's long ridge may look appealing from the car park, but it's a steep climb to the top! The summit is at 2,884 feet and it's a round trip of 4¾ miles. The route is not waymarked, so you will need to take a map and compass with you. Find out more about the route at WalkHighlands.

The 94 mile Rob Roy Way passes the car park at Ben Ledi. The route follows the tracks and paths used by Rob Roy MacGregor, Scotland's most notorious outlaw, linking Drymen to the south with Pitlochry to the north.

Keep your eyes and ears open as you explore the woods around Ben Ledi. You might spot red and roe deer amongst the trees, or hear the chatter of a red squirrel in the canopy. You’ll probably hear the mewing call of a buzzard circling overhead or, if you’re very lucky, catch a glimpse of the much bigger golden eagle soaring above the peaks.

Ben Ledi is a popular hillwalking route, so the car park here can get very busy during summer weekends.

The nearest public toilets, shops and cafès are in Strathyre village to the north or Callander to the south.

From the A84 between Kilmahog and the southern end of Loch Lubnaig, take the turn-off signposted for Strathyre Cabins. The road quickly crosses a bridge - Take the left turn immediately after this to find the car park for Ben Ledi.

FK17 8HF is the nearest postcode.

Buses between Callander and Killin stop at Strathyre village. Plan your journey at Traveline Scotland. 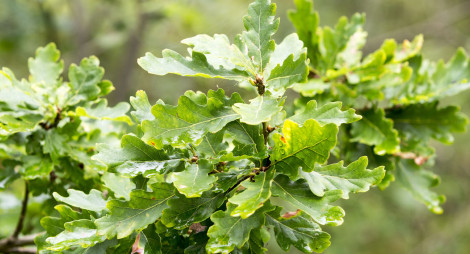 Lochside cabins beneath the peaks of Ben Ledi 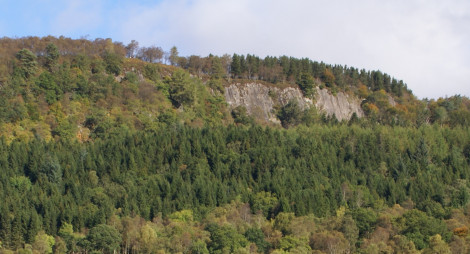 Panoramic views of both the Highlands and the Lowlands 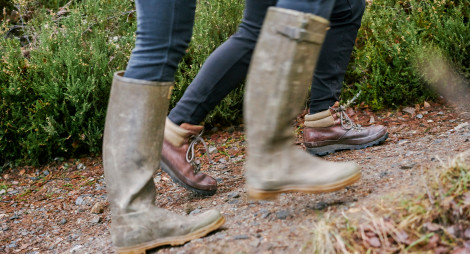 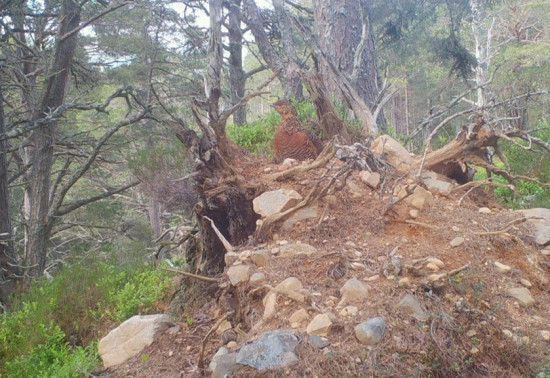 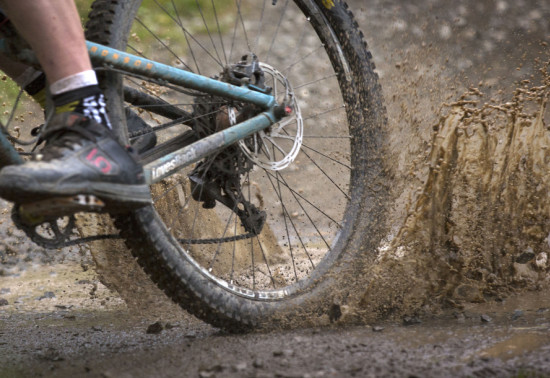 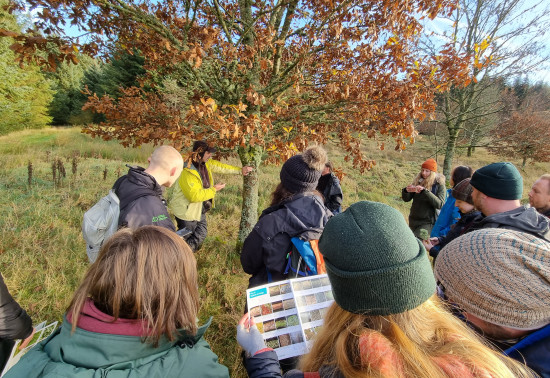 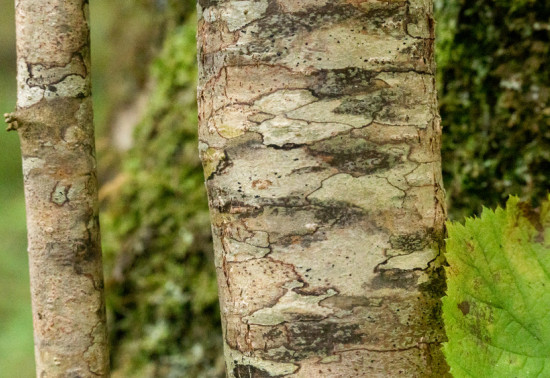