Brecklet sits on the slopes of Meal Mhor and is visible from the villages of Ballachulish and Carnoch. It is also prominent from the A82 trunk road, Glencoe Orbital Route, Loch Leven and from many of the surrounding hills. The general character of the forest is one of commercial conifers, mainly Sitka spruce and Lodgepole pine on a gently sloping rounded hill. The land was acquired by the Forestry Commission in the early 1960’s and was planted with commercial conifers from 1963 through to 1967. Commercial felling of the original forest commenced in 2004/5 and has lasted through to the present day.

The current Forest Design Plan was largely driven by a desire to redesign the original boundaries of the forest in a sensitive manner through the clearfell of coupes with careful restocking of a range of tree species to allow the forest to sit more comfortably within the surrounding area. While many of the policies of the original plan are still valid today, there is now a greater emphasis on conservation, biodiversity and heritage, which will result in a reduction of commercial conifers and an increase in native woodland and open space. 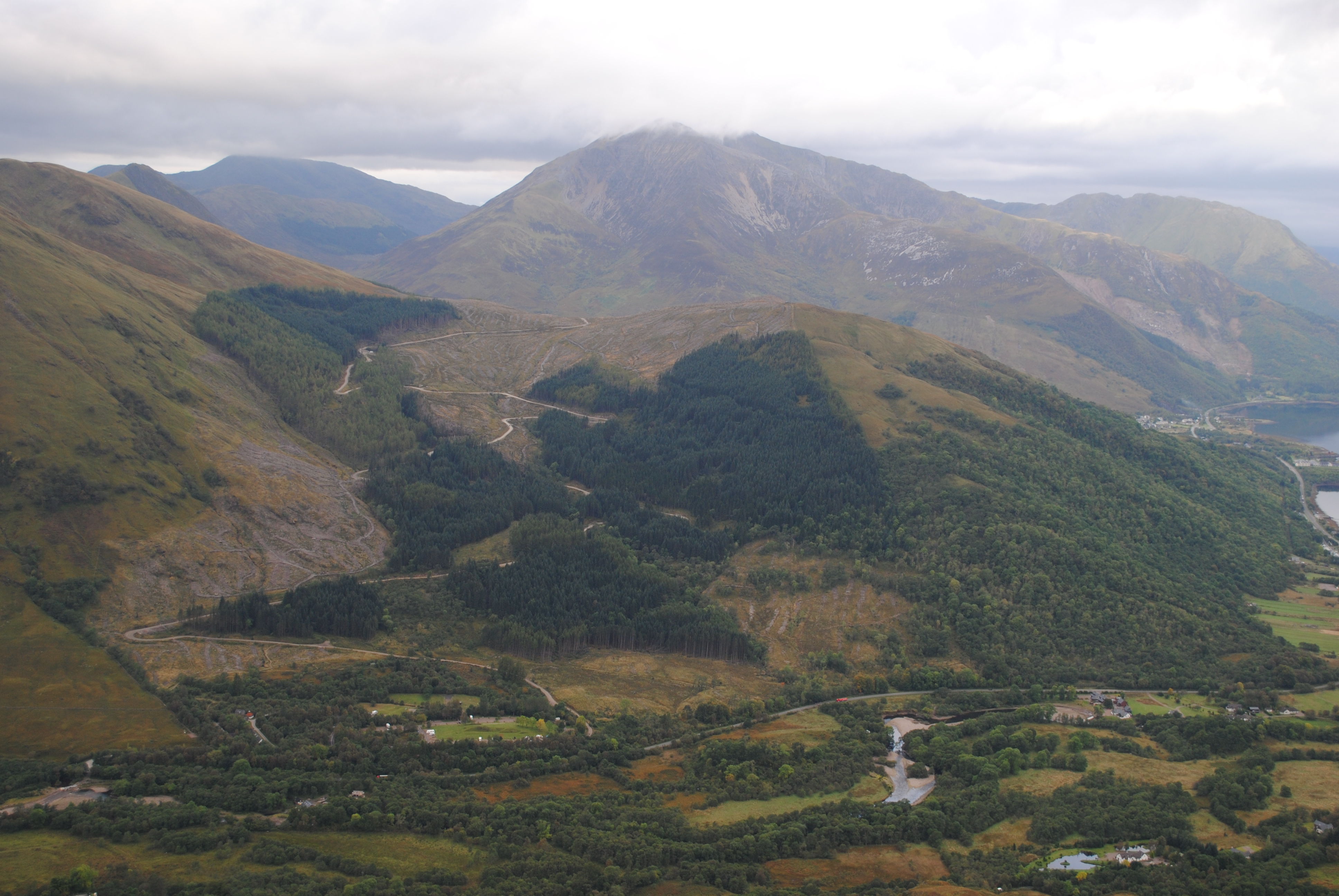