Peatland, or bogs, are wetlands that support several habitats and species that are important for biodiversity. They also provide ecosystem services through improving water quality and can reduce the severity of flooding.

We manage over 160,000 hectares of peatland. Some of these bogs are open habitats, while others had trees planted on them from the 1950s to the 1990s.

Why are peatlands important?

Sustainable peatland management and restoration deliver positive action for both the climate emergency and the biodiversity crisis.

Peatlands are mostly known for their ability to store carbon, but they are important habitats in their own right. They can bring additional benefits such as improving water quality and sometimes reducing the severity of flooding.

Bogs are home to a range of species such as the red-throated diver, lapwings, and skylarks, who all rely on peatlands for breeding grounds. 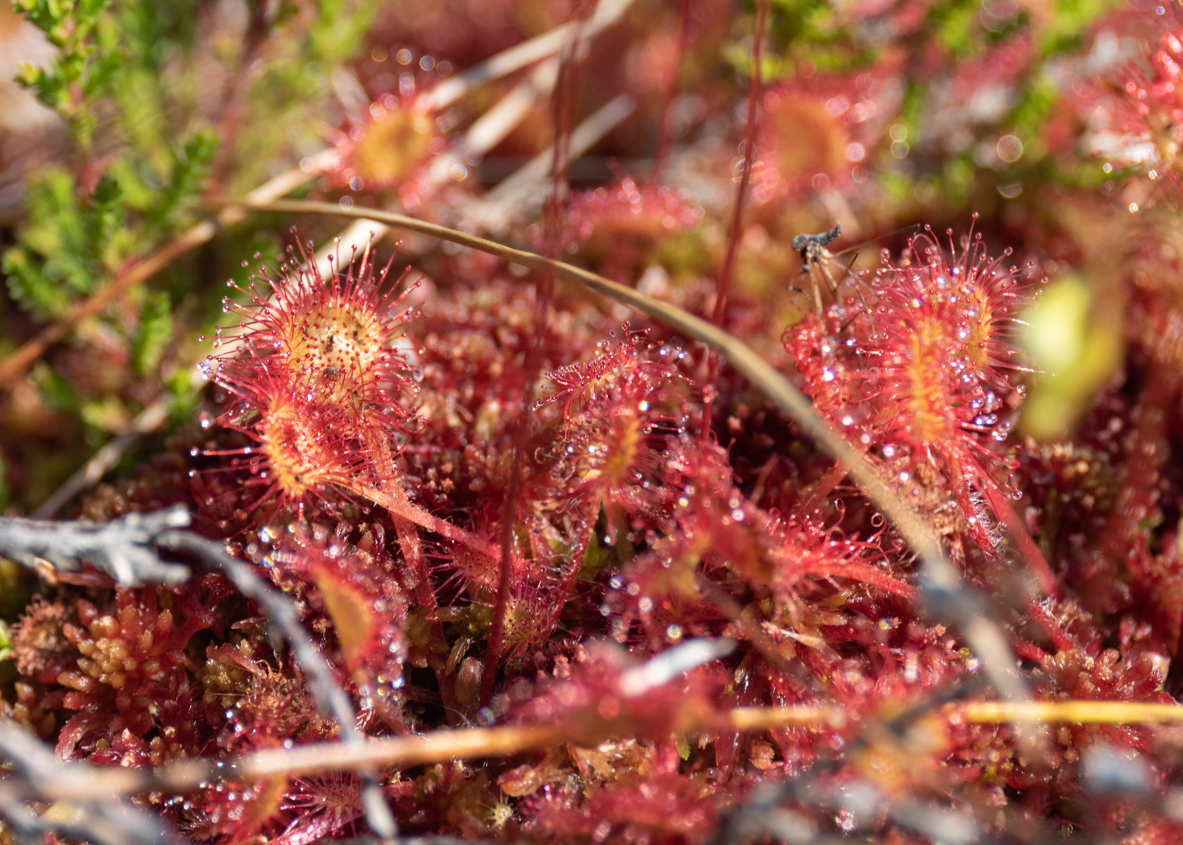 Sundew is a carnivorous plant only found in bogs, and their favourite food is - the ever annoying midges.

We don’t often think of fire prevention and soil water conservation when we think of peatland restoration.

We now see wetter winters and drier spring/summers and have more extreme storms and higher temperatures. All of these things are changing how we are managing our forests and land. Good peatland restoration will make the peatlands more resilient in the face of changing climate.

What is biodiversity?
Biodiversity is all the different varieties of life you’ll find in one area. The spread of animals, plants, fungi and bacteria that make up our natural world. Each of these species work together in a web to maintain balance and support life. By protecting and enhancing biodiversity, we can make forests and land that are better for wildlife and humans alike.

The images below show the changes we see in peatlands over a relatively short period. The increased height of the water table across the site is a good sign that the peatland is responding well to the restoration.

Before (left) and after (right) photo of peatland restoration at Ardmore on the Isle of Mull.

Peatlands are naturally wetter areas because of the higher water table. The wetter ground can help stop the spread of fires during droughts and dryer periods.

The image below shows where the fire has been naturally slowed due to the re-wetting around the fire site.

The black and brown areas show the damage caused by a forest fire, on a peatland area in Northern Scotland. The white area to the left is where the cotton grass is flowering, on a recently re-wetted peatland.  The wetter site prevented the fire from spreading further, containing the fire.

Restoring peatlands is one of the most important things we can do to help Scotland mitigate the effects of the Climate Emergency. See more about what we're doing below. 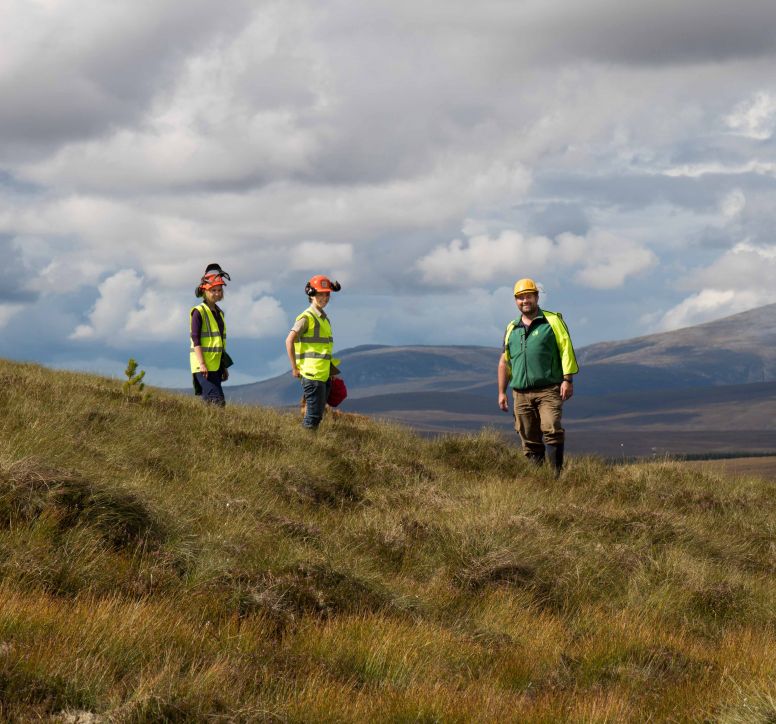 How we are helping peatlands 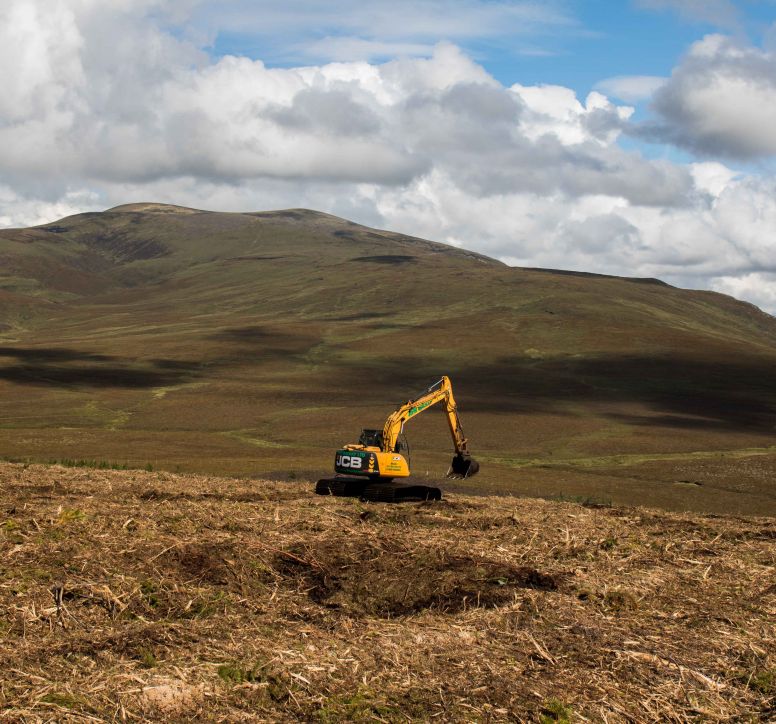 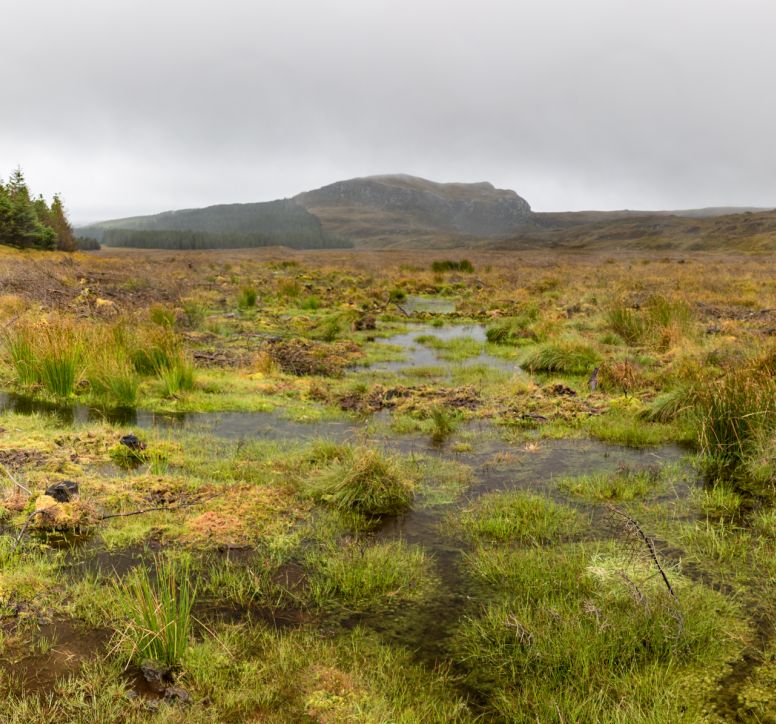