This particularly fine small Roman fortlet is in excellent condition. It is rectangular on plan and is set within a rampart and double set of ditches. 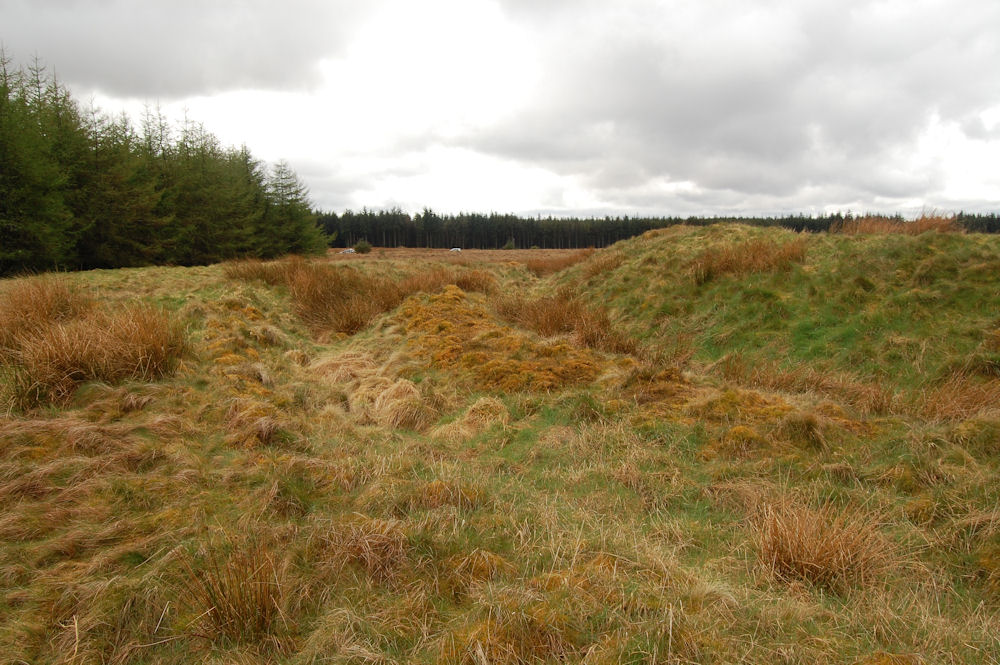 The fort would have housed a unit of 80 soldiers. Although it was one of the first Roman monuments to be excavated in Scotland (in the mid 19th century), its exact date of construction remains unknown. The absence of a Roman road in the vicinity suggests a date in the late 1st century AD, before the main programme of road construction was under way in this part of Scotland.

The Roman military presence in Scotland is really better considered as a series of campaigns.  It began with their advance into southern Scotland under Agricola in the AD70s and their defeat of the Caledonii at the battle of Mons Graupius in AD83.

The Roman return to Scotland in AD139 saw the construction of the Antonine Wall, abandoned upon their withdrawal to Hadrian’s Wall in the mid AD160s (although their influence upon Scotland continued).

Finally, a major but brief campaign was conducted by Severus between AD208 and 210. As a result, Roman settlement in Scotland is almost entirely concerned with supplying military garrisons during the different campaigns fought in Scotland. Apart from the forts and the roads to supply them, there is little evidence of any associated civilian settlements.

However, the preservation of these military remains is of international importance for understanding how the Roman army and administration worked across the Empire - the Antonine Wall and forts such as Ardoch are among the best surviving examples of Roman military architecture in Europe.

Roman remains are restricted to the south and east of Scotland and include the stone walls of forts (often with much surviving archaeological evidence both within and surrounding them), the turf-walled ramparts of temporary camps, fortlets and signal towers and the extensive network of Roman roads.

Follow the A70 Lanark Road to Camilty Forest. Turn onto the B7008. After around a mile, look for the entrance to a track on the right. Follow the track on foot for a couple of hundred metres until a clearing appears on your right. The fort is located in the clearing about 150m from the track.