What is Forestry and Land Scotland doing to enhance biodiversity?

What is Forestry and Land Scotland doing to enhance biodiversity?

To contribute to the Scottish Biodiversity Strategy and in accordance with the UK Forestry Standard, we are undertaking a wide range of work to enhance biodiversity in the forests and on the land we manage. Here are some examples:

Considerable work is being done to increase the extent and quality of natural habitats, both on the 445 sites that are designated for nature conservation and elsewhere on the estate. For example, over 5000 hectares of peatland have been restored since 2014 and another 30,000 hectares has been identified for restoration. High quality habitats support more native biodiversity than degraded habitats.

Scotland’s national forests and land are home to a wide range of rare and endangered species and we are working with numerous partners to restore populations of these animals and plants; including capercaillie, white-tailed eagles, wildcat, water vole, and twin flower. 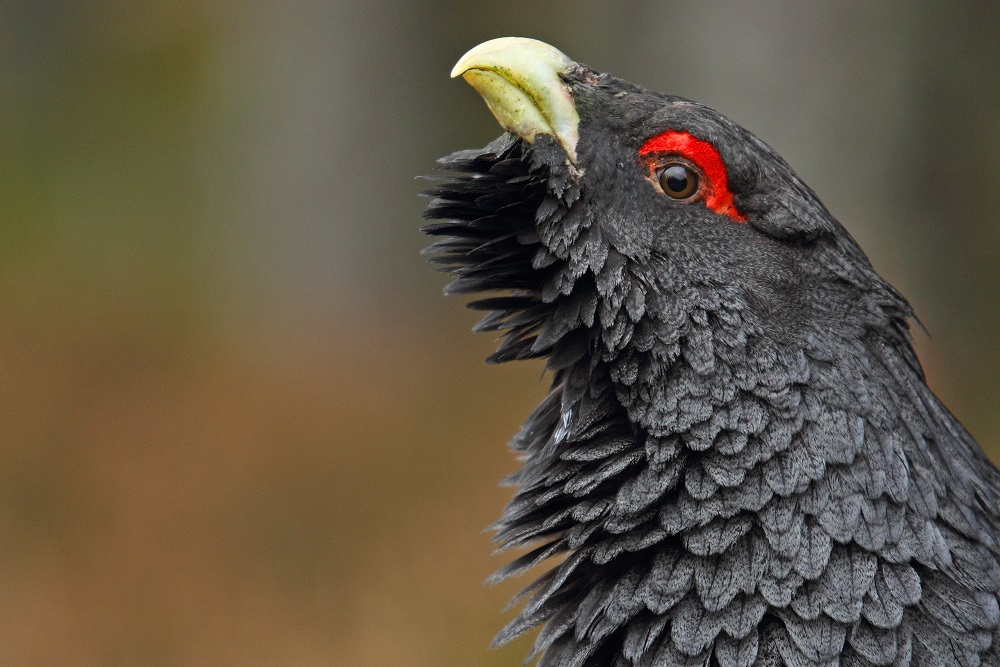 Thousands of hectares of Caledonian pinewoods, Atlantic woodland (Scotland’s temperate rainforest) and other ancient woodlands are being restored. These native woodlands are particularly important habitats for a range of lichen, fungus, bryophyte and insect species.

Increasingly, our forest planners are designing forests to maximise the amount of biodiversity that can be supported in the long term. For example, patches of native woodland are being connected to form networks that can support more biodiversity than isolated patches.

Wherever possible, we are allowing natural ecological processes to take place, such as natural regeneration of trees. Over 6% of the Scottish Government’s forests are designated as ‘natural reserves’, wherein natural processes are allowed to occur without interference. These processes create species’ ‘niches’ that otherwise would not exist. Also, the changing habitats allow many different species to utilise an area over time.

A diverse range of tree and shrub species is generally beneficial for biodiversity and native trees and shrubs support higher species diversity, and more ‘specialist’ species, than non-native species. Therefore, we plant a range of tree species, increasing the proportion of native broadleaf tree species on the land we manage. 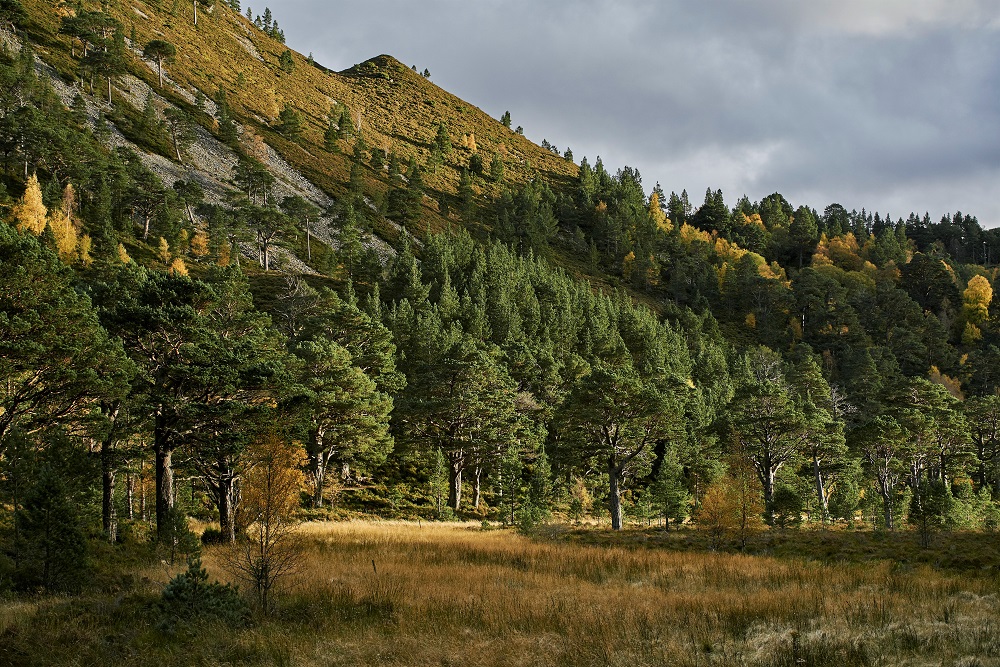 Forests that have a diverse structure support a wider range of species (increased species diversity) than uniform monocultures. We are restructuring all the forests we manage by using a range of silvicultural systems and by retaining important trees and other habitat features (e.g. shrubs and windblown trees). The resultant structure is diverse at several scales – from individual trees, to forest stands, to entire forest blocks. Every forest block in the near future will comprise a mosaic of varied stands of trees, open habitats and water courses, which will enhance biodiversity significantly.

It is estimated that a third or more of woodland species are dependent on deadwood. Deadwood also acts as a carbon store and recycles nutrients, which is important for soil quality. For more than a decade, we have been increasing the amount of deadwood in the national forest significantly. Damaged, dying and dead trees – whether standing or fallen – provide habitats for a huge number of species, including many lichens, fungi and insects. Many of these species cannot exist without deadwood.

These habitats, within or adjacent to woodland, are especially important for species such as insects and reptiles. We manage these areas for butterflies and other species such as chequered skipper and pearl-bordered fritillary. In Galloway Forest Park, over 3000 hectares of woodland fringe is being created, using native tree species. This is creating ideal habitat for a range for bird species.

We are in the process of restoring native habitat ‘buffers’ along all watercourses and waterbodies. This will take some time but very extensive areas have been done already. Native vegetation enriches water courses and is crucial for maintaining native aquatic biodiversity. For example, native woodland along salmon spawning streams keeps the water temperature low enough for the young fish to survive. Riparian corridors of native habitat are also vital dispersal routes for a range of species and connect patches of native woodland to form networks of high quality habitat. 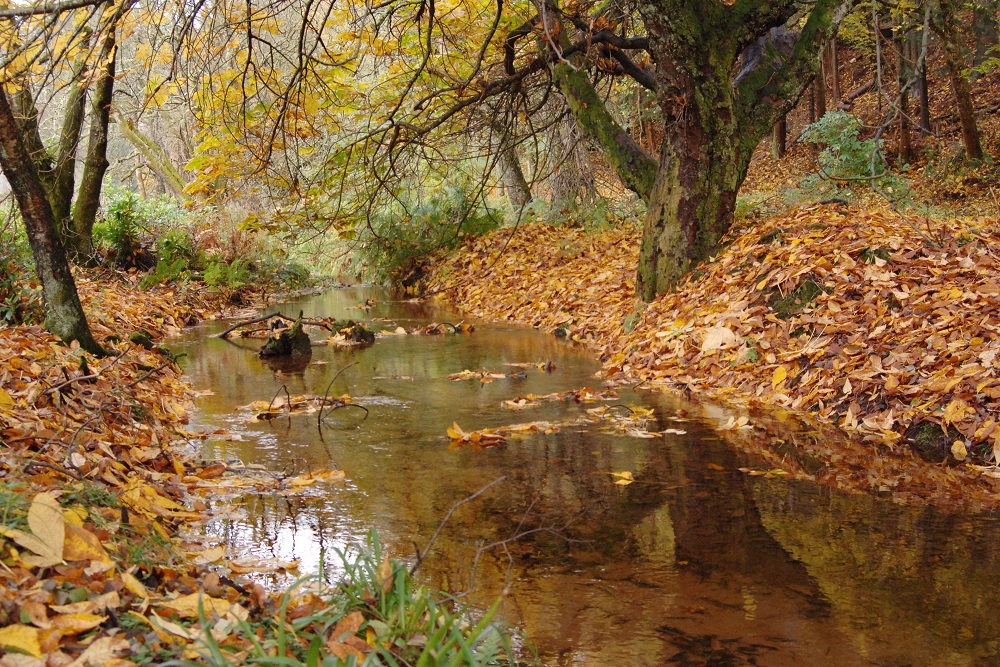 We are creating and restoring a wide range of habitats, from lowland raised bogs and sand dune systems, with their unique species assemblages, to species-rich wildflower meadows and forest bogs used by capercaillie and black grouse broods. Creating and restoring these special habitats massively enhances the biodiversity at both the local and wider scales.

Invasive alien species are identified as one of the main direct drivers of biodiversity loss worldwide. We are investing significant effort in controlling invasive species – especially rhododendron, which is a significant problem in Scotland. We also support the efforts of other organisations to control species such as American mink, which is a serious threat to our native water vole, and grey squirrel, which threatens our native red squirrel.

Grazing is recognised as a significant driver of biodiversity and over-grazing can significantly damage habitats and reduce the number and diversity of species. The effective control of grazing and browsing is crucial to protect many open and woodland habitats and we invest heavily in managing gazing and browsing pressure. This protects soils and allows ground flora and trees to regenerate and thrive, which, in turn, supports a huge number of species.

This extensive range of actions mean that Scotland’s national forests and land will support far more biodiversity. This will makes these habitats more resilient to climate change and will increase the ability of these ecosystems to provide goods and services - such as timber, clean water and pollinators - to Scotland’s people for generations to come. And, of course, there will be many benefits to our human visitors who will have abundant wildlife to observe on their forest outings!