Coronation Meadows
Back to
Open habitats

Wildflower meadows are some of the most loved and iconic symbols of the British countryside. However, 97% of them have been lost over the last 75 years.

That’s bad news for many scarce and declining species of flowers and plants, and also for the insects and animals that live there. Many of these species are only found in wildflower meadows. 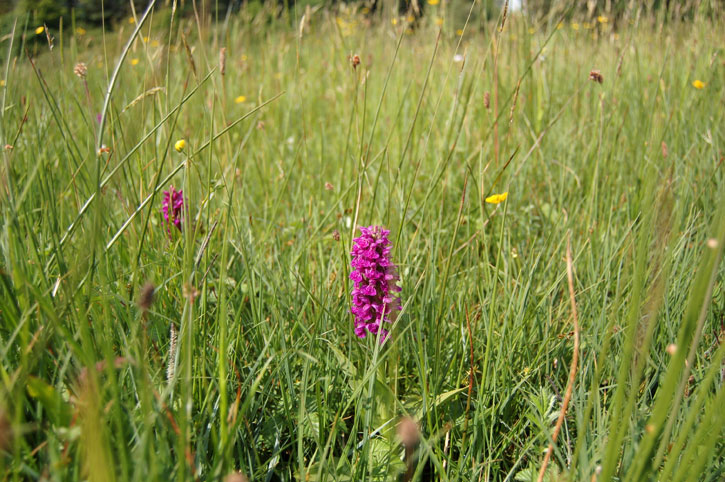 In an effort to reverse the trend, Prince Charles called for the creation of new wildflower meadows – at least one in every county – to celebrate the 60th anniversary of the Queen’s coronation.

The Coronation Meadows Project, launched in 2012, had two main aims:

Coronation Meadows on the land we manage

Two of our meadows have already been recognised as Coronation Meadows. These sites are outstanding (and rare) examples of species-rich lowland grassland. Modern farming techniques were never introduced to them, and they are home to a wealth of wildflowers in the summer months.

The problem with any early succesional stage habitat is that if it’s left unmanaged the soil nutrient levels build up. These extra nutrients allow more aggressive invasive plant species to establish and thrive. This is called succession.

If the nitrogen and phosphorus levels within soil rise above a certain threshold, then the species richness will be lost, as a lush and fertile grassy sward replaces the diverse species sward.

This why we’ve introduced conservation grazing. You might think it’s strange to see cattle happily munching away next to rare wild flowers. But grazing removes a proportion of the vegetation sward, and removes nutrients so that they aren’t recycled back into the soil.

We use Highland cattle at Samhairidh and Aberdeen Angus at Yair Haugh, and have plans to expand conservation grazing to other areas.

We are also looking after important areas of wet meadow habitat (purple-moor grass and rush pasture) at Balvag in the Trossachs and at the Kyle of Sutherland Site of Special Scientific Interest.