To Build a Broch

Brochs are a truly unique aspect of Scotland’s rich prehistoric tapestry. These distinctive circular drystone towers display quite startling structural complexity. They rise high from their foundations by employing a series of weight-saving and load-bearing galleries, stairways and passages within their double-skinned walls.

They are mostly found in the north and west Highlands and Islands, with some unusual lowland outliers. They were built in the Iron Age, around 400 BC, and are part of a wider architectural tradition of building large domestic roundhouses in both stone and timber that developed over many centuries. Brochs are defended homesteads, commissioned by well-to-do productive households and constructed by experienced builders. 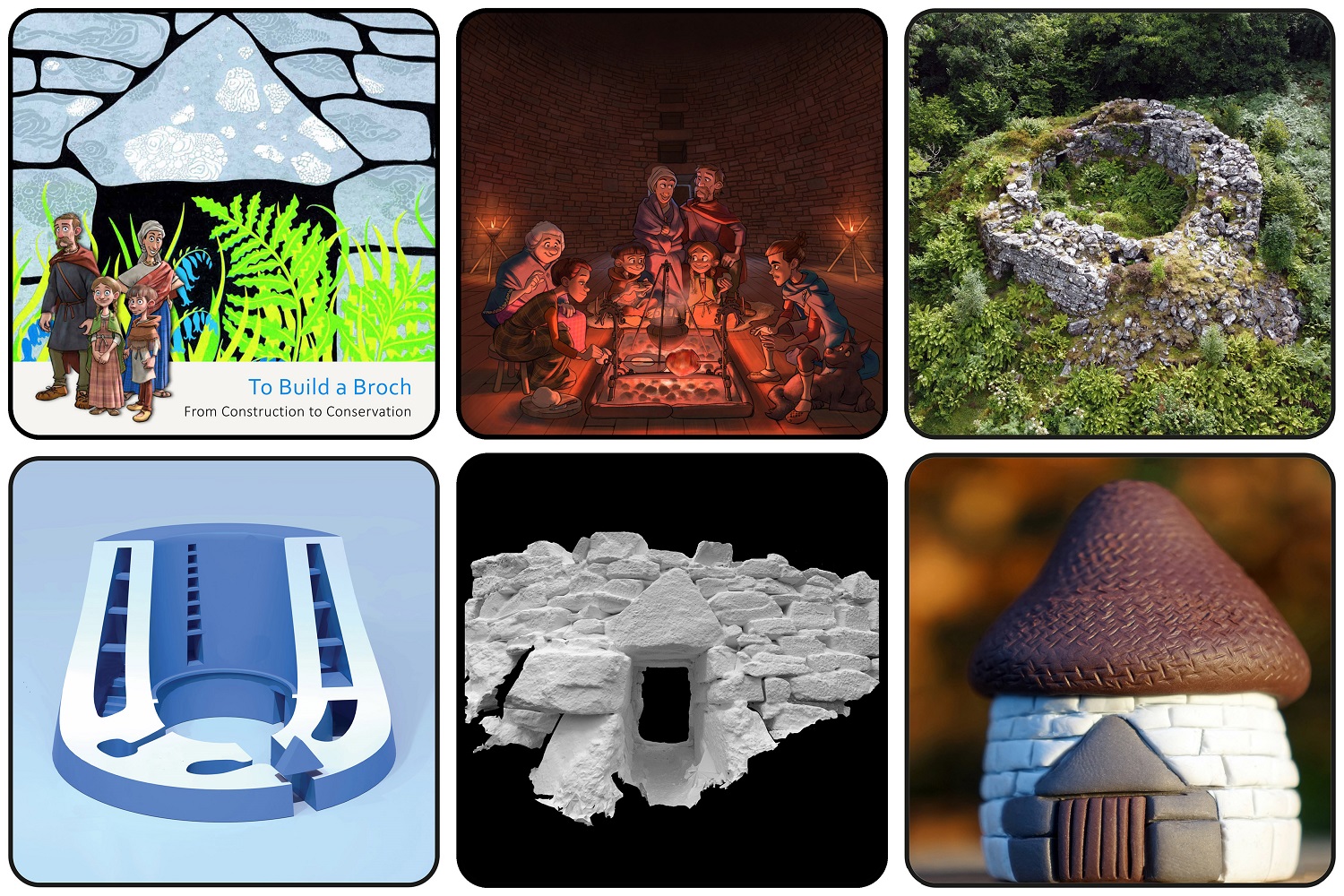 But there is no ‘standard’ broch, no ‘broch blueprint’ – brochs were a diverse collection of distinctive structural components, present in different ways within individual sites, although each reflecting the same architectural tradition.

We explore the archaeological investigation of brochs, considering both architectural design and structural engineering, and explain how we can read the ruins today, describing the various structural components that can be found in both unconsolidated ruins and consolidated structures. Fictional voices from the past describe the building of a broch, while contemporary voices from across Scotland’s vibrant heritage sector describe a wide range of cutting-edge work, including archaeological excavation, conservation management, heritage interpretation and digital documentation.

Step back in time to imagine the construction of a broch in stone and timber, and ask yourself what it meant to build a broch.

The booklet aims to help teachers use the study of Scotland’s brochs as a cross-disciplinary classroom topic as part of the Curriculum for Excellence (Third Level), blending history, geography, English and the creative arts. As both reference material and learning resource, the booklet uses a popular communication style and bold design to prepare the practitioner with detailed knowledge and innovative ideas for their learners. Using this booklet, readers will explore three interlinked themes running through broch studies.

Recognising the various processes at work within the timespan between construction and collapse is an important step towards becoming a broch investigator, as is appreciating the differences between unconsolidated ruins and consolidated structures. Learning to spot these clues within the structure helps us to better understand the various narratives at play, and imagine the key moments in time.

To Build a Broch will also soon be available in Gaelic.